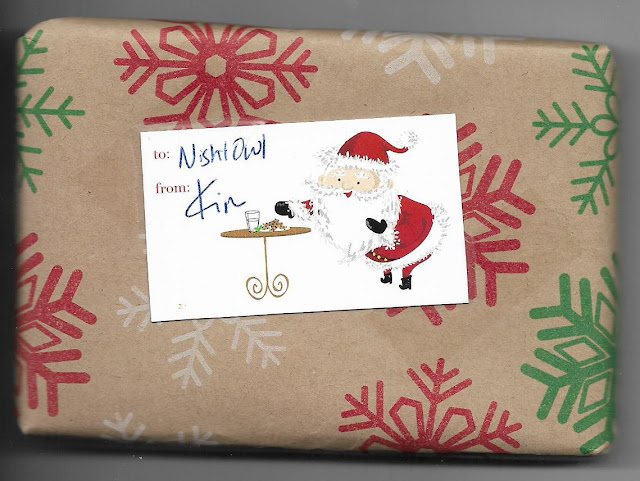 If you are going to send me a Christmas package and you're focusing on cards of specific teams, you can't do any better shopping than to be able to cram that package full of Dodgers and Sabres.

Out of all the teams in the world -- and there are many of them, most of which I don't care about one wit -- the Dodgers and Sabres fit me perfectly. They are about the only team-oriented cards that interest me. In short, they are just my size.

So it means a lot when a fellow collector tailors a package to my specific interests. Kin of Bean's Ballcard Blog knocked it out of the park/lit the lamp in overtime with a Christmas-themed card package recently. Not only did he keep the cards to Dodgers and Sabres, but it is obvious that he both looked at my partially completed want lists and paid attention to what I write, even the "I have very specific tastes" parts.

That is the kind of gifting that would put department store return desks out of business. This is all stuff I can USE. 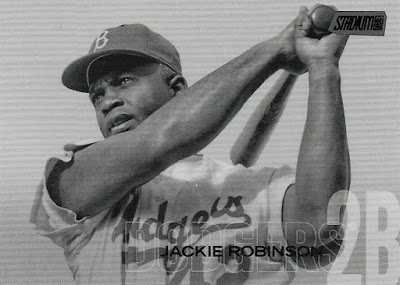 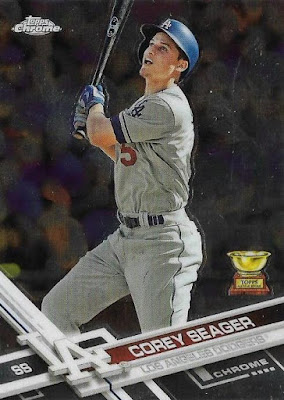 Dodgers first, because they're the one true team I follow completely. Both of these cards are base set needs. I started losing track of the Dodgers base cards that I needed around about 2017 so it's not difficult to find stuff from post-2016 that fill holes. You just have to hope that I've had the energy to put up a want list. 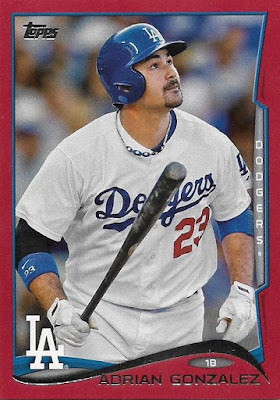 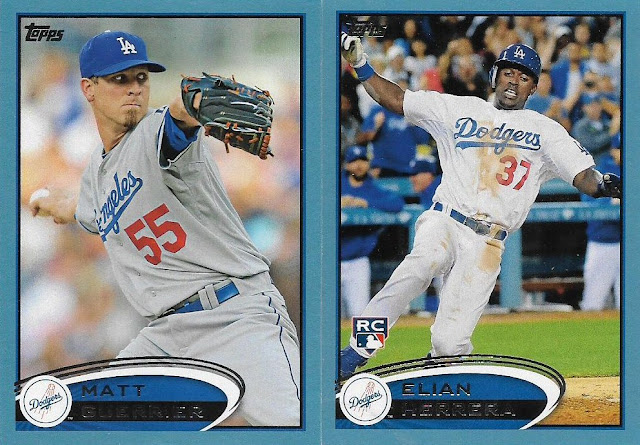 Ah the good ol' days when parallels were PARALLELS. Raise your hand if you miss borders, and if you don't, I'm going to raise both my hands to account your obstinate behavior. These cards really meant something at the time and it's a hoot to get them after several years have passed. It makes me remember how urgent it was to land these back in 2009-14. Like spend-too-much-money-for-basically-the-same-card kinda urgent. 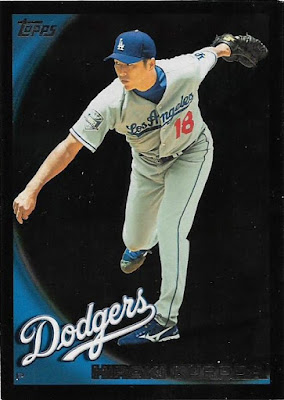 My favorite of the parallels Kin sent. The Walmart black cards from 2009-11 were quite a sensation -- and by that I mean collectors nearly burned down Walmarts when they started pulling cards with blacked out backgrounds that NOBODY TOLD US ABOUT AT ALL. To this day some aren't easy to find. I'm glad 2010 Hiroki black is finally mine. 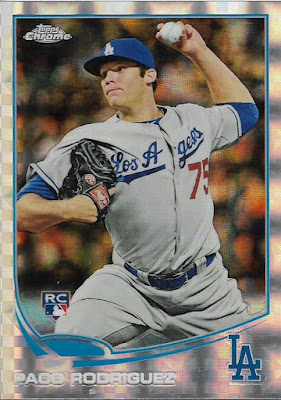 Xrefractors were also a big deal five years ago. They don't mean as much to me as they did then, probably because xrefractors were a lot easier to determine than refractors, but now I don't care about refractors anymore and my days of salivating over chrome are probably behind me, too, which makes me feel sad and old, and girls won't look at me anymore, but, yeah, it's fun to remember when we Dodger fans thought Paco Rodriguez was the answer to our bullpen issues. 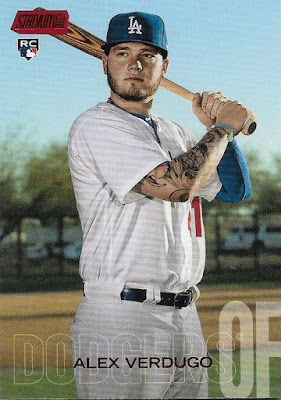 These are the parallels we have today, which means I have zero desire to chase them. That's a good thing because nobody should be chasing parallels ever. They should be taking that money to feed the poor. But it still makes me sad that parallels now replicate boring '90s parallels, which were never cool because foil is made from baby cows (look it up). 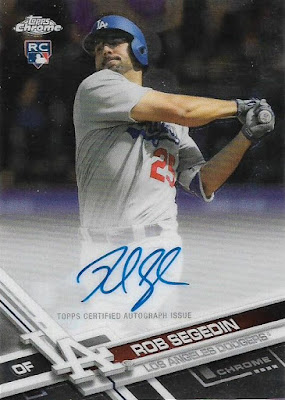 The rest of the cards in the package -- meaning the majority -- were Sabres cards. Kin told me up front he had several Sabres cards for me.

The cool part is the cards are exactly what I want from the Sabres. My interests in the Buffalo boys center around the days when I covered the team (around 1988-92), their black-and-red days (turn of the century) and the current team. That's about it (although Dominik Hasek is always fair game). Kin's Sabres cards -- just about all of them -- came from those periods.

He single-handedly bumped my Jack Eichel collection into double digits. 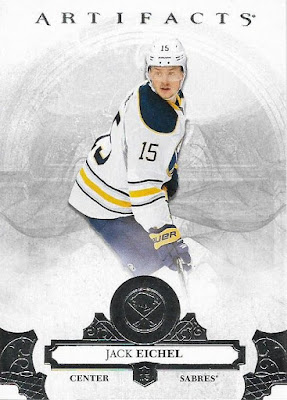 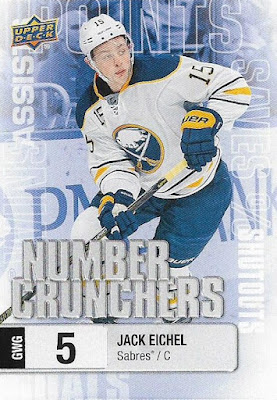 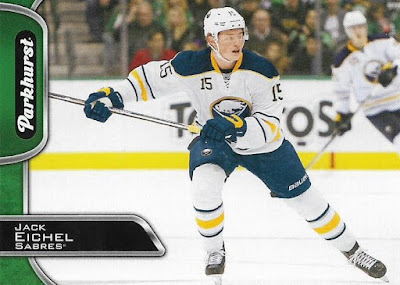 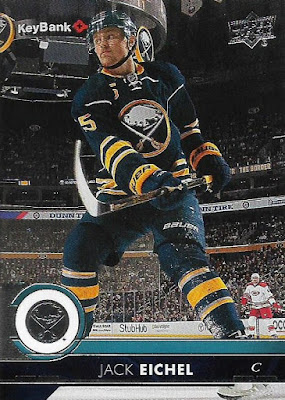 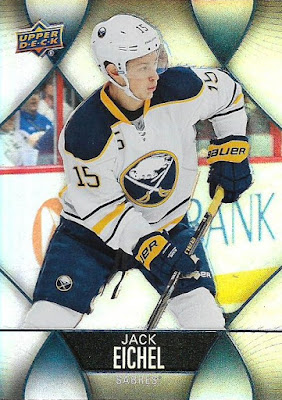 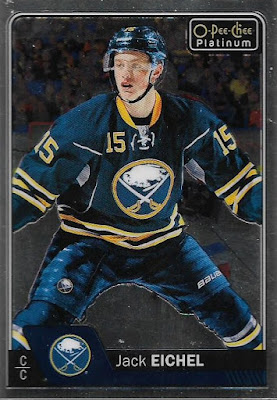 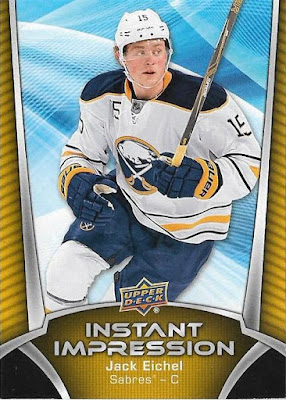 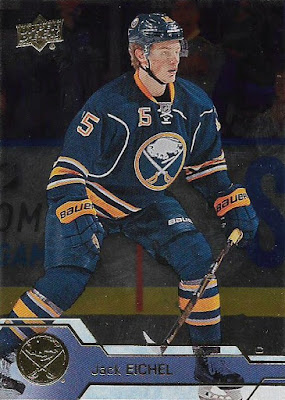 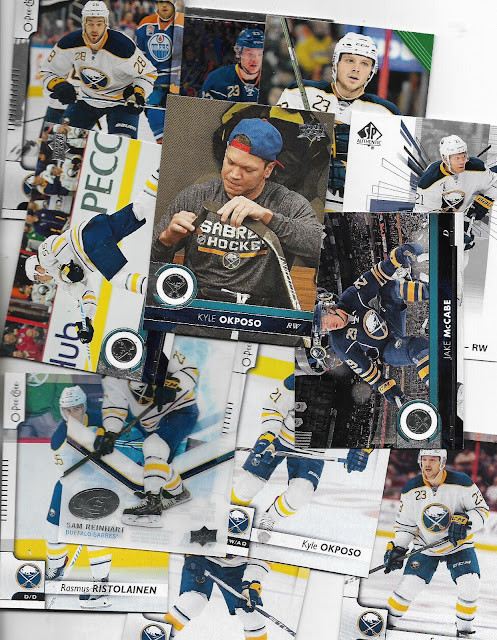 Some Young Guns cards that the hockey prospectors like a lot. They don't mean much to me. But I do want to add that I am always jealous of hockey cards' use of ice blue in their design themes. It's a phenomenal color (I love hockey card backs from the '70s and '80s). It needs to be used in baseball sometimes. 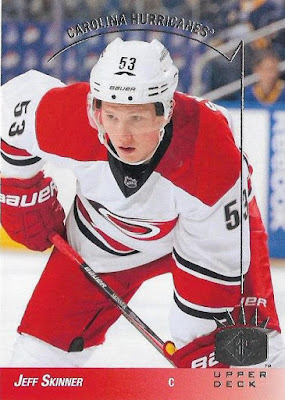 You can tell Kin follows hockey because he added this card of Jeff Skinner, who is now a Sabre and has been Buffalo's overtime machine since they got hot in November (they've cooled off, falling from first to third). Normally I don't collect cards like this, but until Skinner gets his own Sabres cards, I will hang on to it. 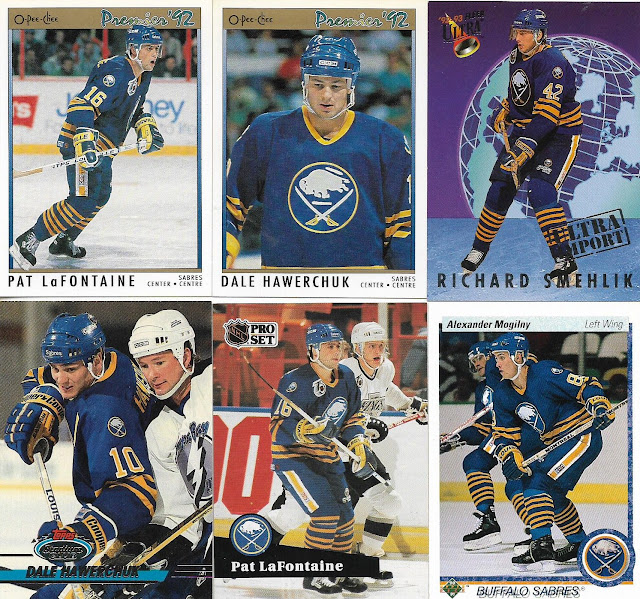 Most of the rest of the cards were from when I worked my way into the Sabres locker room (it stunk to high heaven). I get tired of the designs used in the early '90s, but I never tire of the 1991-92 Pro Set cards. That LaFontaine card brings it all back. 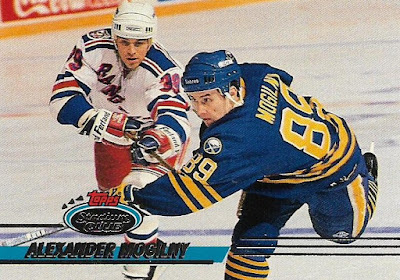 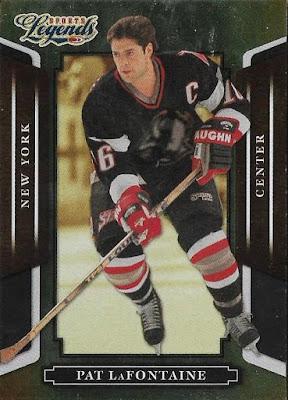 Only one card in the package showed the Sabres' black-and-red uniform and it's not someone I associated with the uniform. According to the stats, LaFontaine played in only 13 games in the uniform in his final year with the Sabres in 1996-97.

There were several other Sabre cards in the collection, including a few Jason Pominvilles from his first tour with the Sabres and a couple Ryan Millers, another goalie that I will not turn away when it comes to his Buffalo cards.

Kin definitely hit the mark with these cards and it's probably one of the best Christmas presents that I'll get this year (just a hunch). There will be no re-gifting, no trudging back to the store and standing in line, no proceeding to then get what I REALLY want.

Kin said…
I'm surprised that I was able to hit so many needs, but I'm happy that I did. And yes, I did look through your want list hoping to find things I'd know you'd be able to place into your collection.

Merry Christmas to you and yours!

buckstorecards said…
I hopes there's not too much overlap with this and the Sabres in the package I just sent your way.
December 21, 2018 at 8:00 PM

Peter K Steinberg said…
Kin is a soothseer of cards the man has a suck sixth sense for hitting the right spots
December 21, 2018 at 8:12 PM

Coast To Posts said…
Awesome package of cards. Kin sure loaded you up with some stellar Eichel cards. I’ve never seen that Number Crunchers insert set before.
December 22, 2018 at 7:15 AM

night owl said…
Overproduction ruined a lot of good designs from that period -- like hearing the same song too many times on the radio. You know, overkill.
December 22, 2018 at 10:00 PM

Bulldog said…
The 90's were hit or miss for me as far as designs go across the sports. A ton of cool cards there. Especially those hockey cards. Fun stuff and great job by Kin!
December 24, 2018 at 11:16 AM

bbcardz said…
Congrats on receiving a fantastic Christmas package, especially when the cards are collection essentials.
December 24, 2018 at 2:31 PM