This Kershaw card collector still doesn't have everything 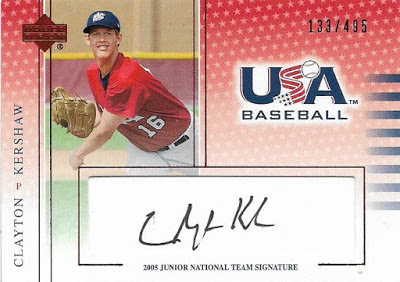 I don't pretend to have the largest collection of Clayton Kershaw cards or even think those cards are the focal point of my collection.

But I do own a lot of his cards. My stockpile eclipsed 600 different Kershaw cards earlier this year and the pace seems to be picking up lately as I rocket toward 700.

Because I started accumulating Kershaw's cards from the time he was barely into a Dodger uniform my collection is varied and vast. It contains cards of a teenaged Kershaw, such as this autographed version right here. The last time I showed this card two years ago, it was listed for $170 on COMC. There is now one version of this card on COMC and it is "on sale" for $265.26.

My collection features autographed cards, relic cards and every color of the parallel rainbow. It's also fairly blessed with a number of rookie cards, which aren't exactly easy to get these days.

However, I've never been able to obtain probably the most coveted of all Kershaw cards. His 2006 Bowman and Bowman Chrome cards somehow escaped my grasp, even when he was fairly unknown. That just goes to show you how rabid Bowman prospectors are: they'll hold onto any card until the player proves they're not going to be a big deal.

So, I don't own the Kershaw '06 Bowmans, except for the Heritage versions and a couple inserts. But that's OK. I am swimming in Kershaw cards. What does it matter?

Several days ago, I received a package from Adam of ARPSmith's Sportscard Obsession. "Hope you can use some of these," the note said. 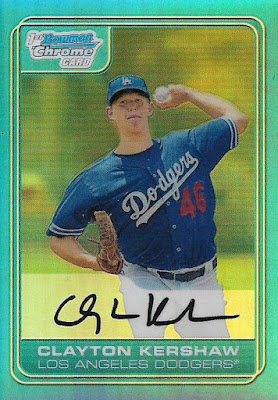 OK, I admit for a minute I thought it was the 2006 Bowman Chrome card. The refractor version. It doesn't help that the date copyrights on backs of cards are so damn small.

No, this is a reprint version of that card, issued in 2013, in which Bowman reprinted many famous rookie cards with a "blue sapphire" theme. I have a couple different Dodgers from the reprint set, but of course didn't have the Kershaw because even a reprint of the '06 Bowman first card is a big deal.

It's still a spiffy card and cool coming from a known Giants fan.

I feel a bit silly getting temporarily hyped up about the card and then coming down and showing the other cards in the package, but I'll do it. There were a couple of other Kershaws in the march toward 700. 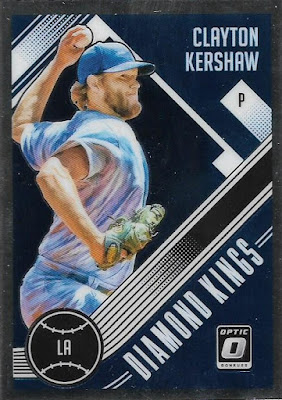 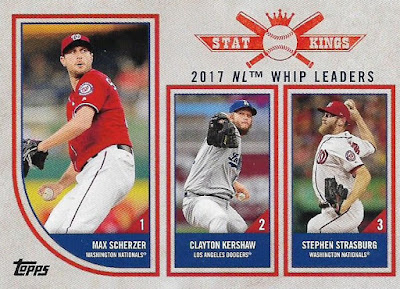 I appreciate the Optic Diamond King just because with the parallels of that card I've been receiving lately, I started to wonder if it would be one of those cases of The Elusive Base Card. 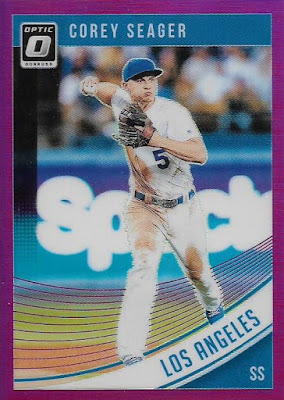 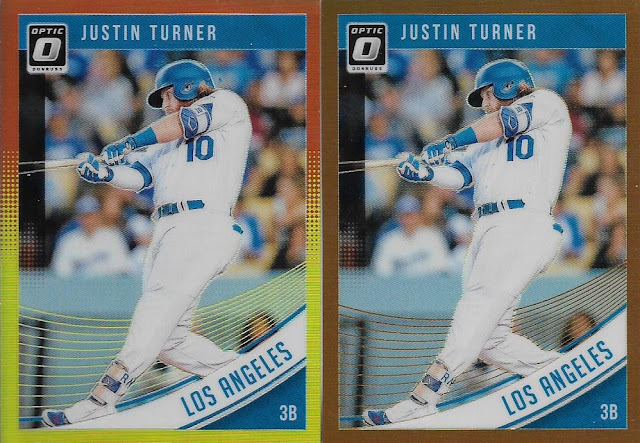 Panini has gone out of control with its parallels in Donruss this year. 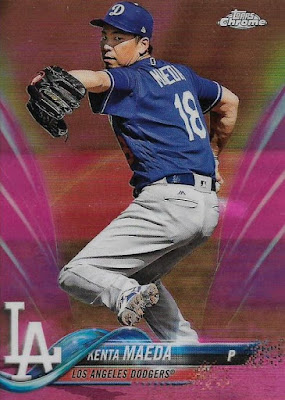 Now Topps is doing stuff like this and Panini's got the borders with their no-licensed cards and ugly base design.

Quite a different world than when the border parallels first became a thing. 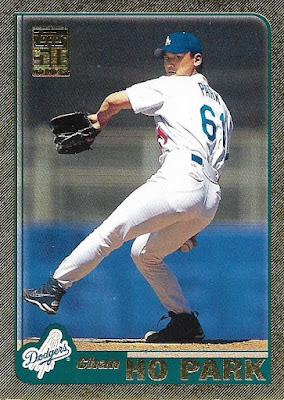 Here is one from 2001 Topps. Not the prettiest parallel, but let me show you how proud Topps was of border parallels then: 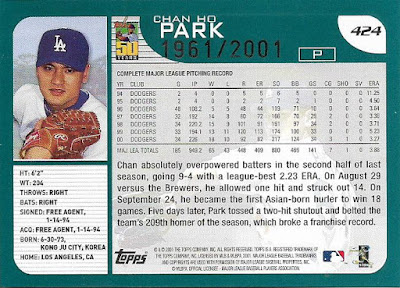 LOOK AT THAT SERIAL NUMBER! TOPPS WANTS YOU TO SEE THAT! 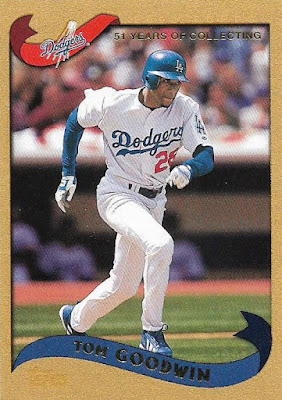 There's another goldie parallel I needed. 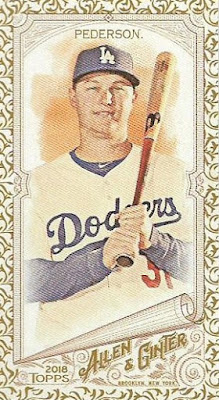 And a present-day border parallel. At least Allen & Ginter knows the power of a border. 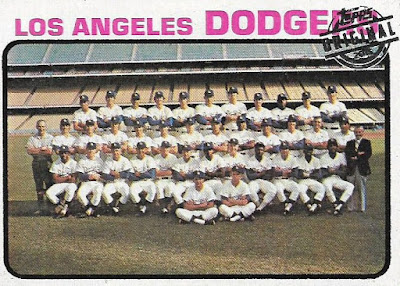 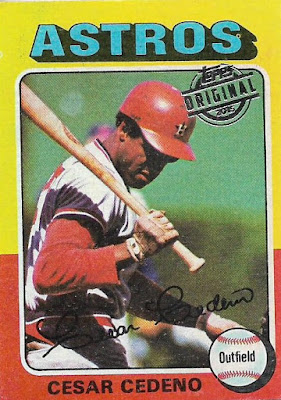 Adam also sent a couple of buybacks. I never know what to do with Dodger buybacks that aren't from 1975, but the team card buyback is kind of cool. The '75 Cedeno I own already. It may be good for an upgrade, although I don't want to get into the business of upgrading buybacks.

Here's an idea for upgrading buybacks: find a way to remove the stamp.

Anyway, I'm still in need of the 2006 Bowman Chrome Kershaw card. I don't know if I'll ever get it and for years I've convinced myself that it's not necessary to the collection.

But I think by my false-alarm reaction it's apparent that I care about it a little.

Johnnys Trading Spot said…
You have an impressive Kershaw collection!
December 30, 2018 at 7:48 PM

kcjays said…
According to Trading Card Database, there are 7,325 different Clayton Kershaw cards.
The collector with the highest total is someone named eganz. His total is 2,267.
If you were to enter your collection into the database, you'd be number two. The next closest collector has 325.
I'm in 155th place with 36.
Wishing you all the best in 2019.
December 30, 2018 at 11:31 PM

Fuji said…
I'd love to add a 2006 Bowman Chrome Kershaw to my collection one day too, but I doubt it'll happen unless I win the lottery. Those autographs sell for crazy money.
January 1, 2019 at 6:09 PM