Three for the road 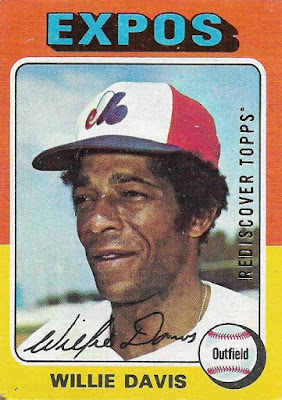 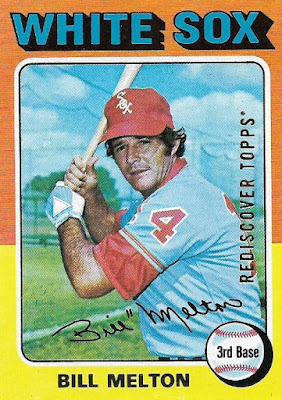 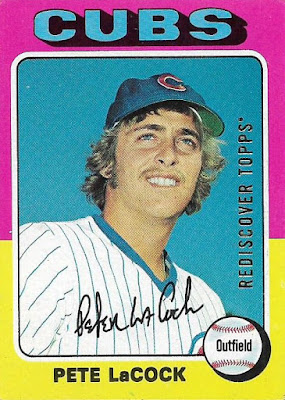 These are three 1975 Topps buybacks off my want list that came in a PWE from Dennis of Too Many Verlanders. He said he saw them at a card show, thought of me, and shipped them out in time for Christmas.

These three cards get me to 259 cards from the set in my completion task, or 39 percent of the 660 cards in the set (although who knows how many are represented with buyback stamps).

They are also three titans of 1970s baseball, the kinds of players that I don't think deserve to be marked up with a stamp, let alone be available so easily. Willie Davis was a center field star of the 1960s and '70s for the Dodgers, Beltin' Bill Melton slammed 33 home runs in both 1970 and 1971 for the White Sox, and Pete LaCock is a baseball card legend who is the son of Peter Marshall, the longtime host of the Hollywood Squares game show.

Think of all the great pulls you've made over the years -- the triple autograph cards and four-quad swatches -- that's the feeling I got when these three cards came out of the envelope. These are special.

I like this collecting project for a lot of reasons -- the fact that it allows me to continue to collect '75 Topps, the "rescued dog" aspect of it as I save poor, stamped '75ies, and that it's like going on a journey with no known ending in sight.

At the beginning of this year, I estimated how many '75 buybacks there might be. But even that is an uncertain number that could change over the years. I am just along for the ride on this project, eager to see where it takes me.

In 2018, I added about 50 buybacks to the quest. That will probably be it for the year.

There couldn't be three finer ones to complete the year as I head into 2019 on this journey.

Three for the road.

steelehere said…
I looked up Peter Marshall after reading this post. Can’t believe he’s in his early nineties now. Time definitely flies by.
December 23, 2018 at 8:03 PM

Jim from Downingtown said…
It's surprising, the number of celebrities over 90.

Olivia De Haviland and Kirk Douglas (both over 100).

Defenders50 said…
Fun. It's like getting to re-collect a set all over again.

Also, Pete Lacock is Pete Marshall's son. Huh! I'm too young to have a ton of associations with Hollywood Squares, but even I've seen it often enough in those Best of Gameshow moments clips.
December 24, 2018 at 11:34 AM

Dennis said…
I didn't realize you'd made that much progress on the buybacks, that's great! Merry Christmas, Greg.
December 24, 2018 at 2:35 PM

Steve at 1975BaseballCards.com said…
I’d pick these up if they were staring me in the face at a card show. But I'd never get enough to know how many 75's were stamped. So it's good there's someone at the helm to crack that mystery.
December 24, 2018 at 3:41 PM