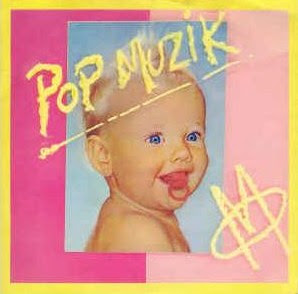 I've mentioned the year several times in previous posts. It was a year that formed some of my views on life and a year that produced some meaningful moments and lessons that I follow to this day.

It was also the year that I began to appreciate music for more than what was played on the radio. I made my first store purchases of music in 1979, most of them coming in the form of 45s, because I couldn't afford an album.

One of those 45s was "Pop Muzik" by M. I adored this song. It was unlike anything playing on the radio at the time (we were still on the disco down slope), and its quirky, robotic nature appealed to me. I bought the record at a guitar shop on the same street where I bought baseball cards. I proceeded to play the hell out of the Robin Scott masterpiece ("New York, London, Paris, Munich") and its B-side, "M Factor".

"Pop Muzik" is one of the one-hit wonders that reached No. 1 on the Billboard chart. It also arrived in the middle of what is the heyday of one-hit wonders as far as I'm concerned. Also playing on the radio along with "Pop Muzik" during the fall of 1979 were these one-hit favorites: 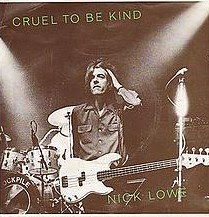 "Cruel To Be Kind" by Nick Lowe 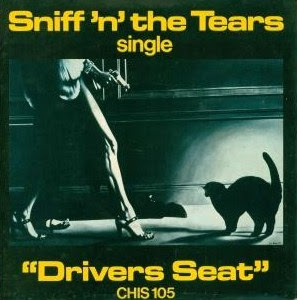 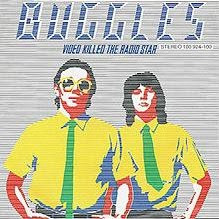 "Video Killed the Radio Star" by the Buggles

Throw in "Rapper's Delight" by the Sugarhill Gang, which actually peaked in early January of 1980, and "Knock On Wood" by Amii Stewart, a No. 1 disco hit in April 1979, and the year '79 is one of the most memorable for me when it comes to one-hit wonders.

"Drivers Seat," in particular, might be my favorite one-hit wonder song of all-time and remains a regular listen on my various music devices.

And you would be exactly right.

This is a prime period for players who received just one card in their career. The year 1978 featured 10 one-card wonders in that year's Topps set. The 1979 Topps set is almost as solid with nine one-card wonders. 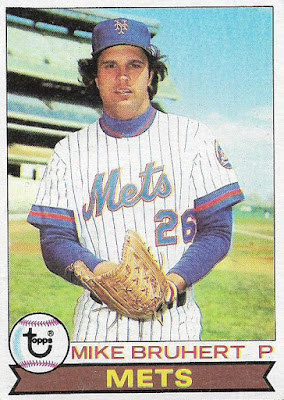 The '79 set would have matched 1978 Topps if I could have included the following player: 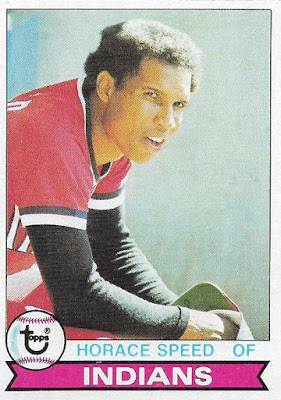 The wonderfully named Horace Speed did indeed receive just one Topps card and that was in the 1979 set. 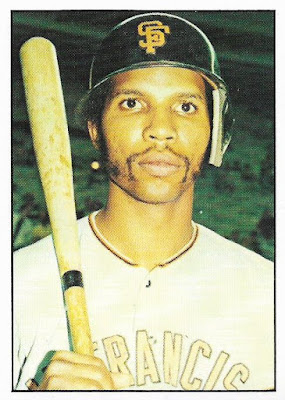 But he also appears in the 1976 SSPC set, so that disqualifies him.

Also disqualified are any players whose only appearance came on one of the three-player rookie cards that were in the 1979 Topps set. I'm only acknowledging players who received there own card.

But nine cards is still quite a bit and the reason for that I think is the increase in Topps' card set from 660 cards to 726 cards after the 1977 Topps set. I've already calculated the 1980 Topps one-card wonders and there are seven in that set. After that, Donruss and Fleer get into the act and the number of one-card wonders have shown a decrease in the 1980s so far, and I expect that to continue.

Zippy Zappy said…
I have a theory that the one-hit wonders often best represent the sound/trend for a certain year/time period. Like how Living In A Box sounds as 80's as it gets.
December 28, 2018 at 7:47 PM

Brett Alan said…
1979 was a fantastic year for music. I, too, loved both sides of that M single--the moment I saw you posting about that song I thought "what about 'M Factor". "Driver's Seat" is indeed awesome and I love Nick Lowe. Another great one-hit wonder from that year is "Romeo's Tune" by Stever Forbert.
December 28, 2018 at 8:37 PM

Jamie Meyers said…
If you define "one hit wonder" as an artist who only hit the Billboard Top 40 once, it's stunning how many of my favorites fall into that category, and from that era. Warren Zevon, Randy Newman, Bruce Cockburn, Graham Parker and Steve Forbert all qualify. Every one of them has had long and very accomplished careers but just not so much on the pop charts. Nick Lowe's an incredible writer and musician as well who continues to make good music today, but yup, just one hit of his own. BTW, I believe M is one of the very rare artists who had one Billboard Hot 100 single but it went to # 1.
December 28, 2018 at 9:01 PM

Tony Burbs said…
Had not heard Driver's Seat before tonight and I must say, I've been missing out. Thank you for the new addition to my music library!
December 28, 2018 at 10:40 PM

Simpson said…
given you liked new york, london, paris, munich, you really should check up m's follow up 'official secrets act'... a little less radio-friendly maybe, but it's kind of a concept album, and imo, his best work.
December 28, 2018 at 11:34 PM

JediJeff said…
I thought there had to be more OHW in 1979, but man - there is total shit on this list:

However, this song REALLY caught my eye:

Commishbob said…
Not sure what to make of the fact that there are no Orioles listed among those one shot card guys. Or the fact that none of that music is familiar to me.
December 29, 2018 at 10:28 AM

Peter K Steinberg said…
This is a neat list & project. Thanks for putting it together. Some of those songs I don't think I know by title/band but will try to find them online to see if I actually know them by sound.
December 29, 2018 at 12:30 PM