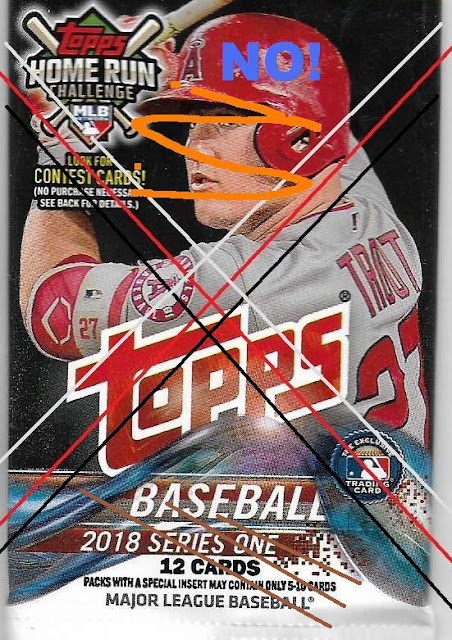 I've encountered a variety of Christmas trading card gift adventures over the years of this blog.

From an autograph pulled from a Bowman retail pack (sister-in-law), to a mess of autographed cards of various despicable past San Francisco Giants (wife), to a selection of glossy photos of stars that may or may not have been signed by the players featured (parents), to a tampered-with repack (sister-in-law again), it's been one story after another of loving swings ... and, to be honest, misses.

One family member, though, has never gone big in her yuletide attempts to add to my collection. If my daughter has gotten me cards, it's always been straight from what you can find in the retail aisle. She has never collected baseball cards, but she buys cards just like her dad.

My daughter is now away at college and she doesn't have a lot of time or money. But she insists on Christmas shopping.

I supplied a list of gift wants, as I always do. I usually include some kind of card request on the list, but I keep it general, basically listing what kinds of packs I'd be interested in opening: Allen & Ginter, Stadium Club, etc. I can't get too complex for noncollectors. I'll scare them off!

This portion of the Christmas list sometimes gets ignored and sometimes doesn't. If anyone is going to pay attention, it's likely my kid will take a peak.

This year, due to my lack of enthusiasm for 2018 cards and the general mood surrounding my everyday life (how can I ask for cards in a time like this?), I thought about not including any requests for cards at all, for the first time in I would say at least a dozen years.

But I couldn't go that hardcore. So I added simply "baseball cards." No specifics. I'll be grateful with whatever you find me.

OK, so I added after "baseball cards," in parentheses, "anything except 2018 Topps Series 1".

That would at least eliminate the chance of another Chance Sisco card.

I also figured this would give whoever was adventurous enough leeway to get whatever she could find: Update, Heritage, Stadium Club, Allen & Ginter, Opening Day, Fire, Gallery, Bowman, Panini Donruss (ack!), anything. That would make the card shopping easy.

Turns out nothing's that easy to a noncollector.

My daughter saw the stipulation (No 2018 Topps Series 1!), but for some reason read it as nothing from 2018 at all. She went looking online (as all people her age do -- what's a card aisle?) and could find nothing but 2018 product.

But after encountering a few road blocks, she was not deterred.

This is what slid out of the Christmas card she gave me: 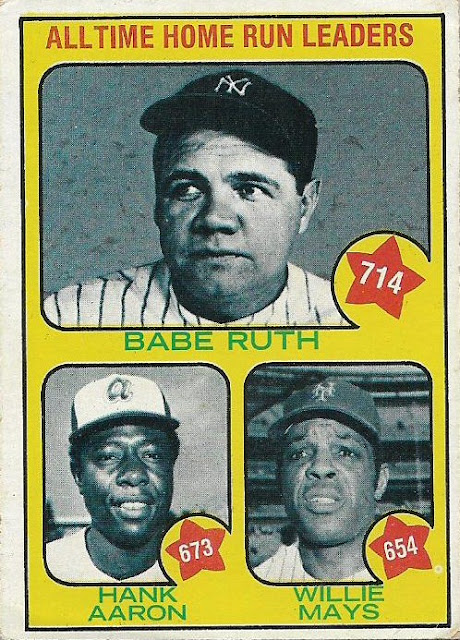 One of the 44 cards remaining for me to complete the set, and a key one, too.

Inside the card she wrote: "I hope this is the right card because I have absolutely no idea!"

After I saw the card, she explained the shopping problem she had and then how she happened upon this card.

"I went on your blog and saw your wish list."

Now, I know my daughter checks out my blog from time to time. She thinks it's very cool, and, yes, I'm mentioning that because a 20-year-old thinks something I do is cool.

But I had no idea that she would know where to look on there for cards that I need. And land one so needed!

This opens up a whole new world! Wait until she sees my want lists!

She did well to illustrate the angst that goes into a noncollector shopping for cards for a collector. We don't realize how foreign a task this is because it's about the easiest thing in the world for one of us to shop for cards. But for her, it was fraught with questions: Is this the right one? Is this the right price? All the prices seem too low! Is this a cheap knock-off?

I explained to her that she had done good. Very good. Far better than if she had actually bought some of that 2018 product that she believed was off-limits.

And she had done something that very few people in my life have done when it comes to this hobby:

Buy exactly the kind of card I want for Christmas.

Chris said…
Very nice! Even if this wasn't a set need, the fact that your daughter picked a single non-recent card with these legends depicted would be a win. Even better that she thought to search your wantlist.

You're spot-on about scaring off non-collectors with specifics. My (wife's) family knows that you can almost never go wrong buying me cards, and I'm always grateful when they do. That said I mentioned two sets to my wife as suggestions: 2018 Topps (haven't finished S1 or S2) and Big League. She got me a fat pack of Update (..so close!)

Angus said…
Awesome! I can imagine how thrilled, and shocked, you were to see it.

Old Cards said…
Saw this on your want list, so the moment I saw the scan as I was scrolling down, I knew you were going to tell us your daughter had hit a homerun with Dad. Don't have kids, but if I did, I would want a daughter like yours.
December 26, 2018 at 10:18 PM

bbcardz said…
Gotta love it when a daughter hits it out of the park! Congrats on a great card and an awesome daughter!
December 27, 2018 at 2:04 AM

Mike the History Teacher said…
It's really cool that after you finish the set, the very first card in the binder will always remind you of this Christmas and a really special father-daughter bonding moment.

I look forward to reading, hopefully in 2019, the post where you celebrate getting your last needed 73 Topps.

Nachos Grande said…
Awesome, indeed. I need to remember to raise my son to know how to read daddy's want lists!
December 27, 2018 at 9:38 AM

Bulldog said…
That's a great story behind a cool gift and card. I love it. She did you well. Like you my families attempts have not been so great...set of '87 Topps. But normally they just leave that be so your daughter went so above and beyond. Great stuff.
December 27, 2018 at 4:11 PM

Robert said…
Well done. You gotta love that someone other than us collectors pays attention to the Nebulous 9 list!!
December 27, 2018 at 8:49 PM

Fuji said…
That's awesome! This card would have been awesome even if you didn't need it for your set or if it wasn't a gift from your daughter. However the fact that this card will forever have a sweet story behind it makes it truly priceless.
December 28, 2018 at 12:10 AM

Anonymous said…
Wonderful! One step closer to set completion, and you'll always remember where that card came from.
December 28, 2018 at 2:32 PM

Adam Kaningher said…
Took me a few seconds to realize that Aaron and Mays had yet to reach their final totals. Nice gift!
December 30, 2018 at 3:38 PM