When Kemp was king 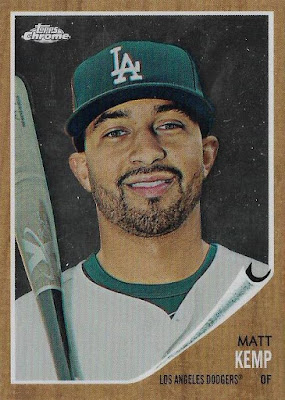 Matt Kemp's been gone from the Dodgers for three years now. I barely pay attention to him, which would be surprising to anyone who read my blog five or six years ago.

I looked up his stats with the Braves this season and he's off to a pretty good start. But he's going to have to keep that going if he wants to match the year when Kemp was king.

That would be the year when the above card was issued. The year 2011.

Kemp put up the best numbers of his career that season and should have won the National League MVP award. Instead it was stolen by a PED creep and don't think that a lot of people have forgotten it. A lot of people won't. I know I won't.

The last couple of offseasons there has been discussion of Braun coming to the Dodgers. Wouldn't that be interesting? Kemp no longer in L.A., but the guy we Dodgers fans disliked so much in L.A? What would you think about that, night owl, hmmm?

I've gotten that question a few times. I won't answer it. You're asking me to talk about rumors. Rumors I don't want to hear.

Anyway, I dredged all this up because I received a few Kemp cards from when he was king, and otherwise, from Kin, who runs the blogs I Feel Like A Collector Again and Bean's Ballcard Blog. 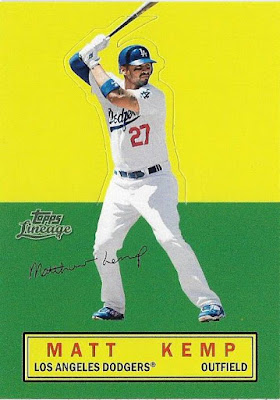 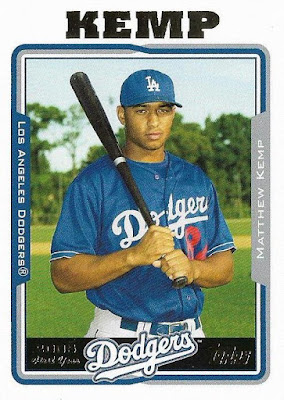 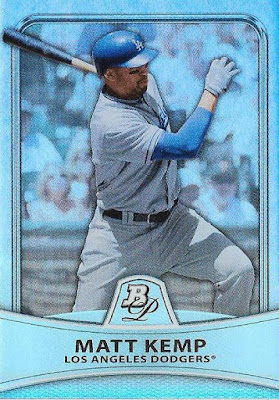 I happen to own the 2011 Kemps already because I was collecting his cards vigorously at the time. But it's always nice to get a second Lineage stand-up card so I can stand one up! And who has too many Kemp first-year cards? Nobody, that's who.

The 2010 Bowman Platinum parallel card, however, is new to my collection. I really wish it did glow that glorious blue color, but sadly that's just the scanner's interpretation.

There were a few non-Kemps in the envelope, too, including several I needed. 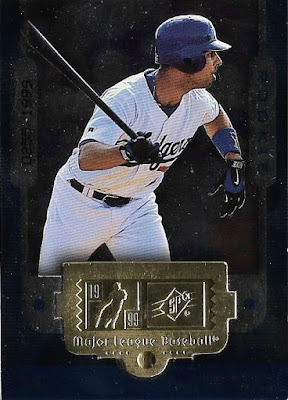 You all know this Upper Deck SPX card of Alex Cora from 1999 is very foily and shiny because it scans like crud. 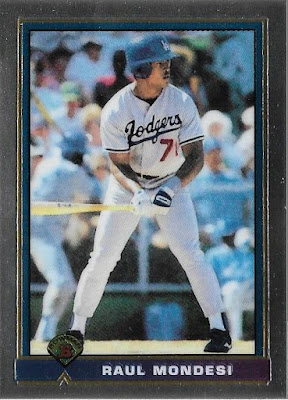 A 1998 Bowman Chrome card from the reprint series from that year. Good luck tracking down the year if you didn't collect then. There is no reference to when it was made anywhere. 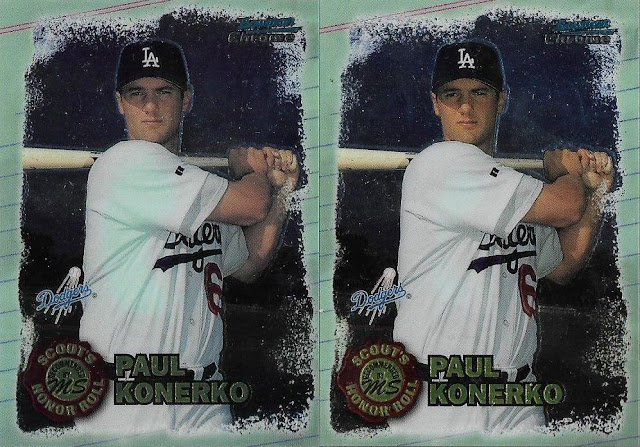 And not one, but two 1997 Bowman Chrome Paul Konerkos. You'd think I'd have all the Dodger Konerkos by now. But that's silly thinking because Konerko happened to be a rookie in the late '90s.

Thanks for the cards, Kin!

Brett Alan said…
I found out the hard way about those Bowman Chrome reprints. Found the Robin Ventura in a dime box and bought it thinking it was a parallel from the year the design was issued. Obviously I'm not too concerned at that price, but, yeah, really didn't know what it was.
May 20, 2017 at 11:16 PM

Fuji said…
I'm glad to see Kemp is having a big season. I liked him while he was with the Padres. Just wish Topps would have produced an autographed card for him during his short tenure with them.
May 21, 2017 at 9:50 AM