December 29, 2015
It looks like I won't have the ability to put together the usual Night Owl Cards end-of-the-year festivities this year. Too much making merry, I guess.

That kind of sucks because I do love to tie a bow on the past year. So maybe you'll see it even when we're a few days into 2016.

Meanwhile, I thought I'd quickly wrap up one project from 2015, and that's wallet card.

Wallet card began at the start of the year over at Baseball Card Breakdown and everyone was enthusiastic about it, including me. But only a few people kept up that enthusiasm, especially after Junior Junkie ran away with the contest portion of wallet card about 15 days into the thing.

My enthusiasm started strong then weakened quickly. My mission, unlike those who used wallet card as a travelogue, was to study the wear-and-tear on a card residing 365 days in one's wallet. I didn't even fully succeed there because I changed my wallet card in early March.

Let's face it, my heart just wasn't in it.

But you've got to see the final product. So here are the two wallet cards at the end of the year: 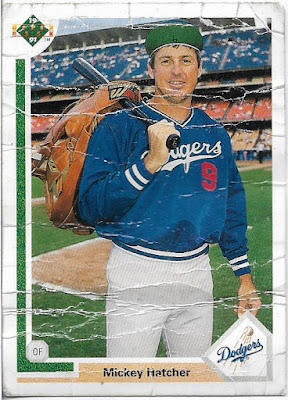 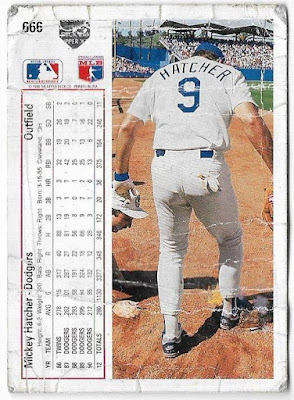 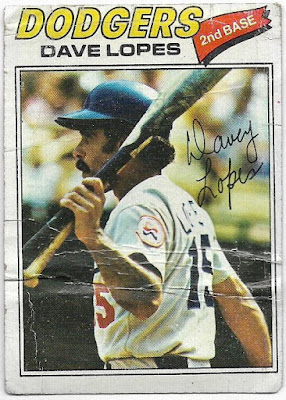 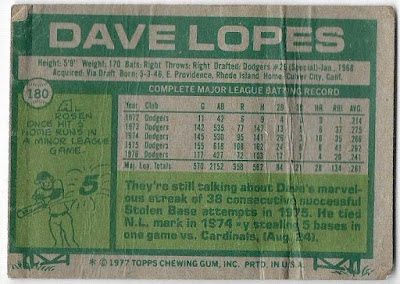 Click on the images and you'll see an abundance of depreciation. The Lopes card is so curled that I can't get it to lie flat on the scanner. I'm happy to see paper loss on the corners of both cards and the number of creases is easily in double digits.

My wallet cards didn't see the light of day much in 2015. I took them out when I had to go through my wallet or for the occasional post. I didn't photograph them in any of the places I went because I could never think to do it at the time ... and I didn't go to a lot of interesting places either.

So, there you go. That's the end of the experiment.

Welcome to the outside, boys. Now go play in a shoebox.

defgav said…
Just today, I started drafting up my "Wallet Card Recap" post encouraging people to share images of their post-year cards, even if they didn't fully embrace the whole "taking neat photos with the card" concept. I'll probably publish that January 2nd (one year anniversary of the original post), but you're ahead of the game! Mickey and Davey are looking good!
December 29, 2015 at 10:08 PM

Great to see the best pitcher of our lifetimes survive such an ordeal again!

Here's hoping our beloved Dodgers don't end up like Mickey and Davey in 2016...

Fuji said…
Love the wear and tear your wallet put on these two cards. I went with a Skybox Emotion card, which was way too thick... and ended up with minimal wear :(
December 31, 2015 at 10:00 PM