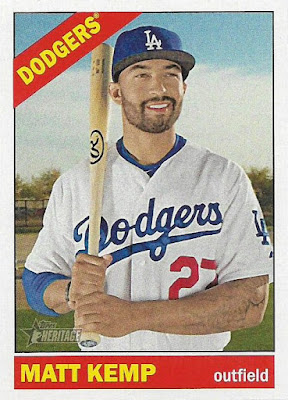 Several years ago, I mentioned that the 1988 World Series Dodgers team featured an inordinate number of players with a last name starting with "H" -- 10, by my count.

I wondered whether that was a record for a World Series team and said I'd do research someday. Now, here it is more than six years later and I haven't done a thing.

Instead I've moved onto something else -- have you noticed how many players crucial to Dodgers lore have last names that begin with "K"?

This involves both recent history and distant history. Both Wee Willie Keeler and Brickyard Kennedy were notable Dodgers a long, long, long time ago. But the most recent "K" names is what has brought this to my attention.

Recently, Chris of Nachos Grande sent me a PWE of Dodgers cards. Almost all of them were "K" names. Only the Kemp card above wasn't included. 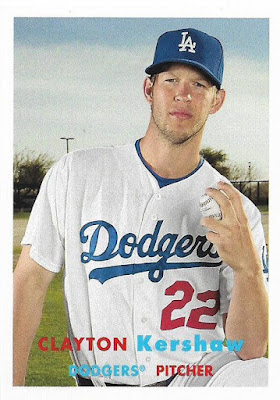 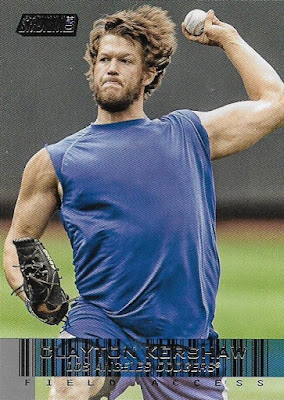 Instead he included that other notable "K," who paired with Kemp for about eight years for the best K-K combination in the majors. Chris is an expert at pulling Clayton Kershaw cards; I wish I had his touch.

The top card is the No. 1 card from this year's Archives, a set I ignored this year because I am allergic to bullshit (i.e.: astronomical-odds shortprints in the base set). The bottom card is the Field Access insert from last year's Stadium Club. I loved 2014 Stadium Club as much as this year's, but I restricted myself to the Dodgers. Also, I didn't bother searching out this card because it features two baseball card faux pas -- one, Kershaw isn't wearing a cap; two, he's dressed like a gym teacher. Possibly the worst Kershaw card of all-time. 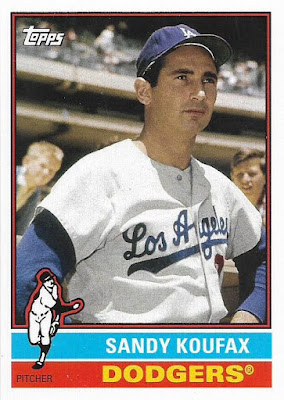 More Archives, more "K" names. This is the Dodgers' most famous K. The best part of this card, obviously, are the two '60s kids peaking into the frame. Kool. 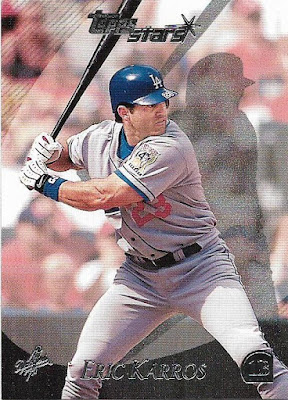 Chris even went back into time for another notable Dodger "K" name, Eric Karros. The shadow is a nice touch for Topps Stars.

When Kemp was traded to the Padres, the Dodgers promptly went out and got another "K" name, Howie Kendrick.

It appears that Kendrick will be on the move, so that will leave only Kershaw on the "K" list. Unless I want to include Kenley and Kiki, or Gabe Kapler in the front office. But the tradition is still strong with recent players like Jeff Kent and Hong-Chih Kuo and even the brief beginnings of Paul Konerko. If I want to go back before my time, I can include Andy Kosco and Clyde King.

The Dodgers don't corner the market on great "K" names. Harmon Killebrew, Al Kaline, Ralph Kiner and Jim Kaat never played for the Dodgers. But the concentration of significant Ks on the Dodgers is interesting. 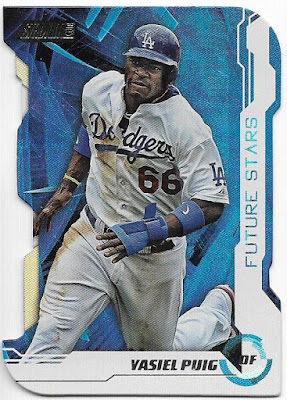