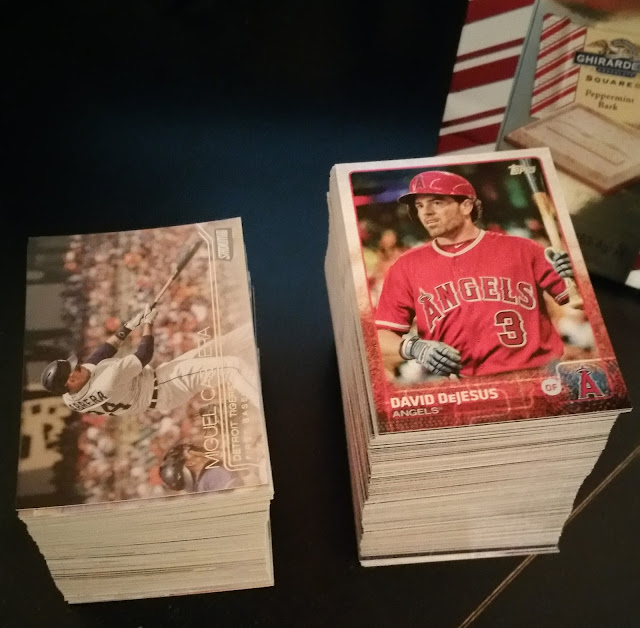 I received a big ol' box from my buddy Dave a week or two ago. Dave's mailings defy conventional blogging traditions. There's no way I can fit the contents into one post. So I'll have to break it up into themes, as usual.

What you see above is two stacks of 2015 product that came out of the box that Dave sent. Each one is a set I am collecting -- Stadium Club and flagship (flagship stack contains Series 2 and Update needs).

Actually, I am collecting three 2015 sets. The fact that you never read about the third set that I am collecting (Allen and Ginter) gives you an idea of how good of a job Topps did in 2015. I can't even focus on (nor devote money toward) all the sets I want to complete.

To underline exactly what Topps accomplished, I'll mention that just under three years ago, I was so annoyed with Topps that I said I didn't think I'd collect another modern set again. And, you will find on this very blog, statements in 2015 in which I say that I won't collect 2015 flagship and I won't collect 2015 Stadium Club.

When I wrote those things, I really meant them. I was mad, I was broke, whatever. But it is the prerogative of a collector to change his mind, to find new things to appreciate, to switch gears. And it helps that Topps issued sets that are actually collectible.

Stadium Club is an insanely attractive set and nothing gets in the way of trying to collect it. No hobby only. No short-prints. The inserts and parallels aren't even a concern for me. Yeah, the set is a little pricey, so much so that a 300-card set seems more like a 600-card set, but it turns out it wasn't enough for me not to collect it. I have people like Dave to thank for that.

The Topps flagship set simply appeals to what I like in a card set. It is colorful, the design is interesting but not strange, and the photos are respectable. There are still too many closeups and sameness in many of the pictures, but this is a set that will look spectacular in a binder and I can't wait to get it in there. And that's a sign that Topps has done good.

Often times, if I am trying to collect a flagship set, I'll collect series 1 and series 2 and then spend the update set collecting casually. This year, I've put up want lists for all three sets.

Collecting is back, baby.

So, anyway, I can't possibly show all of the 2015 cards that Dave sent, but I will show the top 6 of each, starting with Series 2/Update: 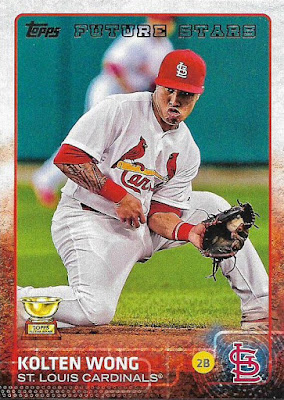 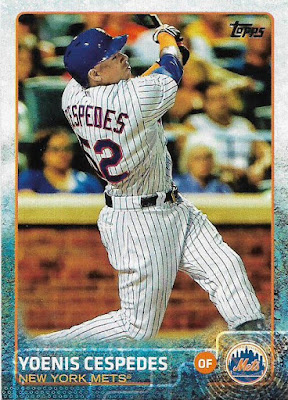 5. The first card of a new star in a new uniform is always a thrill. This was the original thrill of the first Traded sets. Good to see it's still a thing. 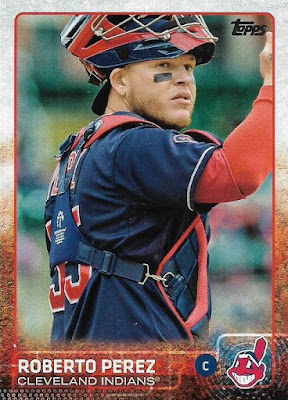 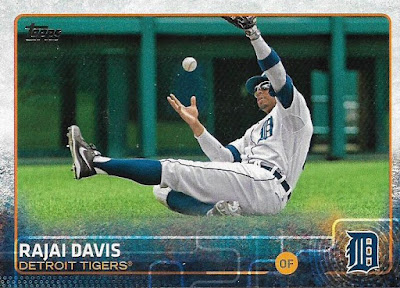 3. I'm trying to decide if this is a "guuuuuuuh" moment or whether Davis just got to the ball a little too late. Probably the latter. 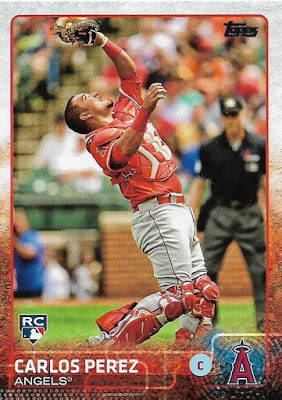 2. The second catching Perez on this list! What are the odds? 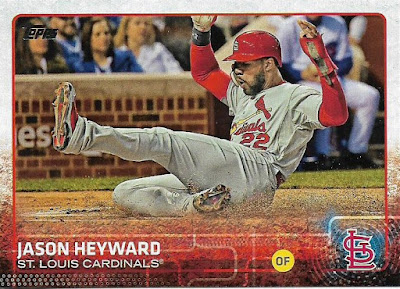 1. Sadly, Heyward's cards will never look as good now that he's a Cub.


Just one more thing before moving on to Stadium Club: 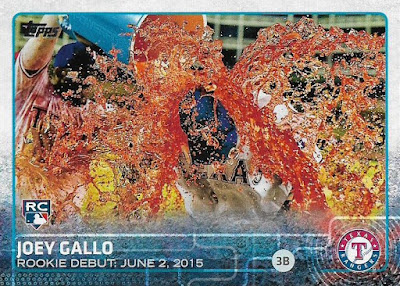 I really have no desire to put this in my binder. I don't collect pictures of Gatorade. 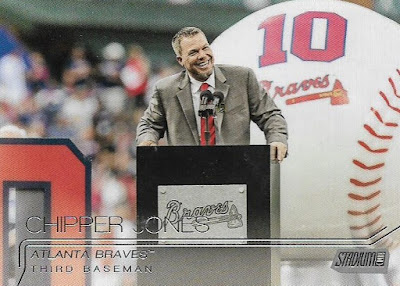 6. Baseball is goofy as hell. Guy in a suit and tie with a monstrous fake baseball looming behind him. 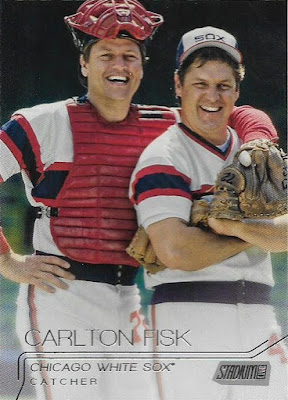 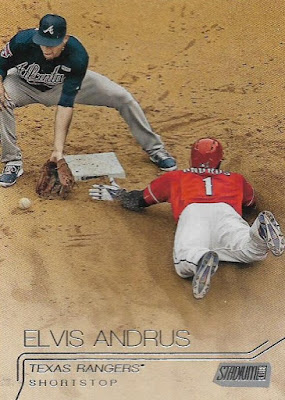 4. This reminds me that I want to be the first to tell you that the new Star Wars movie appeared in theaters today. Almost nobody is talking about it. You're welcome. 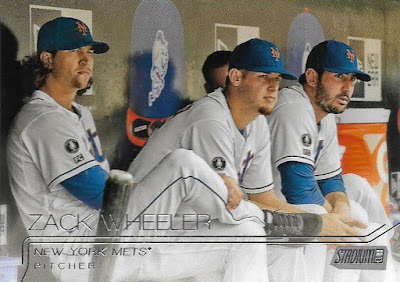 3. Nice photo, but Wheeler is being completely overshadowed by not one but two people on this card. 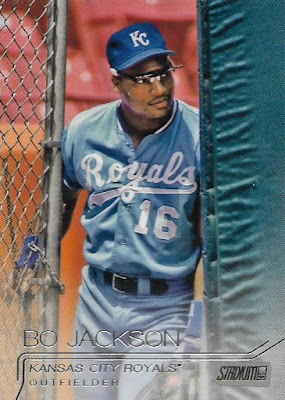 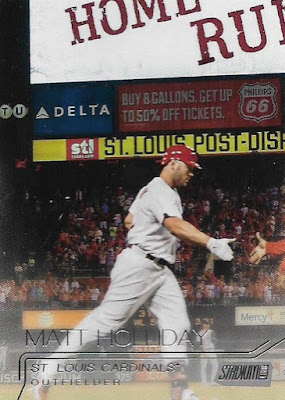 
Oh, one more thing on Stadium Club, too: 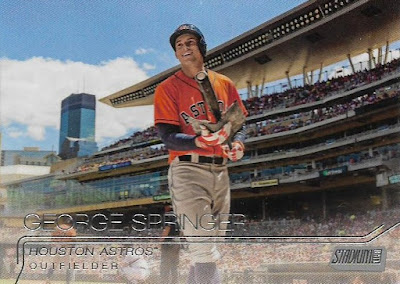 How could I not collect this set?

Angus said…
The Stadium Club cards actually kind of make me want to collect the set, and I'm a football guy! Nice cards!
December 17, 2015 at 10:35 PM

BobWalkthePlank said…
Seriously? :( That just ruined my Friday. It was fun while it lasted. It was pretty much the only set I still collect.
December 18, 2015 at 7:57 AM

Anonymous said…
Tony - I think it's just variations, not SPs in the base set. To me at least, that's a big difference. If it's a variation, I don't feel like I "need it" to complete the set. When the regular cards are printed in lesser quantities, that is what bugs me a little more because my OCD makes me "need" those for the set.
December 18, 2015 at 12:08 PM

Anonymous said…
I've got to agree with your post. I've only collected topps this year, though I want to buy Heritage at some point in the future. But those 2 sets were home runs to me. Enough to make me think about starting to collect Stadium Club...
December 18, 2015 at 12:10 PM

Kevin Papoy said…
The Star Wars movie was out last wednesday here in France (because, well, we show movies on Wednesdays, not Fridays, when they are first released). Some Americans (sheesh) actually traveled here just to be able to see it before every body else in their country. Now THAT's commitment. And we need the money.
December 18, 2015 at 2:13 PM