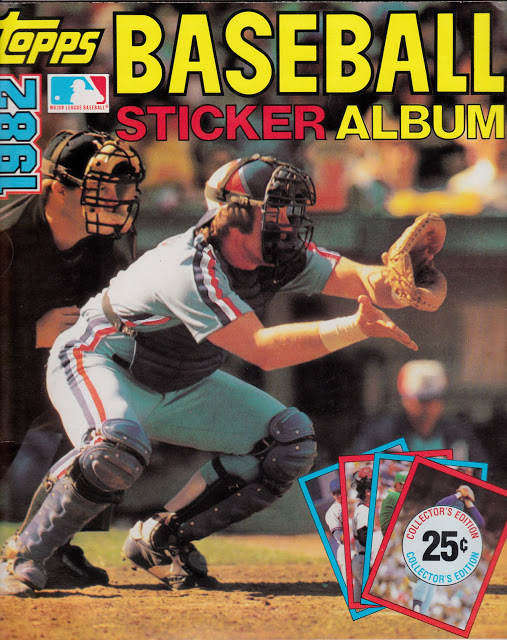 So, I have this sticker album from 1982. It came to me from across the ocean, because back in 1982 I had one and have no idea what became of it.

Periodically, I find '82 stickers and it's a very giddy moment because I can pull out this sticker book and STICK, STICK, STICK THEM! Weeeeeeeeeeeeee!!!

Still the book is not a big collecting priority because I've always been all about the cardboard. So the sticker book sits patiently waiting for some more stickers.

Awhile ago, A Swing and a Pop-Up acquired some '82 stickers, because he's one of the original kings of the oddballs, and had a few extras to spare. I pounced quickly. And eagerly anticipated a sticking session. 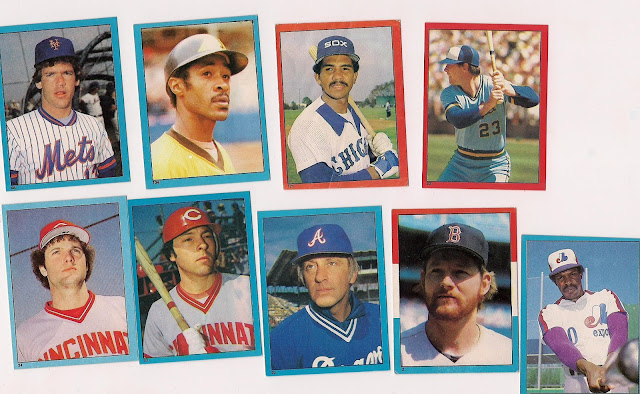 I could feel my whole body vibrating.

There is no time to waste when a sticking opportunity strikes. I ran upstairs quickly and grabbed my sticker book, and started paging between gulps of air.

Sadly, by the time I was done, there was just one sticker stuck.

But all the other stickers are dupes.

I don't know what to do.

Back when Topps first started issuing '80s stickers, in 1981 and 1982, I bought up a ton of those packets. But I refused to stick anything that wasn't a dupe. So I had tiny little stacks of unstuck stickers in my collection from both years. (I have no idea what happened to those either).

But I've turned completely around on my sticker thinking. Stickers are meant to be stuck!

And if they aren't stuck, what good are they?

So all of the above stickers I have there, except for Dawson of course, are there for the taking. If you need one or all, let me know and I'll ship them off.

Otherwise, I'll find some place to stick them. And if that's got to be the dog, so be it. 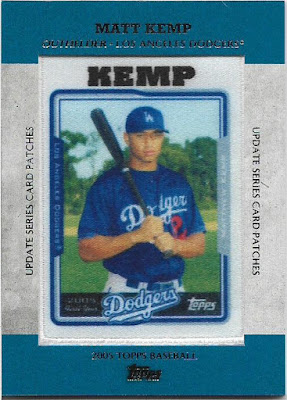 OK, that's not really a card either. Still kind of cool. 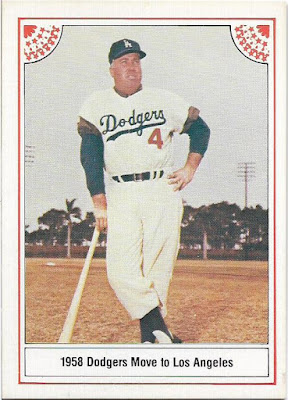 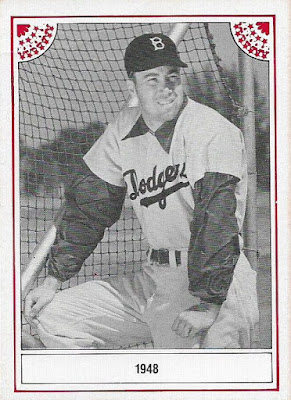 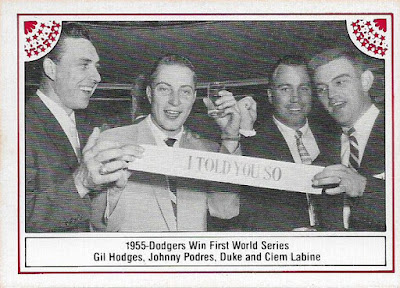 These are from a 12-card Duke Snider sent issued in 1983. I wrote a post about these quite awhile ago. I could tell you more about the cards if I found the post, but it's getting more and more difficult to track down old posts. So, for now, all I can add is that last card is awesome. 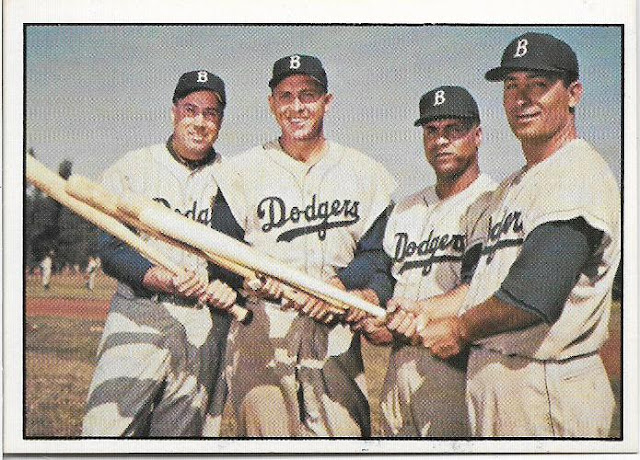 So is this 1979 TCMA card. God bless the TCMA. Fantastic.

I think this one card makes up for sticking just one sticker.

Come and claim them.

Or the dog gets it.

Kaiser The Great said…
The TCMA is awesome. Topps sticker albums are awesome. I hope you have 1989s because you'd probably find the cover awesome.
July 30, 2015 at 4:20 PM