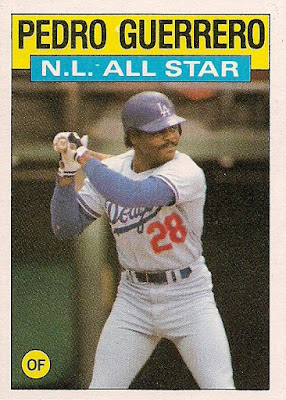 It's my birthday today. I hadn't planned any special post for today and I'm starting to tire of the All-Star festivities (although I lasted a longer than many others apparently). But there is something I always wanted to do that relates to the All-Star Game. And since it's my birthday and my blog I can do that thing right now.

This is something that I think would interest the fan of any team, and anyone can do it. It's simply compiling your team's all-time All-Star team.

By all-time All-Star team, I mean the players from your team who performed the best during the All-Star Game. No favorites here. Pedro Guerrero is one of my all-time favorites and would easily make the team if I was playing favorites. But he was 0-for-Four All-Star Games (he didn't play in the 1985 game). So, he's not on the team.

One other rule here: the player must have a card that mentions he was an All-Star prominently on the card. This is a difficult rule, because it keeps off players like Sandy Koufax and Maury Wills, who were quality All-Star performers, but don't have All-Star cards. Sorry, this blog is as visual as it is haphazardly researched. Gotta stick to the rules.

OK, so here is the All-Time Dodgers All-Star team: 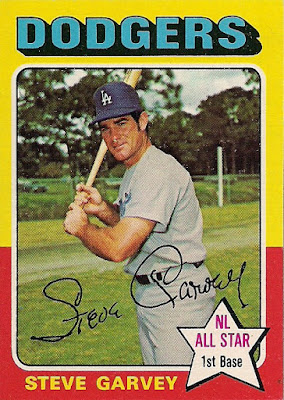 Garvey is probably the greatest All-Star Dodger since the team moved to L.A. He came out of the box swinging from the beginning, getting a single in his first All-Star at-bat after receiving the start in '74 on write-in votes. By 1976, he had hit for the All-Star cycle. 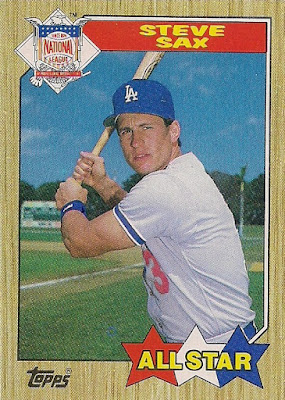 It pains me not to include Dave Lopes here, but Sax was clearly better. He reached base every All-Star Game and did something once he got on base, too. 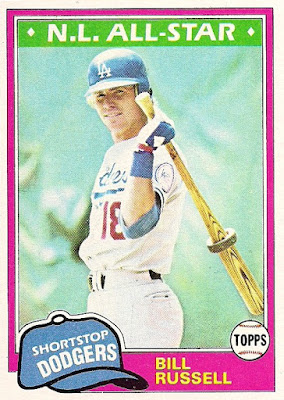 Oof. The shortstop position is a black hole for the Dodgers. If Maury Wills featured a single All-Star card (or a single Topps card between 1961-66), this would be a solid squad (he was 4-for-11). Russell is only here because he started the 1980 game. 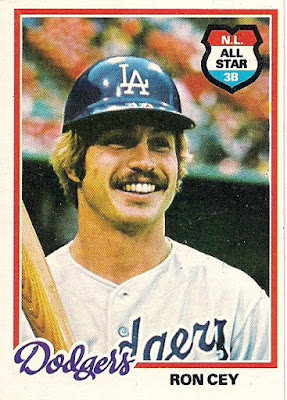 Cey started quickly by doubling in Steve Garvey in his first All-Star at-bat in 1974. The subsequent starts weren't so hot. By the way, Adrian Beltre never played in an All-Star Game for the Dodgers. Not even during his unworldly 2004 season. Thanks a lot Scott Rolen fans. 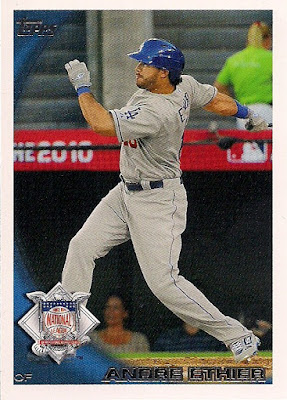 I have no memory of Andre Ethier doing anything productive outside of 2009, so this was a surprise. 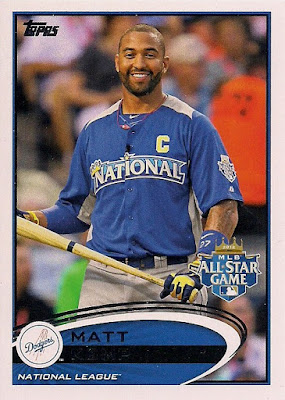 Matt Kemp didn't play in the 2012 game, but started in 2011. Kemp didn't exactly instill me with confidence in his All-Star appearances (probably the HR Derby showing tainted everything for me). It's times like these that I wish that somebody had actually been smart enough to name Raul Mondesi to an All-Star Game more than once during his career. 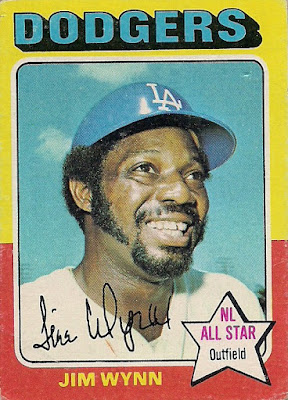 The mid-1970s Dodgers hit the heck out of the ball. This reminds me that Wynn played all of 1975 for the Dodgers yet all we get from Topps in 1976 is that airbrushed Braves abomination. 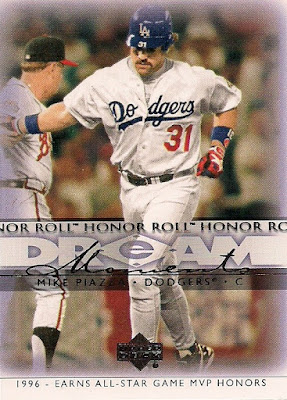 Mike Piazza comes the closest to Steve Garvey among All-Star hitters. It pained me -- as much as hokey voting contests can pain me -- to see Piazza voted as one of the Mets' Franchise Four. How can he be a franchise four for a team that I don't associate him with at all? 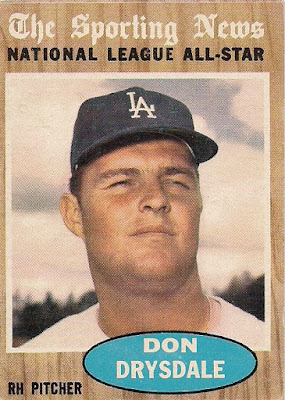 Drysdale is easily the most dominate Dodger All-Star pitcher. If it wasn't for two All-Star Games in 1959, his stats would be among the best ever. Throw out that one game in '59 and he did not allow a run in 15 1/3 innings, struck out 12 and gave up six hits. 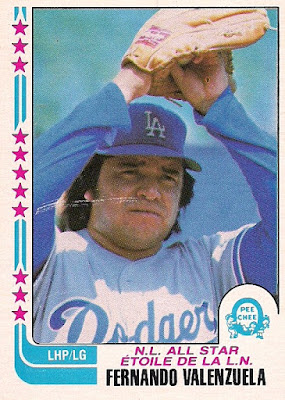 Valenzuela will always be remembered in All-Star annals for striking out five straight batters in the 1986 All-Star Game, matching Carl Hubbell's feat from 1934. Of course, he started the 1981 All-Star Game as a rookie, too. 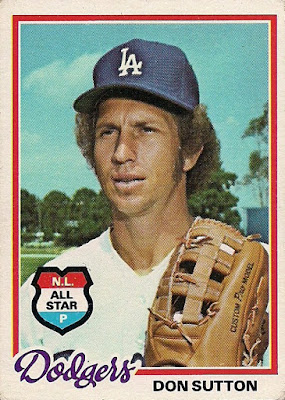 Don Sutton ruled the All-Star Game when I was a kid. I was thrilled with his outing in 1977. Three innings, one hit, four strikeouts. Good stuff. 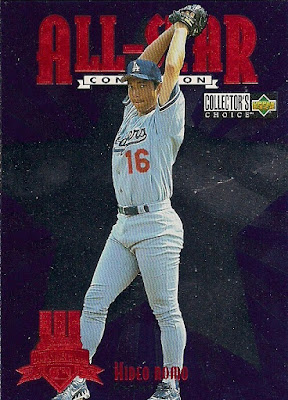 Nomo pitched just one All-Star Game, but was at his best. He started as a rookie and the American League couldn't figure out what to do with him. 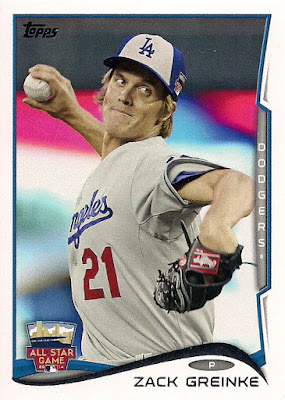 Greinke bumps Clayton Kershaw based on each's 2015 performance. Greinke gave up a lead-off home run to Mike Trout (Prince Fielder should have gotten the MVP, by the way), but shut down everyone else. The pitch to Trout wasn't bad either. 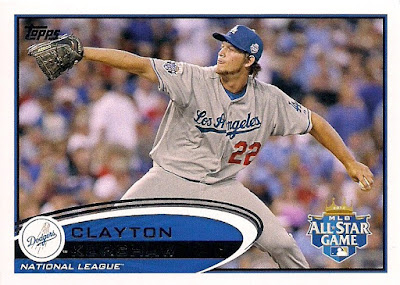 OK, 2015 wasn't great, but Kershaw hadn't allowed a run and only two hits in his first four All-Star outings. 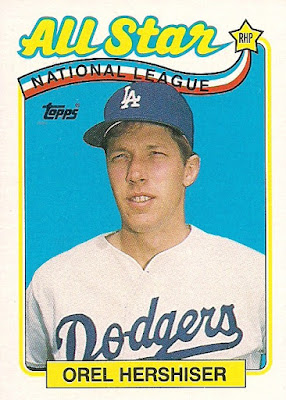 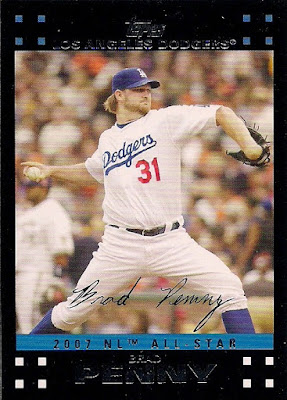 Penny started the 2006 All-Star Game and had stats that could have won the start in 2007, too. I was very proud at the time as Penny was my favorite player then.

I'm going to stop with the pitching there. I don't think I need more than eight pitchers. If I do, we can throw Andy Messersmith in there, although his performance in 1974 was not great.

I probably need some backup position players, though, since nobody can play more than four innings. Unwritten rule, you know.

Here are some possibilities: 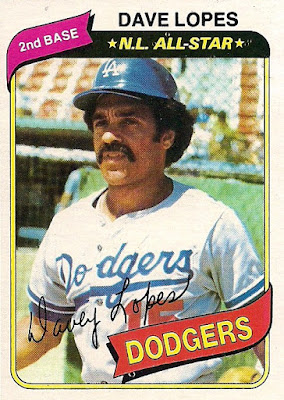 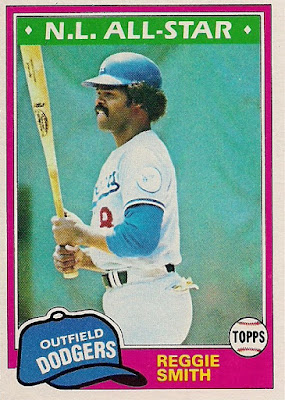 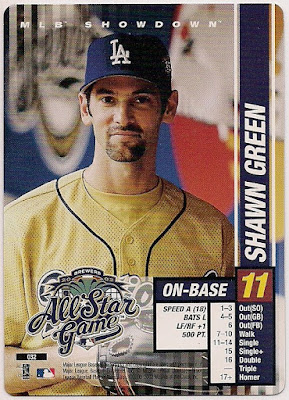 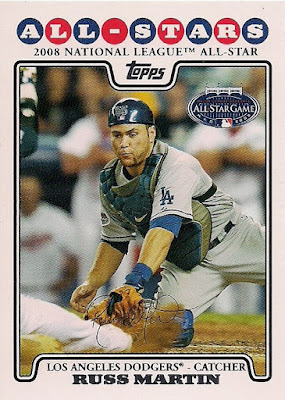 And that should do it. Players like Sheffield, Monday, Furcal, Scioscia and Eddie Murray were all 0-fors while with the Dodgers. But if there's someone who should get on the team even though they didn't do anything in the All-Star Game, it's John Roseboro. 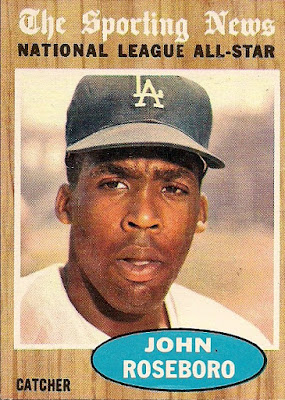 Of course I need a manager for this team, too. There's no way I'm going to manage it myself. 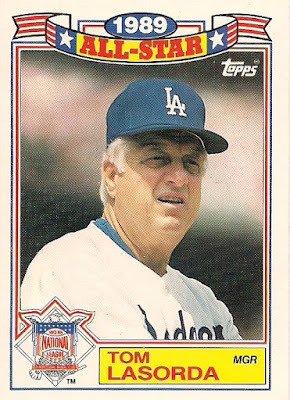 Tommy won three games for NL and lost one. But nobody remembers that. They just remember this.

That's good enough for me.

My curiosity is now satisfied. I'm off to eat cake.

If I get any good cards for my birthday, you'll be the first to know.

Community Gum said…
Happy birthday! Such an in depth post for something that wasn't planned. Always fascinating to read your stuff. Here's to many more creative years.
July 17, 2015 at 1:41 AM