Watching baseball to take my mind off of ... baseball 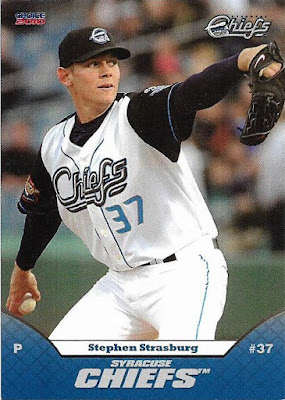 Stephen Strasburg is pitching for the Syracuse Chiefs tonight on a rehab assignment on his way back to the Nationals. The stands are expected to be packed at NBT Bank Stadium (love those modern stadium names), which means I'm glad I attended last night's Chiefs game.

Although I wouldn't mind seeing Strasburg pitch, I abhor crowds, and really star-gazing is not why I go to baseball games.

I go to games, it's apparent to me now, to forget. Forget everyday concerns and problems, yes, but also to forget baseball.

Yup, that's what I said. I watch baseball to forget baseball.

This is what I mean: as you know the trade deadline is very close. This has always been a pretty exciting time, but most years you didn't think much about it until the very day of the deadline. That's no longer possible. Because of the internet and the fantasy baseball influence, the trade deadline is now a week-long holiday and people are mentioning scenarios and insider information and all kinds of fantastical potential deals.

It's very easy to get caught up in that, plus get caught up in watching the fortunes of your favorite team, and forget that you're supposed to, you know, do something besides watch constant updates on your phone.

Physically going to a baseball game, and keeping the phone turned off, helps get all that nonstop chatter out of your head. It felt good.

So quickly, so I don't bore you too much, here are the top three and bottom three things about last night's game:

1. The Chiefs were playing the Buffalo Bisons. The Bisons are the Triple A team I like the most (yes, even more than the Dodgers' Triple A team), so we sat on the Bisons side and cheered for the Bisons and they won because former Rockies pitcher Jeff Francis turned into his 2007 self and threw seven shutout innings.

2. The girlfriend of Bisons third baseman Matt Hague, who is leading the whole International League in hitting, sat down in front of us, unzipped her bag, and pulled out a tiny dog. Now, normally, I don't like yippy dogs. But this one just sat in his seat and looked around the whole game. If I took my dog to the park, we'd be ejected within a half hour. I was very impressed ... and jealous.

3. The timer on each pitch is definitely doing its job. The game was done by 9:35. There have been some games where I haven't gotten out of there until after 10:30. 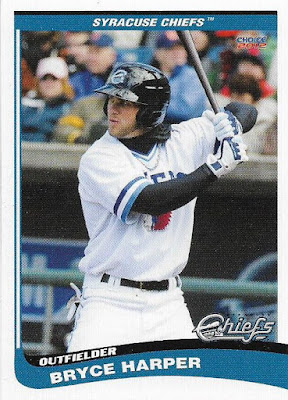 1. Not every year, it depends on whether I feel like blowing my money, but often I try to pick up the Chiefs' team set at the game. The Nationals kind of bore me as an MLB team, but as you can see they have a few notable guys, and I've been able to land a minor league card of most of them. Unfortunately, the gift shop, for whatever reason, was closed. No Trea Turner card for me.

2. The game program is now a newspaper tabloid. I'm assuming this is some sort of deal with the newspaper in town, and I know I should appreciate anything newspaper, but I like my programs to be programs. Glossy covers, you guys.

I don't need to tell you that overall it was a good time, but I think I'm mostly happy that I was informed during the game that the Dodgers were losing to the A's, and I really didn't care. My interests were not invested elsewhere; they were invested here.

Baseball cards help pull your focus, too. It's one of the many reasons why I like them so much. When the chatter gets too high, it's great to shut things off or leave the room and start organizing.

The latest cards that I am organizing are some from The Lost Collector (how's that for a transition? Hey, AJ did once live in Syracuse). He sent me some modern Dodgers recently: 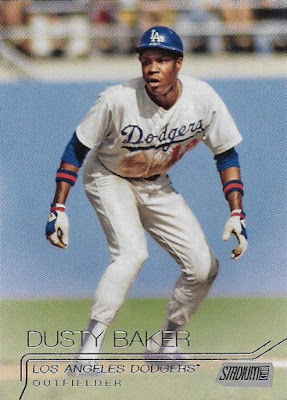 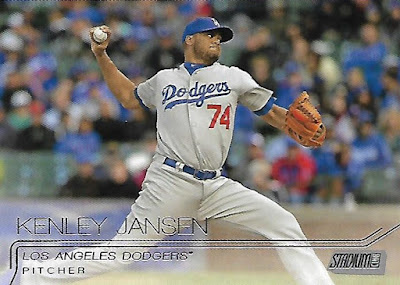 There are a couple of cards from my favorite 2015 set. 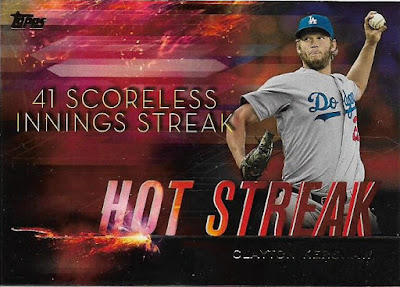 And that's probably the best-looking insert set of the year. 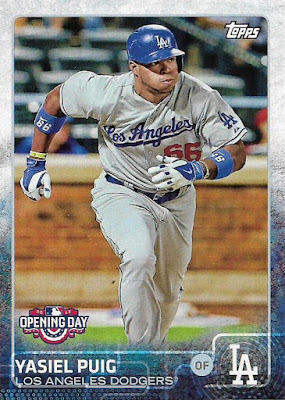 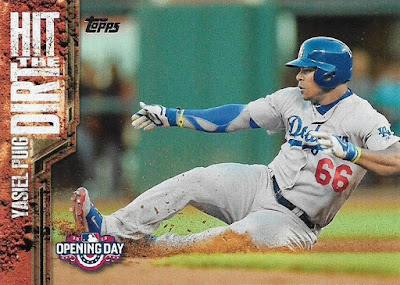 And a couple of much-appreciated Opening Day Puigs.

I envy you people who have a ballpark nearby, especially of the major league variety. The closest MLB park to me is around five hours away, probably longer considering customs. Even the closest high-level minor league park is over an hour away.

There is nothing quite as relaxing as sitting in the stands and watching a game for a couple of hours.

So much more relaxing than hitting "update" a hundred times a day.

Zippy Zappy said…
"And that's probably the best-looking insert set of the year."

The Lost Collector said…
I did live in Syracuse! Nice connection! Went to some Chiefs games with my college pals once in a while. Stadium had a different name too.

But the best sporting event I went to there was when the had the soccer team the Salty Dogs. It was a blast. No real baseball memories there off the top of my head unfortunately. Most times I went it was - shockingly - freezing.
July 29, 2015 at 11:00 PM

BobWalkthePlank said…
My favorite thing in all the world is watching a game live. Extra bonus if I'm with someone that I can talk about the game in detail.
July 30, 2015 at 8:10 AM

Stack22 said…
"even more than the Dodgers' Triple A team"

Glad to hear your also upset with the Dodgers for moving the Dukes/Topes to America's Truckstop, or whatever OKC calls itself.

"I envy you people who have a ballpark nearby"

At least you have the Carrier Dome and Jim Boeheim.

Commishbob said…
I'd be VERY disappointed with a game program that was a 'newspaper tabloid'. I can't imagine such a thing. I make good nachos at home but at the ballpark...no thanks.
July 30, 2015 at 9:47 PM