All-Star Week: one of these things is not like the other 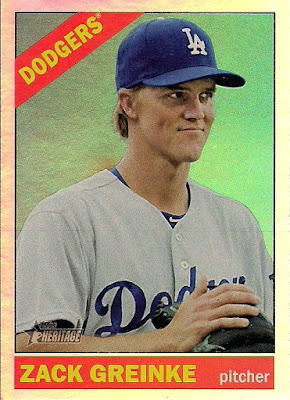 Well, All-Star Week has come to an end. I hope you enjoyed. I liked it because I got to do some research and find out a few things that I've wondered all the years.

In the process, I kind of neglected the cards that have been sent to me over the last couple of weeks, as well as the cards that I'm trying to send out to people. That's the downside of research.

But I'm getting back to the routine, starting tonight. I'm working on some packages for Zippy Zappy, Mark Hoyle, Ryan's Pitch, Fantastic Catch, Johnny's Trading Spot, SpastikMooss, Cards On Cards, and a couple of Twitter people. Once those are out the door, I can focus on some other fellow bloggers who have recently sent me cards. I've just got to clear off this desk.

To help in that venture, I've got a quick-and-easy card package from Cards On Cards. I'm not going to say a lot about these cards, but I will say that all of the players on these cards, except for one, have something in common. See if you can figure out which player is the exception and what he doesn't share in common with the others.

One big hint: it's still All-Star Week until this post ends. The first person who guesses correctly in the comments will be added to my "send to" list. 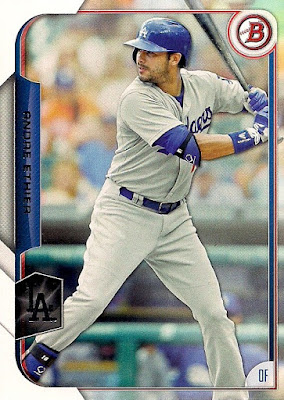 Here is Bowmany Andre Ethier, reminding me I don't have a 2015 Bowman Dodgers want list up yet. The back tells you that Ethier's wife is named Maggie. I had a cat named Maggie. 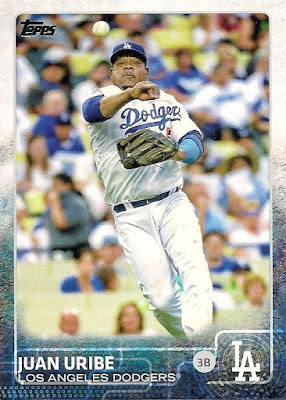 Here is a Series 2 need. I know that because I put up my Series 2 Dodgers want list last night. Still need to put up a list for all of Series 2. I have a life you know. 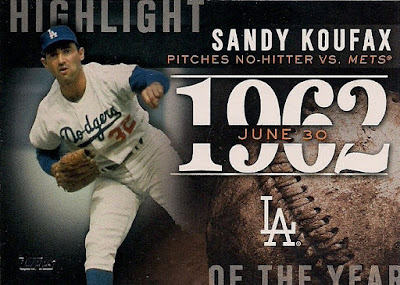 The Highlight cards are back for Series 2. I still don't know whether there is a card for every year. Probably not. Topps would have to start inventing imaginary Yankees players to fill out the set. 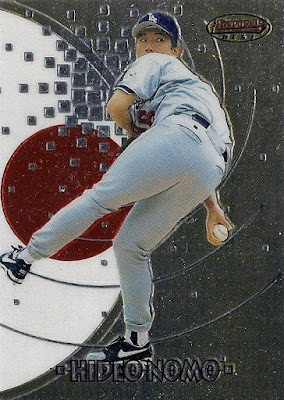 This is a terrific card. 1997 Bowman's Best International is a lot of fun.

OK, figured out which player is not like the others? If you read my other posts this week, you'll get it pretty quickly.

Here's one other card from Cards On Cards that is not part of my impromptu contest. I just wanted to show how much justification is an issue on card backs this year:

All you have to do is make the cartoon larger! Like 1976 Topps did!

And with that, All-Star Week is over. Back to regular old common-player programming next week.

Also I totally know the answer to the trivia question...but I'm already on the list so I'll let someone else guess it! Nice one though...I was a bit thrown off originally by someone's absence in your birthday post but then I read the fine print earlier on and it all made sense.
July 18, 2015 at 10:25 PM