July 10, 2015
It's a good thing that I have a vacation coming up soon because I think I've reached the breaking point in terms of real life affecting my hobby.

A couple of weeks ago -- I think it was a couple weeks ago, who really knows at this point -- Mark Hoyle sent me a few oddball items to help me with my collecting of oddball items.

I've lamented that there is really no easy way to store super-small items, like micro cards and stamps, in your collection as far as pages. So Mark sent a couple of smaller pocket pages -- tobacco-card type pages -- that I believe he said has helped him with such tiny items.

I believe he said it because I don't have the email he sent anymore. I lost it. No doubt, it was caught up in the great email purge back a few days, or was it weeks? -- I don't know, who really knows at this point.

He also sent some of these: 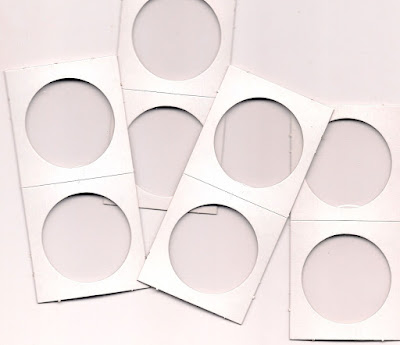 I know these are supposed to help with storage, I know the email Mark sent probably addressed this, but, again, I lost it. So right now all these seem like to me are super cheap glasses without any handles.

Without the email, I decided I'd just proceed on my own and see how the two 1969 Topps stamps that Mark had sent in an earlier package fit into the storage items he sent. So, I set out to get the stamps.

But I can't find them.

I've lost them, too.

This is even more distressing. Stamps of Ron Fairly and Don Drysdale are nowhere to be found. I am not usually this kind of collector. I know where my shit is. I'd make a pretty good accountant. But, dammit, life, you're ruining my card reputation here.

I'm assuming they'll turn up at some point, but meanwhile I have no stamps to put into items that I don't know how to use.

Fortunately, Mark also sent me something else: 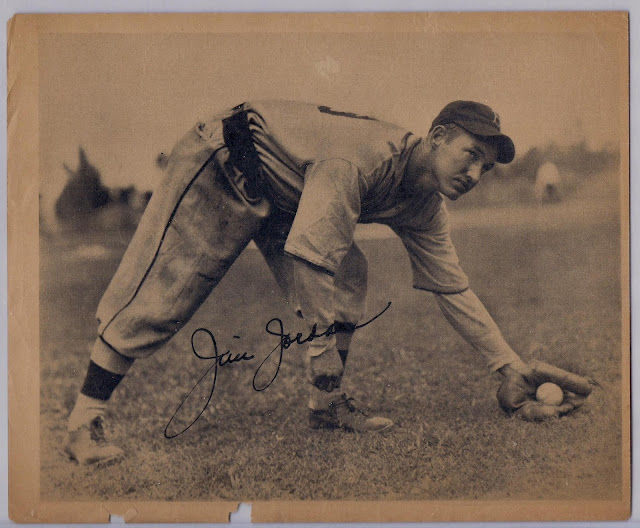 This is a R310 1934 Butterfinger card -- don't you love the name? -- of Brooklyn Dodger Jimmy Jordan. He played second base and shortstop for the Dodgers between 1933-36. Nicknamed "Lord," he married the widow of a British nobleman in 1935.

I don't know why this is considered a card set. The set, which has 65 "cards," and came with Butterfinger candy bars, is actually a collection of photos. They're approximately 7 3/4-by-9 3/4 inches, printed on super thin paper, and the backs are blank. You can see how one of the edges has deteriorated. It is so thin that I am afraid to take it out of its large top loader.

This actually is one of just two horizontal photos in the whole set.

I am relieved that this item is both so big and already in its own storage case. There is no chance of me losing it or losing the instructions on how to store it.

The way things are going, I'll be losing entire binders in no time.

Vacation is in two days.

Mark Hoyle said…
Adam is correct. You can use them for coins or small pins. One of the pages I sent stores these nicely. The stamps fit great in the pages made for the tobacco cards. I usually back them up with some construction paper for a snugged fit. Yes the premiums are super thin. Not in too bad a shape for an 80 year old piece
July 10, 2015 at 9:40 PM