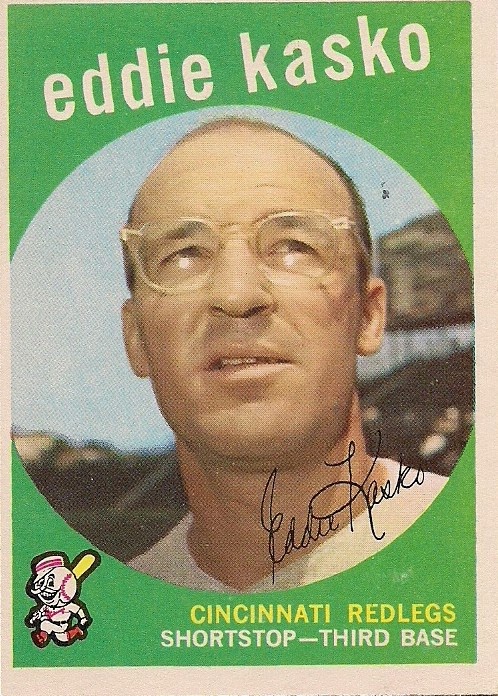 Sometimes I feel like I cheat myself when I attend this particular card show in Syracuse. It takes me an hour to get there and an hour to get back, and lately I've spent maybe 45 minutes at the actual show.

I should be soaking up the scene. Checking out all the bargains. Getting my admission fee's worth.

Unfortunately, my personality conspires against me in the following ways:

1. I'm a late riser. By the time I get to the show, dealers are talking about what kind of show it's been.
2. I'm not good with crowds. Get me to attend a popular event and I'm automatically figuring out when it will be the least attended and the least populated.
3. I know what I want. There is no "well" or "maybe" or "we'll see" or "well ... maybe ... we'll see." I know what I want and I know what I want to pay for it.
4. I like a lot of cards. I like so many different kinds of cards that my money is gone almost instantly. And when there's no money, what's the point of shopping?
5. I hate shopping. Ask my wife.

The older I get, the more this is so. So the chances of me staying around long enough to document the flavor and nuance of each show are getting worse and worse the longer this blog goes along.

Pretty soon, you'll see a card show post that says: "There was a show yesterday. Here are the cards. I like them."

I apologize in advance.

But while I can still describe what I went through for at least a little bit, here is my rundown.

I arrived at the show about two hours before closing. As I've said before, I do this because I can't get up that early and also to avoid the people clamoring for whoever is signing. Yesterday it was a former Dallas Cowboy and a Syracuse University basketball player. I don't care about either. In fact, I was delighted by all the people in orange who were leaving the building as I was entering. The less I have to hear about college basketball the better.

After paying my 3 bucks, I immediately looked for the dealer who sucks up all my money. It took a few moments, but he was there. And he was still playing musical tables on me as he was in yet a different place.

This show I found out his name is "Gary." That's right, I've been buying cards from him for about five years now and I didn't know his name until then. I told you I'm not chatty.

I headed straight for the discount boxes that had all of the great cards the last time. It wasn't nearly as exciting this time, the '56 Aaron, Kluszewski and others had been weeded out. But I snagged a few needs out of there.

The following came out of the dollar bin: 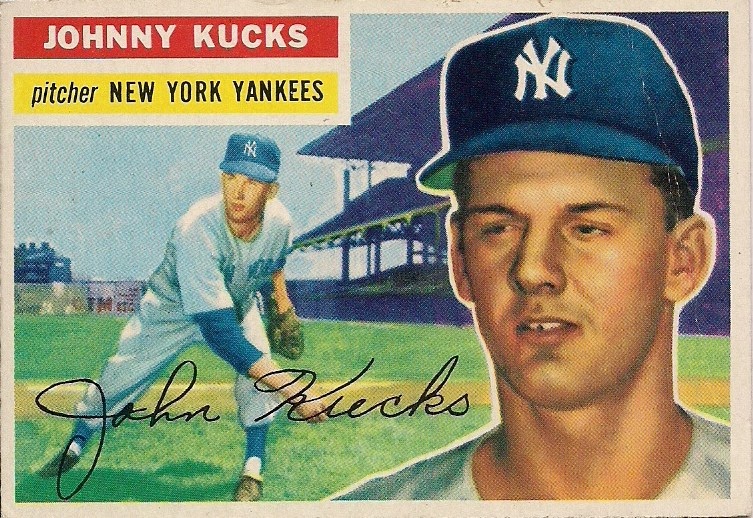 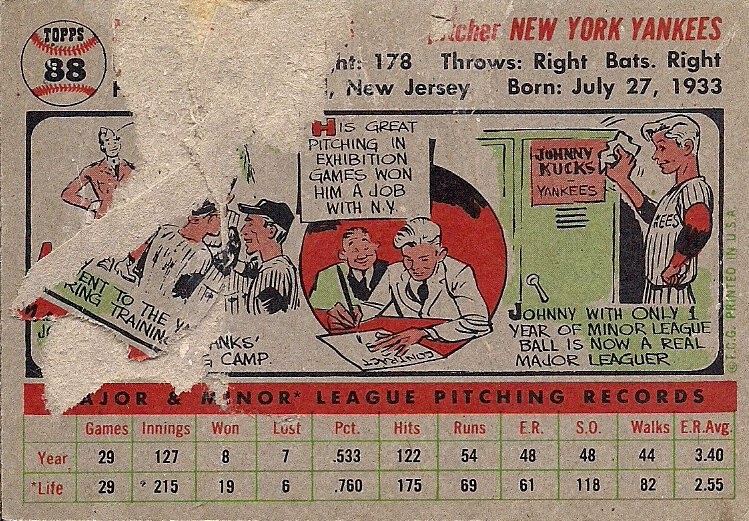 I suppose I should have looked at the back before buying it. The backs are kind of important in '56 Topps. 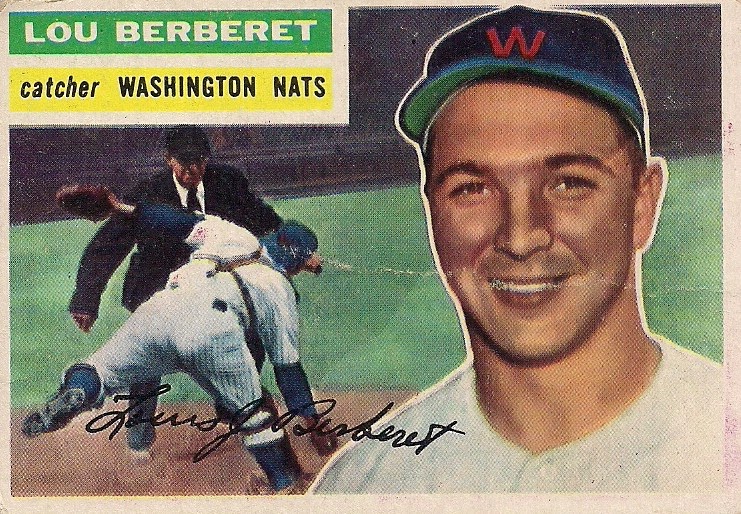 Berberet and the umpire are dancing. Isn't that cute? 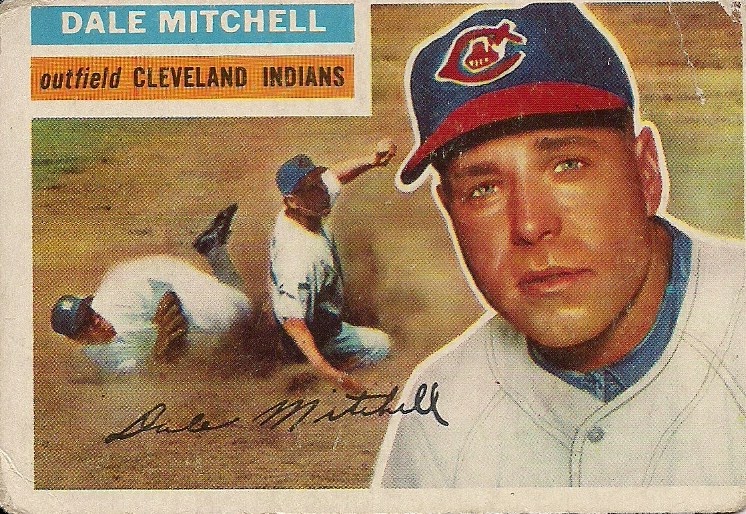 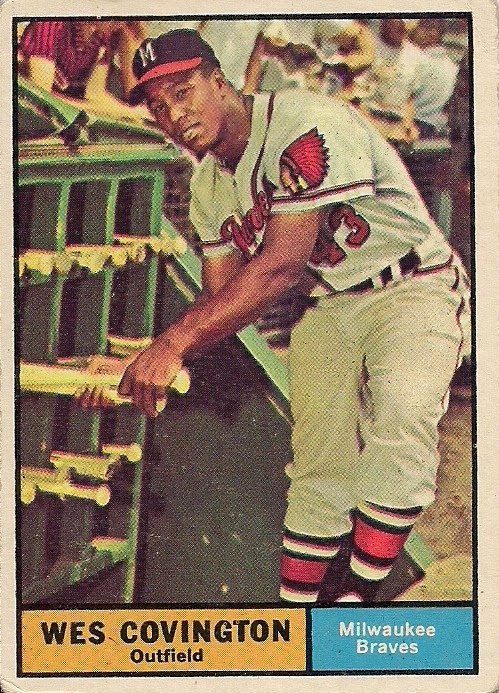 For the second time at a recent show, I grabbed this card. Because I traded the first one and I don't know why I did that. 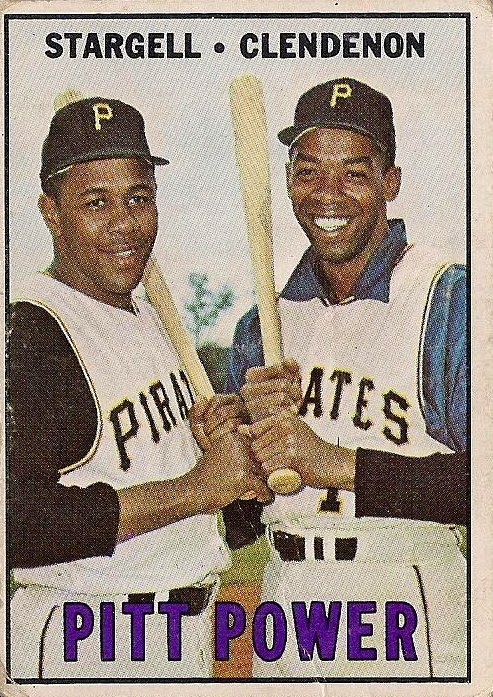 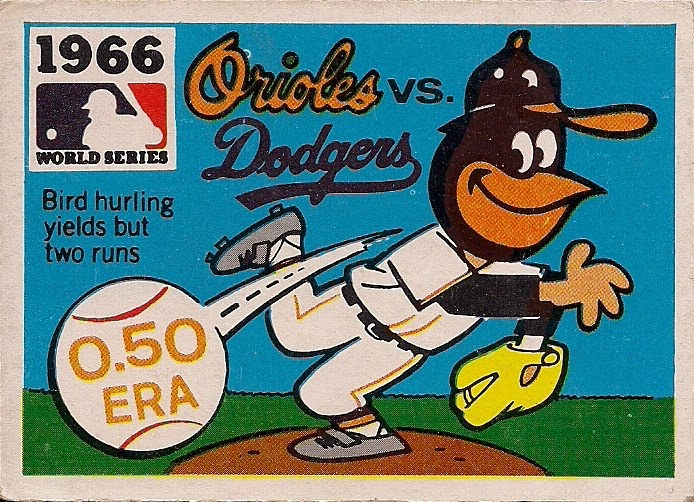 I nabbed this 1968 Fleer stickers card just to torture myself.


Then I went to the other cheapie box and grabbed three 1972 Topps needs: 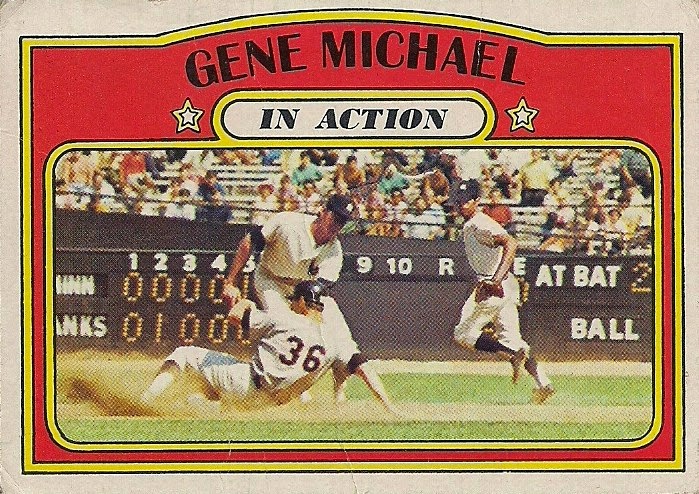 This is a high, high number of Gene Michael, in action. He's tagging Twins pitcher Jim Kaat, which makes this card phenomenal. 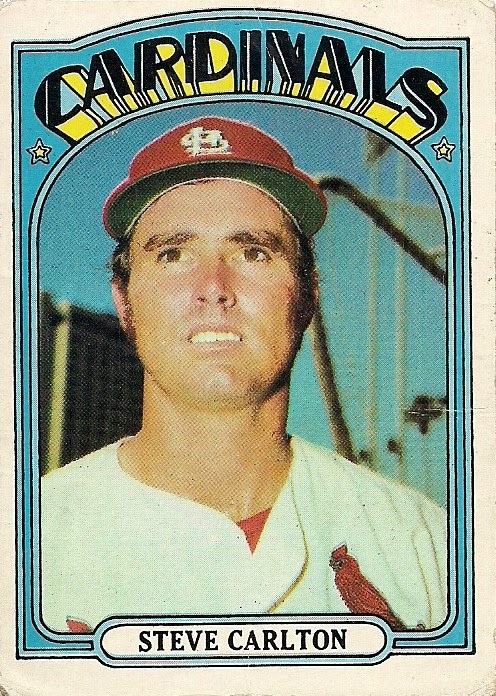 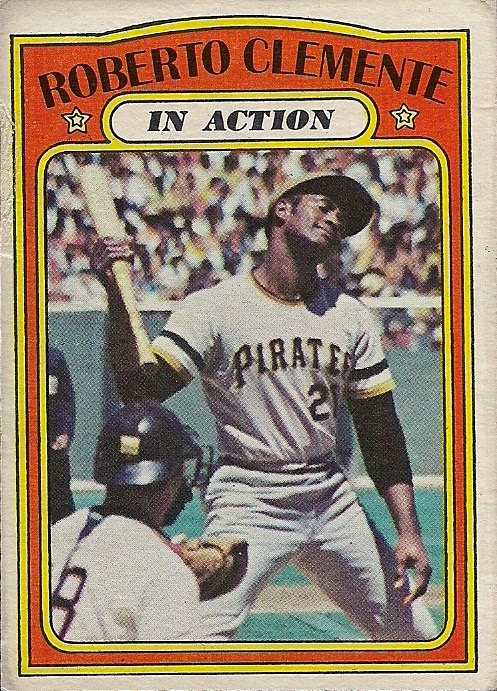 And it's time to throw some cash at the Clementes in the set.


After that, I kind of mulled over what I'd go after next. I wanted to get some of those pesky high-number '60s Dodgers but couldn't really find any. So I reached for the closest binder that caught my eye. 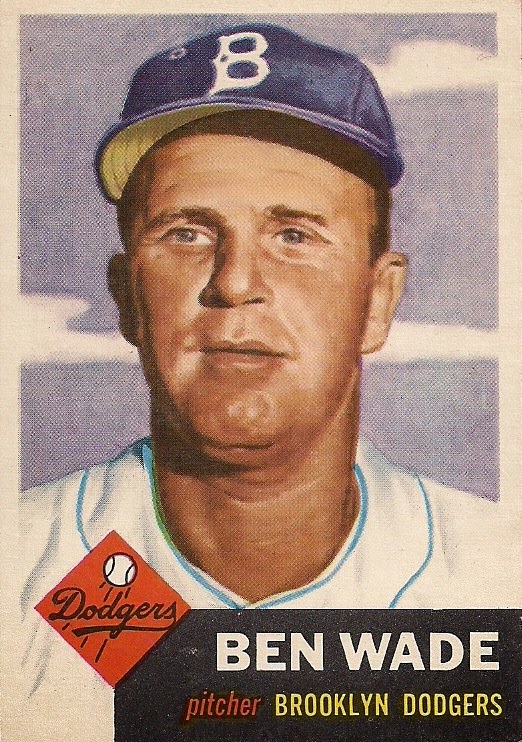 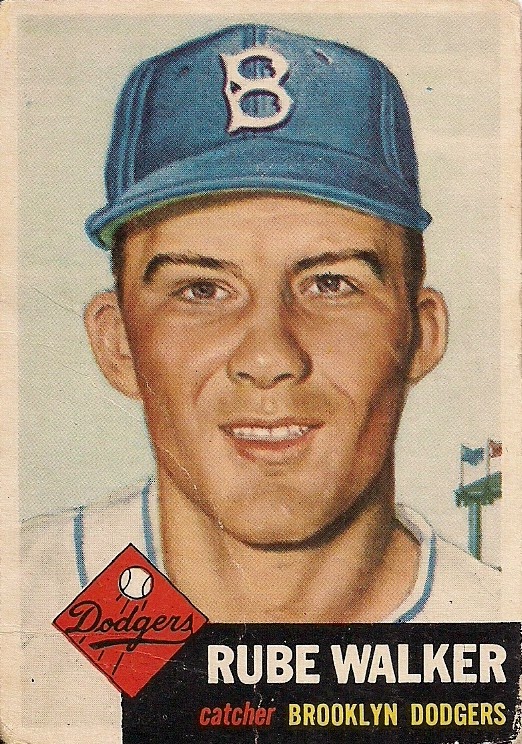 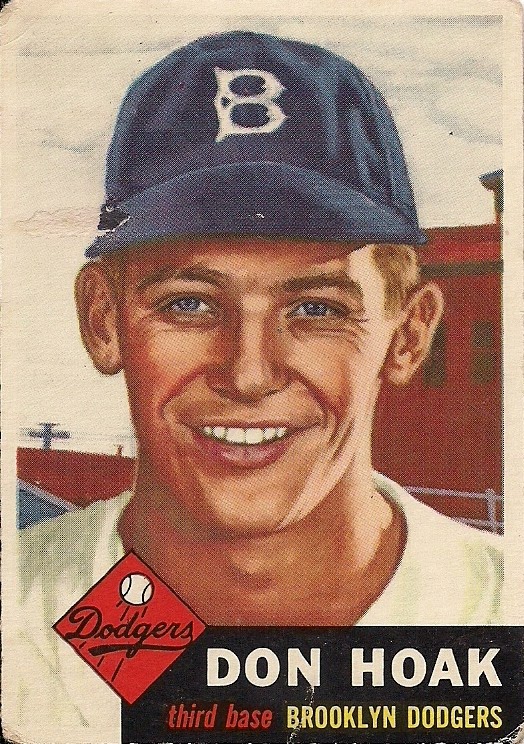 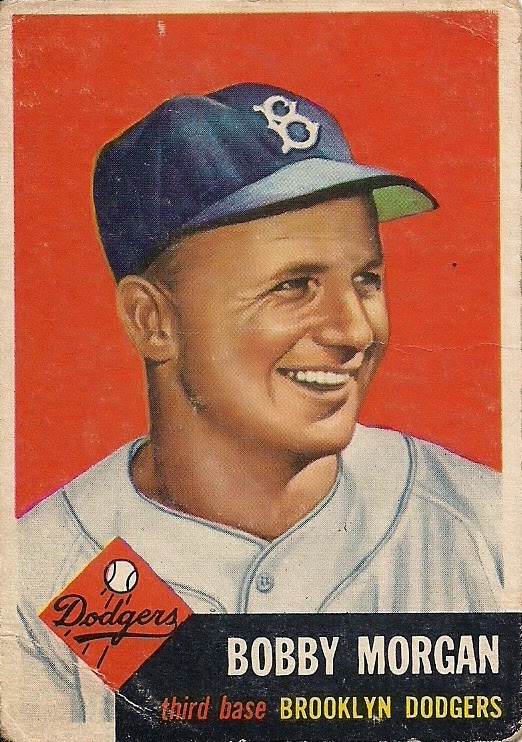 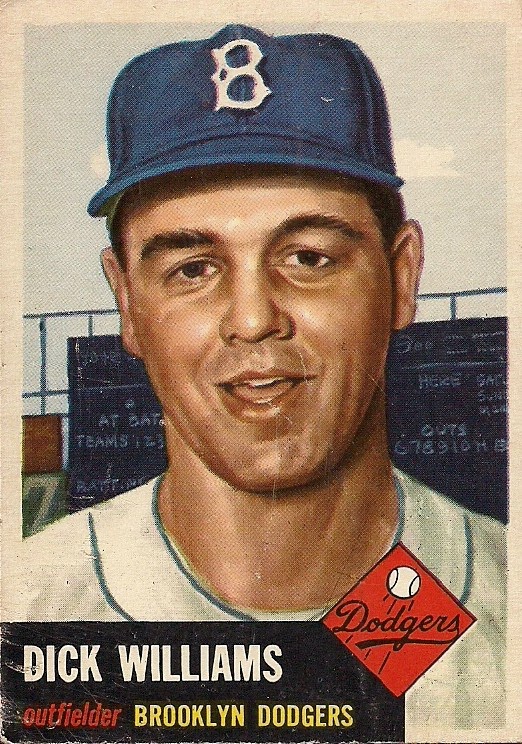 Not exactly household names there, but these are the Boys of Summer and, hell, I picked up Pee Wee Reese at the last show.

While I was leafing through the binder, I came across another card and knew that it belonged in my collection: 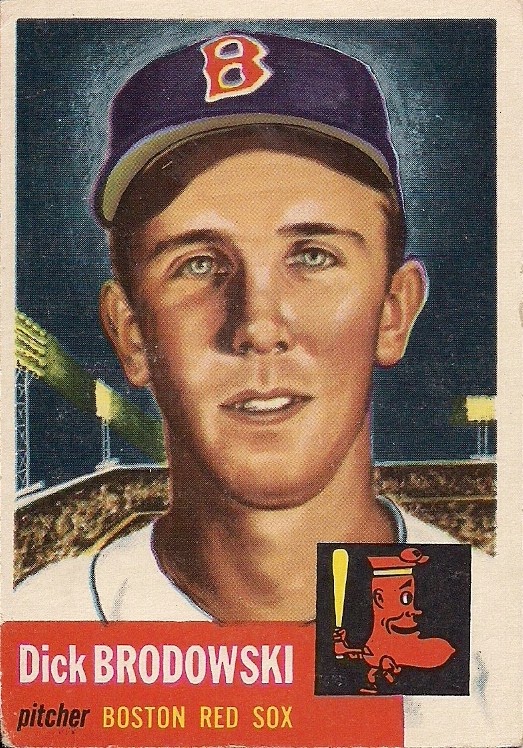 One of the earliest night cards ever, even if it is painted. This card is a requirement for my collection.

But after looking through that binder, I still had a good chunk of spending money left. I really wasn't in the scrounging, take-an-hour-to-stand-over-a-box mood anymore, so I decided to find a big-ticket item.

Well, big-ticket for me. 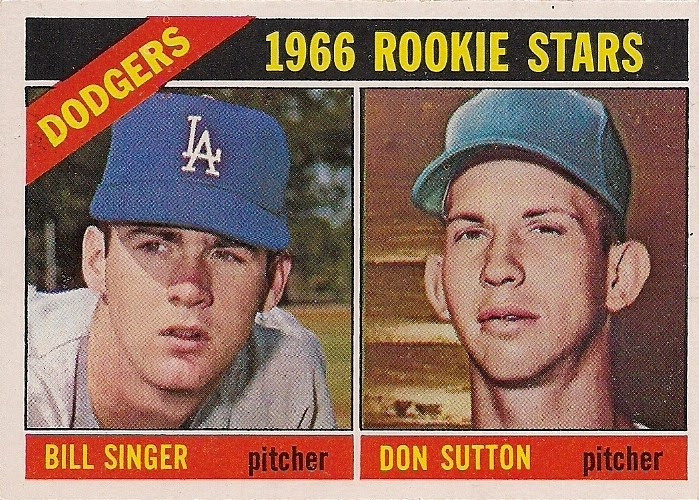 Don Sutton's rookie card has eluded me for too long. And for $35 I grabbed him in his unlicensed cap.

Still with a little bit of cash left, I went right for the '56 Topps binder for one card that's been on my mind for a number of card shows now. I haven't forgiven myself for picking it out of a binder a little while ago and then putting it back. 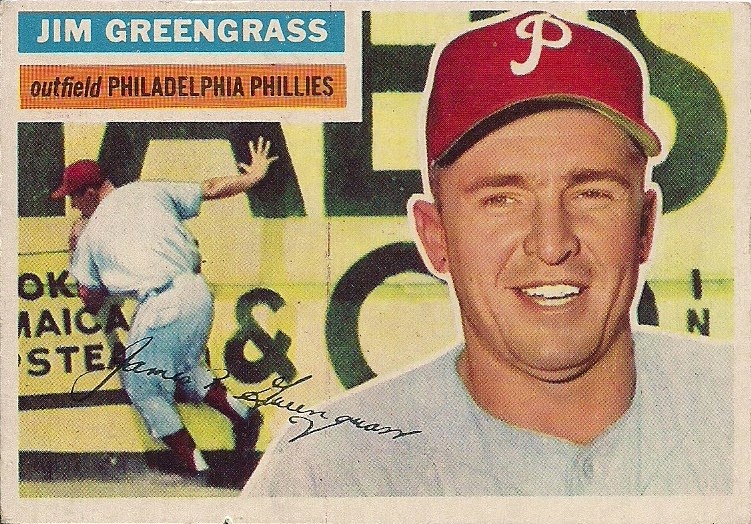 That is the most baseball name that was ever created. How are there not songs written about Jim Greengrass?


With the exception of the Heritage cards I showed yesterday, only one card that I bought was not vintage. 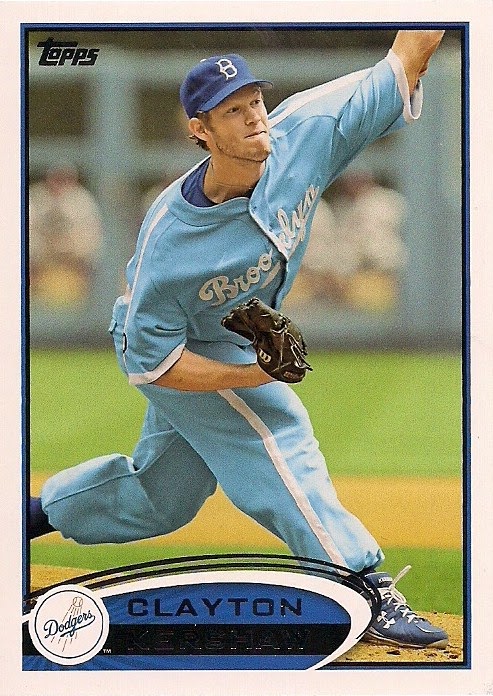 It's the Kershaw short-print from a couple of years ago. I'm sure I overpaid for it, but I was just happy to find it.

With that, I thought about looking around at the rest of the tables -- I had spent the entire time of the vast hall in only one corner.

But I figured what's the point? No more money.

So I headed out the door. Got in my car and headed the hour back home.

Two hours in the car. Only 45 minutes at the show. But I was singing the whole way back.

Stubby said…
I think there WAS a song. It goes something like (sing along if you know the tune)..."It's good to touch the Jim Greengrass at home". Must've been written by a catcher.
April 7, 2014 at 8:18 PM

The '72 Clemente is probably one of my ten favorite vintage pieces ever. It was one of the first great cards I can remember owning.
April 7, 2014 at 8:37 PM

BASEBALL DAD said…
Very nice. I definitely would have paid a buck for Dale Mitchell, even if he is a little misscut !
April 7, 2014 at 9:02 PM

Robert said…
Just one word for those pickups...

Captain Canuck said…
nice. Always glad to see someone loving cards for 'other' reasons.... and well done on that Covington. I've been after that card for awhile.
April 7, 2014 at 10:38 PM

Commishbob said…
That Covington!! Just a super card! And the '68 Fleer sticker is pretty sweet.

Fuji said…
I don't think you and I could ever hang out at a card show together. First... we're on opposite sides of the country. And second... I typically spend hours at card shows. I hate shopping too, but when it comes to cardboard... I can stand in front of dime boxes for hours. I'm dead serious. Usually I'll only leave because my legs are too sore and I need to sit down. Although one time, I had to leave because the guy standing next to me had some serious "stink mouth".

steelehere said…
It's a random request but could you take a few photos from the card show the next time you go. I'm curious to see the layout of the room.
April 7, 2014 at 11:26 PM

night owl said…
I don't multi-task at a card show. Need to stay focused. But there are images of the building online. I'll find one for you the next time.
April 8, 2014 at 2:24 AM

petethan said…
Tough for something modern to excite me as much as the vintage, but that Kershaw in baby blue took my breath away. Nicely power shopped!
April 8, 2014 at 2:30 AM