April 14, 2014
(I am greeting you approximately six hours away from my first spring break since I was in college. Yep, it's been a long time. So long that I've traded beer and babes for soul-destroying family visits. ... Ha! I'm kidding! It's time for Cardboard Appreciation. This is the 203rd in a series): 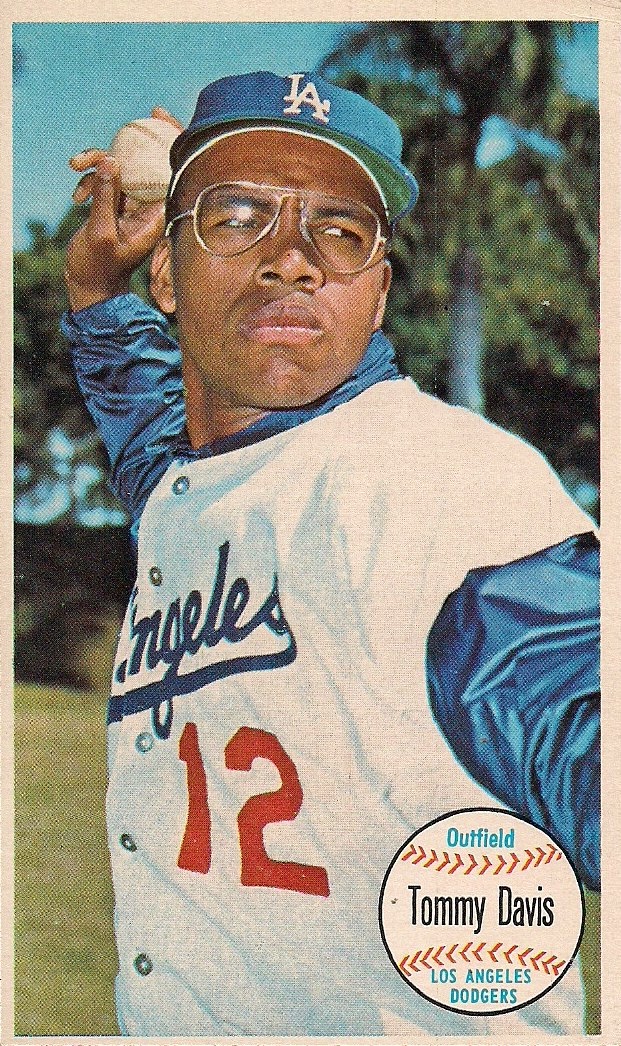 I often have blinders on in this hobby. It's out of self-preservation, really. How can I possibly focus on everything collectible in the cardboard world?

If I were to truly pay attention to everything -- given how varied my card interests are -- I'd want to have it all. And I can't have it all. So I'd suffer from cardboard heartbreak and you'd see me on the street collecting gum wrappers because gum wrappers won't rip out your heart.

But because I don't devote my energies to everything, I miss some great stuff.

Sure, I had heard of them. They were one of those oddball releases from the 1960s. Large size cards with the always cool-looking newspaper format on the back. 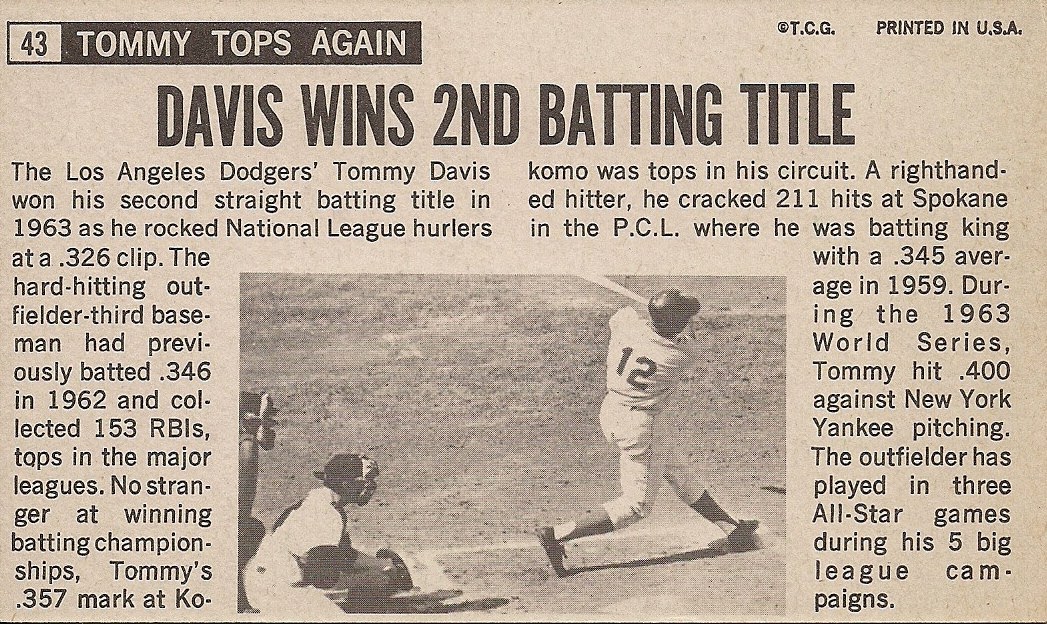 But I dismissed them -- you can't find any of the Dodgers in the set on my want list -- for reasons that were actually figments of my imagination.

First, because of their size, I thought they were difficult to store. I'm always automatically more dismissive of larger sized cards than mini sized cards.

Second, I thought they were flimsy paper things, much like the 1967 Topps Pin-Ups, which were made out of newspaper-like material.

But, I was wrong on both counts. First, the cards are large, but they're no bigger than a postcard and I have pages to fit that size.

Secondly, they are as sturdy as your sturdiest postcard.

And that's when I fell in love. How is it that every single collector isn't trying to complete this set? Beautiful, large pictures of '60s stars on respectable cardboard stock? If I wasn't collecting a million other things, I'd add this to the list.

This card came from Jonathan, who I know from Twitter. He also sent me three cards off my Nebulous 9 list: 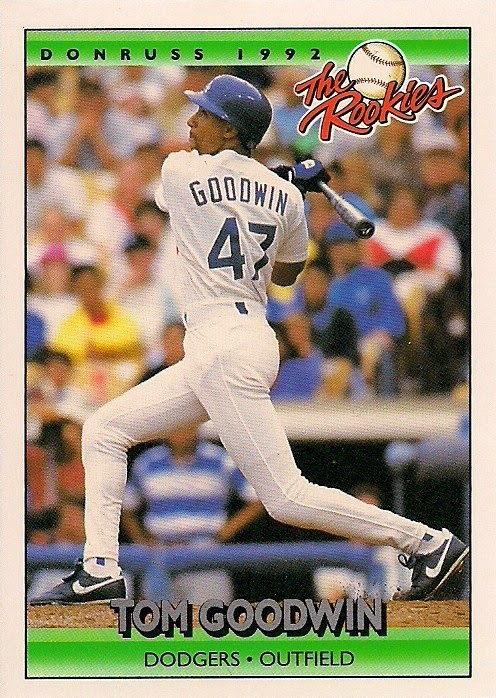 That's the last Dodger I needed from the 1992 Donruss Rookies set. 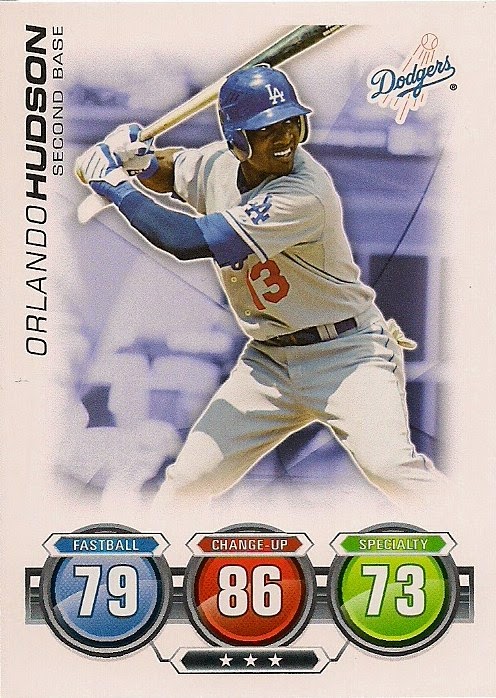 That's the last Dodger I needed from the 2010 Topps Attax set. 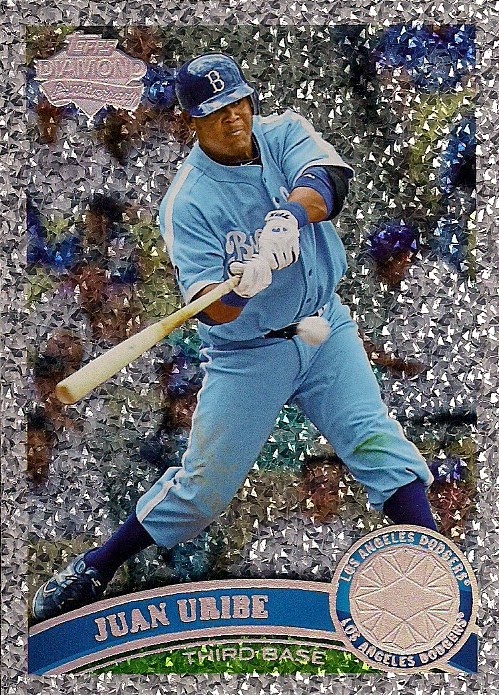 And this fantastic item gets me down to two cards away from completing the Dodger diamond parallels from 2011 Topps and Update.

I don't know if there are any other Dodgers in the '64 Topps Giants set besides the short-printed Sandy Koufax (lucky me), but I'll probably finally add them to my want list.

As for other sets that I find myself ignoring because I sometimes have to focus on, you know -- life -- I'll probably go right on ignoring them until someone sends me something that wakes me up out of my stupor.

And then I'll be all "where ya been all my life?"

And you'll be all "you've got get out more."

And I'll be all "we've got to stop talking like teenage girls."

Jeff said…
I've had the Carl Yastrzemski card for over 25 years (long since dormant PC) and I do find it kinda hard to store. But it is a good looking piece of cardboard.
April 14, 2014 at 9:28 PM

Anonymous said…
1964 Topps Giants is a criminally-underrated vintage set that I need to write more about in my blog. I'm at a point where I've got every card except for the short prints... I really need to knuckle down and track down those SP's.

FYI, Koufax is a SP.