Good things come to those who whine, part 2 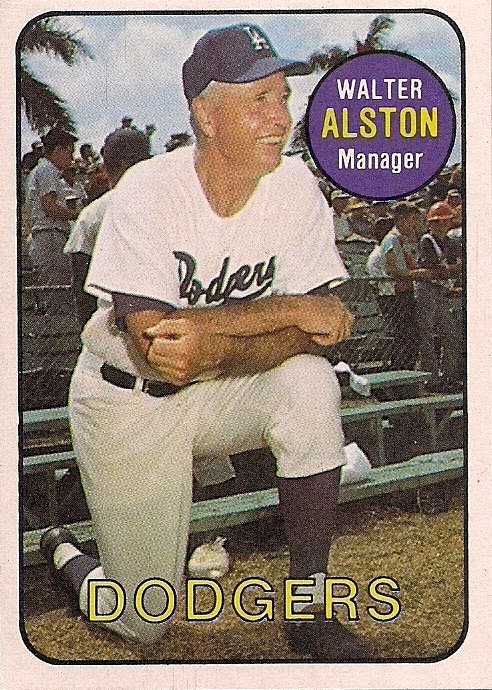 If there was one personality trait that I could change about me, it'd probably be related to my outlook on life. In short, I'd cut down on the whining.

I'm not exactly bitching every second of the day, and believe me, I complain much less than a lot of people I know. But I'm not exactly the strong, silent type either. I believe if something's bugging you, let it out, bro, before you do some irreparable damage.

I think this is why I comment on blogs frequently. I've just got to let it out. Whether it's a complaint or an exclamation or whatever. Got to say what I believe. Holding it in, that ain't good.

So a little while ago I was strolling through the blogs as I often do. This particular blog was Dime Boxes, which is a regular appointment on my reading calendar. Nick was displaying some cards that he received from Ethan of Playing With My Cards. Ethan and I happen to be Dodger fans.

Now, the cards Nick collects are all across the board. Some kinds I collect, some kinds I don't. But I only get covetous when he shows something from my wheelhouse -- 1975 minis or Hostess/Kellogg's cards, stuff from the '70s, basically.

So I was strolling absent-mindedly through the post when out of nowhere ... 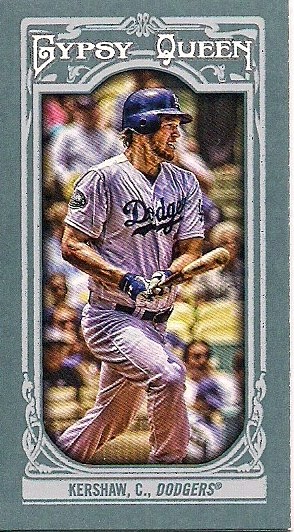 I had been hit!

Not a '70s card, mind you. But was that a short-print mini from last year's Gypsy Queen of my favorite player that I just saw?

Half in shock, I stared more closely to make sure.

And I was pretty sure I was bleeding.

You know that look on people's faces when they find out that their spouse is cheating on them? OK, it was nothing like that. But, man, I wanted that card so much it hurt.

Which is why I posted in the comments:

Or something to that effect.

That's what's known as a whine. I'm not proud of it. I should've kept my mouth shut. It's just a card that if I really wanted that badly I could have purchase elsewhere. But sometimes the collector emotion just comes out.

God, what a whiner.

But Nick didn't say that. Well, maybe he did, but he didn't say that to me. Instead, he sent me an email telling me he was sending me that card. And now it's mine.

I'm currently gathering some thank you cards for him, although I know he doesn't expect any. But hell, I just whined all over everybody. I've got to do something.

Besides, he sent a few other great cards, too: 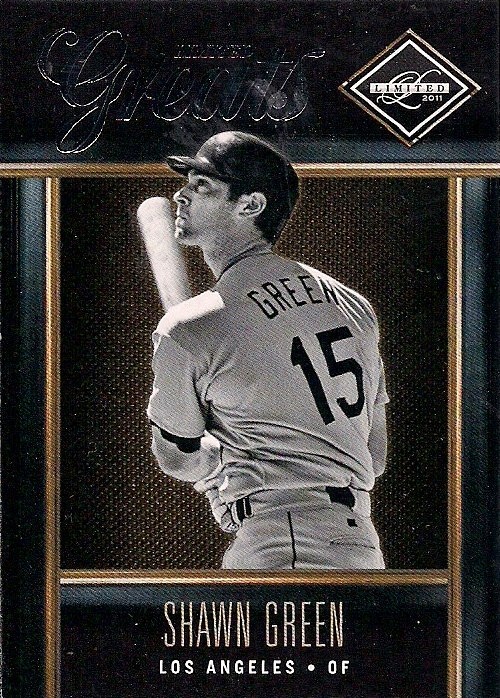 There's an unlicensed Shawn Green from Leaf from a couple of years ago. I've been helping out COMC in its bid to create a database over the last week and I've come across a lot of recent Leaf cards. They are, in short, flat-out ugly. This one is pretty good, but, wow, I don't know who was buying those Leaf cards. 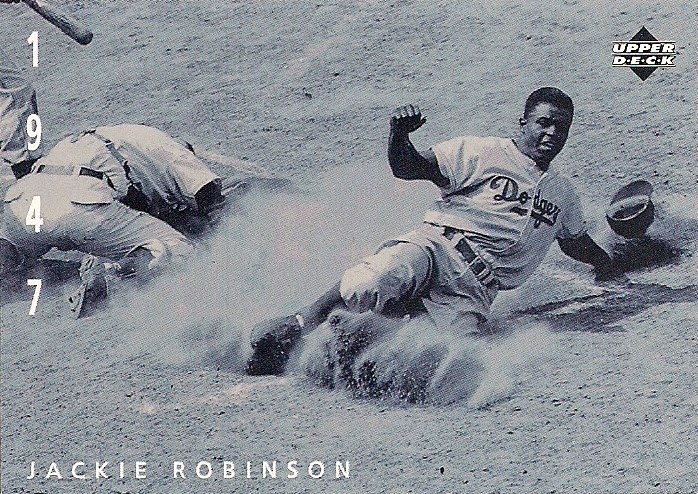 I believe this is one of those Upper Deck GE cards from 1994. I know, I'm a failure to the internet for not looking it up, but I have other things I want to do today. Wonderful card. 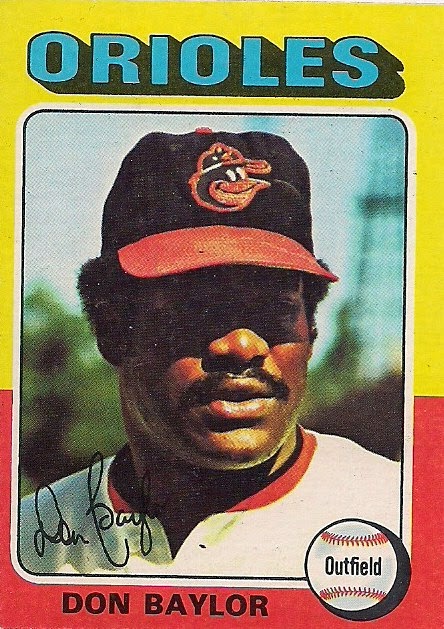 Another '75 mini off the list!! Weeeeeeeeeeeeeee! It's too bad what happened to Baylor last night, busting his leg receiving a first pitch. But can't say I'm shocked like others. He's 64, he has carried a lot of extra weight, and they asked him to squat. Things happen. 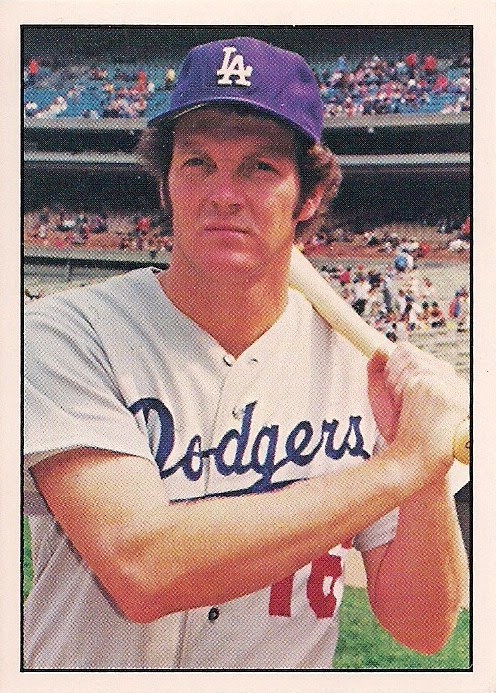 Besides the Kershaw, this is truly the highlight. That is former Phillies manager Charlie Manuel right there!

Or as the card back says, "Charles Fuqua Manuel."

This is one of the last '76 SSPC Dodgers that I needed (I acquired a couple more just recently), and almost the only cardboard evidence that Manuel played for the Dodgers in 19 games over 1974 and 75.

I'm sure most of these were dime-box, or penny-box, finds in the land of card show make believe where Nick resides.

I sure do appreciate that he thinks of us less fortunate in other parts of the country. And I appreciate him overlooking the whiny sound of my voice and placing that Kershaw in my collection.

Not all of us can be the strong, silent type.

JediJeff said…
Pretty soon, Nick and I will find a boxes where we take cards out, and then guy on the other side of the table gives US money.
April 1, 2014 at 8:43 PM

Nick said…
You are very welcome, Greg. I know Mr. Kershaw (and the others) will have a good home with you. I can already see Baylor's broken leg being added to "Baseball's Wackiest Injuries" lists across the internet.

Stealing Home said…
Sorry PATP, but REALLY?
YOUUUU should be the one to have gotten that Jackie Robinson "STEALING HOME " card? I think not.

petethan said…
Considered sending you one, Greg, but I figured you probably had it the day after Ginter came out. Besides, that would have thwarted my master plan to get some pub twice for the same card...
April 2, 2014 at 3:43 PM