December 08, 2012
(One year ago today, the Dodgers signed Aaron Harang for their 7th pick up of the offseason. They had already signed Jerry Hairston Jr., Chris Capuano, Juan Rivera, Matt Treanor, Mark Ellis and Adam Kennedy. This offseason, they have signed no one to this point, because they're waiting to see where Zack Greinke's former cheerleader wife wants to live. Such is life as a fan of the No. 2 payroll team. Time for Cardboard appreciation. This is the 167th in a series): 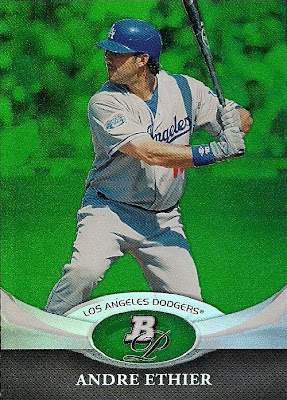 Green doesn't go with the Dodgers very well. Sure, it's a pretty card -- supplied by The Angels, In Order -- and one I desperately wanted. But it's not the Dodgers' color.

I think of this every time I see one of these parallels. Green. Red. Orange. They're all very nice. Exotic, even.  And I love colored parallels.

But they don't go with the Dodgers. 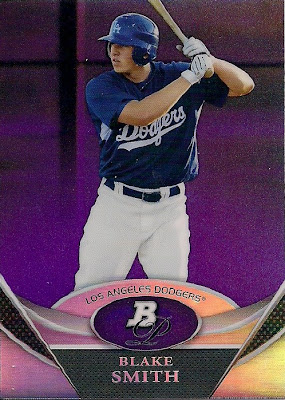 Angels In Order sent this parallel, too. Purple doesn't work any better with the Dodgers. Blake Smith looks like he's batting underwater in a sea of cough syrup.

No, if you want a card that goes with Dodgers, with the necessary amount of flash, then you have to turn to my favorite stand-by. 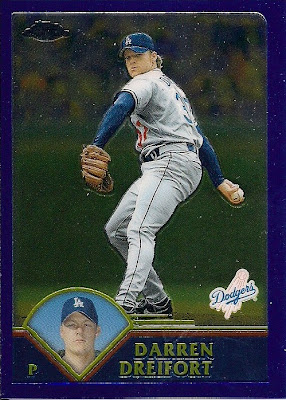 I've already discussed how much I love the 2003 Topps Chrome set. A chief reason for that is how well the set goes with the Dodgers.

In fact, if I were to pick a set that matches with the Dodgers the best, I think I'd pick 2003 Chrome. There is nothing that dazzles me more out of a baseball card binder, than when I turn to the '03 page of my Dodger binder.

One of these days I am going to go through each team and pick out the set that matches the best with each. I've been thinking about this for years now and have never gotten around to it.

In fact, I've already thought of a couple specific examples: 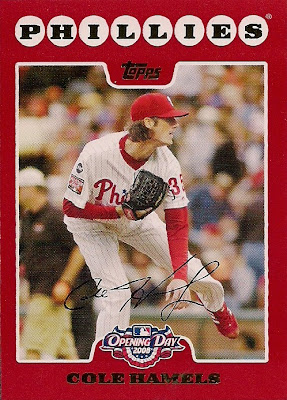 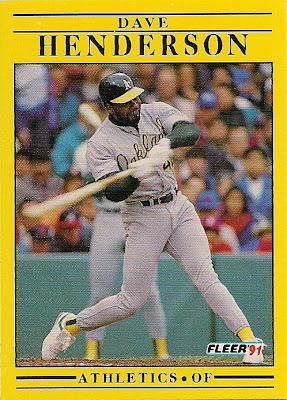 Needless to say, I'm happy I follow the Dodgers.

Now you may say that the Cubs or Rangers or Indians or Braves look good in blue chrome, too. Or the Royals or Blue Jays. Or the Mets or Twins. And they do, sort of.

The Braves, Rangers, Indians and Twins incorporate too much red into their color scheme -- can't have it both ways, gents. And the Cubs have those pinstripes, which I think will go with another set better. The Royals and Blue Jays seem more baby blue to me.

The Mets? They're close. Got to do something about that orange, though.

But the Dodgers, they're blue through and through. 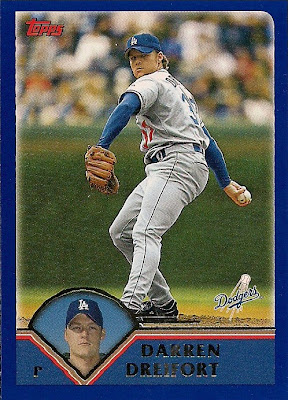 Even the regular base set looks pretty snazzy with Dodger blue.

Nick said…
Great topic, I'd never really thought about this before. The blue '03 Topps border certainly goes well with the famous Dodger blue.

hiflew said…
Matching a team to a set is an interesting topic. The toughest would have to be the Marlins and my Rockies, but I'm sure you will come up with something great.
December 9, 2012 at 2:08 AM