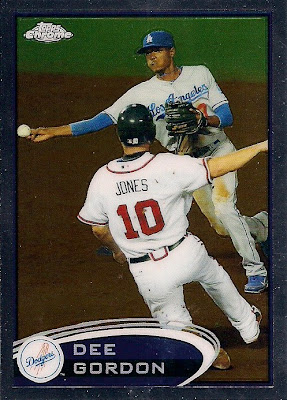 As you know, I have no time for these ideas. So there they sit, waiting for me to look at them and actually go out there and EXECUTE, as the football coaches say.

What I need is a short-and-sweet post. But I'm not really good at that kind of post.

"Quick and dirty" is a phrase used frequently by my 12th grade math teacher. He was an odd bird with all kinds of odd phrases. "Quick and dirty" was his way of teaching some simplified formula around whatever godforsaken, booby-trapped calculus problem that he was proposing.

I was amused by the "dirty" part. I'd never heard "dirty" used before to mean "simplified but effective." I only knew dirty as "playing in mud puddles" or, um ... you know, that other thing.

But I'm going to try the "quick and dirty" now. I'll throw some links at you that you may or may not know about already. They may be helpful in your card blog-pursuing pursuits. It'll be your quick-and-dirty door to more collecting knowledge.

1. First a new card blog. The writer is an Astros fan. And a rabid tweeter. I've already traded with him and it was quite pleasant. You know there aren't enough Astros collectors out there. So look him up. Go to:

2. This blogger has been around for a few months, but I don't think enough people know about him. He's my kind of collector. Not afraid of dollar stores or repacks. And he's from Canada, too, eh? He just sent me some cards that you'll see some other time. In the meantime, give him a follow:

Sportscards From The Dollar Store

3. If you were blogging in 2008, then you know all about Wax Heaven. If you weren't and you never heard of it, you missed out. After a few different reincarnations, Wax Heaven is back in tumblr form. I'm also on tumblr, but have been a bit neglectful due to the no time thing. However, Mario is still going strong. So, for all things Canseco and 1990s cards, return again to:

4. I admit, I don't pay a lot of attention to the 1952 Topps set. I know it's iconic and all that. It's just so semi-unobtainable that I haven't bothered with it much. But I'm finding new appreciation for it, thanks to the efforts of Tim Wallach supercollector and operator of the blog Classon Ave. Don't let the fact that he likes the Yankees sway you. This blog that charts his progress collecting the 1952 Topps set is already fascinating to me. You can follow at:

Next up are a few established blogs who are embarking on projects that I think deserve a little more notice.

5. The first is a reconstruction of the 1986 Topps set. Johnny has found photos for every single player who competed last year and made a card of them in classic '86 style, and is presenting them team-by-team. This is phenomenal. He's even updated some of the team colors used to their present colors, over which I'm somewhat conflicted.

He's also posting them in order of how much he likes each team. I know the Dodgers are going to be at the bottom, which is a sign that he may need some professional help. But that's how much I like the project. I still think you should be paying close attention despite his weird rooting interests. Check it out:

Cards From The Quarry

6. The second is Jaybarkerfan's Junk's annual Blog of the Year contest. Now, I know people have some philosophical issues with awards and "best blog" and all that. But I hope that everyone can treat it as good fun and a way to pay tribute to some blogs they like. And the winner gets goodies!!!! Oh ... and I won it last year (hee, hee). So nominate! And vote! Here's where to go:

7. Finally, my bud, Robert has joined one of many of us currently running countdown shows. He has picked his favorite 25 sets, which is really something I should have done. Certainly would've saved me some time over this whole Best  Dodger Card business. He's in the early stages of the countdown, so I'll forgive his selection at No. 23. But expect some great picks later on! You can follow it here:

Speaking of Robert and his blog, he sent me some cards recently. Included were some Chrome Dodgers from this year. 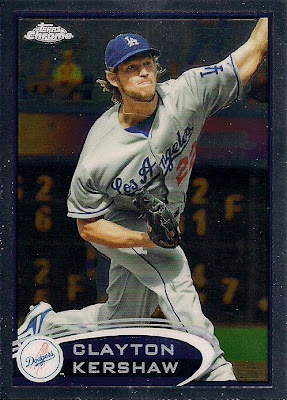 I'm especially grateful for this one. I feel this absolute need to obtain at least every base Kershaw cards. I may not be able to be a rabid player collector, but at least let me find the BASE, please. 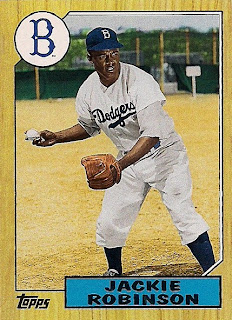 I requested this card. Because I've never seen Robinson in this pose before.

At least it's colorful. And you really get an idea how small Robinson's glove was. Wow.

Lastly, there was this card: 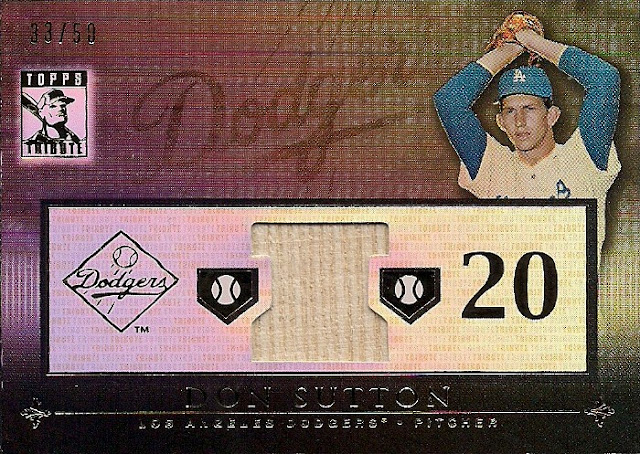 There aren't a ton of Sutton relics, and I'm quite sure there are even fewer BAT relics, considering Sutton was a career .144 hitter who couldn't even hit a single home run.

The card barely makes reference to the relic piece, just saying that I should be congratulated for receiving a certified memorabilia card. I'm pretty sure it's a piece of particle board.

But I still can't stop enjoying it. Very cool.

And I guess I've rambled on too much for something that's quick-and-dirty.

I screwed up a lot of calculus questions, too.

Spiegel83 said…
Cool list out shout outs to some fellow bloggers. Also, thanks for the tip on a new Astros blog. I am always on the prowl for new trade partners.
December 4, 2012 at 8:29 PM

Robert said…
Awesome stuff. Glad to find some new blogs ... especially the '52 Topps blog, which should be interesting to follow along with.

Thanks for the plug as well, it really is appreciated.

Zayden said…
Good to hear about some new blogs! Some of them I was aware of and some not. I think I've got them all followed now. Thanks for bringing these to light : )
December 4, 2012 at 10:45 PM

buckstorecards said…
Thanks for the shill!