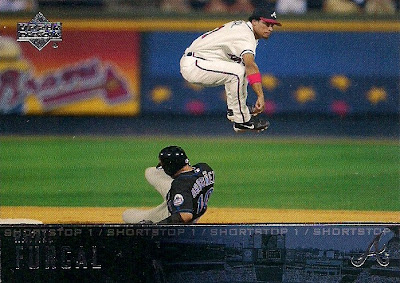 Moving through year 5 on this blog, I feel like I am constantly repeating myself. So if I've mentioned this before, feel free to move on to the next blog. You won't hurt my feelings.

I have this very loose rule about what makes an athletic activity a "sport." I know there is already a definition for "sport" that goes like this:

"An activity involving physical exertion and skill in which an individual or team competes against another or others."

That's all well and good, but it's too vague for my needs. I oversee a section of a publication in which the word "Sports" is printed in big, red letters at the top of the page. And what you find on that page and the pages inside are indeed "sports." Nothing else.

But there is a limited amount of pages and space. And every day it seems like someone is inventing a new sport. Periodically we have certain folks affiliated with those more obscure sports demanding coverage. They believe they deserve coverage on par with football or basketball or, you know, stuff that people actually want to watch.

So I have this rule. I don't apply it to the publication, because I'd have to scrap certain known "sports" with allegedly big followings. I don't need those kinds of phone calls. But the rule is a quick-and-easy answer to the question I get a lot, which is "is this a sport?"

Here is the rule: "It's a sport if you are able to win the game/activity through your own merit." That means, you or your team must be the only ones who determine who wins the game. There is no judge. The player or players on the field control the outcome.

It's not a perfect rule by any means. But when I think of which sports that rule eliminates, I'm happy about it. I have a problem with sports in which judges decide who wins and loses. So by this definition, figure skating, gymnastics, diving and cheerleading are not sports. I'm OK with that.

People often say, "what about boxing?" Well, in boxing there is something called a "knockout." You don't want to win by a judge's decision? Knock the guy out. And for me, that's good enough to declare boxing a "sport."

I still like this definition, and it amuses my co-workers. But I know that it would not please everyone, and it's far from perfect.

I thought of all this when I was looking at the night card of Rafael Furcal from 2004 Upper Deck. It's a terrific image of one shortstop, Furcal, retiring another shortstop Rey Ordonez. Furcal is completely airborne. A good couple of feet off the ground. And then I thought ...

"What if 'getting airborne' makes it a sport?"

I started thinking of the moments when a player is airborne in respective sports.

Football: A wide receiver or defensive back leaping for a pass. A linebacker leaping for the quarterback. A defender trying to block a pass or a kick. A running back diving for more yardage.

Hockey: Doesn't happen a ton. Bobby Orr's famous Sports Illustrated photo illustrates it though. And there are a lot of airborne moments on checks.

Lacrosse: Lots of diving attempts at the goal.

Tennis: Again, not a lot, but there are diving attempts at the net.

Wrestling: Surprisingly, it happens often. (And even more often in pro wrestling).

Skiing: You can't stay on the ground going over some of those hills.

Volleyball: The most awesome airborne sport I know.

Auto racing: Well, they try to avoid it, but if you're in a spectacular wreck, you might be airborne.

And I could go on and on.

I sort of like this definition, too, because it eliminates golf and pool and bowling. But it also eliminates swimming (obviously), rowing and running. And I'd have to include sports ruled out by the previous rule, like gymnastics and figure skating (in fact, just about all of them).

So, that's not perfect either.

Maybe some combination of the two.

At any rate, I think I definitely prefer sports in which you can get airborne. And you can win on your own merit.

Night Card Binder candidate: Rafael Furcal, 2004 Upper Deck, #145
Does it make the binder?: Unfortunately, no. Mick the Quick is blocking it.

runfore!kelloggs baseball cards said…
I like your definition. I also have issues with winners being determined by judges, like Mary Lou Retton winning because the Romanians couldn't match her smile.

One of my friends came up with my favorite definition of a sport. He defined what is not a sport by saving "it can't be a sport if you can gain weight during the duration of the activity". It was his way of ruling out things like golf, which I love, and bowling.
December 3, 2012 at 9:49 PM

Captain Canuck said…
while I like the premise of your rule, I find that it is not specific enough.
Perhaps if we take your rule ;
"It's a sport if you are able to win the game/activity through your own merit."
and on an ending to it.

"It's a sport if you are able to win the game/activity through your own merit, while the opposition does it's best to stop you."

Ana Lu said…
In football (your soccer) when you have fouls you sure can see them all going airborne and diving.

What about table tenis? They move a lot in short amount of space. And they kind of dive sometimes.
December 4, 2012 at 8:04 AM

Spankee said…
You left off an important part of the rule. Not only is the possibility of being airborne required, but you can't be sitting, either. That gets rid of auto racing, which is definitely not a sport.

One addition I'd like to make with an asterisk is horse racing. It's an animal sport. It's not a human sport, but the horses are most definitely athletes.
December 4, 2012 at 9:39 AM