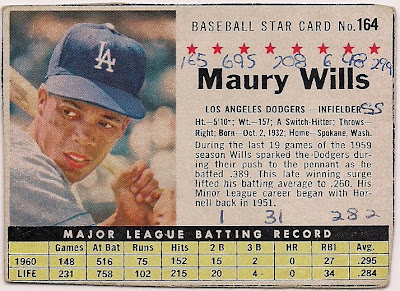 I recently received a handful of early 1960s Post cards from a couple of different folks. This is very cool because not long ago, I lamented that I didn't have any of these kinds of cards. Yet, just in the past year, several kind collectors have sent me some to admire up close and personal.

Post cards, for whatever reason, seem to be an invitation for people to write on them. I'm not sure why. Maybe it's because you had to cut them off a box and they already had a homemade feel, so you might as well add your own little mark.

Both Post cards that mr. haverkamp sent me contained "updates." I can appreciate these because that automatically means the card has a back story. And any journalist worth his digital recorder loves a good back story.

The first one I particularly admire because it's a true update. Whoever owned this card previously was so taken with Wills' MVP season of 1962 that he or she had to update Wills' 1961 Post card.

The handwritten numbers across the top are Wills' vital stats from 1962. First, there is the 165 games played, which always stuck in my mind because it seemed so over the top. One Hundred Sixty FIVE games played? How is it that possible? Wills could even play in more games than were scheduled! He's Superhuman! (Of course, later I found out about the terrible truth of the '62 three-game "special" playoff and the 165 games took an ugly turn).

The update at the bottom -- the 1, 31 and .282 -- are Wills' home runs, RBIs and batting average from 1961. Notice there is no mention anywhere of stolen bases -- even during the period of Wills' record-breaking 104 stolen bases in 1962. I grew up during the tail-end of the period when stolen bases was kind of an ignored stat. You didn't really mention it or notice it. Finally, by the late 1970s, people started listing the darn thing. I mean Wills and Lou Brock were players, right?

OK, let's move on to a Post card owned by a much less rational fellow. 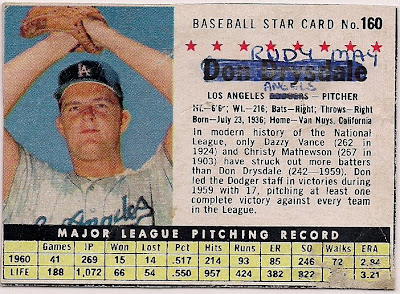 The back story behind this card is that it was once owned by a delusional Angels fan.

Rudy May pitched for the Angels between 1965-74. At no point could anyone possibly confuse him with Don Drysdale.

Why, I'll even show you a card of Rudy May's: 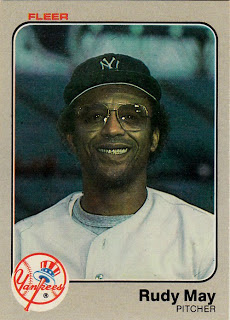 Yeah, I don't know what the Angels fan was smoking. But then that's probably why he's an Angels fan.

But like I said, one of the things about these Post cards is you just can't resist writing on them. So now that the card is properly in the hands of a Dodgers fan, a wrong must be righted.

Here is how the card presently reads: 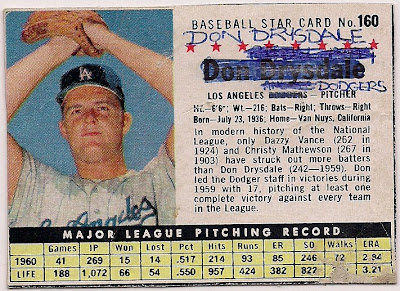 Order has been restored.

I also received another Post card from a different person -- this one was from Jeffrey at Cardboard Catastrophes. It didn't have any writing on it at all. Yet, it has a back story. 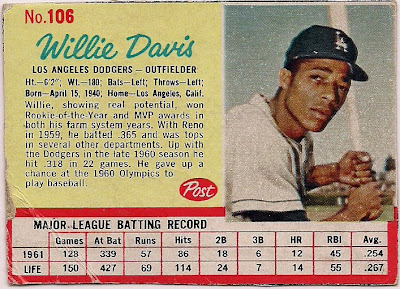 This 1962 Post card was sent to me in memory of Chris Stufflestreet, a collector and blogger who left us in September. Chris made an impact on me with his posts and love for vintage cards, but more so for the knowledge that he brought me and the fact that he grew up where I now live.

(I find it interesting that the card I received in his memory wasn't written on in any way. Chris was an avid collector of "modified" cards).

Chris also apparently made an impact on Jeff, who received some cards from Chris "just because." In his honor, Jeff asked that I might "pay it forward" to another collector, at a time of my choosing.

I'm just getting to the point where I can start sending out card packages again. Friday should be my first true mailing in weeks. Once I can get out from the backlog of stuff I need to send (which should last weeks), I should be able to properly recognize Chris' memory, as Jeff has done.

I also received a few other quarter box cards from Jeff: 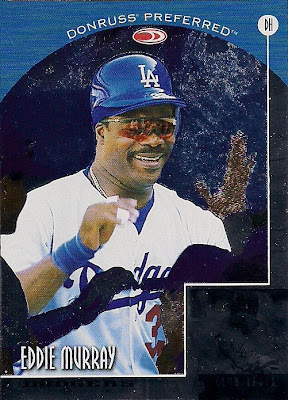 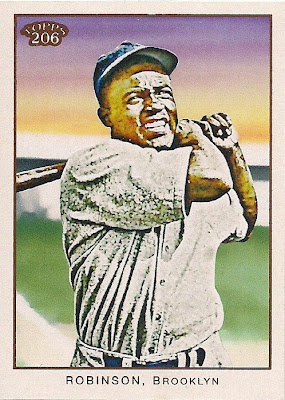 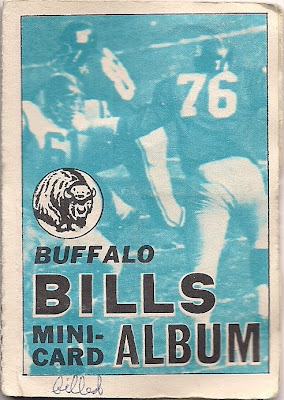 That last item is a cool something-or-other from the 1960s. My knowledge of 1960s football is virtually squat. I know Bart Starr. I know Joe Namath and the '69 Jets. I know the Heidi game and the Ice Bowl. And that's it.

So I don't know exactly what this is or when it was issued. 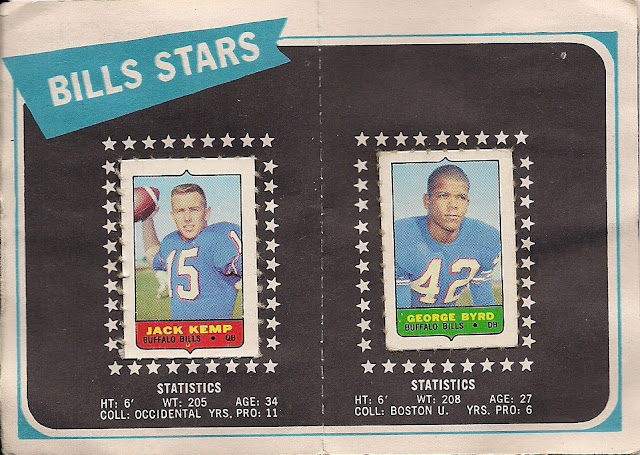 Those are the innards. OK, Jack Kemp, I know that guy.

Apparently, there were tiny stamp cards of NFL players and you could stick them in this mini stamp album. And, apparently, they were Bills Stars. I'll take their word for it. I'm not looking it up. 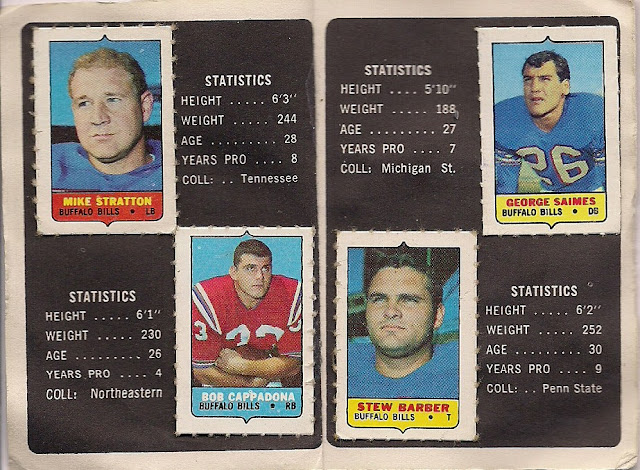 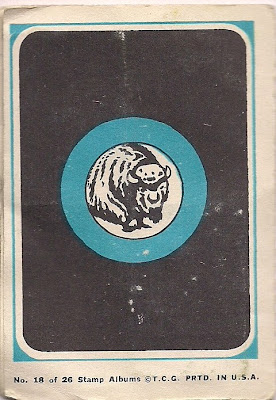 And an ancient-looking buffalo on the back.

I suppose that's fitting on a day the Bills close out their season with another stellar (6-10) mark.

I probably should investigate the album thing some more and figure out its back story.

After all, that's what makes cards interesting and brings them to life. They're not just pieces of material with pictures. I wouldn't be collecting them if that's all they were. They're much more.

So you can write on them if you like.

But I have just one request. Don't turn Big D into a freakin' Angel.

He was no Angel.

Nick said…
Quite a few of the Post cards I've found have writing on them as well.

Like you said, I'm not sure what it is that caused kids to write all over them back in the day.

When I was a kid I'd open some packs and try to make the best possible 'team' out of them. I'd have the eight position players a lefty and righty starter and a reliever. Maybe the kid needed a left-hander and wanted Rudy May.

Anonymous said…
How cool is that to feature a facemask penalty on the cover of the mini-album?? Very nice!
December 30, 2012 at 9:06 PM