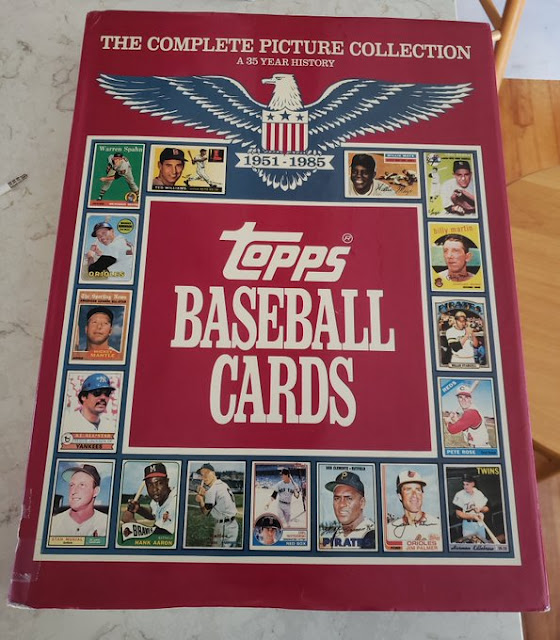 Over on Twitter, Daniel of It's Like Having My Own Card Shop posted a find from his local card shop, landing the above book for 5 bucks.
That's some magical LCS he has, I could never expect to find a book like that in any LCS I have entered in my entire life and if I did, it certainly wouldn't be that cheap.
Daniel's tweet said something like "I've wanted this for a long time," and I can relate. My daughter bought me the same book for my birthday last summer (it cost more than 5 bucks), and I also had wanted it for a long time.
I wasn't a kid when I first came across this book, I was in college. But the want was real and it never went away, lasting decades, until I finally unwrapped it 35 years later.
This is what drives me as a collector. I'm trying to track down the cards and other baseball-related memorabilia that I wanted as a kid. Yeah, it's nice to get some current stuff, but it isn't close to the feeling of landing something from childhood. What a moment that is, tracking down a card that I couldn't afford way back then, pulling it from its envelope or top-loader and saying to 9-year-old me: "Here ya go, kid."
Chills.
Inspired by Daniel's purchase, I went through my own timeline to find where I had obtained something and said that familiar phrase: "I have wanted this for a long time." 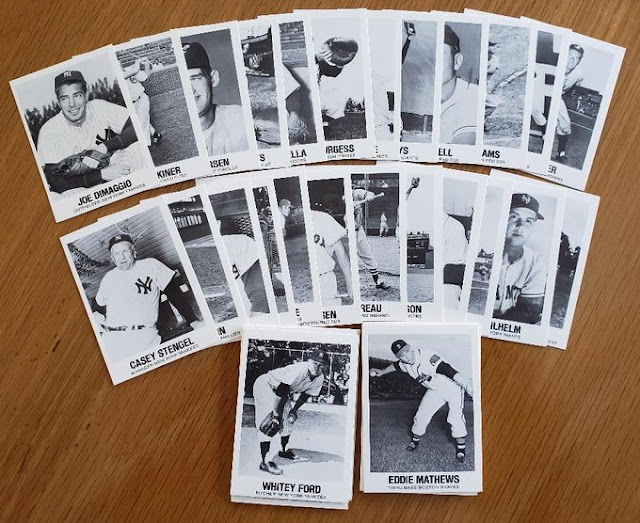 Advertisements for these Renata Galasso/TCMA "Stars of the '50s" cards appeared in the late 1970s Baseball Digest that came to our house. It's no exaggeration that I spent hours wishing I owned these. In 2020, 40 years or more since I first saw those ads, I finally added them. The kid is still really excited. 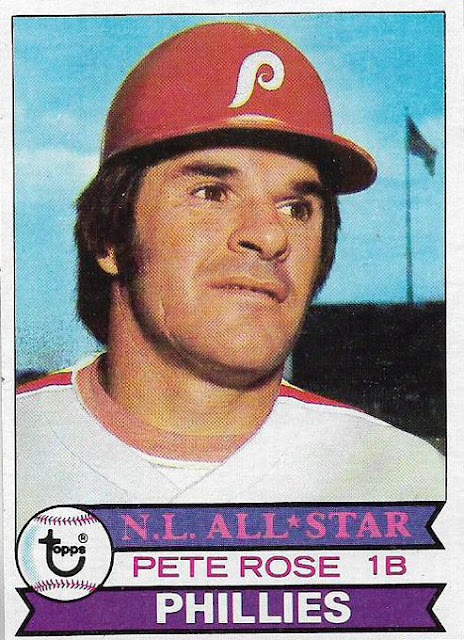 The 1979 Pete Rose Burger King card expanded my desire for food-issue cards from breakfast cereal and snack cakes to hamburgers. "Traded" cards were a novelty in the '70s -- mind-blowing actually -- and seeing Rose as a Philadelphia Phillie did not compute. I so wanted it. I finally got it -- 37 years later. 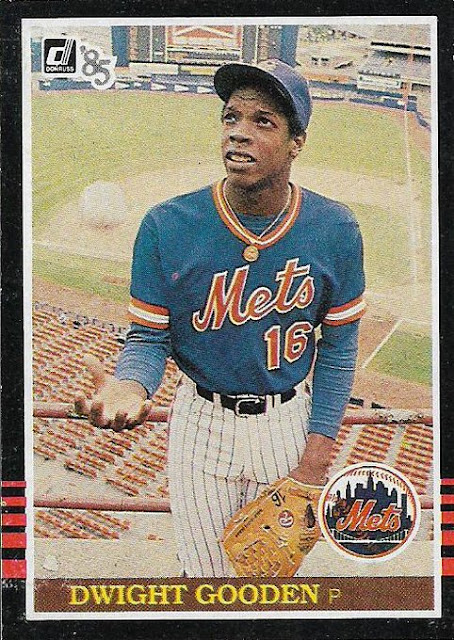 OK, not a kid when this drew my attention either. I may have been in college, it may have been even later. But it's safe to say I've wanted it for 30 years or more. Box-bottom cards were all the rage in the '80s and not easy to find for those who couldn't possibly dream of buying an entire box of cards. What was that madness? I still remember the time I worked for a CVS and saved some 1989 Topps box-bottoms from the trash compacter. Box-bottom cards for free!?!?!? I still have those things. 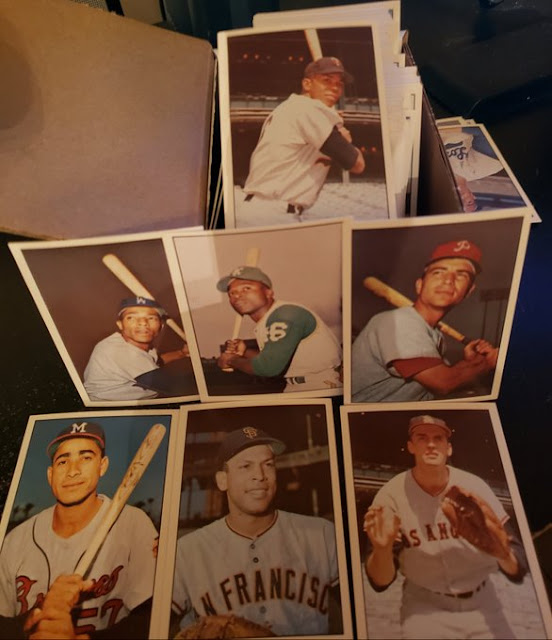 More TCMA stuff I saw advertised in Baseball Digest in the late '70s. These Stars Of The '60s cards showed up in 2020 and, best of all, they arrived from a man named Aronstein -- you know, the "A" in TCMA. The kid is impressed. More oddball legends sets. Long before retro cards arrived, this is what we wanted. So fantastically colorful. As a teenager I saw these in Fritsch catalogs and the like. Since they were modeled after the 1975 Topps set, I may have drooled over the pages a time or two. I spent years looking to obtain these and ebay searches had been fruitless until one winter day in 2021. Another 40-year-want slain! Here ya go, kid. 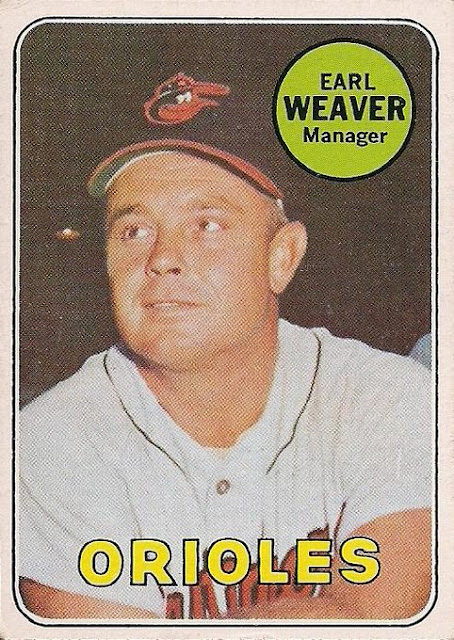 If you think all I desired as a kid were oddball sets, that couldn't be further from the truth. There were all those '75 Topps cards, of course, and really anything card-like that came across my vision. One of the prime things were cards from just before I started collecting, '71 and '72 Topps, for example. And then there was the time my friend down the street was gifted with his older brother's cards, almost all of them from 1969. I managed to land some of them in a trade but that just touched off so much waaaant for the rest of them. The Earl Weaver especially interested me. I finally got one about 36 years later.
I could do this for so many other cards that came out when I was a kid or earlier. It's still what drives me today.
The thought of beginning to collect, say, two years ago and just desiring cards from around this time is quite foreign to me. The nonstop quest for Prism or whatever. I can't imagine collecting without hearing that kid inside saying, "I want that one and that one and that one."
That kid spurs me on to this day. Without him, I may have given up on this a long time ago.

Nick said…
I've wanted one of those Topps books for a long time, but I've never seen one anywhere near $5 (or even in the same ballpark, really!). I can't remember exactly where, but I saw those Galasso cards at a young age and I knew I'd be collecting them at first sight. Still one of my favorite "old guy" sets ever.
June 6, 2022 at 8:22 PM

Old Cards said…
Can't beat the $5. What a deal! Saw this book when it first came out for $99.99. Years later I saw an updated version that shows 1951 through 1990 in a discount outlet bookstore. Same identical book, but with 5 more years of cards displayed. it was marked $14.99. When I took it to check out, the clerk said that they had sold several of them that day. I thought to myself "I bet." It has a prominent place on my bookshelf.
June 6, 2022 at 9:03 PM

Matt said…
If I was a kid trying to get into collecting now, I would stick to video games. They are cheaper and the thrill lasts for longer.

GCA said…
So much nicer to have than just more of those paper strips with presidents on them that you see everywhere all your life that are just like everyone else's. But some people don't see it that way....
June 7, 2022 at 10:47 AM

AdamE said…
I have been to his LCS many times. It is my favorite card shop in the valley
but it is almost an hour from my house so I only go if I am already on the west end of the valley for something else. I have bought many cards there over the last ten years and I am 100% certain I have sent you some cards from his LCS. His LCS used to always have a bunch of pre war vintage. Good stuff like Tobacco Cards, Goudey, Leaf, and Bowman. Lots of Oddballs like Hostess, Kellogg's, and Post. Most of that good stuff was in there on consignment because if I ever picked up more than one card at time he would have to call someone to ask how much to charge. The last couple times I have went in all that good stuff wasn't there anymore. (I think all the good stuff got sent off to get graded so it is out of my price range now.)
June 7, 2022 at 2:10 PM

Anonymous said…
That BK Rose is on my want-list. I mean it would be if I had such a thing. I did have that awesome Gooden since I was fortunate enough to receive a box of Donruss in '85. No idea what happened to it.

Fuji said…
The kid inside me is one of the biggest reasons I'm still collecting cards after all of these years. I'll still look for current stuff too, but there's nothing like reading a post or stumbling across a card that I've wanted since childhood and finally adding it to my collection.
June 7, 2022 at 11:35 PM