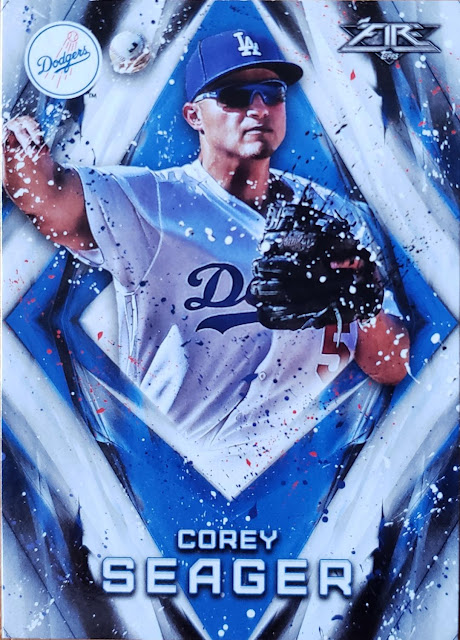 A couple days ago, Collecting Cutch informed me that it was National Sunglasses Day. I was out of town, so I didn't get the memo. I also didn't get the chance to post about sunglasses on baseball cards that day.
So this is me being not-so-timely with a Blog Bat-Around type of post.
I wanted to see how prevalent sunglass-wearers were on baseball cards today, by looking at the last 10 years of Dodgers cards in my collection.
It turns out they aren't all that common. I'm not sure why. Maybe it's because card companies want to make sure faces are shown? I just know that sunglasses show up a lot in baseball games I watch, especially in the outfield. I know that I use sunglasses just about every day during the summer (sometimes in the winter, too) and it's got to be standard equipment for people working outside, looking up into the sky.
So, anyway, here are the five most recent Dodger cards I found with sunglasses worn. 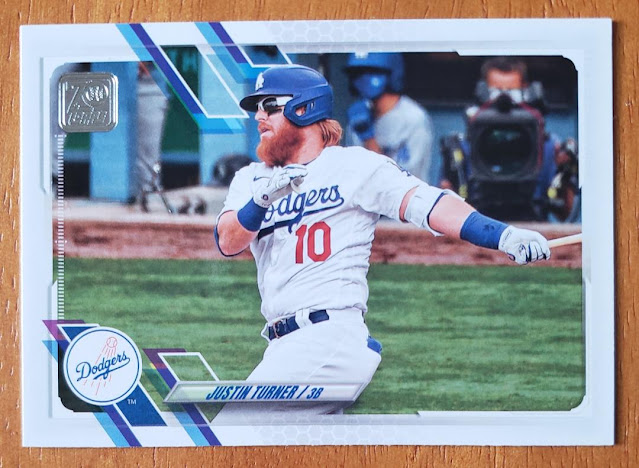 Mookie Betts, box-topper something-or-other from 2020 or 2021. I honestly don't remember, nor have the time to go back upstairs and figure out exactly what it is. 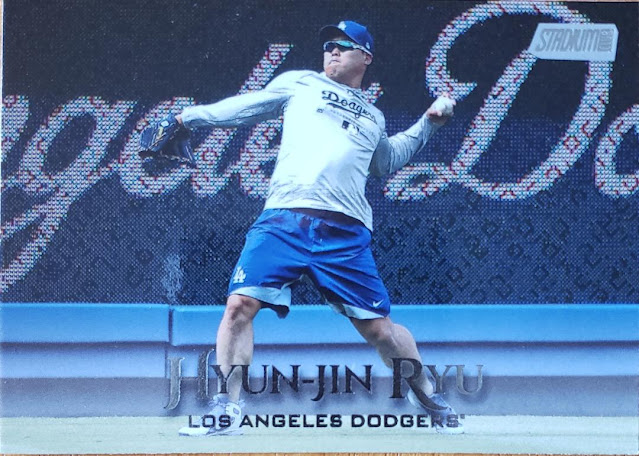 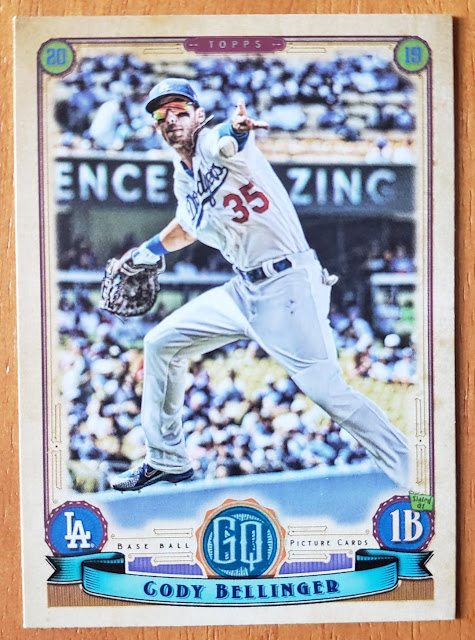 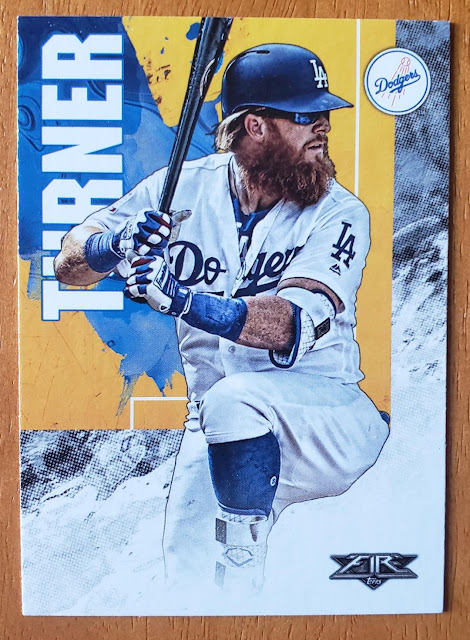 Justin Turner, 2019 Topps Fire
Anything earlier and we're going back five years, it's really not a common sight on cardboard.
But it's appropriate that Justin Turner showed up twice because in the last 10 years, he's shown up with sunglasses more than any other Dodger. 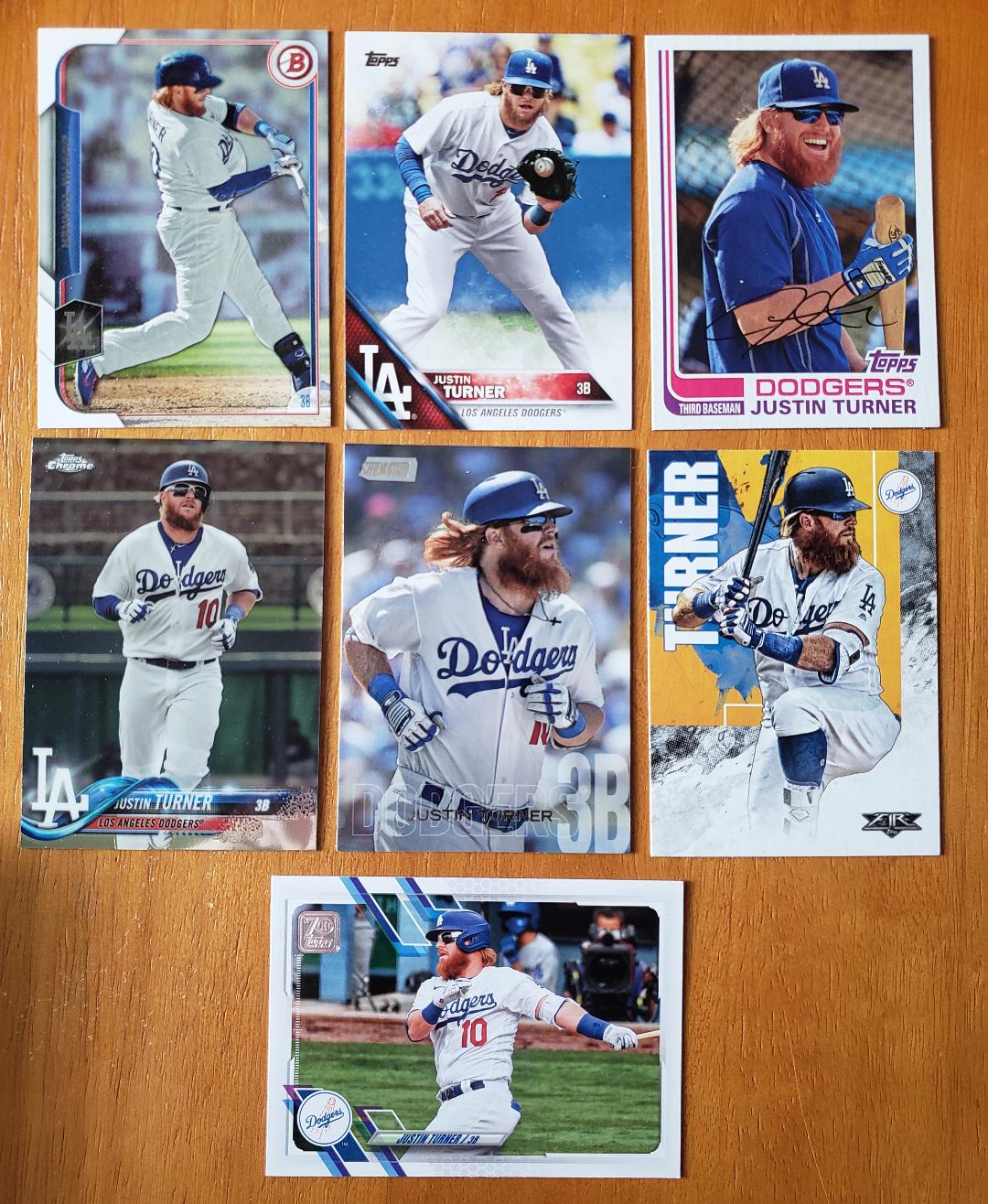 Seven times in my collection, not counting parallels.
Understandable that Turner, a red-head, flips down the shades quite often. Walking around with blue eyes, as I do every day, that sun is BRIGHT. 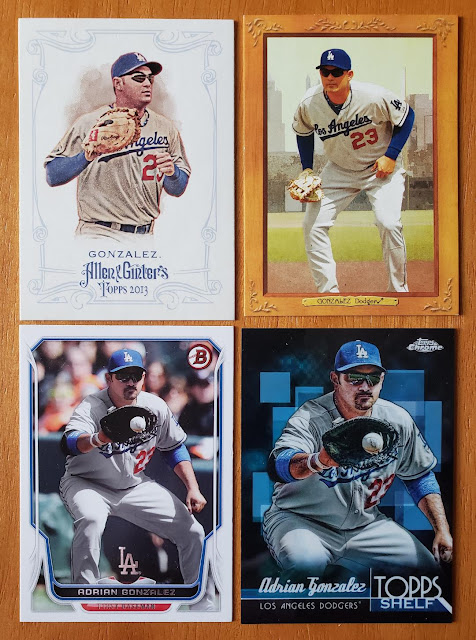 Adrian Gonzalez showed up with the next-most with four, although two are the same picture, Topps (this sunglass research exposed a couple examples of Topps photo reuse). 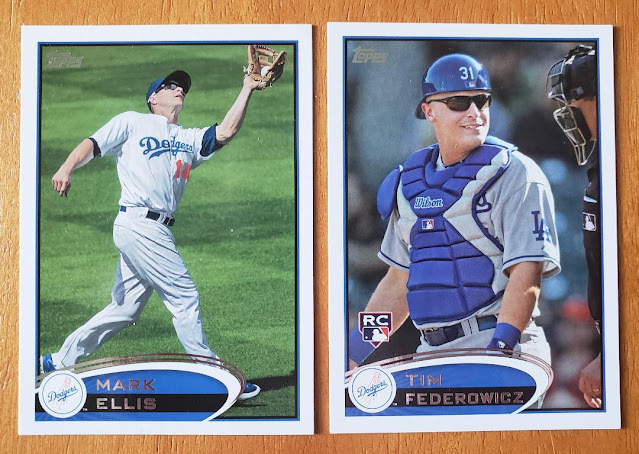 I started looking at cards from 2012 and found these two in the Dodgers flagship set from that year. Tim Federowicz is an obvious example as Topps merely used that photo, or one during the very same inning, and just cranked it out over and over. 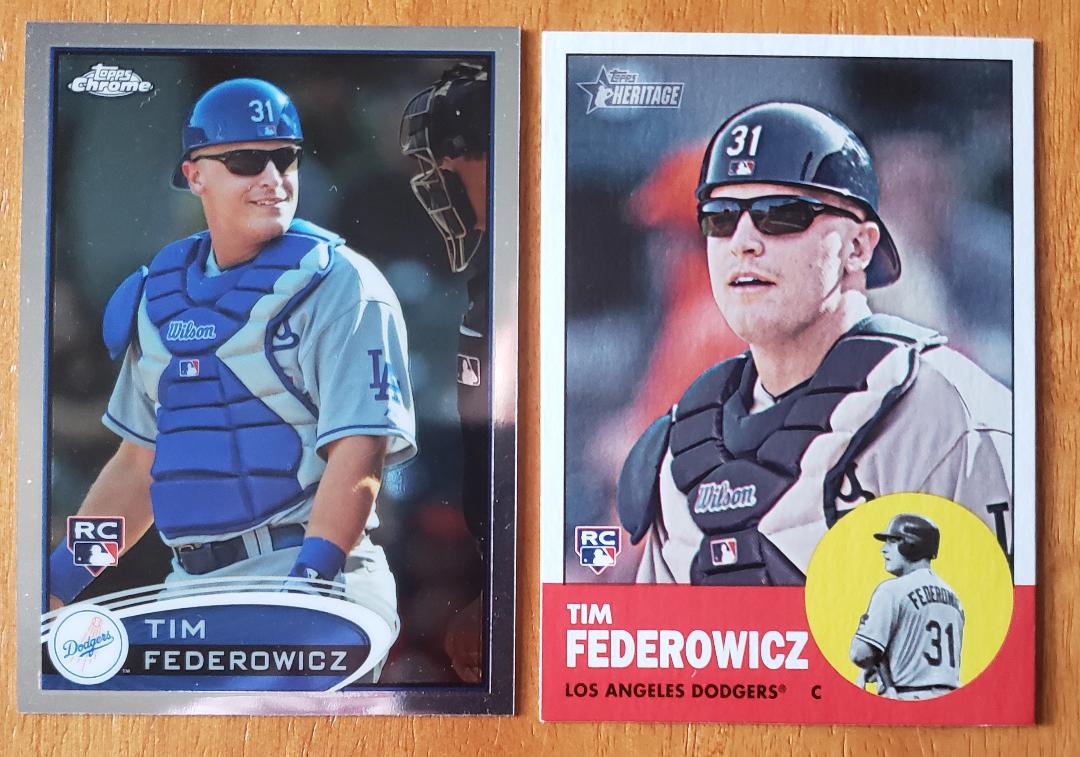 We still don't know what Federowicz's eyes really look like -- or even if he has eyes! 😲 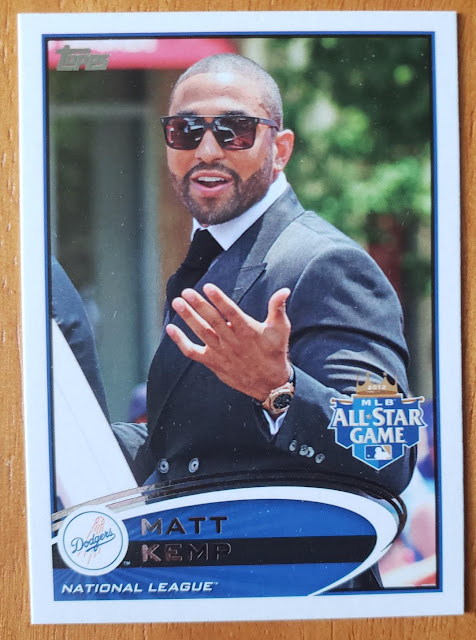 I had assumed that Matt Kemp would be the player to show up in sunglasses on the most cards. But I let a couple of short-prints sway my thinking. 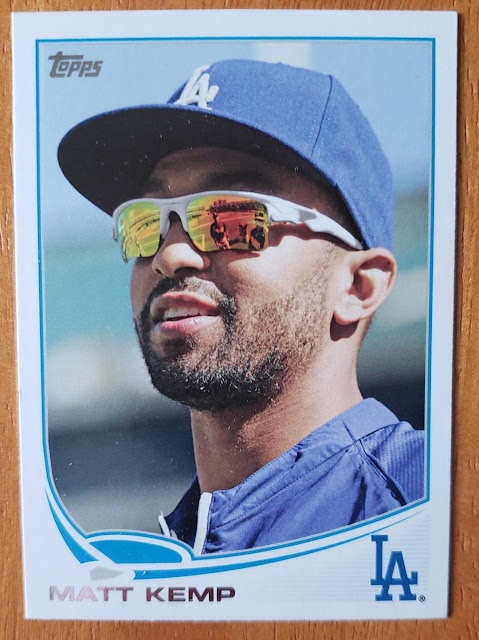 Back then, all it took for a short-print was putting on a pair of shades. 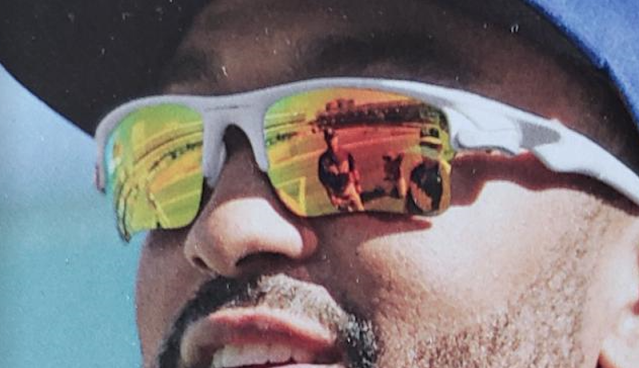 There's a better idea of who was looking at Kemp during the time the picture was taken. 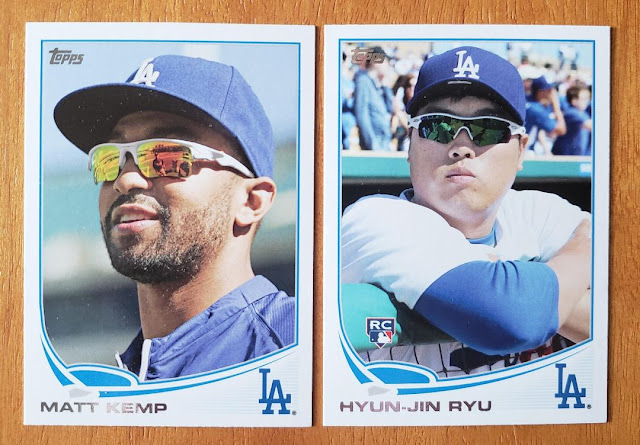 2013 was actually a magical time for sunglasses on Dodger cards as there was another SP with a shade-wearing Ryu. 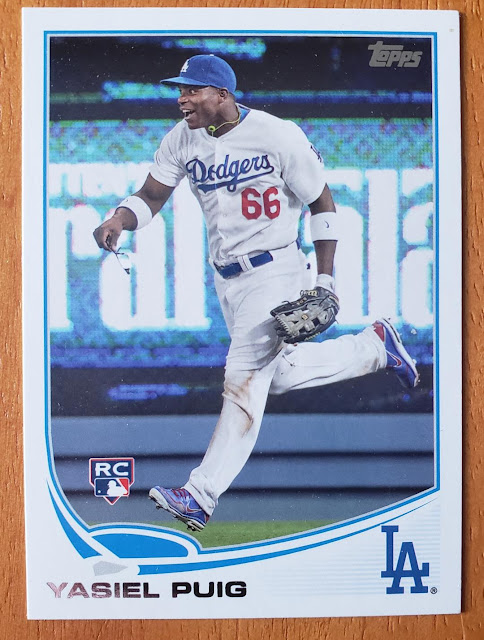 And there's this Update card of Yasiel Puig, who is not wearing shades, but the fact he has them in his hand really makes the photo. 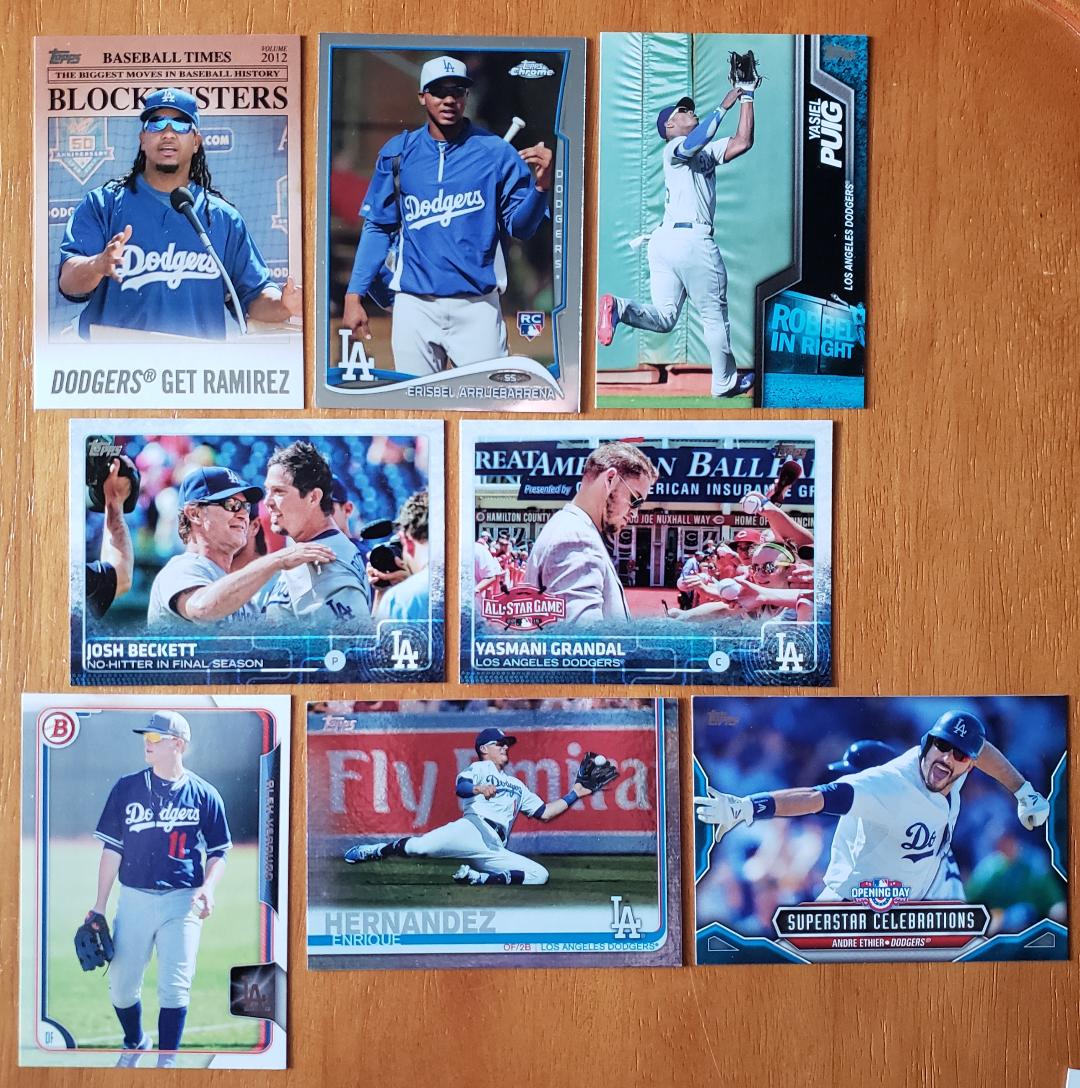 Here are a few other notable examples on Dodger cards for the last 10 years.
I wish I could've gone all the way back through the '70s for this, maybe one day I will. But already I'm not looking forward to putting these cards back.

John Sharp said…
Dude, you went above and beyond with this sunglasses post, and, I love that Gypsy Queen of Bellinger.

Jim from Downingtown said…
I read the various blogs (yours, Fuji's, Cutch's, John Sharp's), and was surprised by a very notable absence.