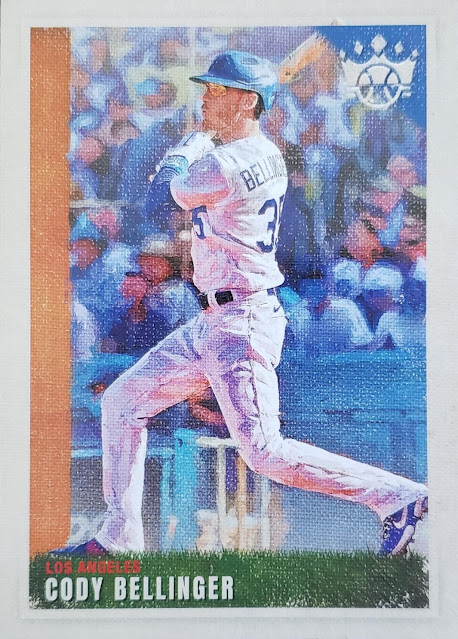 I've ragged on Panini baseball products for at least a decade on this blog. It's getting to be repetitious -- heck, it already is -- so it's good that Panini will be stepping aside from making baseball cards when the Fanatics-Topps deal kicks in next year. You won't have to hear it from me no more. It's for the best.
But how about just one more time, since I received several Panini cards, mostly from the recent Diamond Kings set, from Johnny's Trading Spot.
I've been willing to give Diamond Kings a pass among Panini products in recent years because:
1. It's the set that reminds me most of the one-and-done 2013 Hometown Heroes set that is the only thing Panini has done that I loved.
2. It's got old-timey players in it.
3. I like the card stock.
4. Often, during the pandemic period, it was the only card thing available to buy.
However, not even that is going to cut it anymore. I've seen this year's Diamond Kings and I am alarmed by how much I don't like it. 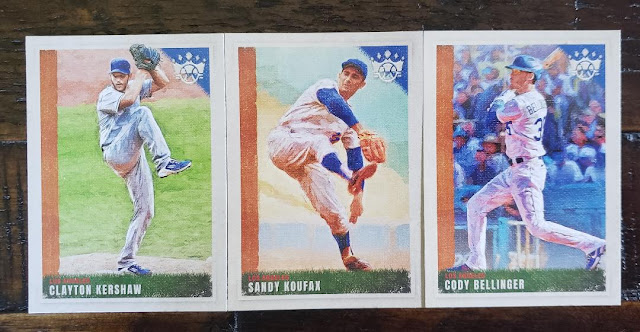 Reason #1
The Miami Hurricanes orange-and-green design irks me. I know Panini intends the green part to be grass (what's the orange, infield dirt?). But I just see an ugly color combo. 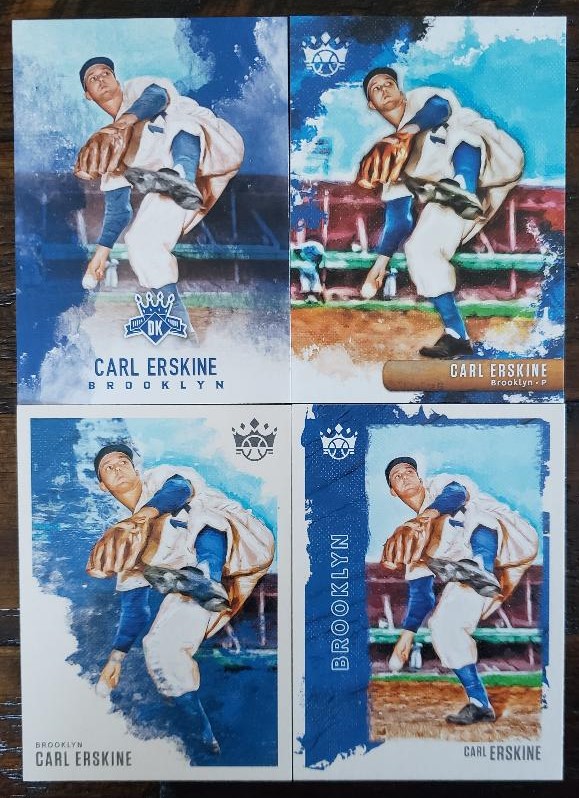 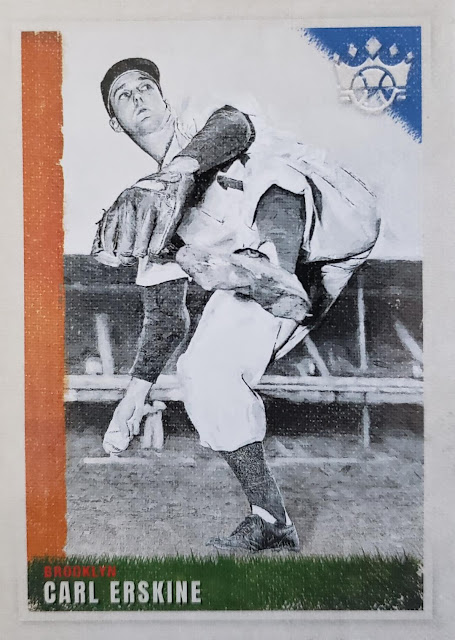 OK, it's black-and-white this time. Otherwise, I don't know what to say. It's not good.

Reason #3
That's my want list for 2022 Diamond Kings (the gold names are coming from the Nachos Grande group break). Please note that there are five SPs in the base set. Panini should be thrown out on its ear (my old math teacher's phrase) just for doing that. 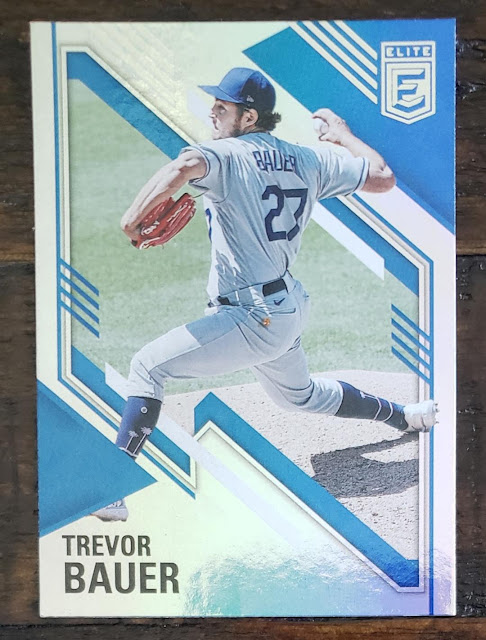 Reason #4
OK, that's not a Diamond King card, nor from 2022. But it did arrive from Johnny with the other Diamond King cards and it served as a reminder that Trevor Bauer is part of one of the insert checklists in 2022 Diamond Kings. I thought I had put aside the nightmare of collecting Dodger cards of Bauer in 2021 and Panini is still pretending he's pitching for them????? 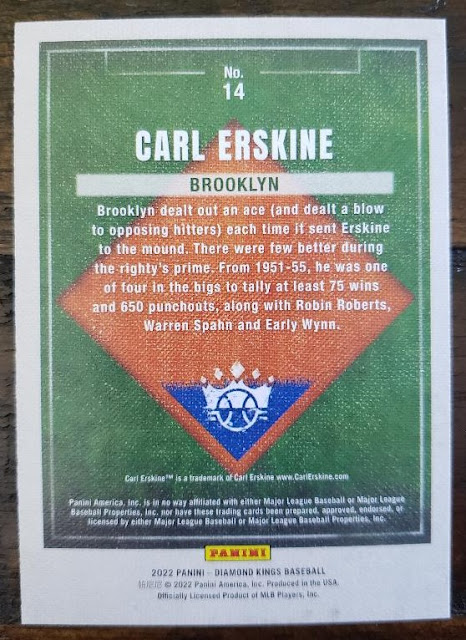 Reason #5
Panini's card backs have always been abysmal, across all baseball products. The worst part of it is I can't even read what little it writes back there.
But I do admit that this year's Diamond Kings card back isn't quite as bad as previous versions. Take a look at 2017: 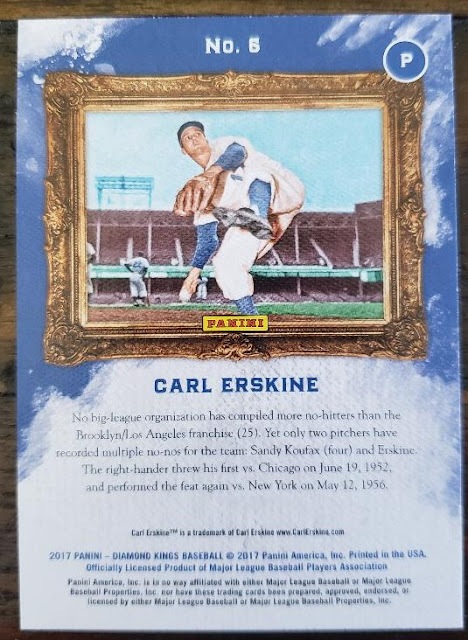 Reason #6
I didn't get to this until Reason #6 but ... NO LOGOS!!!!
Even if this was the only problem with Panini's products it still would be enough for me to ignore it most of the time.
Johnny also sent me some non-Panini cards: 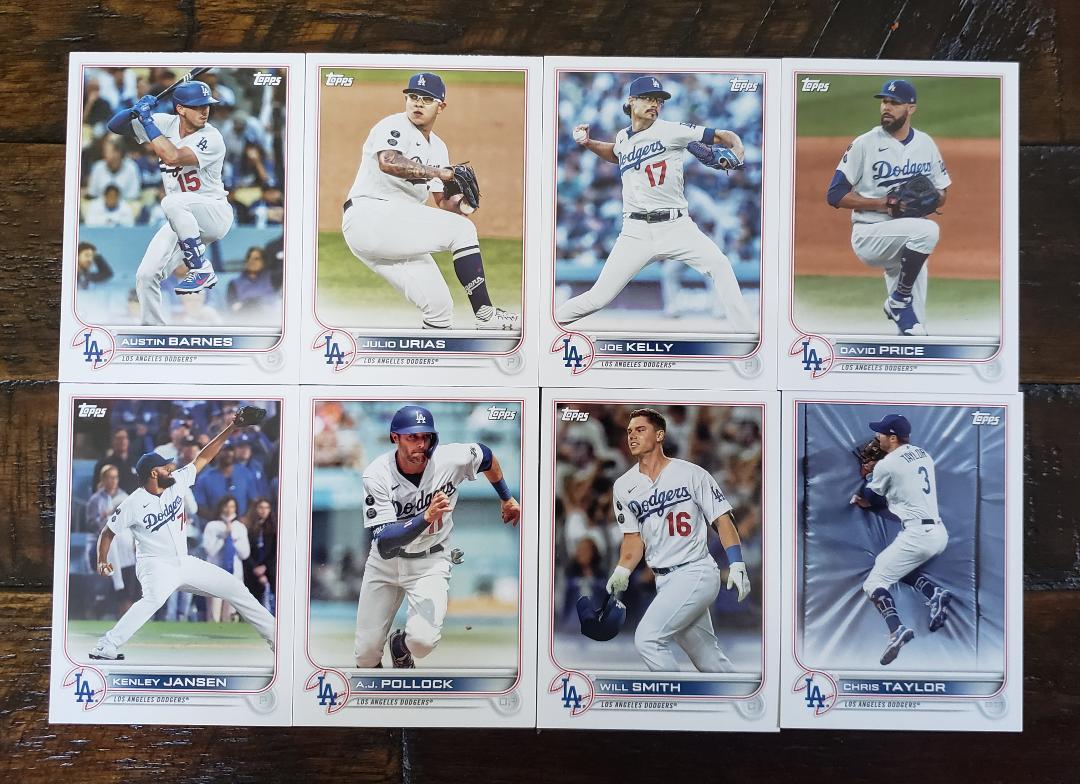 These are all 2022 team set cards with the guys he collects removed, I'm assuming. I am baffled that he's buying a team set for a team I'm pretty sure he rooted against this past weekend, but at least I don't have to buy half the set now.
So, anyway, this might be the last -- or one of the last -- times that you read me pointing out Panini's flaws. Yeah, yeah, some of their inserts are OK, but I don't collect to accumulate inserts.
And it's for the best, for everyone, if I just stop talking about them.

Johnnys Trading Spot said…
Of course I was rooting against LA this weekend. And yes, I collect the guys not sent, lol. Until you have all of the Panini Dodgers, means you'll still be looking at them long after they're gone. Of course you get to mark them off the needs lists. That should be worth smiling.... when they are all marked off. Until then....
June 28, 2022 at 10:12 PM

bryan was here said…
You mean we won't have Overpriced MSA Cards to kick around anymore? Any of their cards are only good for recycling or lining the bottom of the bird cage. I'll miss your rants about them. They were always good for a laugh. They milked that one picture they had of Carl Erskine for all it was worth.

Goodbye and good riddance, Panini. Thanks for dragging the Donruss and Score names through the mud. Don't let the door hit you on the way out.
June 28, 2022 at 10:27 PM

Fuji said…
I'm totally with you on not being a fan of Panini baseball products... although there were two things we don't see eye to eye on:

#1: I like the strip of grass on the bottom, but you're right... I could do without the orange dirt.

Matt said…
Reason #7 (Forgiven because you didn't buy any): They used to at least be an affordable option, at least enough to overlook the unlicensed product. They're too expensive now!
June 29, 2022 at 10:11 AM

Jon said…
I'm sure I'd feel differently if I collected them, but I don't, so I can say that it's kind of funny to me about them reusing that same Erskine photo over and over again. It'd be even funnier if they somehow didn't even realize that they had used so many times.
June 30, 2022 at 9:50 PM