These are not keepers 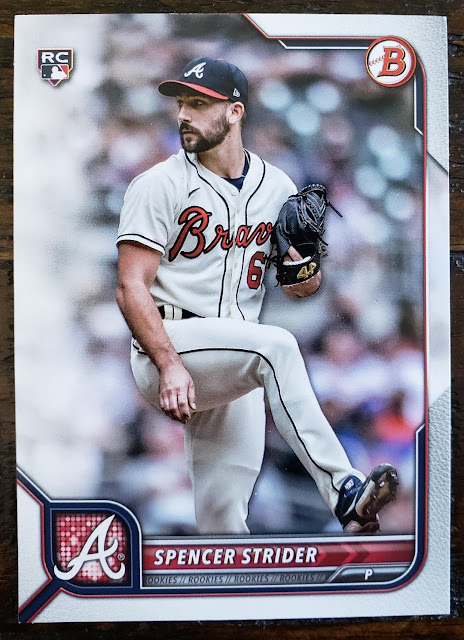 (5,000-card giveaway update: I have mailed out the first 7 giveaways of 250 cards each. The 8th is waiting for a post office trip, the 9th is waiting to be packaged and the 10th is being selected. I should be halfway through sending by next week!)
I bought a pack of 2022 Bowman yesterday.
I'll explain.
Yes, I don't like Bowman. Yes, I haven't bought a pack of it in at least four years. I find the cards as disposable as cards can get, good for maybe hitting a hot card that I can sell, but that's not ever why I buy packs.
So, why'd I buy it?
Uh, I was at the Target card aisle and the stockers had reloaded. But the only baseball was a lot of Series 1 and -- what's this? -- Bowman fat packs? I'm a bit discombobulated this week after losing our dog -- it's so quiet in the house -- so maybe I'll blame that for picking up one Bowman pack. I also grabbed a Series 1 fat pack if it makes you feel better about me.
I knew even before opening it that none of the cards would be keepers if I didn't pull any Dodgers. And I didn't. Get ready to see some cards that will be leaving my home. 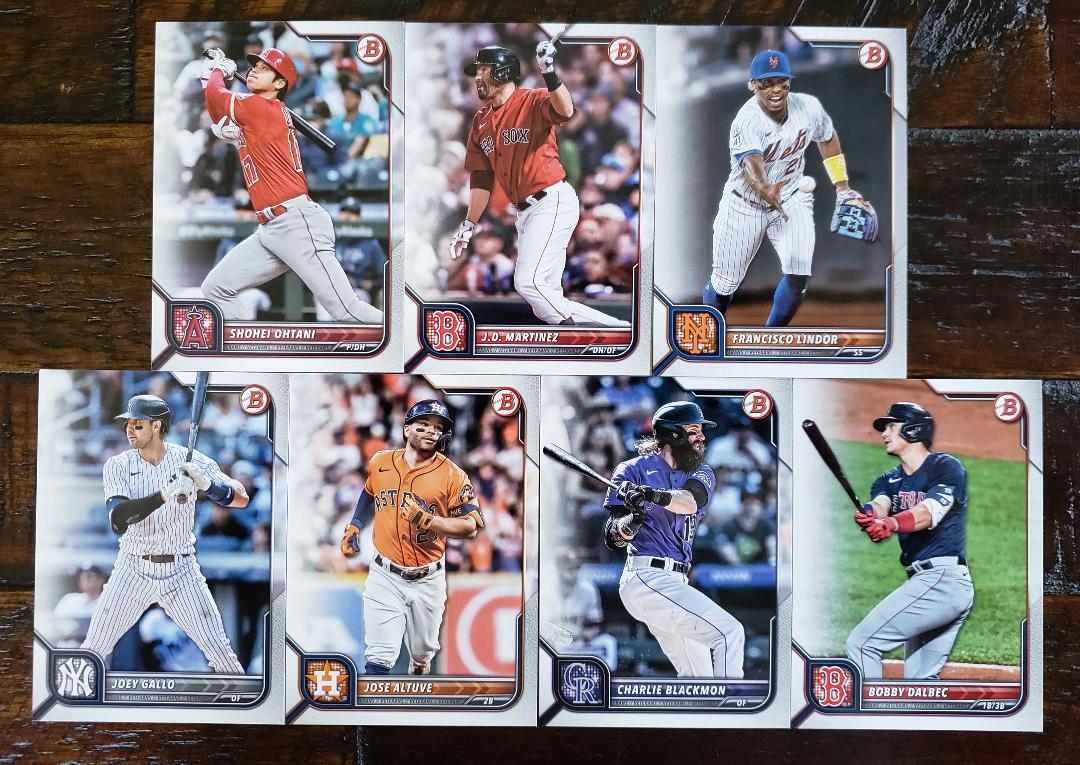 Here is the main-set portion of the pack. Spencer Strider, whoever he is, led off the pack along with these more well-known guys. The design is as indefinable as ever. No chance I don't confuse this with any of Bowman's other sets from the last seven years. 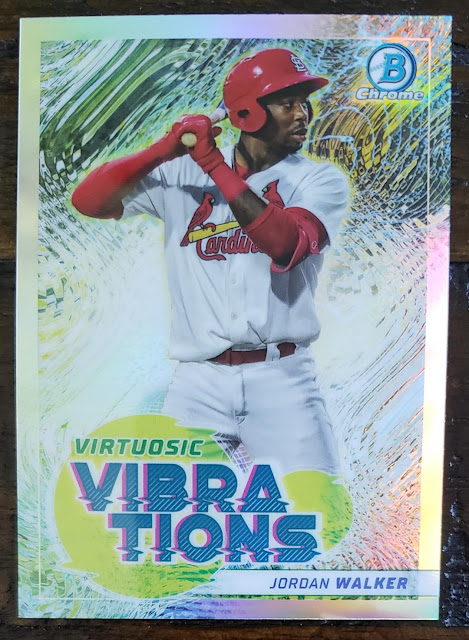 Shiny insert with the ridiculous title. This is headed to Cards On Cards. Only right, he just sent me some cards! 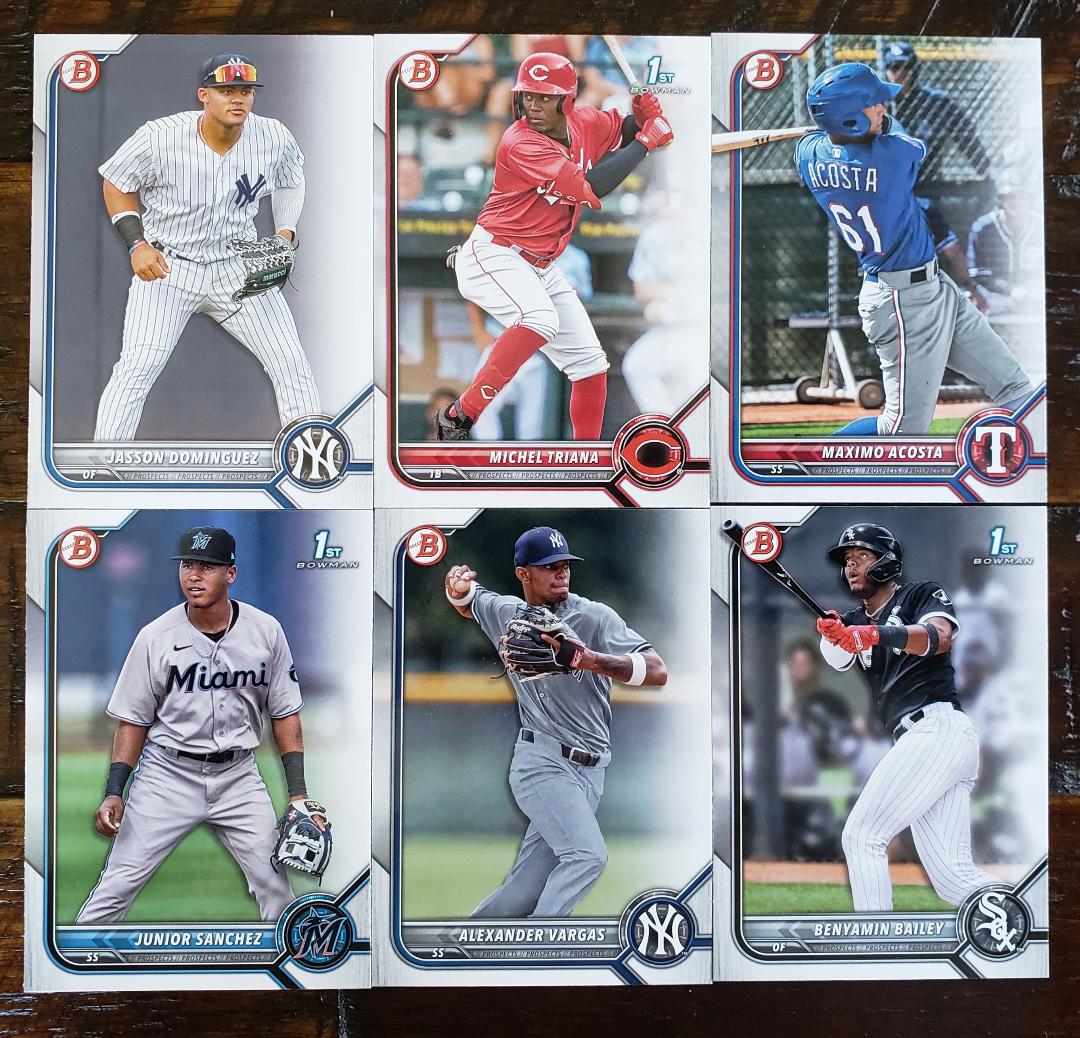 Here is the prospect portion of the pack. This is my first Jasson Dominguez card, about three years after it was cool to have one. I don't know, maybe it's still cool. I don't collect Yankees or prospects or Bowman. 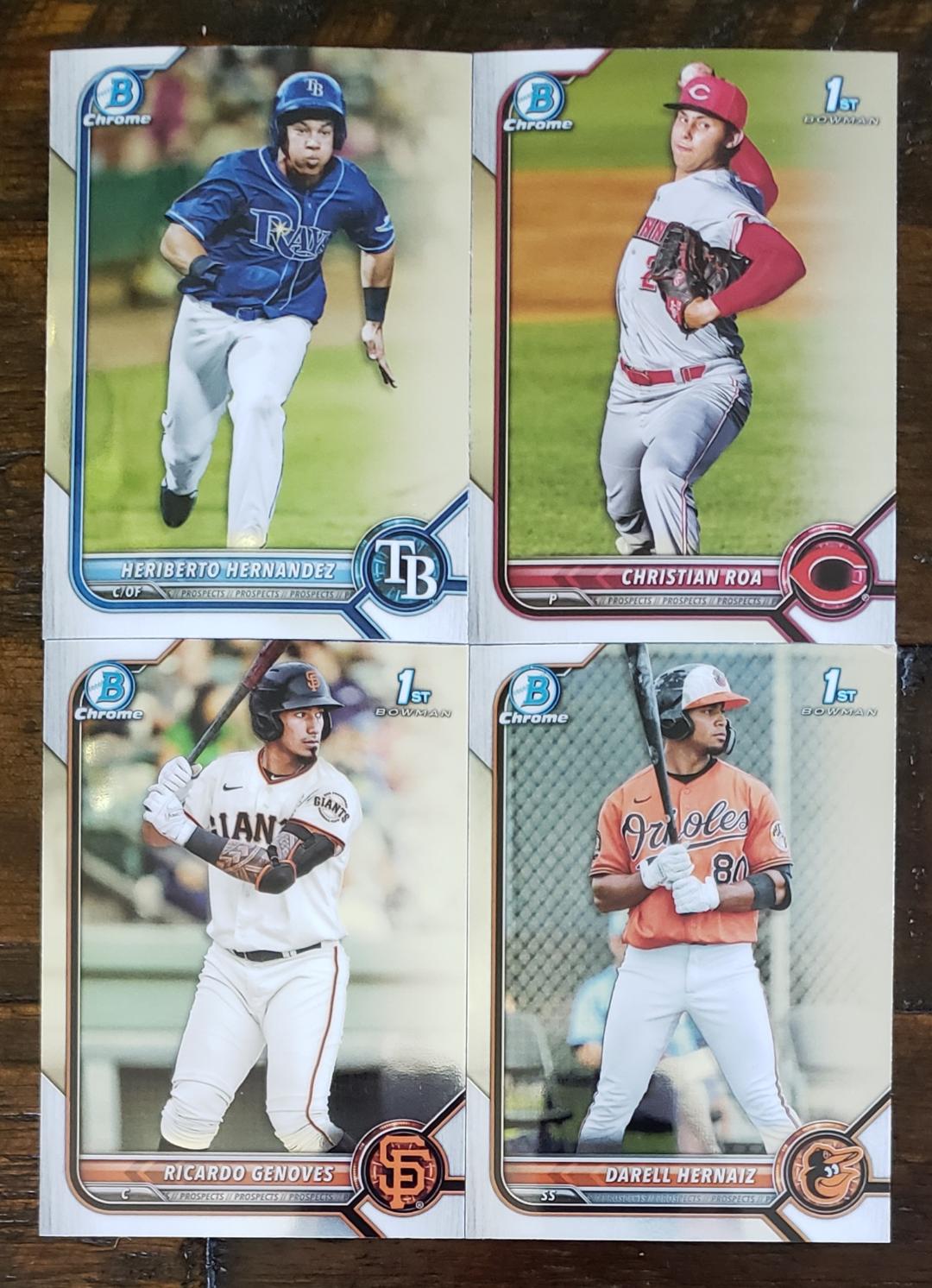 And this is the chrome prospect portion of the pack, not to be confused with the Bowman Chrome set that will come out later, but I will confuse it because I've always confused it. (The little logo backgrounds are shiny tho).
That was the pack that I bought, that I will not keep.
And since I mentioned Cards On Cards, here are the cards that he sent me: 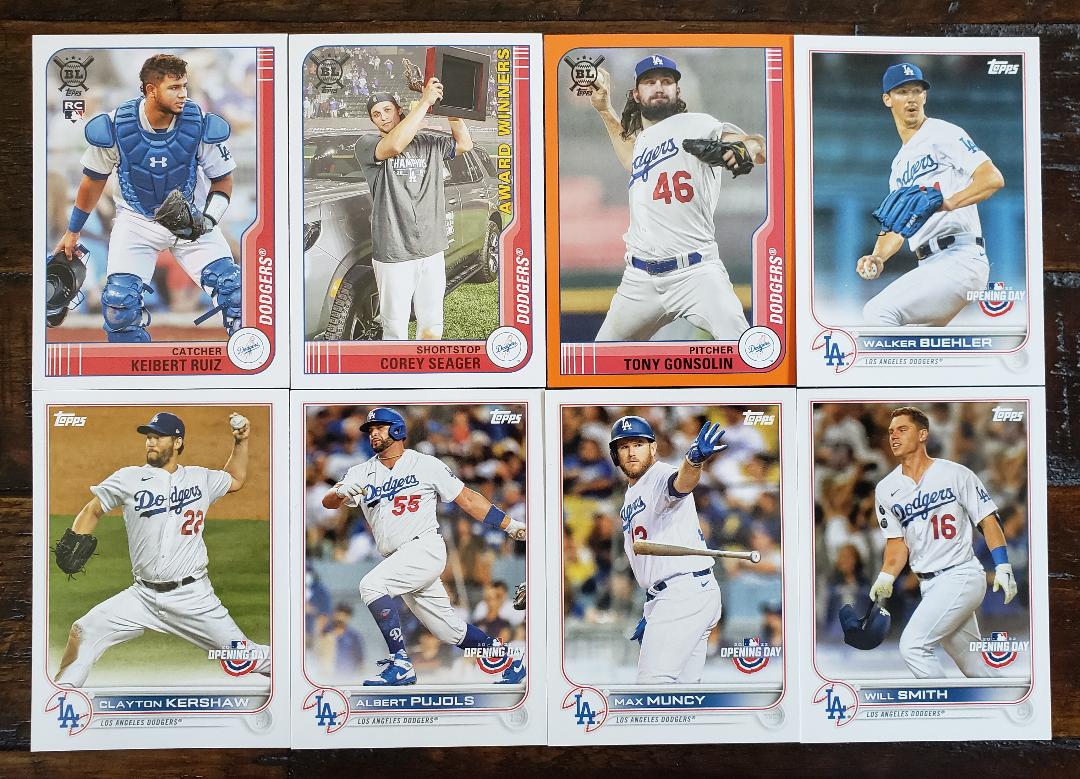 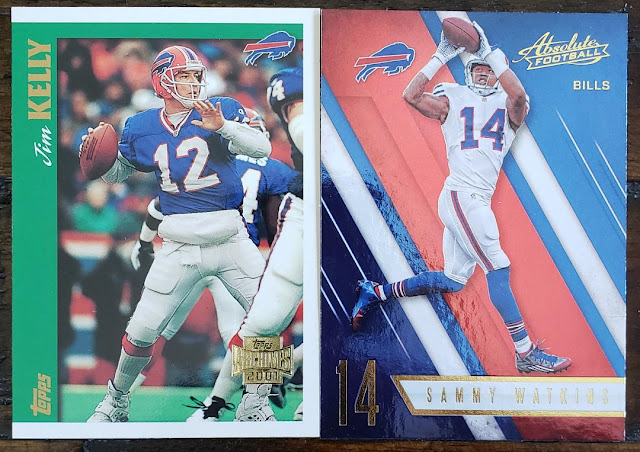 And a couple Bills, in celebration of the NFL schedules coming out.
Those are all cards that I will keep.

bbcardz said…
Nice cards from Kerry. I watched the Bills 2021 Wild Card game back in January and was so impressed by Josh Allen driving the Bills to seven TDs on seven consecutive drives. I'm so looking forward the upcoming NFL season opener when the Super Champion Rams host the Bill at Sofi Stadium on September 8. Most likely I'll be working there.
May 13, 2022 at 7:53 PM

Jeff said…
Where are all these Targets with cards?? Every one of them around has a few Pokemon packs, and whole bunch of empty.

Fuji said…
Whoa. I actually remember Genoves from his time in San Jose. He had some pretty good numbers. That being said... SJ is the Giants single A team.
May 14, 2022 at 12:26 AM

Nick said…
I also bought a pack of Bowman recently because of the shock of a Target actually having cards. Like you, I pulled very few keepers.
May 14, 2022 at 2:14 AM

Nick Vossbrink said…
Still have yet to see cards in my closest Target. Though Id never buy a pack of Bowman. I do enjoy the paper prospects for autograph reasons at MiLB games. But I can usually buy the specific ones I want for pennies.
May 14, 2022 at 3:08 PM

Jafronius said…
I wouldn't buy cards if chances are I had no interest in them. But then again, fully stocked aisles can make someone do crazy things.
May 14, 2022 at 9:50 PM