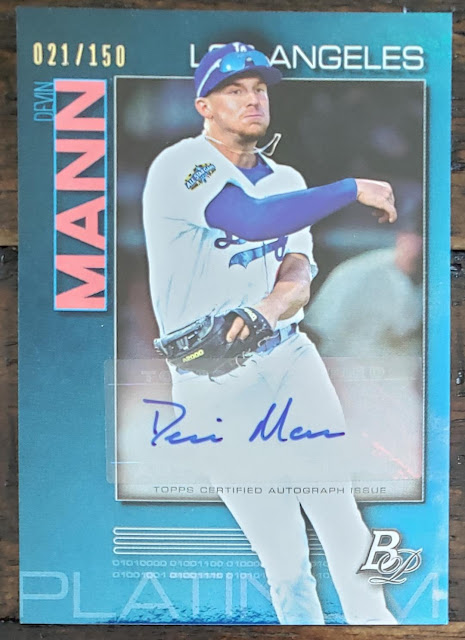 I'm sure this happens to everyone, but when I'm shopping for other people, most of the time I'm also shopping for myself.
During the Christmas season, especially if I'm in a store that sells cards, I'll swing by the card aisle if there is any cash left after shopping for the significants.
And when I'm looking for cards online for someone, I find myself throwing a few things for myself in the cart, too.
Sometimes when you're shopping for someone else, you end up with a card just because! I think that's what happened with the Devin Mann Bowman Platinum autograph card up top. It arrived from The Diamond King.
I had snagged a couple of cards from his most recent Flash Freebie (it pays to look at people's vacation photos, you guys) to distribute in my 5,000-post giveaway and -- what's this? -- it's my second Devin Mann autograph card!
(Devin Mann is in his second year of Double A in Tulsa, but I'll ignore that now). 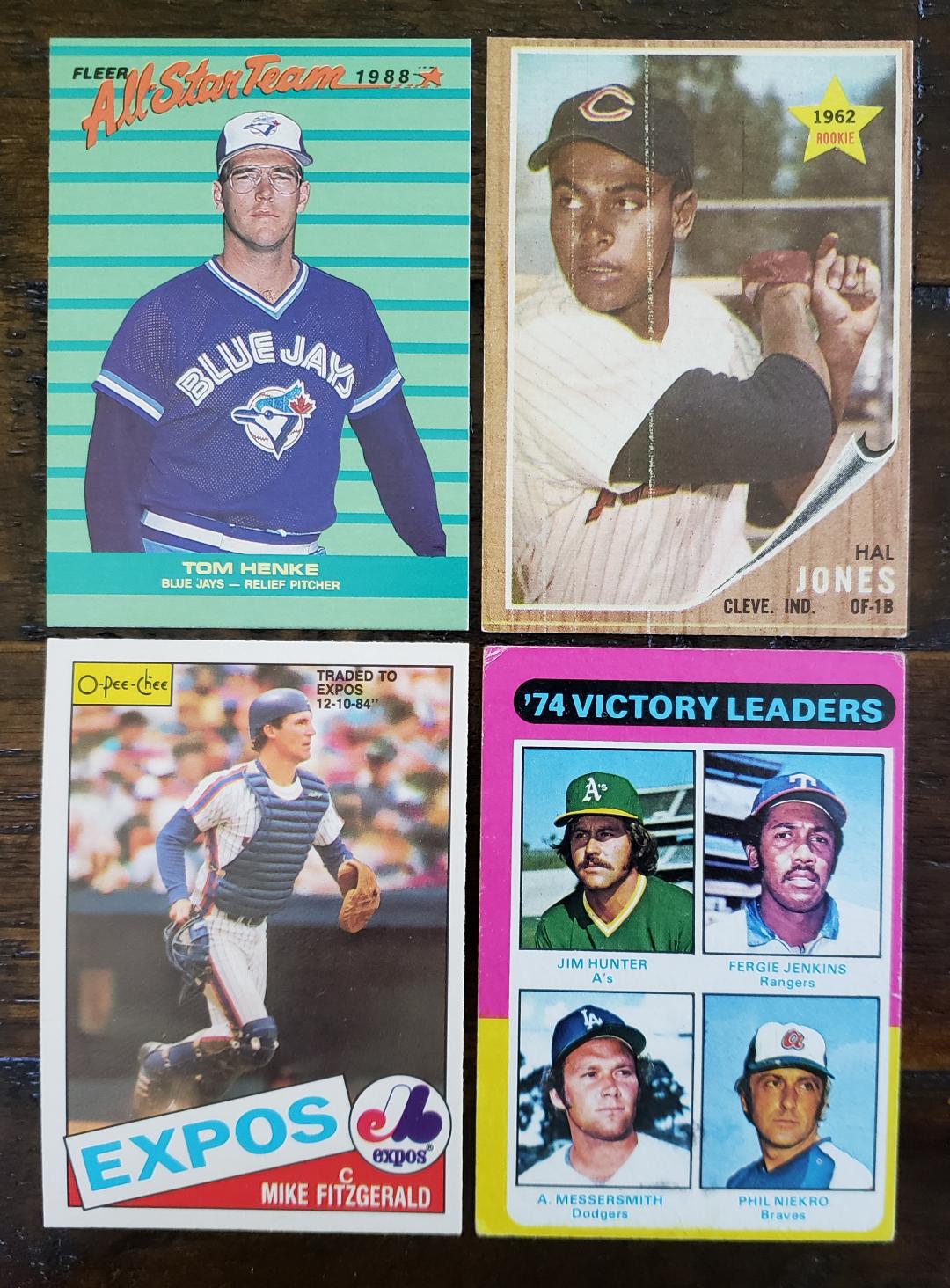 These were all Time Travel claims from Diamond Jesters. But all that I selected are not here. One was claimed for someone else. Four-for-me, one-for-you doesn't exactly seem magnanimous, but when cards are involved I have little self-control. 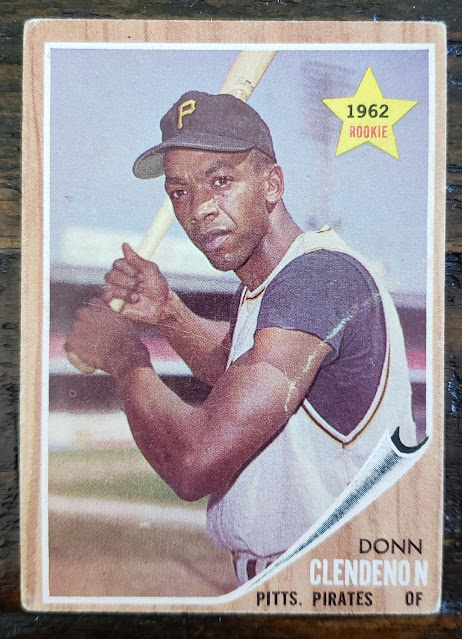 Three of the cards from Diamond Jesters probably look like something I'd collect -- Fleer '80s box set card, O-Pee-Chee card, '75 Topps card -- but the '62???
Yeah, I know, ask night owl about 10 years ago if he had any interest in early '60s cards and you'd get a dismissive look. Of course not. But things change and lately I've been out to prove to myself that vintage cards do exist for reasonable prices. While wandering the online shopping sites, I grabbed this '62 Donn Clendenon, with the perfect kind of wear for me. 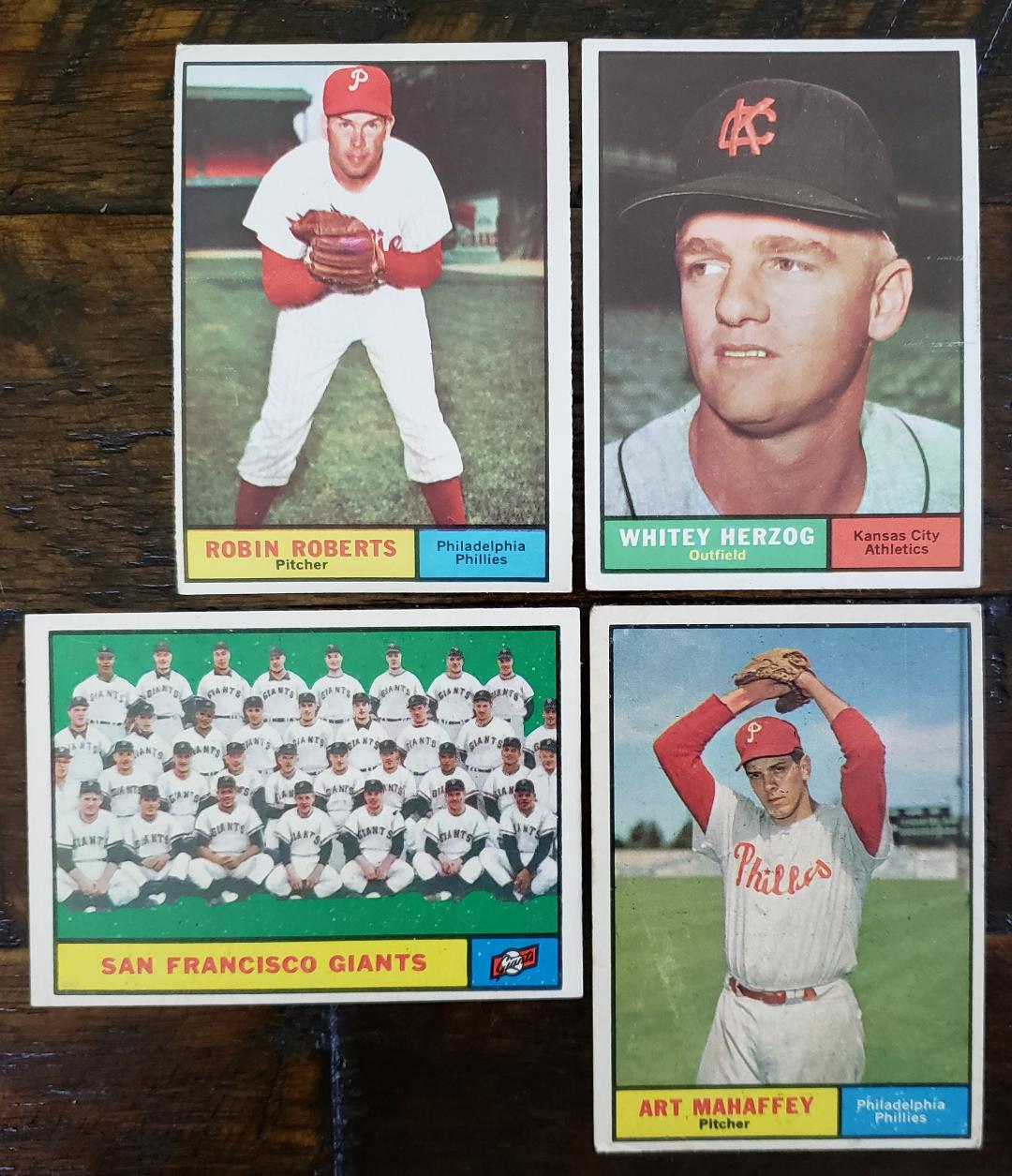 Um ... I may be dabbling in '61s, too.
How do I explain this to my past self ... you know, the one who considered '61 Topps one of the dullest sets ever made?
Well, I just kind of like them now, that's all. It's not like I'm going to go for the entire set or anything, but adding a few here and there, grabbing one for the giveaway here and there, is fun. 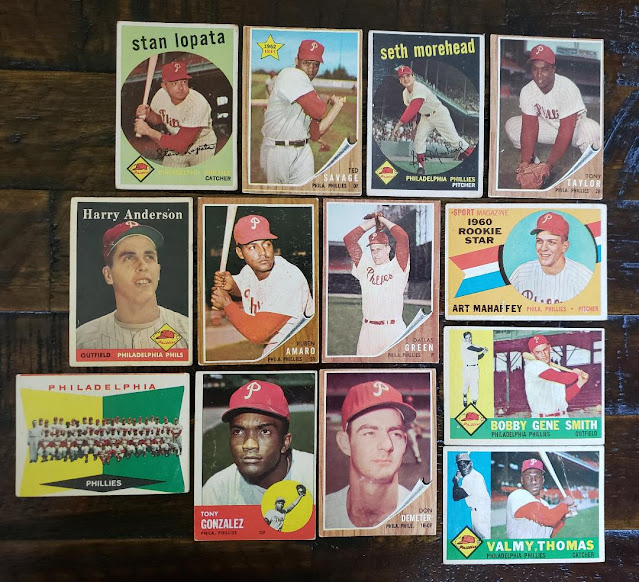 I have not become a Phillies fan.
I stumbled across these looking for cheap vintage and they looked so pretty. I have always liked Phillies colors. So come to my house, boys.
I do feel a bit guilty about throwing money at these when vintage sets I'm really trying to collect, like 1970 Topps, just sit around waiting for me to pay attention to them.
But giving cards human emotions will get you in trouble. So I'll ignore that and look at the pretty colors! 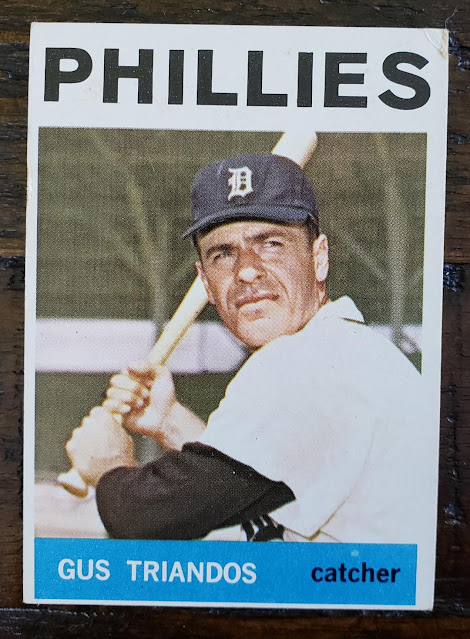 Thanks to this lot I discovered a '64 card that could pass for O-Pee-Chee easily. I mean it's not shy about it at all. PHILLIES!!!! He's with the PHILLLLLLIES!!!!!!!! 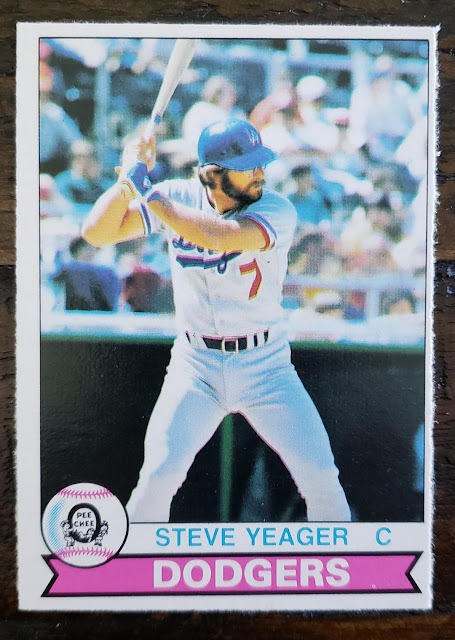 Let's get to some real O-Pee-Chee, frayed edges and all.
This '79 Steve Yeager brings me within a Charlie Hough card of completing the Dodgers for that OPC set. 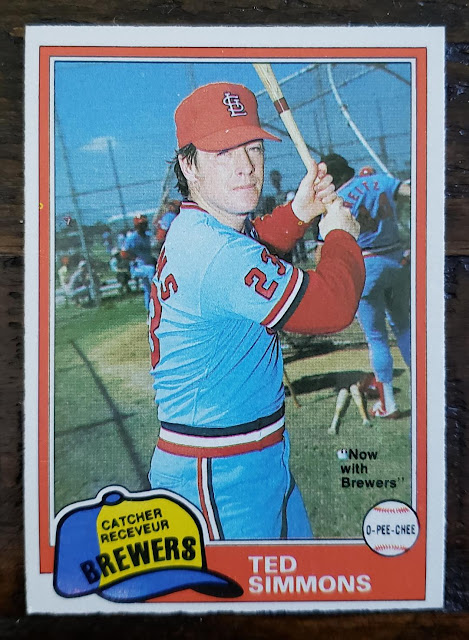 Here's an OPC card I've wanted for months. I wanted it so much that I pasted an image of it onto my laptop desktop as a reminder so I wouldn't forget all about it. I started at it for weeks upon weeks before finding a copy.
This card was terrific in the Topps yellow-border version, but the red is so perfect and odd at the same time. 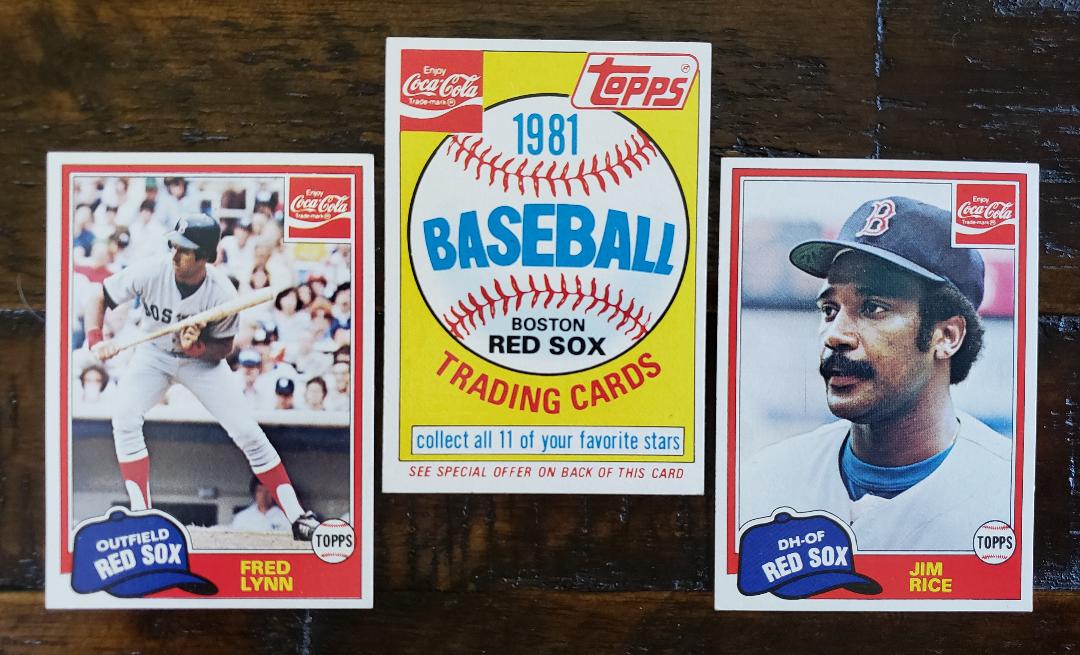 Staying with 1981 and oddballs -- more Coke cards!!!
The Jim Rice card may look like the other '81 Rice Coke card in my collection but it's not. This has a card No. of 2 while the one sitting in my binder wears No. 9 on the back. That's because these are from three-card pack promo versions that I believe were handed out at the ballpark? Several teams did this.
It's only through my love of Coke cards that these came to me. Card collector and Red Sox fan Rick (@RickCanale on Twitter) offered these up and I jumped on them, mostly because Fred Lynn isn't in the 11-card Red Sox Coke set. (The other card in the 3-card Red Sox packs is Carlton Fisk and insanely difficult to find as it was pulled after he moved on to the White Sox. I think that's the story anyway). 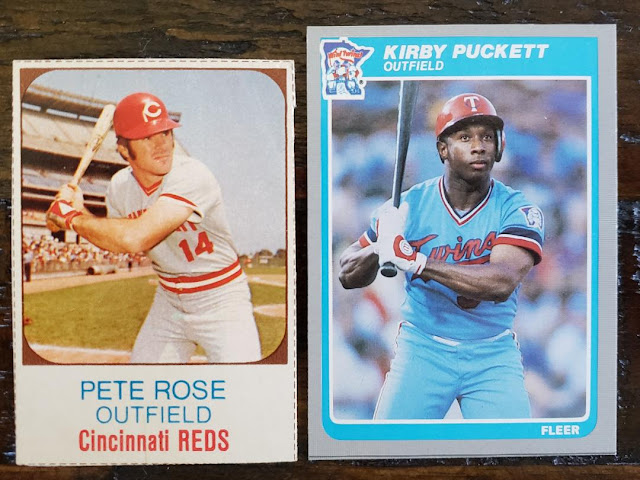 Brett Alan said…
There's ANOTHER 1981 Coke set? All these years I've had the complete 11-card sets, but that's not everything? I...don't know how to feel about that.

Old Cards said…
Early 60s cards? Hey! You're collecting my cards now! Actually, they look great displayed on your blog. I know what you mean about the Triandos. These kind of cards drive me nuts. Check out the 63 Topps Stan Williams in his Dodgers cap, but he is on the YANKEES!!
May 29, 2022 at 11:24 PM

Nick said…
I'm like you - I always end up buying a few things for myself when I'm shopping for others. Not that I don't enjoy shopping for other people, but it seems odd to not at least get myself a couple cards!