The worst years to begin collecting 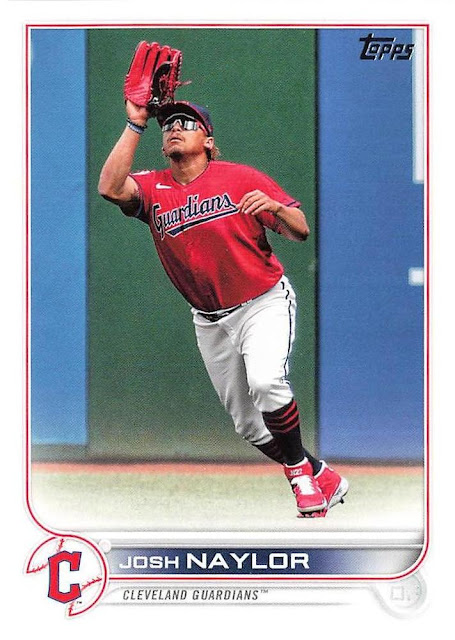 I've collected for a long time. It's kind of difficult to imagine someone picking up collecting for the first time in 2022. This very year.
But I'm sure there are some newbies out there. I'd like to think they're the new kind of collector who goes to the store looking for packs to rip. But probably not. Probably a bunch of newcomers looking for a '54 Aaron to grade.
I'm not sure whether 2022 is an ideal year to start in the baseball card hobby, and this is the thought I had that led to this post. I once wrote a post titled "the best years to begin collecting" six years ago (2016 is 6 years ago? 😳). This will be the opposite of that.
This one will be more controversial, I'm sure. That's because collecting cards is super-subjective. What's good and bad, great and lousy almost always depends on the individual collector's frame of reference. Whatever year that collector started in the hobby was the greatest year ever, and that set/those sets were the greatest ever. How dare you impugn the year of my decision to collect cards!
I get it. I want any person who considers 1975 Topps "ugly" or "inferior" to "GET OUT OF MY HOUSE! ... NOW!!!!!!" Clearly they are wrong.
And I may be wrong here, too. But I'm not.
I tried to throw some objectivity in, but it was difficult. These are cards. I have strong opinions about them. So without writing more and rambling on, here are five of the worst years to start collecting: 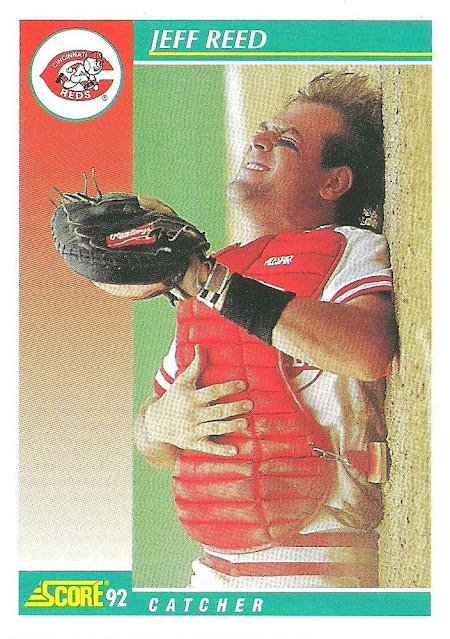 5. 1992
One of the best things about collecting in the '90s is there were so many sets each year, you could always find something that you liked enough to collect. 1992 is no exception to that, I do like some '92 sets. I like the Pinnacle debut. Topps is decent (but scrapping its longtime cardboard tradition is not). Upper Deck is a step up from '91. Triple Play is kinda fun. Stadium Club was cool.
The rest you can bury underneath the dumpster. I've never come across a year with more sets that I dislike so intensely. The '92 Donruss and Score sets are two of my least favorite of all-time. I can't believe I bought packs of it. Fleer is weird. Ultra is mind-numbing.
If I started collecting in 1992, I'd be resigned to the fact that 70% of the sets were going to suck each year. 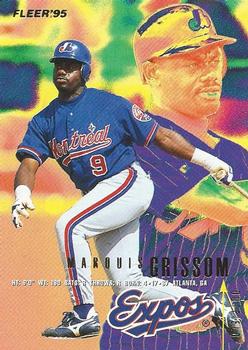 4. 1995
I'm being mean to the '90s, but this is the last example from this decade.
Were there actually people who decided in 1995 that they were going to start collecting cards after Major League Baseball just finished canceling the World Series? 1995 was known more for collectors leaving the hobby, and fans leaving the sport, in droves.
Card companies seemed to realize this by either cutting back on their sets or issuing very strange cards in an apparent attempt to win back collectors. Then there were the folks at Fleer who were so despondent about sales tanking that they took some drugs but still came to work and produced that thing above.
I think only Upper Deck and Stadium Club made something interesting enough to collect. I used to like '95 Topps a lot more than I do now, but I'm getting annoyed by the gold foil in that set. I also like SP from this year but no new kid collecting could afford a pack of that. 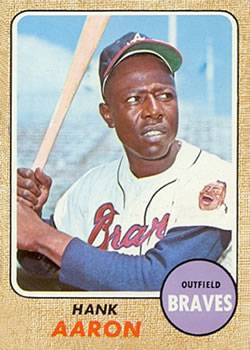 3. 1968
Yeah, yeah, I know, you started collecting in '68, you road your bike to the corner store and bought cards and candy and it was glorious. All I see is burlap.
But that's not the main reason why '68 is listed here. I'm thinking of the kid who started collecting in 1968, plowing through all those cards with the yellowed wallpaper on the front, thinking, well next year's going to be better!
And then this: 1969 had to feel like being trapped in a time warp with so many images being the same between '69 and '68. I don't know if I would want to collect a third year if my first two years were '68 and '69. Some kids probably thought that name/team circle would appear in 1970 and in every set for the rest of time. 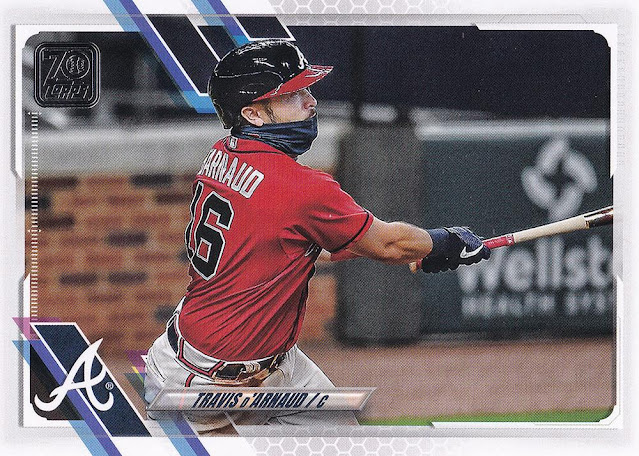 2. 2021
My understanding is a lot of people joined the hobby in 2021. Some of them even probably think it was a great time to do so.
I can't think of a worse year to do so (well, I can think of one, this is only No. 2).
Cards weren't even available! They weren't at the stores, who were too afraid to stock them. They were out of stock at the online sites. And the prices went up. Way up. Also, good god, that 2021 Topps flagship design.
(I find that all of the empty seats in the background of the photos, and the close cropping to avoid showing the empty seats, makes the set pretty depressing).
Kids like this I'm sure don't exist anymore, but can you imagine one of them deciding in 2021 that they wanted to start buying packs of cards in 2021 and discovering the mess that was the hobby/is the hobby right now? "Sorry son, you can't buy your first pack of cards, that big man over there just dumped the entire shelf into his cart." 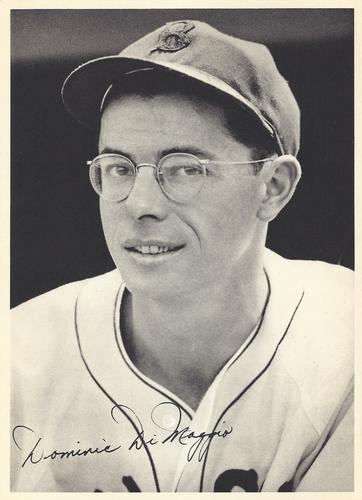 1. 1942
The worst year to begin collecting I think was 1942.
There is just one set listed under 1942 in Trading Card Database. It's not even a card set. It's the Red Sox picture pack from that year, just a bunch of glossy photos.
With World War II, there were few opportunities for collecting cards. If you wanted to collect in 1942, forget it. And that was just the start. There were only a few minor league issues and postcard sets in 1943, 1944 and 1945. 1946 didn't offer a lot either and the card business only began to rebound in 1947.
The kids who collected in the late '30s all the way up to 1941 were teenagers by the time cards started up again and probably had lost interest by then thanks to the huge gap in time between sets. It was a terrible time for collecting and for a lot of things.
So, there you go, those are the worst years, although I'm sure if you go back even farther you can find much worse years. I mean there were all those years when kids had to smoke tobacco if they wanted cards.
But those old, moldy years aside, if you decided to collect during any of the above years, man, you messed up.
I'm kidding.
But really, you should've picked 1983 or 1965.

Brett Alan said…
1992 actually sounds like an interesting time to be collecting, just because there were so many choices, even if some of them were questionable in terms of design or whatever. Other than that, I mostly agree with your choices. And I guess we should all be grateful our childhoods weren't in the middle of World War II, assuming they weren't. (My parents were actually born in 1940 and 1941, so they had some of their childhoods during the war although it was over by the time my Dad likely would have first been interested in cards.)
May 12, 2022 at 7:43 PM

Massive over-production, mediocre at best designs (1988 Score is slightly above average) and no must have rookie card at time of issue unlike just about every other year in the 1980’s.
May 12, 2022 at 8:52 PM

Johnnys Trading Spot said…
1992 marks my return to collecting baseball cards. I obviously started collecting long before (late 70's) that but I faded away through the 80's. Back in 92', I wanted everything. Well, except for 92' Bowman, for some reason after busting a few jumbo packs, I didn't like it (back then). Passed on a case at cost. Tis tis.
May 12, 2022 at 8:58 PM

Fuji said…
I feel fortunate that I started collecting baseball cards in 1981. I remember having the opportunity to open packs of both Topps and Donruss. Didn't open packs of 1981 Fleer until years later, but it was the very first set I owned.
May 13, 2022 at 2:47 AM

Jon said…
I personally think that the last few years would be the worst time to be a new collector, but that's probably just because I find all of the cards to be so darn ugly, and have great difficulty telling them apart from each other. On the flip side though, I started collecting in the late 80's, and would never claim that that was the best time to start collecting either. Lots of ugly sets back then too. And of course in hindsight, knowing what we now know of the production numbers, none of us should have been paying as much as we were for those packs and boxes at the time.
May 13, 2022 at 8:30 AM

Billy Kingsley said…
Any year where there was one set or less.

2021 is a bad time. Cards are mostly unavailable, the cards that are available aren't great, and they are all overpriced.

In 2022 they are available at least but still not great and still overpriced.

On the other hand, if you are starting out now, at least you have something to look forward to as it has to get better from here. And of course they wouldn't be jaded like we long time collectors are.

Matt said…
I think I have to disagree with 1992. I agree with what you said, there were some questionable sets, but anytime in that period (Junk wax, overproduction - whatever you want to call it!) was a great time to collect because because it had everything a collector could want. Every town had a card shop, and card shows were plentiful and frequent. If you were a kid collecting cards then, chances were you had multiple friends who also collected and that you traded with regularly. It goes beyond the cards themselves, the state of the hobby at the time has to factor in as well.
May 13, 2022 at 10:42 AM

night owl said…
There was no card shop in my town in '92. This year left a bad taste in my mouth and actually opened the door for me abandoning collecting a couple years later. That alone is enough to put the year on this list.
May 13, 2022 at 10:59 AM

GCA said…
I started around '79 and '80, which is why 1980 marks the border between vintage and new for me. Almost the ideal time since the '70s were ending and the new companies joined for the 80s the next year.

Kevin said…
1995 Fleer just says to me the Fleer company starting using photoshop to make cards and tried using every ridiculous tool in the program to make cards. It also looks very 1995 and makes me think of ESPN2.
May 13, 2022 at 5:11 PM

Nick Vossbrink said…
Very much disagree with the 1988 shouts. Cards were everywhere and were cheap and here's a eason a generation of kids got hooked then.

I don't like 1992 being mentioned but I tend to agree. Less because of the designs but because 1992 was the year that everything stared to get seriously expensive. Things had been creeping up for a couple of years but 1992 is both when things really ramped up and is the last year you could conceivably buy a pack of everything.
May 14, 2022 at 3:05 PM