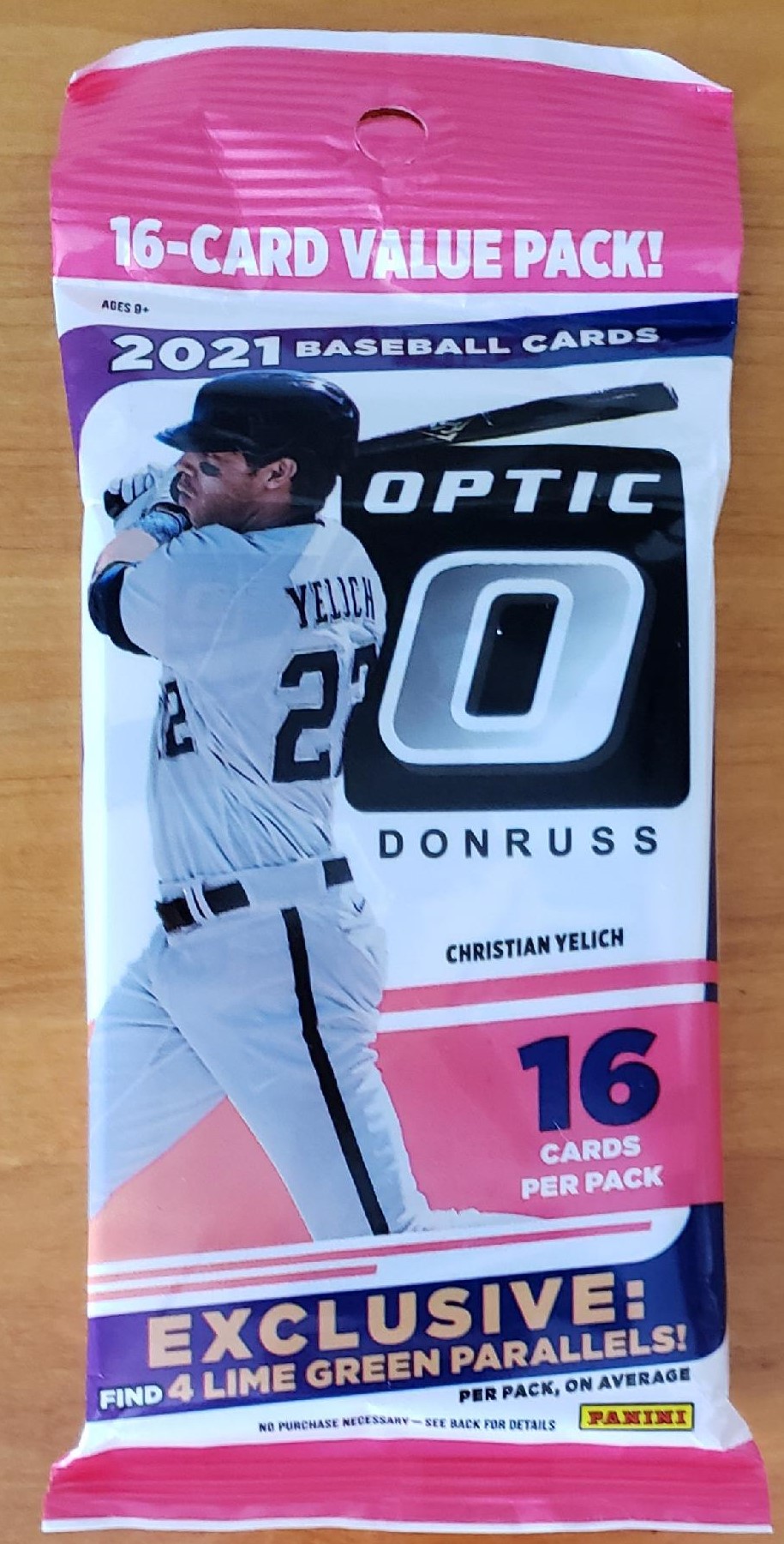 I took the blogging day off yesterday to get some card room organizing done.
I finally found a second giant box to store my Dodger dupes instead of the dozen smaller boxes that have been stacked on top of each other and confusing me about what exactly was in each one. Now I have one giant Dodger dupes box that goes from the 1970s to 1999 and a second that runs from 2000 to now. Very convenient how that fell, broken down by century.
I also bought a couple of binders to begin replacing the many dilapidated binders in my Dodgers collection. There's only so much you can do with duck tape.
And I rooted around a little for the latest installment of Dodgers giveaway packages. Next group of four heads out this week. More to come.
Also yesterday three card packages arrived for me -- none that I ordered. This is a rarity as we're long past the days of bloggers everywhere shipping cards hither and yon. The box from Johnny's Trading Spot rivaled some of those packages I received back in 2010.
But no time to address that one (it will take me several days to figure out exactly what is in there and what I need). Instead I'll get to a small envelope of cards sent to me by Richard.
I mentioned him before. He's a septuagenarian who collects cards old and new. Find me another one of those. I'm sure they exist, but the stereotype is that card collectors age 50 and older like stuff made only before 1980 and they think cards made more recently stink.
Richard doesn't think that. In fact he told me in an email that he just pulled a Juan Soto autographed card numbered to 10 from 2021 Update. That's pretty freakin' cool that someone of that age knows how fantastic that is. That is shattering stereotypes.
I'm a big believer in sampling a little of everything when it comes to cards (same applies to music -- it makes me sad when I see people stuck in classic rock, thinking nothing good has been made in music the last 30 years). I love vintage cards -- more than anything else -- and I especially love cards from the '70s -- more than anything else. That's where my collecting heart lies and always will. But there's fun in newer stuff, too. 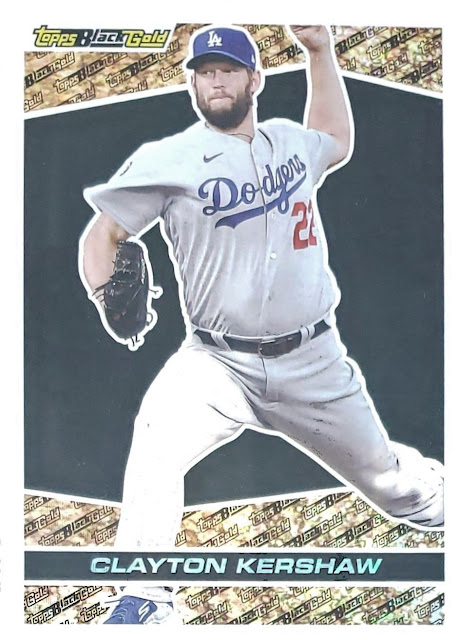 My guess is that this Kershaw Black Gold insert came from the same packs that yielded the Soto autograph for Rich. This is the 892nd card of Kershaw in my collection. I'm pretty sure that No. 900 is in my possession, I just haven't gotten to everything on the card desk.
The other cards that Rich sent were nothing like 2021 Update: 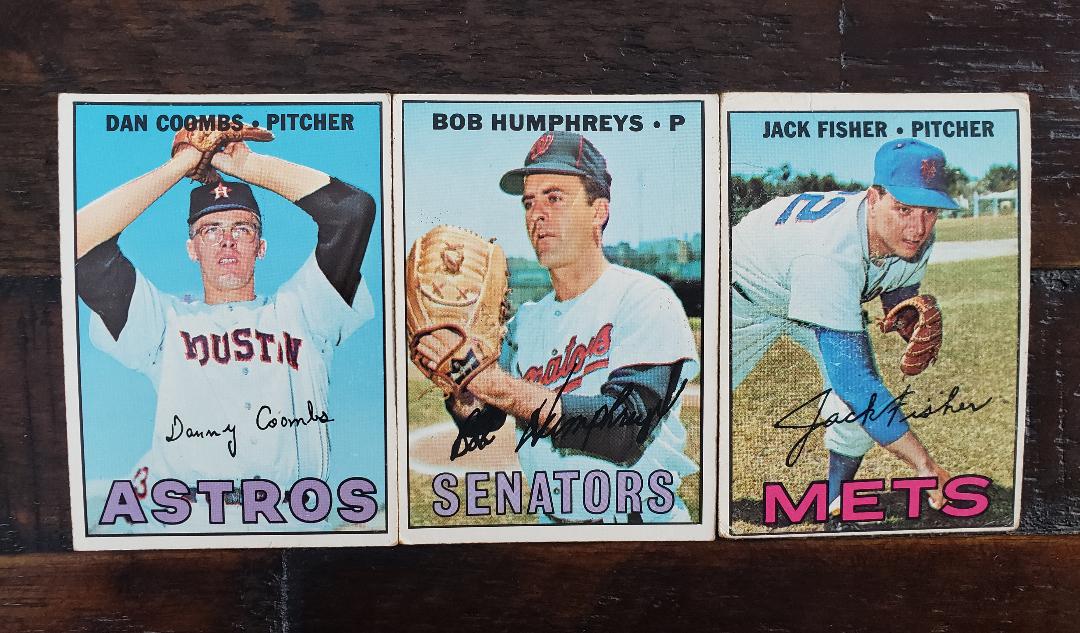 Three 1967 Topps highish-numberish needs! Wooooo! 1967 new arrivals are among my favorite cards right now.
I love packages featuring cards that span more than 50 years.
There are benefits to sticking to what you really love in collecting and shunning everything else. You avoid hoarding, you avoid disappointment, you avoid confusion.
I often see collectors gravitate to those who collected only when they did or show cards only from that specific era when they grew up. It's understandable and, heck, this is a hobby, not anything super important, really. Do what you love. But like the dangers of surrounding yourself with like-minded people, you miss out on a lot and appreciate very little by living in your world of albums from 1971. Or your world of CDs from 1997.
1971 was a great year, no argument from me (1997 was OK), but I like guys like Rich who dabble in a bit of everything.
P.S.: Oh yeah, that pack of 2021 Panini Optic that I bought yesterday, suuuuuuuuuucked.

Old Cards said…
Those wonderful 67 cards saved this post...just kidding. Even though I have lots of cards after the 80's, I must confess, I am now primarily the stereotype.
January 25, 2022 at 9:26 PM

Fuji said…
The past two days have been long... and haven't found a lot of stuff to chuckle at. But that last line about your Optic pack made me smile. I didn't find it amusing because you didn't pull anything good... it's just the way your wrote it.
January 25, 2022 at 11:17 PM

bbcardz said…
I'm still just as excited for new Topps flagship/Heritage as I was for cards back when I was youth. I was especially excited to see the Topps BlackGold inserts in 2021 Topps Update. Those are pretty tough pulls. I have only three of them. Good news--one was Mookie Betts. Bad news--two were Alex Bregman.
January 25, 2022 at 11:41 PM

Nick said…
I often think people who only collect/discuss vintage are missing out on just as much as the bros who only chase latest-and-greatest stuff. It just seems like a whole lot more *fun* learning about cards from every different era of the hobby, not just a certain time or decade. And it's nice to see people like Richard going against that stereotype.
January 26, 2022 at 2:51 AM

GCA said…
Dangit. How many more non-mint binders do you have. I just brought home another two huge boxes of free binders. I will blow the cash on shipping if you want some.
January 26, 2022 at 4:23 PM

Jon said…
I don't mind if people want to stay in there happy place, but am not a fan of them saying that everything that doesn't fall into their comfort zone, is garbage. I have my preferences like everyone else, but try not to complain too much about the stuff that I don't like (I'm not always successful with that though), instead just saying that it's not for me.
January 27, 2022 at 12:31 PM