The unexpected and the unknown 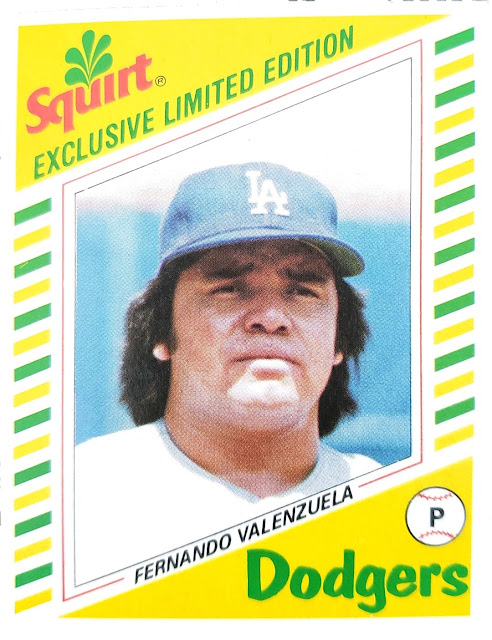 I'm still in the middle of my "Dodgers extras" giveaway, probably not even halfway through.
I've been sending out four packages a week, which is actually a combination of Dodgers giveaway cards and usual trade packages. So it's slow-and-steady going. Another mailing should go out by the end of the week. And I expect the giveaway packages to continue for another month.
But I've already received a return mailing for one giveaway envelope I sent -- and that was not expected at all.
I am not looking for cards in return for this. I know card collectors are super-generous and give without thinking but, really, nobody needs to send anything to me. I just want these cards out.
That said ... WEEEEEEEEEE! A package? For moi?????
Bryan, who is a regular commenter on this blog (major night owl points for those who comment on this blog only), sent me an oddball-heavy envelope, which is squarely in my wheelhouse. Such an expert choice of cards to ship me. He also sent a few top-loaders, which I was crying about needing a few months ago. It's not quite as dire now that I'm not in major Kellogg's hunting mode, but that will heat up again soon.
But never mind boring plastic containers. Let's see the oddballs! 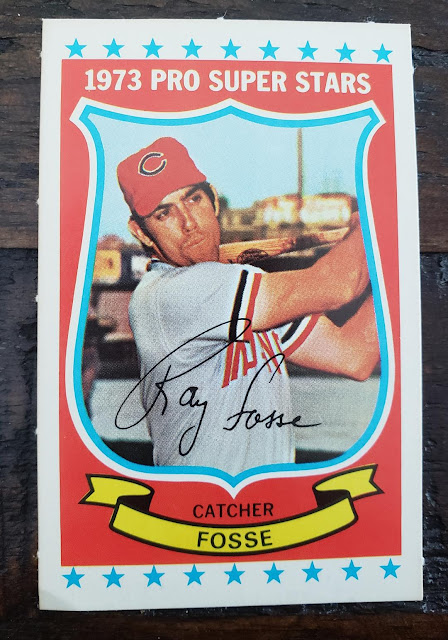 Speaking of Kellogg's, here's the ugly duckling of '70s Kellogg's sets. The '73 set is bashed all the time for stepping away from the 3-D technique that made Kellogg's cards distinctive. But at least you don't have to worry about '73s cracking. 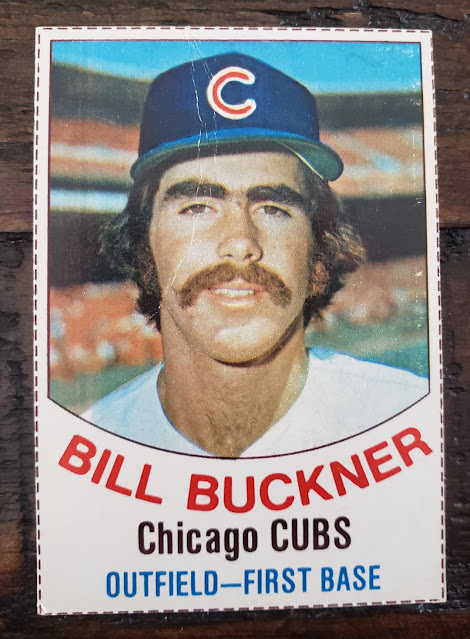 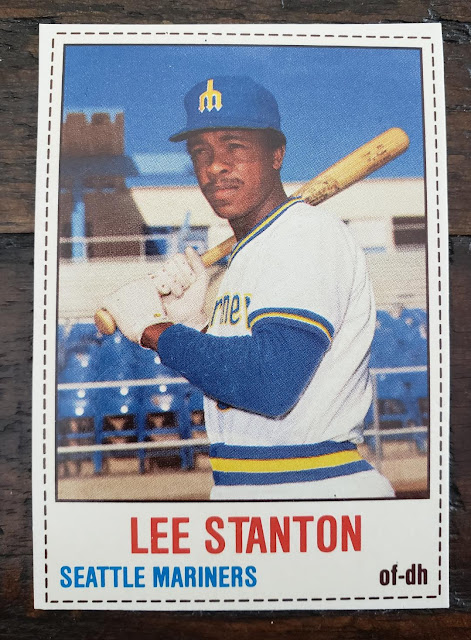 Yes. 1970s Hostess. We are speaking my language and that 1978 Stanton Hostess is really all about me, cutting around the dotted lines, which I love. The '77 Billy Buck -- I am supposedly chasing the '77 Hostess set next -- is creased but easily dismissed on a Hostess card. 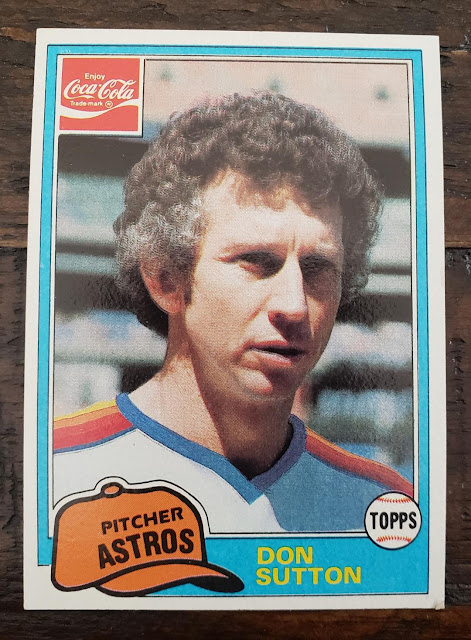 Holy cow, this thing.
It is my mission to gather all of the Coke cards from this early '80s period. But there are some that stand out above others and this is one. This '81 Coke card shows Don Sutton with his new team (I won't say in his new uniform because those aren't real duds). As you know, he is with the Dodgers on his 1981 Topps card. 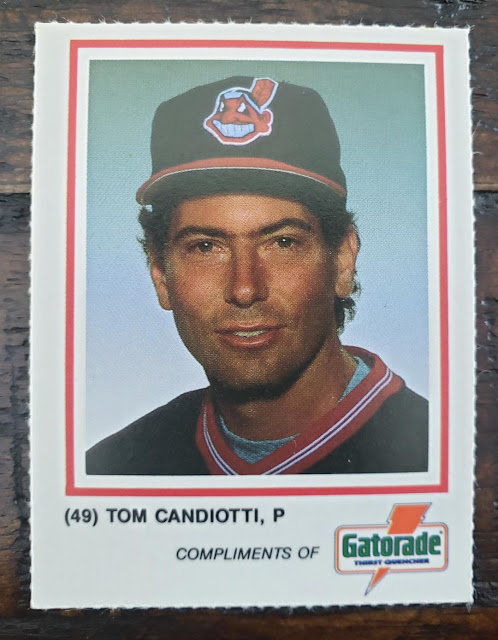 I believe this is from an entire panel issued by the Indians in 1987, which I actually have. But now I don't need to separate it for the Candiotti card! (No, I am not a Tom Candiotti player collector but imagine if I was. The decisions!) 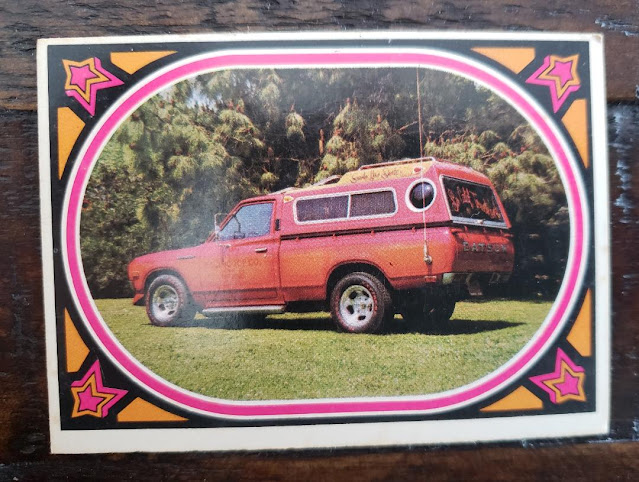 This is where this package has wheels. Have you ever seen anything so '70s?
I did not know what this was so I looked it up. This is from a 1975 Donruss set called "Truckin'," and that is now the most '70s name for a '70s set ever. Here, I'll read the back for you:
"Here's a super mini, a '74 Datsun which features Renegade tires, slotted mag wheels, side pipes, roof rack spoiler, fog lights. Check the cab sun roof. Inside are K&M bucket seats, custom console, CB radio, tufted door panels, shag carpeting throughout, custom steering wheel"
Of course it has shag carpeting throughout!!! It's pink and orange, ain't it?
Also you can cut off the subscription order form on the back for 10 issues of "Truckin' magazine. 5 bucks! 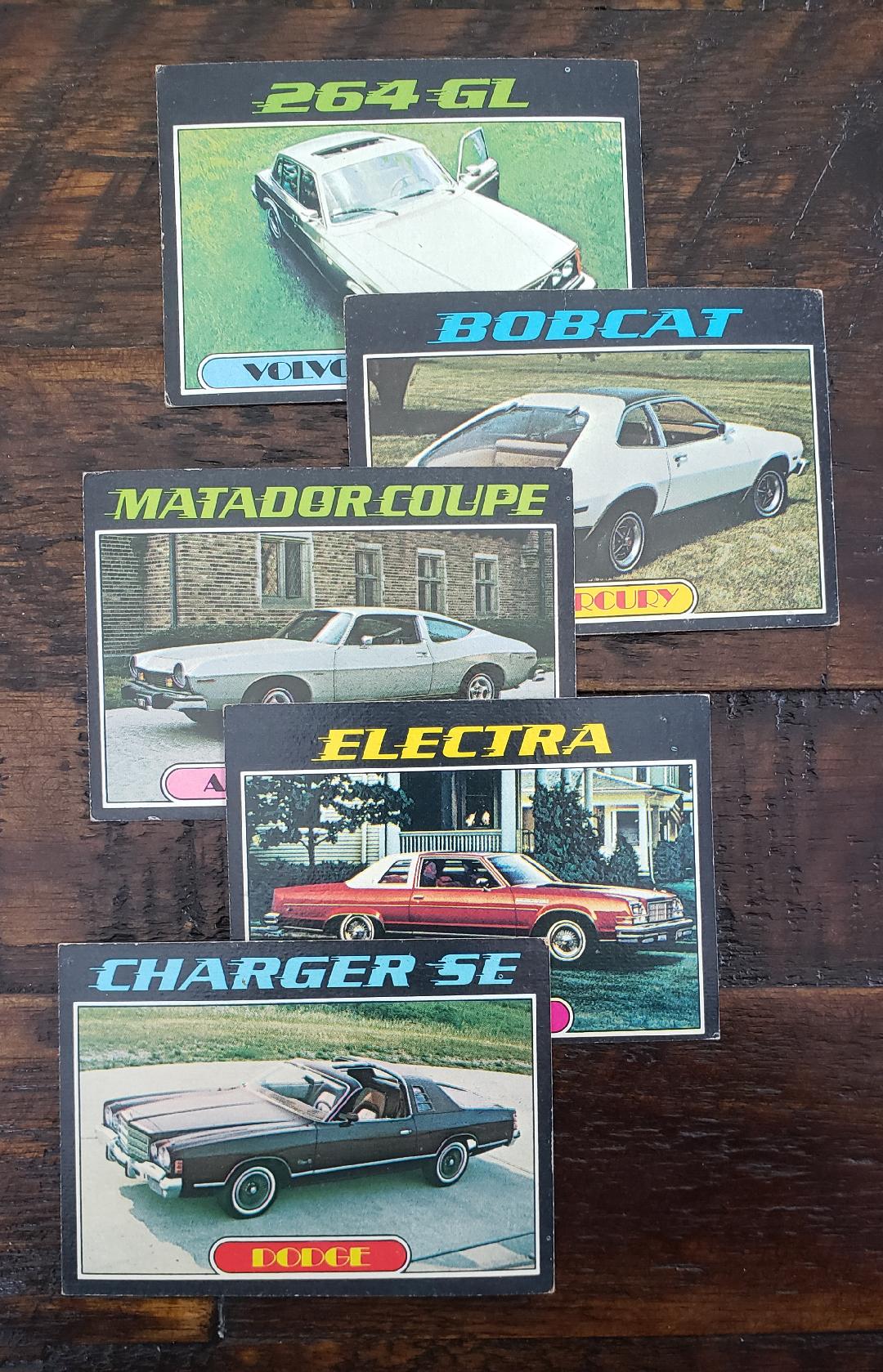 More car cards I knew nothing about.
It's amazing that a black-bordered set from the '70s has eluded me for so long.
These are from a 1976 Topps set called "Autos of '77." Seeing cards of cars I saw on the streets as a kid, in super-bright, '70s fonts all with a black border -- well, I'd be all over them if I knew these existed in 1976. I was just exiting my Matchbox cars obsession at this time. This set may have changed my direction forever with hardly a baseball card in my future!
These cards look so good, I've already looked around for others from the set that appeal to me. 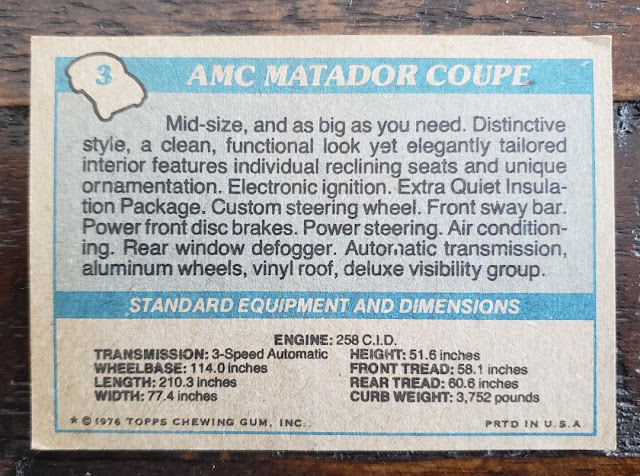 There's a view of the back. 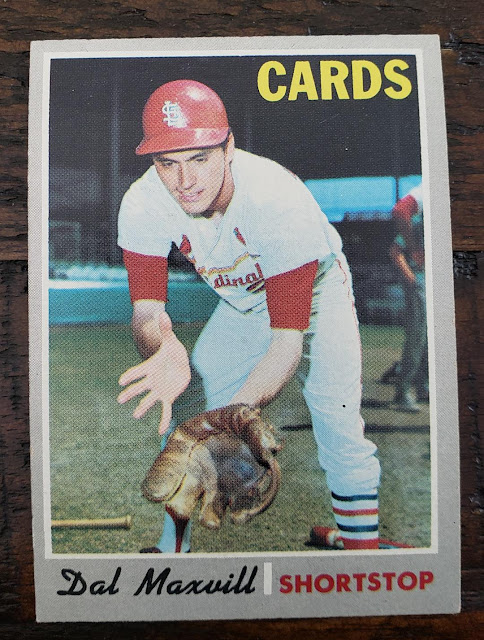 There was only one non-oddball in the package - this super-clean Dal Maxvill, high-ish numbered card from 1970.
That's a pretty awesome feat, sending me an envelope with minimal Dodgers and only one flagship Topps card and yet hitting a number of my interests -- some I didn't even know I had.
If I'm going to get packages like that, I guess the giveaways will have to continue!

Bill@Bravestarr said…
I read the car description in Matthew McConaughey’s southern accent like in Dazed and Confused. Felt appropriate. And the Don Sutton Coke card… chef’s kiss!
January 18, 2022 at 8:27 PM

Nick said…
Wow, never knew Gatorade made baseball cards! I'm seriously starting to be convinced that every major brand produced sports cards at some point in their histories.

Like you, I'm not expecting anything in return for the giveaways on my blog, but it's very generous of people to send stuff if they so choose! Always a treat to get surprise cards in the mail.
January 18, 2022 at 9:01 PM

Brett Alan said…
I don't have any memory of that Topps Autos set, either. But I suppose even though I was collecting most Topps products at that point, that a set of cards of cars wouldn't really have appealed to me.
January 18, 2022 at 11:19 PM

Billy Kingsley said…
The Automobiles of 1977 set is actually pretty hard to find. I've been looking for them but not having any luck. The only trading cards my dad ever had, and I inherited, was one single pack of the set. Sadly only three cards survive, all have been under water, (lousy basement flood, it also killed our Atari and record player) and he used thumbtacks to hold one of them up somewhere. So suffice to say they are in really poor condition, but I love them all the same.
January 19, 2022 at 2:16 AM

Fuji said…
I passed on the opportunity to buy a complete 1973 Kellogg's set, because it wasn't lenticular. Big hobby regret of mine. That 1975 Donruss Truckin' card is cool. Takes me back to my childhood.
January 19, 2022 at 8:46 AM

Bo said…
Love that Fosse card, great pic of Yankee Stadium with the tarp on the field, the centerfield flagpole prominent in the background. And the sun is shining right onto the buildings behind centerfield, meaning it is just before sunset. It's a pre-night-game card!

GTT said…
To be honest, I think that Donruss Truckin card is incredibly silly. The other cards are nice, though. (And I do collect Tom Candiotti.)
January 19, 2022 at 11:30 AM

bryan was here said…
Glad to see you got your package. I knew those cards were going to a good home!

That Donruss Truckin' card was a last second addition. I had won a small lot in an eBay auction, and there was an extra of that Datsun card. There's all kinds of '70s vans in that set!