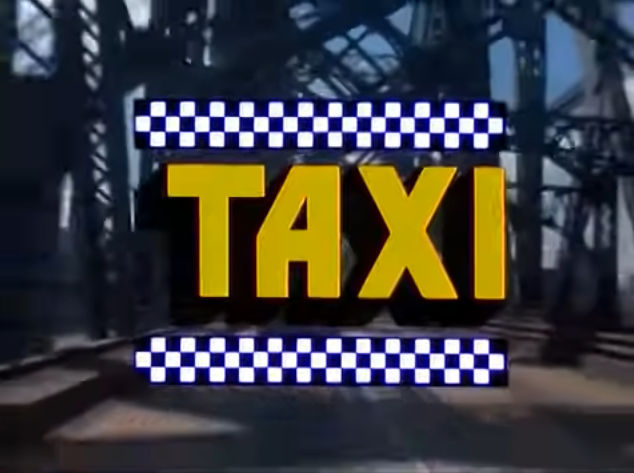 I love the 1980s.
The '80s had the best music. Maybe the albums couldn't match up with decades like the '70s and '90s, but the songs on the radio were magic. Three or four minutes of pop perfection.
1980s new wave/alternative is probably my favorite music genre of all. Go through my record albums -- yes, I still have them -- and there is more '80s stuff there, by far, than anything else. Same with the '45s (still have those, too).
I never had more fun watching TV in the '80s. The only time I've sat and watched entire blocks of programming, show after show after show, was the 1980s. I can still name all those shows and in what order they appeared on a given night. And MTV was born in the '80s. Can't forget that.
The '80s was the first time I went to a bar or a nightclub. It's when I graduated from high school and from college. It's when I learned to drive, talked to my first girlfriends, found my eventual wife and worked my first newspaper job.
The '80s was playing video games at the video arcade, watching "Raiders of the Lost Ark," covering the Buffalo Bills and walking the streets at 5 a.m. delivering newspapers. There was never more "new" than in the 1980s and I welcomed all of it.
However ...
The '70s are greater than the '80s in one category:
Greater nostalgic response.
There is a reason that my favorite baseball player of all-time is Ron Cey. 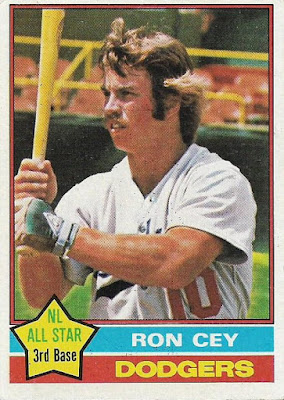 But it's not Orel Hershiser. 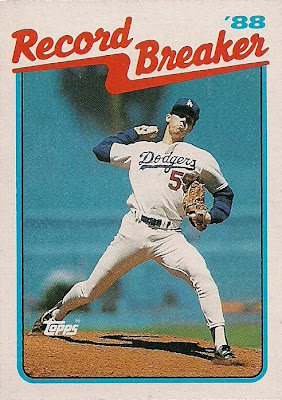 One player I discovered in the '70s and the other one I discovered in the '80s. And my visceral nostalgic response is greater for people and events and things from the '70s than the '80s.
I really noticed this when the Nine Pockets blog generously offered up some of his custom creations for free to fellow bloggers. He's started his own store where you can purchase some of those customs. And I think if he gets more '70s stuff in there, I might be purchasing.
We were instructed to look through what was available and pick out three that we wanted. I began my tour and noticed a few cards I might want right away. A couple cards of the Beastie Boys on the 1982 rookie stars design as well as on a 1984 Topps design. A Jimi Hendrix on the '82 In Action design.
I made a mental note of them as possibilities, but that all went out the window when I saw this: 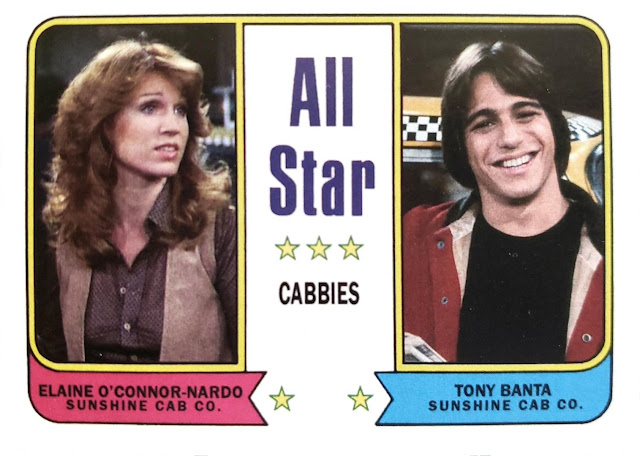 I like Taxi a lot.
That opening theme music with the taxi driving across the bridge (is the Queensboro Bridge ever that empty?) is like eating a warm cookie on a cool night.
Taxi could be my favorite sitcom of all-time. Perhaps as a 40-year-old sitcom it doesn't hold up as amusing as something from the '90s, but trust someone growing up in the '70s -- it was hysterical. Crazy even. I still look back on those shows and characters and smile. It's never been duplicated.
Taxi lasted into the '80s but I associate it with the '70s. It first aired in 1978. I would gladly add three more of these cards with Wheeler and Reiger, DePalma and Ignatowski, and Latka and Simka, once/if they are created.
Their appearance on the 1974 Topps All-Star design clinched it. That's 70s all around right there! And therefore I couldn't stop and picked up two more '70s-themed cards on the same design. 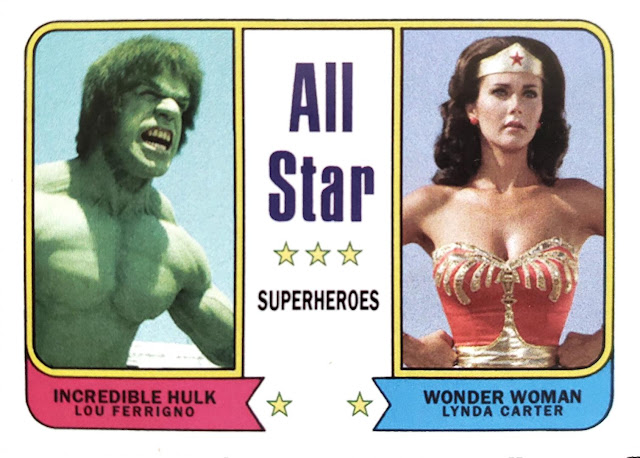 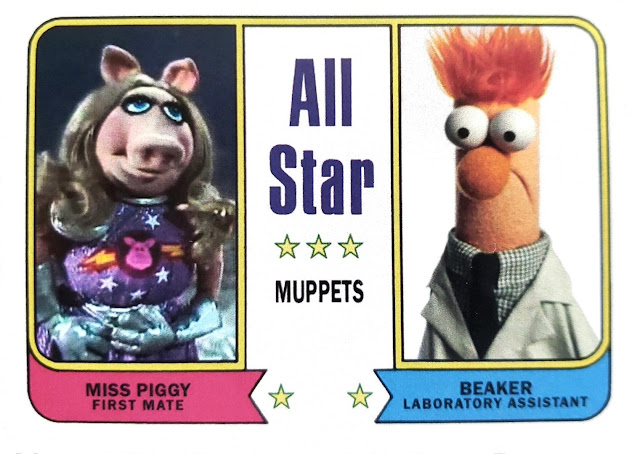 All of the above was on a television I was viewing in the '70s. I didn't see much of Wonder Woman but I recall being at a friend's house when it was on. The Incredible Hulk I watched all the time (this is not my first Hulk card).
I was a diehard Muppet Show viewer from its start in 1976. It also lasted into the '80s. The two characters above are from the "Pigs in Space" skit and the "Muppet Labs" skit (with Dr. Bunson Honeydew). I have campaigned for a Muppet Show card set for a long time and there has been versions in the past, although nothing to my satisfaction. 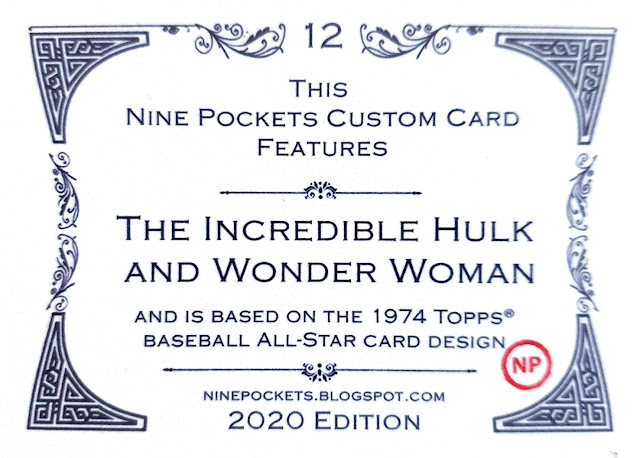 There is your typical back for these wonders.
Gregory from Nine Pockets has devised a few other '74 All-Stars with '70s shows. The CHiPs, Laverne and Shirley and Odd Couple cards didn't quite make the cut. (Watched "CHiPs" a lot but wasn't a favorite, almost never watched "Laverne and Shirley," and "The Odd Couple" was before my time). But I can see myself getting them some other time.
Gregory also threw in another card that I requested in case some of the others weren't available. 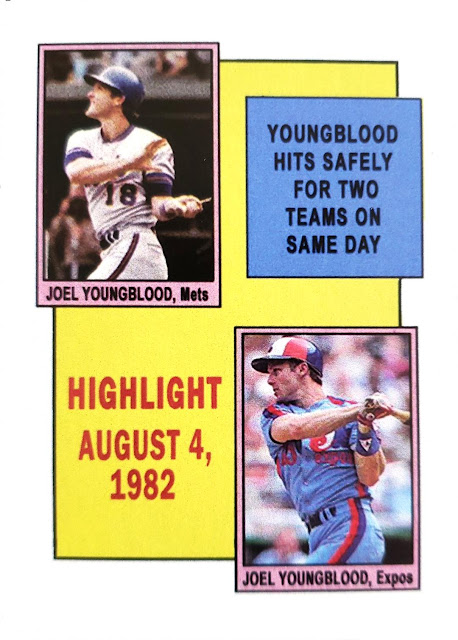 Back to baseball here, remembering the day Joel Youngblood got hits for two different teams on the same day, an event that I followed as it happened that day (saw the Mets game on TV during the day, heard about him following with a hit with his new Expos team on the radio later that night).
This event was only recognized on a baseball card by Fleer in its 1983 set until Topps finally realized what a mistake it made and included the feat in its "Tales From the Game" set in 2010. I have both of those cards, but couldn't resist this custom. 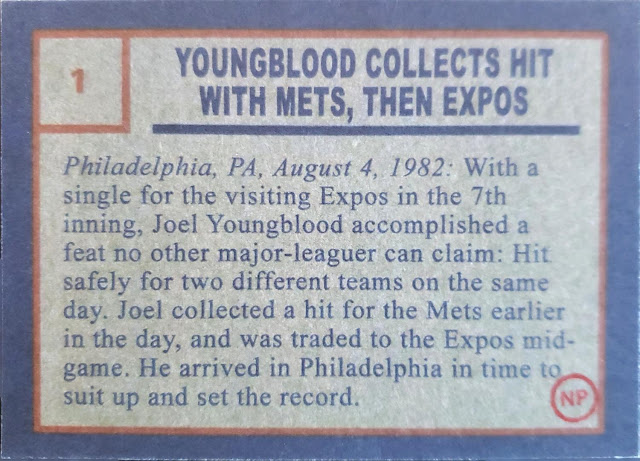 So very '84!
I noticed that a couple of other people who have posted what they chose from the Nine Pockets giveaway selected '80s-themed cards, which make sense because they're a little bit younger than me.
I do gravitate toward early '80s stuff just as instinctively as I do the '70s. For example, make a card picturing the original MTV VJs and I will spring into action.
I am extremely happy I got to experience just about all of the '70s and the entirety of the '80s. When people tell me they don't remember that stuff, I am sad. There was so much good stuff back then.
Heck, it's like 75 percent of my collection.

Brett Alan said…
I wasn't far off from your selections--the Muppets All-Star, the Joel Youngblood (always a baseball collector at heart) and the Beastie Boys. I guess that's a bit more to the '80s even though we're about the same age, though. I was never that into Taxi. Now, if there was a Soap card....
September 16, 2021 at 8:06 PM

Jon said…
As someone who didn't watch it during it's original run, I think Taxi still holds up fairly well, and to me doesn't feel that dated. On the flip side, certain 90's sitcoms feel incredibly dated, and are virtually unwatchable for me at this point.
September 17, 2021 at 12:17 PM

gregory said…
Glad the cards arrived, Night Owl! Although I'm a child of the '80s and grew up watching '80s TV shows, I definitely also gravitated toward certain '70s shows like Taxi, CHiPs, and The Muppet Show. The Taxi theme song is just about perfect.