Will he be the best Dodger pitcher ever? 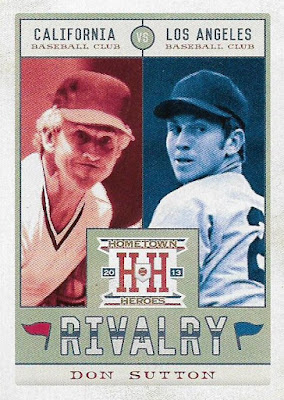 A few days ago, Tony L. from Off-Hiatus Baseball Cards dug up a Baseball Digest from 1977 and displayed an article that asked: "Don Sutton: Will he be the best Dodger pitcher ever?"

This was the time period when Baseball Digest was coming to my home and I'm fairly certain that I read that article when I was 11 years old. I knew about Koufax and Drysdale then, but I was probably nodding my head in agreement: yeah, Sutton could become the best Dodger pitcher ever.

You all know what happened next after that Baseball Digest article.

Sutton pitched the Dodgers to back-to-back World Series appearances. He got into a well-publicized fight with teammate Steve Garvey. He sought big free-agency bucks after the '79 season and became a Houston Astro.

After that, he pitched for the Brewers and the Angels and the A's and it was never the same. Forget about the "Best Dodger Pitcher Ever" stuff, that's for sure. Koufax's title was safe as far as I was concerned. Free agency is great for the players, but for fans, it's kind of a pain. We like the good players on our team to stay around for a long time. When they don't, then stuff like this can happen:

Yeah, OK, that's what happens when you don't stick with one team. Someone associates you with your broadcasting career.

These are all the fears that I have with Clayton Kershaw.

Baseball Digest, if it was doing what it was doing back in 1977, could feature the exact same story about Kershaw at this point and I'd be nodding my head again. Except I'm even more convinced. Kershaw is definitely the best Dodger pitcher ever if he signs a new deal and puts up a few more seasons like the ones he already has in his back pocket.

The last thing I want is for someone in the future to say, "Clayton Kershaw is a National as far as I'm concerned."

The above Sutton card from the 2013 Panini Hometown Heroes set came from Doug at Sportscards From The Dollar Store.

And speaking of Kershaw, I received this card of the Dodgers' ace that I've been seeking for a few weeks: 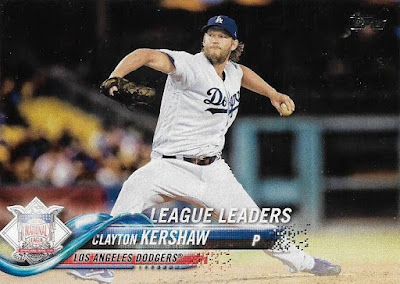 Here are a couple others that fill slots in my collection: 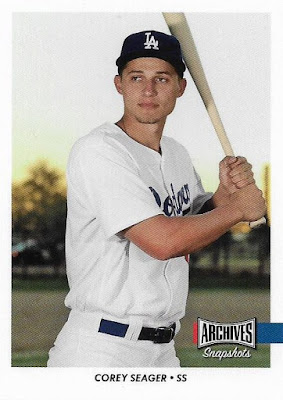 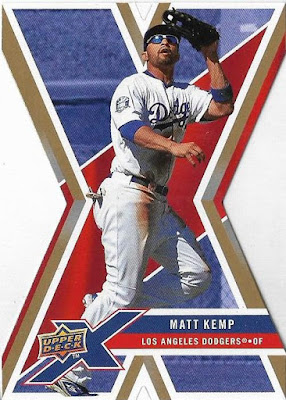 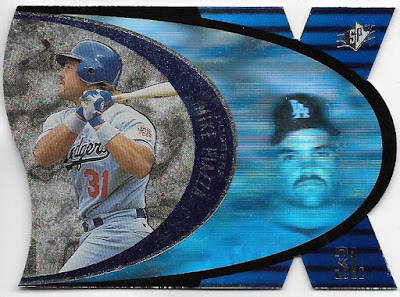 I've been quite delinquent about picking up the Archives Snapshot Dodgers from last year. The gold-bordered X diecut is my first of that kind of parallel. And the Piazza SPx diecut from '97 completes the Dodgers from that set! 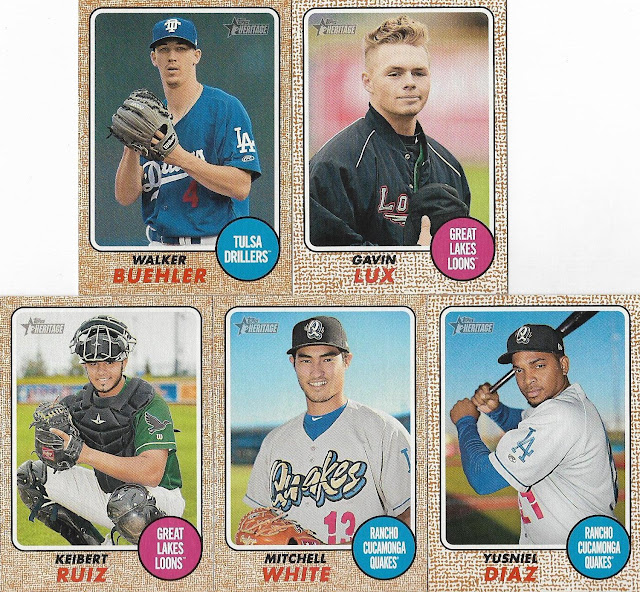 SCFTDS also sent along some Heritage Minor League Dodgers from last year's set. More power to him for knowing which ones were Dodgers. I'm happy I knew two-thirds of these (that Lux card must be super-popular or much-reviled with the fam). 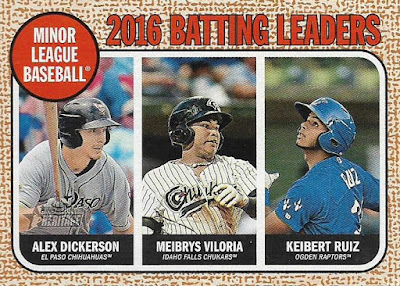 Kind of embarrassed to say that one of the ones I didn't know was Keibert Ruiz, and he was a league leader! (A brief glance at the internet tells me I should know who Keibert Ruiz is, he'll be the Dodgers' starting catcher like next year and for heaven's sake, get your life in order and focus on prospects!)

The rest of the cards in the package were Buffalo Bills.

Although I don't collect football anywhere near as enthusiastically as baseball, I really should have more Shady cards than I do. This grouping helps a bit. Panini's football offerings makes me wonder if all of Panini's baseball products are put out by the 5-year-old children of Panini employees. Grown-up NFL Panini actually can do good work, although I don't know what Boss Hogg is outside of the Dukes of Hazzard. 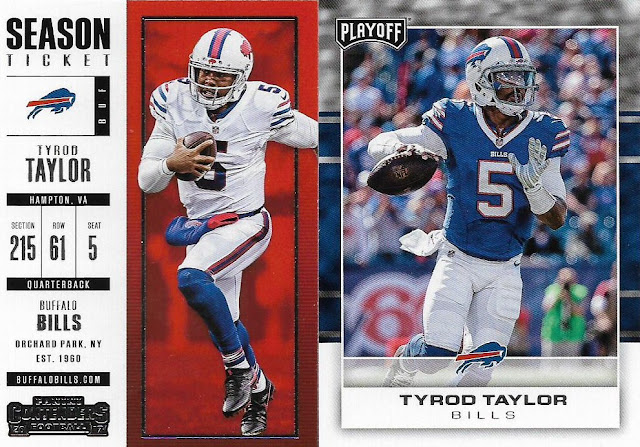 I received these Tyrod Taylor cards the day before he was shipped the Browns. I sure hope Angus enjoys his team's new QB -- if in fact he gets to start -- because as much as I liked Taylor, I ended up merely hoping he got out of games alive. 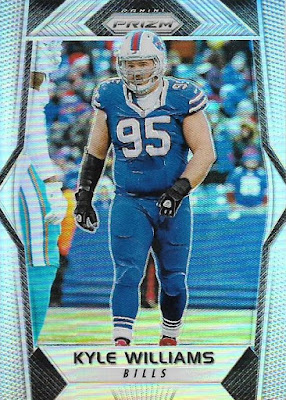 A shiny Kyle Williams card. I'm not a Prizm guy, but it looks a lot better on the scan. 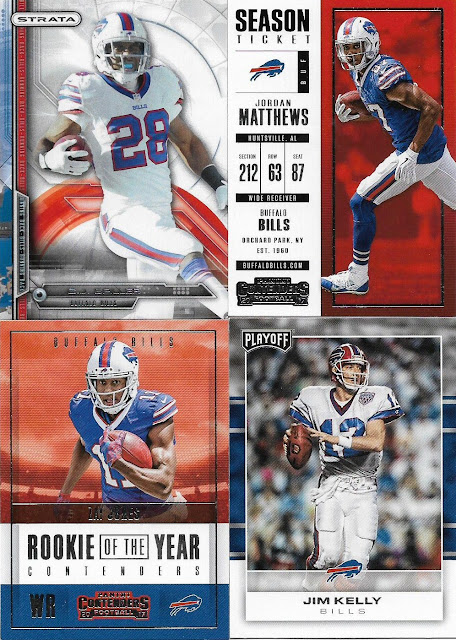 And there you go, several more Buffalo Bills that are going to push me kicking and screaming into finally dedicated a full binder to my Bills cards.

I really don't need to be buying more binders.

But at least my binder worries got my mind off of Clayton Kershaw pitching for another team.

Let Don Sutton serve as an example to you, Clayton. And, whatever you do, don't take up a post-career broadcasting gig with a team that batted .228 in 67 games against you.

Angus said…
I'm thrilled with the Tyrod Taylor pick-up for the Browns. If the Browns would have had him last year, I figure they probably would have won around four games. I really like how he rarely throws interceptions - a big plus after watching Kizer last year.

When (if?) I eventually finish getting organized, I'm sure I'll be providing you with some Bills and Sabres.

buckstorecards said…
I think many of those Heritage cards had their numbers from the Arizona Fall League Dodgers on the back, so it was a pretty easy effort to pick them up.
March 21, 2018 at 10:11 PM

Johnnys Trading Spot said…
In Mr. Mossi's defense, Sutton did spend more time/years as a Braves broadcaster than he spent pitching. Braves HOF, etc..Just saying, I see why he said it even though I still recognize him as a Dodger.
March 21, 2018 at 10:16 PM

Brett Alan said…
Was curious about what bWAR would say about this. If Kershaw compiles 3.2 more WAR, he will be the top Dodger pitcher by that metric. If he's reasonably healthy he should reach that this season.

Fuji said…
I truly hope Kershaw goes on to become the best Dodgers pitcher ever. He's my favorite player to watch highlights of. And if I ever find myself rooting for the Dodgers in the World Series, it'll be because I'm rooting for him. Either that... or the Dodgers are playing the Yankees.
March 22, 2018 at 9:58 AM