The first cards that I thought were "ancient," that really seemed to be from the stone age, an era completely separated from the one that I was currently in, were from 1969 Topps.

Wow, what were these things? Something from the '60s??? That was a whole other decade!

Part of me didn't really want any of those oldy moldy things when I saw my friend display them as we sat on another friend's front porch. He had gotten them from his older brother. There were a few 1968, 1970 and 1971 cards mixed in, too, but the overwhelming number of them were 1969 Topps.

As someone who grew up with Topps from 1975 on, these '69 cards seemed so simple. They were almost generic (what with all the hatless players and blacked-out caps, could I be blamed for thinking that?)

But because of this encounter -- and later coming to my senses and trading for some of those "ancient" cards -- 1969 holds a place of honor in my collecting history. It is because I owned a few of those cards that my dad realized his sons were interested in old cards and brought home a grocery bag full of 1956 Topps from a co-worker. It was the start of my appreciation for "vintage," which has grown and grown since my early teenage years.

And thanks to '69, this year's Heritage is the first version of Heritage to which I hold a personal connection. As much as I appreciated the other versions of Heritage, they didn't have that personal meaning that the Heritage sets to come will offer (Just wait until we get to 2023, 2024, 2025 etc. We may have to close this blog down because of all the hysteria).

Today, I bought a rack pack and a hanger box of 2018 Heritage. They were brand new to the Target shelves.

I'll show the contents now, starting with the rack pack. Just remember that I'm not just seeing these 2018 Heritage cards, but the Cleon Jones and Chris Short and Sam McDowell that I first saw on my friend's porch way back in 1978 or 1979. 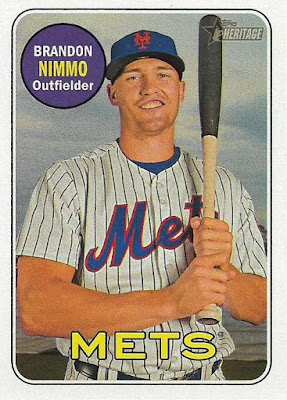 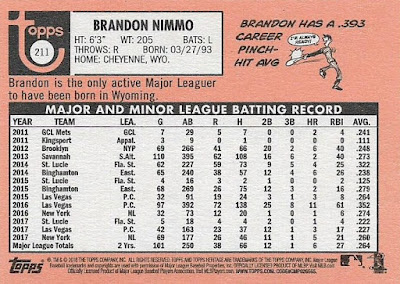 Woooo! Full stats! There is your back with that lovely salmon color that I thought so strange seeing them for the first time (keep in mind, I was used to the dark green, red and orange backs of the '70s). 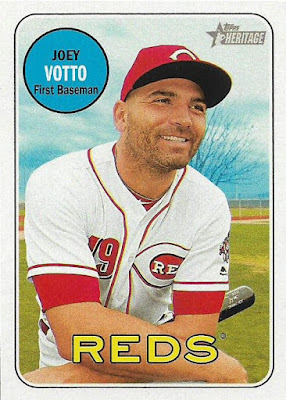 I like this card, but I can already tell that the writing out of the positions is going to drive me crazy.

Topps did not write out the positions in 1969, yet this seems to be a continued practice in retro sets. 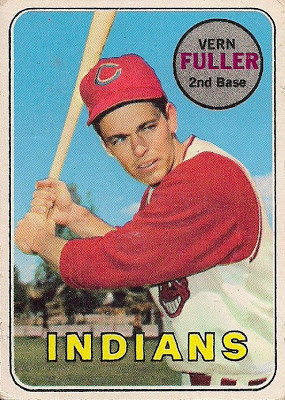 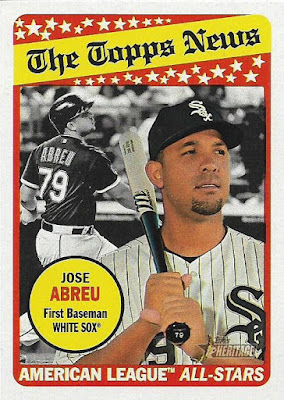 This is one of the big selling points of 2018 Heritage, the 1969-style All-Star cards. Believe me, when I saw these on that porch some dozen years after they first came out, I wanted every single one of them. (As you veteran collectors know, the top part read "The Sporting News" in 1969). 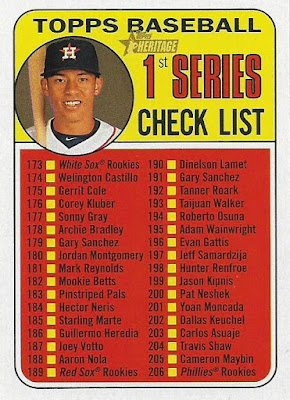 This is one of the biggest shockers -- actual front-facing checklists that look like the ones back in the '60s. I'm not sure why Topps suddenly decided to do this when they didn't do it last year or previous years, but it feels so right to have numbered checklists appear as a collectible part of the set once again as God intended. 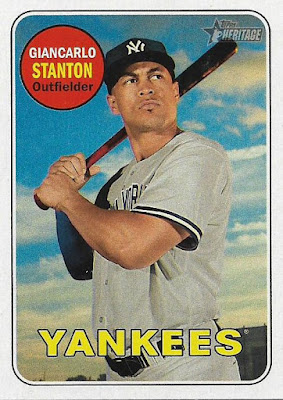 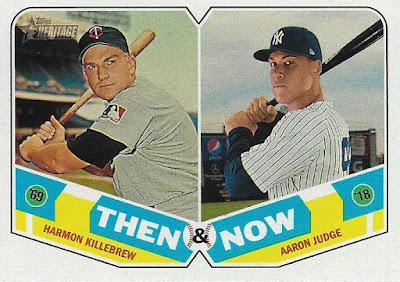 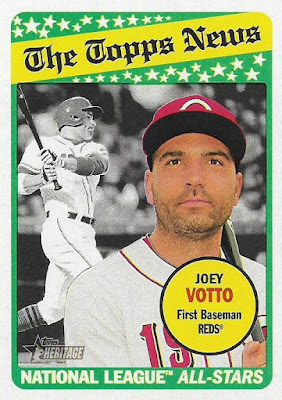 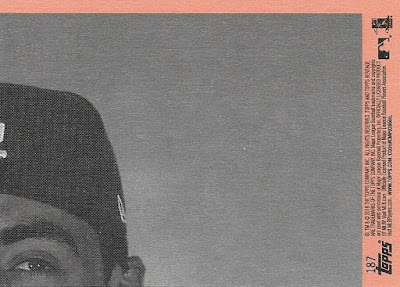 Yes, there are puzzle backs. That is Cody Bellinger peaking out at you. 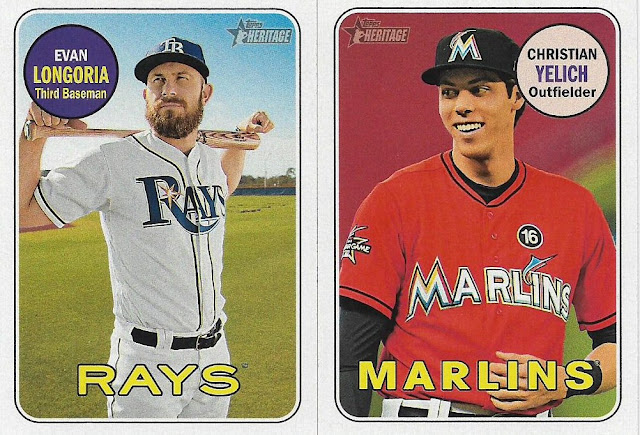 You can see neither of them are in their new uniforms because they're not Yankees. 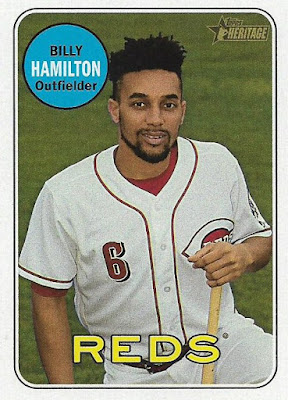 I'm happy to see there are at least a few hatless players in this set. 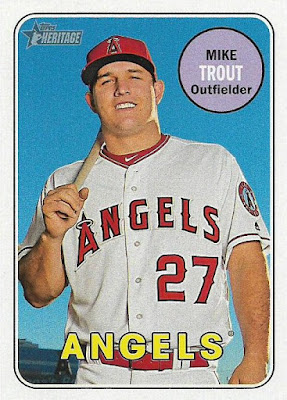 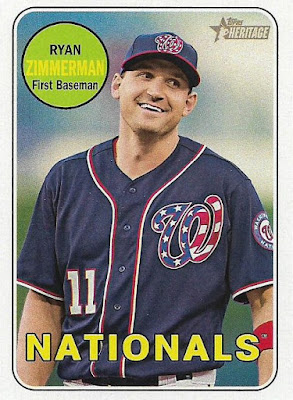 #230 - Ryan Zimmerman, Nationals (OK, the team name is listed under Zimmerman's name on the back, too. Odd). 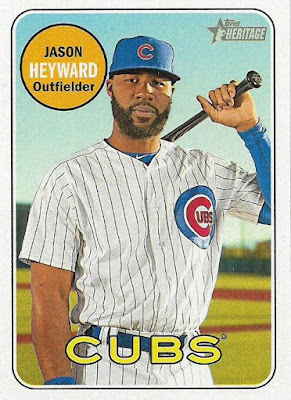 Geez, I hate it when I repeat myself. 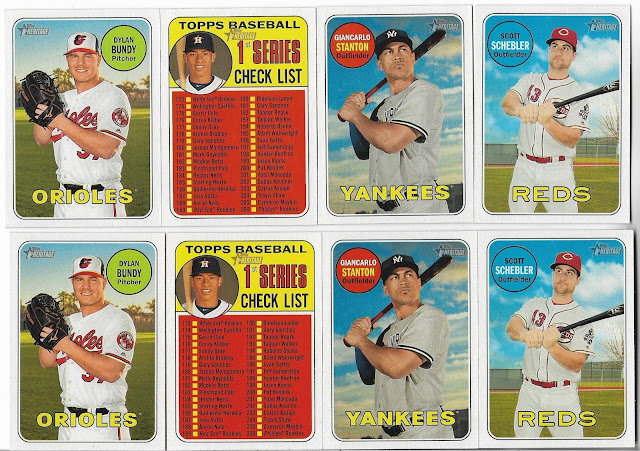 (I couldn't fit the Sanchez on the scanner).

That's pretty dastardly collation when I buy just one hanger box and one rack pack and get the same five cards in each. 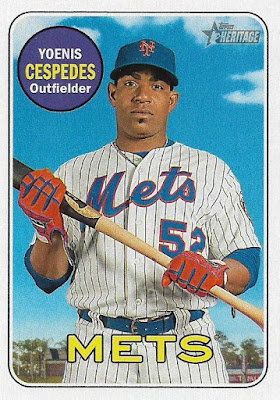 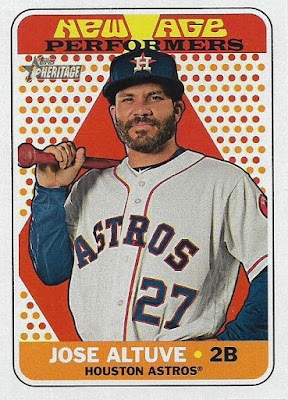 I appreciate the top font, very true to the late 1960s. 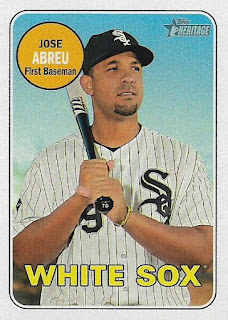 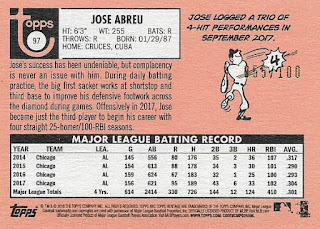 I don't have much use for Heritage minis as it's not anything that appeared in Topps sets until 1975. And I pull "special" Abreu cards as often as I used to pull Carlos Lee cards 10 years ago. But it's still nice to get something numbered to /100. 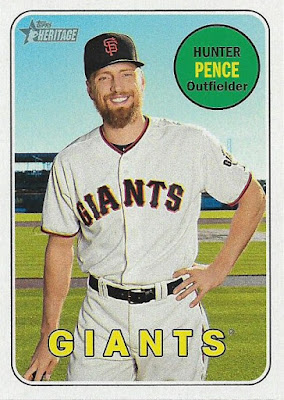 The last couple of years I've been very suspicious of the backgrounds in Heritage. I'm not going to believe 100 percent that they're stock footage backgrounds, but, WHERE ARE THE PEOPLE IN THE BACKGROUND????? NOT ONE OF THESE BACKGROUNDS HAS PEOPLE! IT'S LIKE BASEBALL AFTER WORLD WAR III!!!! 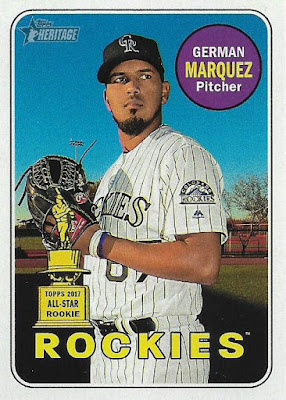 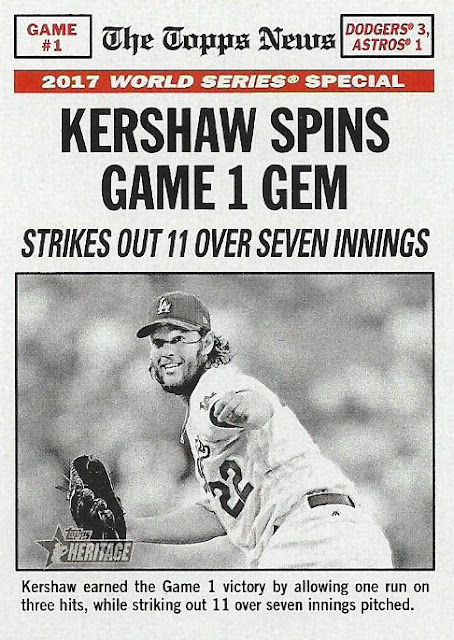 Let's go over the reasons why this is the pull of the purchase:

I've said this already, but I want every one of these WS cards, and get ready for a post all about them. 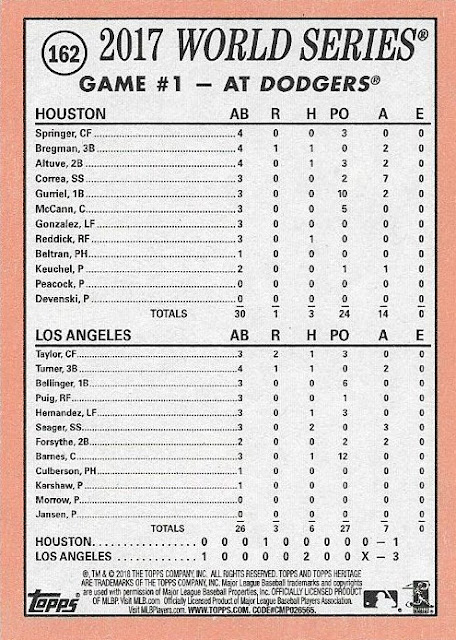 (Is there a point in finishing out the box?)

That finishes out the purchase.

That was kinda fun.

I'm not collecting Heritage this year. I don't think I need to say that every year what with the set being impossible to complete the way I like to complete sets (through pack purchases and trades). Even if you buy the remaining SPs you need, it still takes quite awhile.

But it's nice to start getting into the sets that evoke childhood memories. Next year won't do much for me, but 2020 sure will and then hold onta something after that. 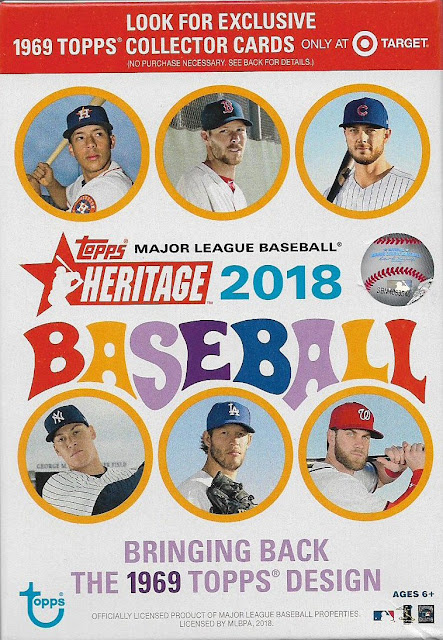 Mark Hoyle said…
The lettering on the Altuve new age performer looks like something from Laugh In
March 1, 2018 at 7:55 PM

Old Cards said…
Finally some decent looking new cards. The only problem is that they are "not" Cleon Jones and Sam McDowell. Are there any players from 1969, besides the Then&Now, in the Heritage series? I was thinking Topps usually threw in a few. By the way, great post! Your excitement jumped off the page and was contagious.
March 1, 2018 at 9:27 PM

Bo said…
There is nobody in the backgrounds because there are highly structured picture days now. I'm sure they keep the field clear on those mornings. It's not like the '60s and '70s where the photographer could just stroll through the field while regular baseball activity was going on.
March 2, 2018 at 11:06 AM

GCA said…
For such a simplistic design, these do look nice. Though the misaligned text in the circles makes my OCD meter peak too. I'm torn on these. Getting flagship in set form, so nothing to buy packs of except this.
March 2, 2018 at 11:59 AM

Kevin said…
Check out noah snydergards card in this set...pretty sure that was pasted on a sunny background...it looks amateurish
March 2, 2018 at 6:47 PM

BaseSetCalling said…
i haven't picked up any yet, not a great fan of 69 to start with, but will dabble a little for fun and that pleasure of pawing through new cardboard

from what I have seen though, it does look like Topps changed at least some of the photo locations this year (photos taken February 2017). for many teams, the background was the same for player after player, year after year. blechh.

I am hoping next year might include some Stadium background shots, for historical accuracy - and then the year after that starts seeing action shots on the base cards, instead of just on rare variations of star players, as currently
March 2, 2018 at 7:20 PM

Johnnys Trading Spot said…
Would you look at the smile on Kershaw's face. Almost like he knew it was going on cardbaord.
March 2, 2018 at 7:21 PM

Jim from Downingtown said…
Why does the FIRST series checklist start with card #173 instead of card #1?