So, March, we meet again 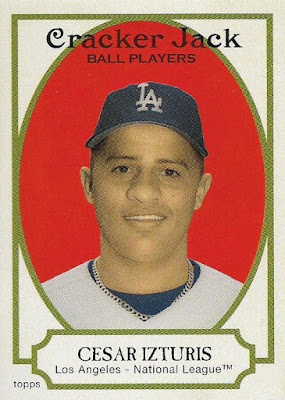 The dreaded month of all months has begun. And this time it's not wasting time in hassling me. "Hi there," March announced on Thursday. "Deal with this." Three days later, I'm happy to be alive with most bodily organs intact. There is 24 hours to recuperate (no more than that, mister!) and then back into the furnace.

While I'm recovering, I thought I'd carve out a few moments for a post.

GCA of The Collective Mind sent some cards recently (I don't remember when, the days are a blur). They were all exactly what I needed. 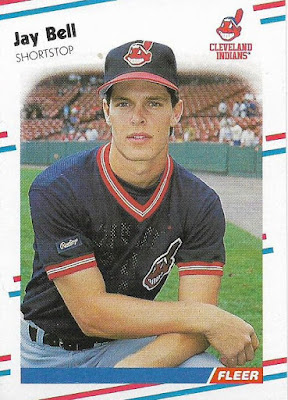 One of the last six cards left in my 1988 Fleer quest. Everyone is expecting big things from Jay Bell. 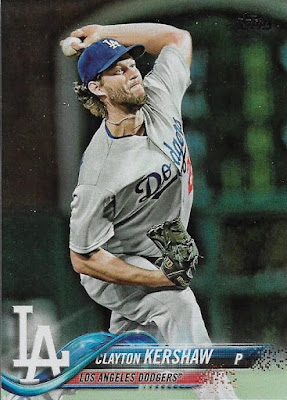 A foil parallel of Clayton Kershaw's 2018 flagship card. I'm ready for the foil parallel craze to end. It outlived its usefulness about three years ago (yeah, I know that's when it started). 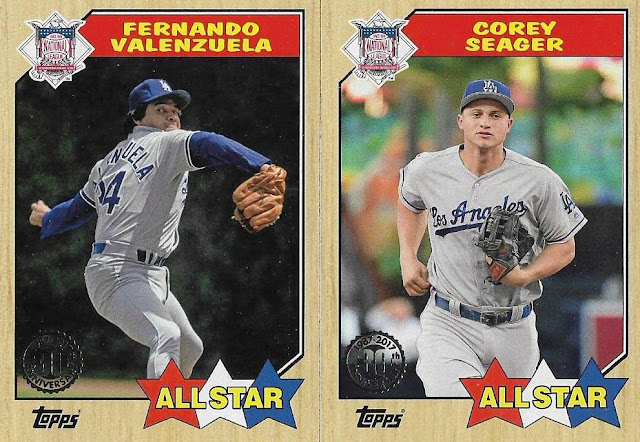 Two '87-themed inserts from 2017 Topps. Time marches on, yet there are always inserts on the want list and odes to '87 Topps. 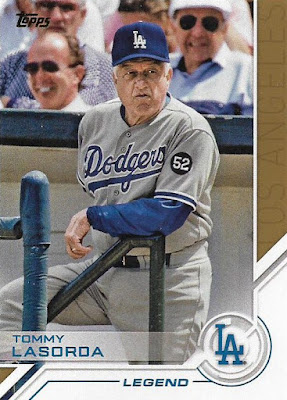 I'll stay with 2017 inserts. Here is a photo of Tommy. This photo was taken during the 1993 season as Lasorda is wearing a "52" patch to memorialize former Dodger reliever Tim Crews who died in a boat crash prior to the season.

Still with the 2017 cards, although parallels now. Two guys no longer with the Dodgers (good riddance to both) and a guy who won't play for a long time. 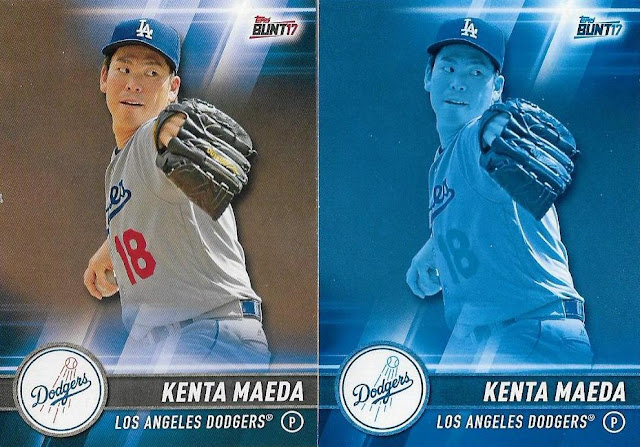 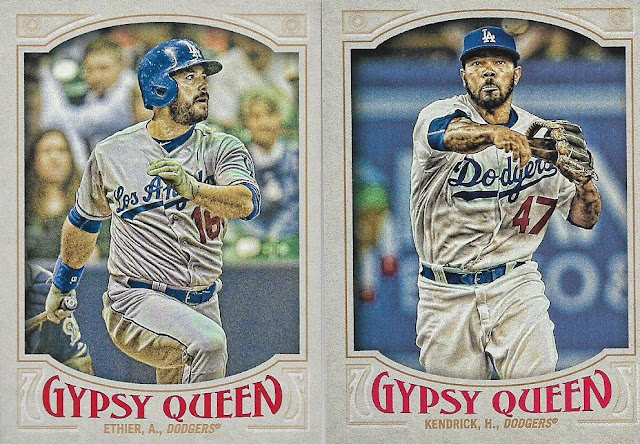 Here are what I call "necessary needs." They aren't favorites, or cards I'll ever look at again once they're catalogued and filed. But they are necessary. 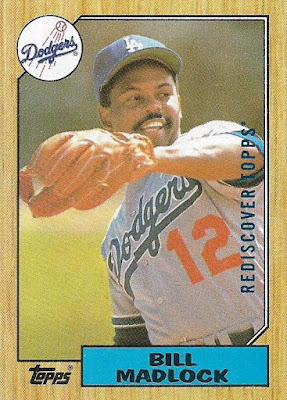 How many collectors/dealers/random flim-flammers are waiting for some innocent to rediscover 1987 Topps? That poor guy will be buried in wood-paneled borders within seconds. 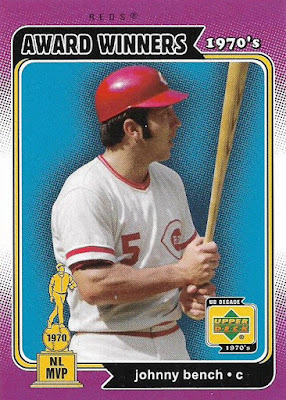 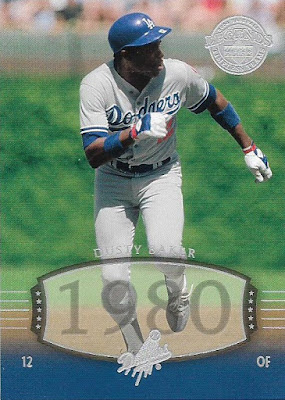 Two of the finest Upper Deck retro sets ever made. Both were beset by time-inappropriate photos -- timeliness was never UD's strong point -- but they're each cool looking and very collectible. 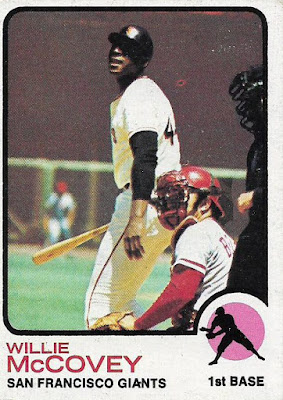 In my quest to complete the 1973 Topps set, I'm coming across many dupes. But it's very useful with '73 Topps because of the wide variety of conditions of these cards. Some '73 Topps cards seem to disintegrate if you just look at them wrong. 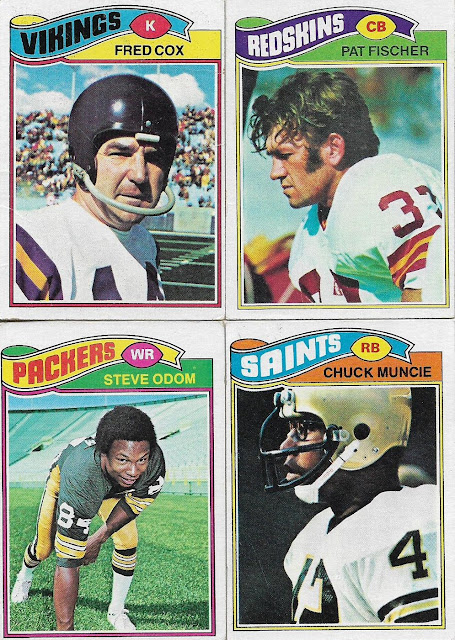 GCA is my 1977 Topps football supplier! These cards will always make me happy. Love the Chuck Muncie card as he later became a San Diego Charger favorite. 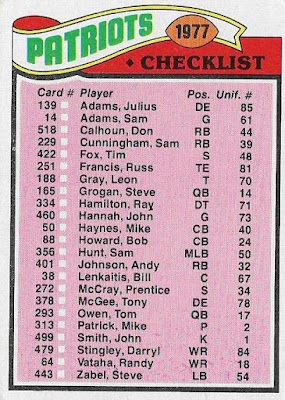 When I was a kid, I would stare at these football team checklists dumb-founded. Where were the team photos? Why was the checklist on the front?

Nobody was there to explain licensing to me. Or 60-man football teams. 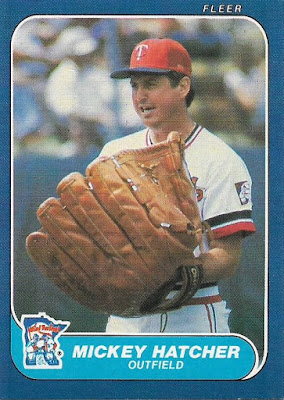 Lastly, here is a card probably everyone owns already. I wasn't collecting Fleer in 1986 or really any cards at all. It finally showed up on my Nebulous 9 list, because, heck, who doesn't want this card?

So, that felt good to spend some time showing some cards.

That's why I try to never take more than a day or two off from this blog. I need this time. Especially in March.

Chris said…
"Lasorda is wearing a "52" patch to memorialize former Dodger reliever Tim Crews" I'm such an idiot..I thought that patch was to memorialize Don Drysdale.

What's going on with Urias? Did he have Tommy John surgery or something? I have an autographed prospect card of Julio and I haven't heard anything about him in a while.
March 4, 2018 at 8:49 PM

night owl said…
He had shoulder surgery last year. The Dodgers are taking their time with his rehab.
March 4, 2018 at 9:11 PM

Kevin said…
I reas your blog quite regularly to the point that when i pull dodger cards out of packs i dont really want i think of you...can you email me your mailing address
March 5, 2018 at 7:53 AM

Fuji said…
Hope March is less dreadful than anticipated. The month I least look forward to is October, so I'll be good for another 6+ months.
March 8, 2018 at 8:43 AM