A few posts ago, I wrote a Blog Bat-Around on all of the various items I collect and in the process exposed what has been an ongoing crisis in my collection.

One of the things I collect is 1970s oddballs, specifically Hostess cards. And I showed some Hostess panels, which I picked up at the most recent area card show (way back in October).

Back on that post, I mentioned that those Hostess panels, as great as they are, would soon be cut into the more typical cards, as the dotted lines suggest. Whenever I obtain sheets or panels or what have you, the mission always is to reduce it down to its purest card form. I'm about the pure card, not the panel or sheet or box.

Or so I thought.

It's now been five months since I purchased those Hostess panels. And none of them are cut. 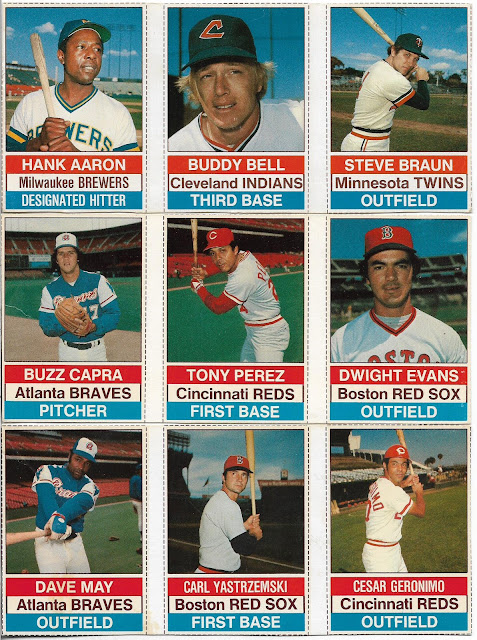 Something about these are simply too cool to alter.

It's not that I fear I'd make a mess of them. I'm sure I'd cut them straight and true. Yeah, I'd be a tad nervous, but I think I could get them all approximately the same size. I'm not some sugar-spaz 9-year-old kid anymore.

But I still can't do it. 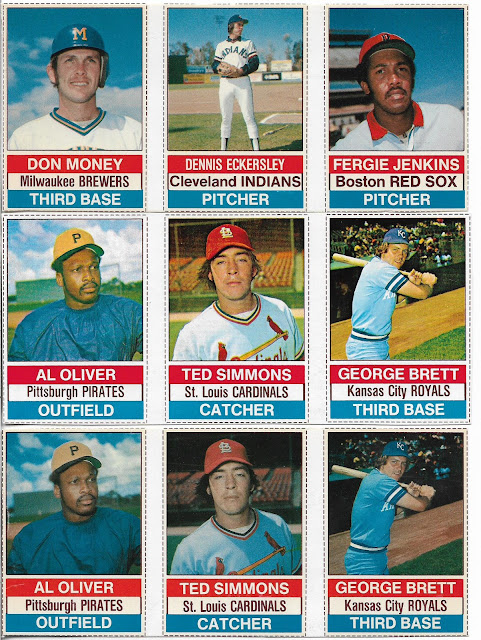 They seem much more special in their untrimmed state.

Then I was reading someone else's blog bat-around. The Fleer Sticker Project mentioned that he owns a complete run (1975-79) of Hostess panels. Man, so jealous of that, and they look, so, so, so, so, so, so, awesome. 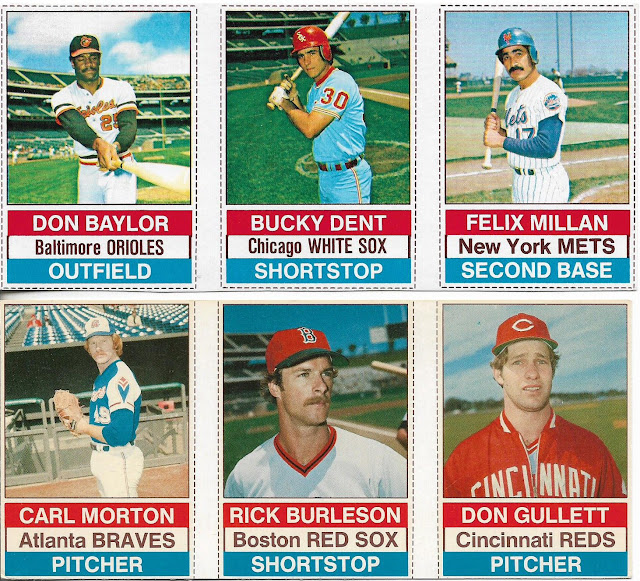 That would kick serious oddball ass. 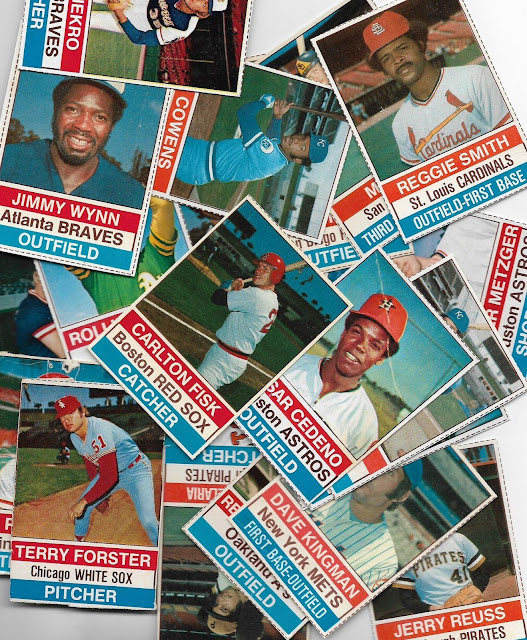 I already have these. A bunch of previously-trimmed 1976 Hostess cards.

Do I collect a trimmed set AND a panel set because I don't have the guts to cut the panels?

And what about these? 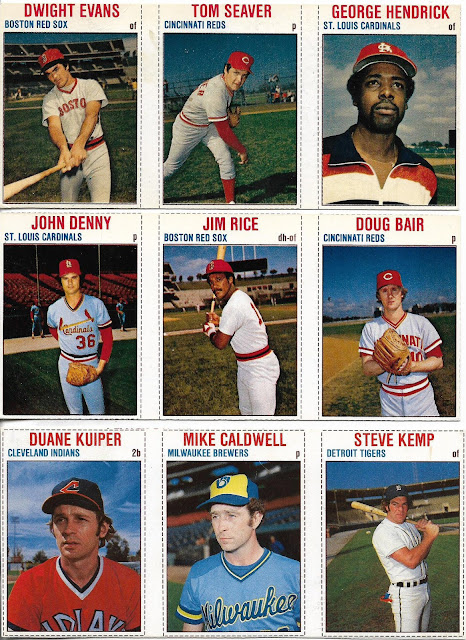 Do I maybe cut all the '76 Hostess panels because I have so many already-cut '76 Hostess cards and then keep the '79 panels intact?

I just don't know what I want yet.

I'll let you know when I figure it out.

Mark Hoyle said…
I would leave them uncut. I think they fit in the three pocket horizontal pages. If you need some I can get them from my local guy
March 19, 2018 at 8:03 PM

Nick Vossbrink said…
Collect both but consider the set "complete" when you have the whole checklist between panels and cards.

acrackedbat said…
gotta say I like the idea of panels. I wouldn't dare cut them were they mine. I'm prone to spasms, which always occur at the worst possible moment. keeping scissors at bay!
March 19, 2018 at 8:21 PM

steelehere said…
Collect both. Consider one normal size and one 'Minis'. Plus as a bonus, you can collect the Hostess Twinkie versions which were individual cards.
March 19, 2018 at 8:45 PM

Fleerfan said…
My vote is don't cut. You can always cut them later, but once you cut, the panel is gone forever. I keep them in the 3 pocket pages which you can pick up off Amazon:

Billy Kingsley said…
Probably my second biggest regret in the hobby was separating the panel sets that I did- the SI for Kids cards and the 1996-97 NBA mini cards...and one of the Quads in 1996 Skybox USA basketball.

Anonymous said…
I think this is a situation where one has to think beyond one's own lifetime... Someone in the 1970's had the foresight to not cut them into individual cards, it'd be a shame to undo that 40 years later and take a panel away from future collectors.
March 20, 2018 at 6:41 AM