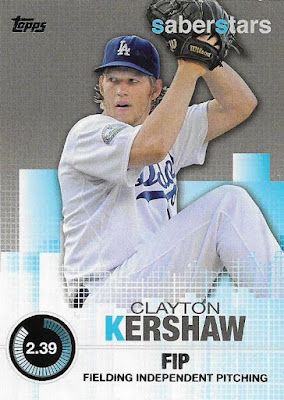 I know I give the impression on here that all I care about is getting cards I didn't have.

For the most part, when someone sends me cards, I feature only the cards that I needed. (Although there have been plenty of instances in which I've shown a card I thought I needed but actually already own).

But that's mostly for my own purposes. I don't want to bore myself on here and sometimes coming up with something interesting to say about dupes isn't easy.

The impression I give and the way I feel are two different things. In actuality, I'm just happy somebody sent me something. Really. After all these years. Somebody is sending me something and paying the postage out of their own free will. To little ol' night owl. Gosh, golly gee shucks.

The rest is icing. No matter what cards are inside, I've already won. I may get a little more excited over cards I've been missing for a long time, but the package on my desk says "you're a winner," regardless.

The other day I received an envelope from Sportscards From The Dollar Store. It's been awhile since Doug and I swapped cards. But this Supertraders thing is reviving a few stagnating relationships.

I was happy to see the envelope because I really do have some cards I need to send off to the Canadian dollar store where Doug resides (that's the picture in my head anyway).

The cards I pulled out of the envelope were pretty cool, even though I owned virtually all of them already. 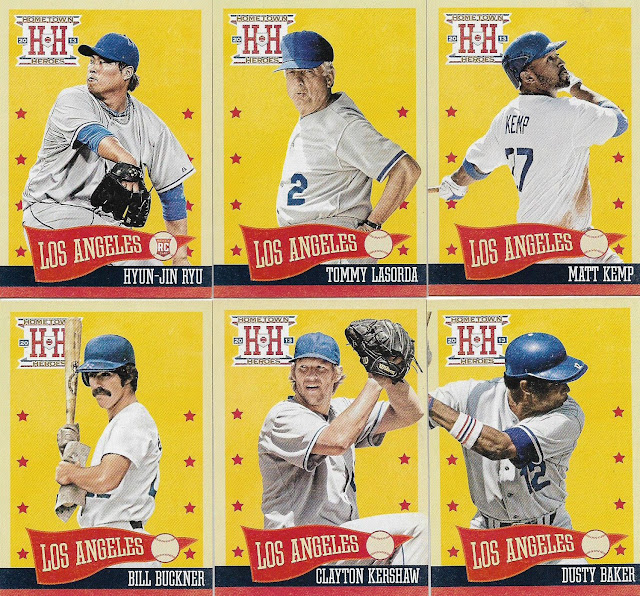 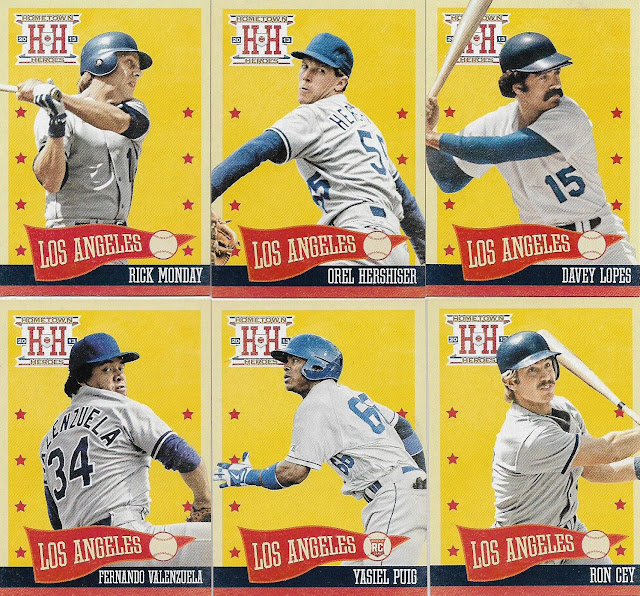 This is the entire team set from Panini's Hometown Heroes, by far my favorite set that Panini has ever done. I wish I knew this was coming. I could have saved myself some trouble gathering all of these.

However, these will come in handy if I do try to complete this set, which is a possibility. 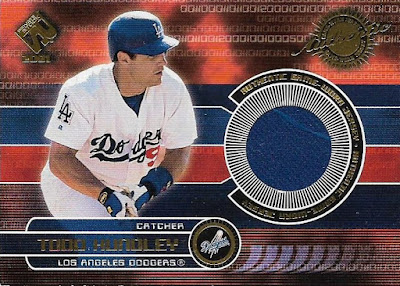 Yes, I have this relic already. But not one with a stray blue thread dangling from the card. That makes it a 1/1 I believe. 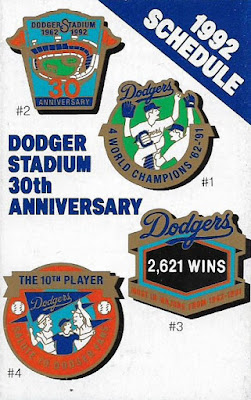 This is a pocket schedule, not a card. But I didn't have it! This schedule had no idea what was in store for the Dodgers in 1992. Not a year worth commemorating at all. The Dodgers' first last place team in decades.

There was one card in the package that I didn't already have. 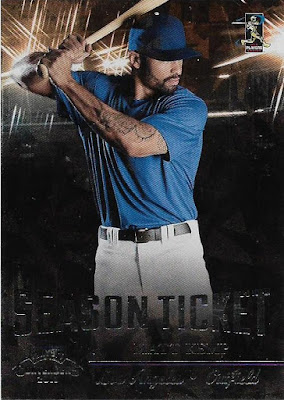 You can't see it, but this is the "cracked ice" parallel of this Playoff Contenders Matt Kemp card. Heck, I don't even have the regular version of this card.

And because of that I'm quite happy about that. Matt Kemp in his underoos top and all.

The other cards, no doubt, will find their way to other Dodgers collectors and that comes in awfully handy, too.