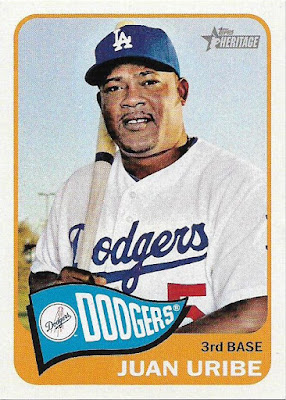 If you know the work of comedian Louis CK then you know the blog title reference and you may have his whole routine that includes that phrase memorized. I know I do. It resonates with me because, yeah, I'm part of the older generation now looking down on the "generation of spoiled idiots."

Of course, "everything's amazing and nobody's happy" is now a saying on a T-shirt, and it will take you all of 20 seconds on youtube to find his bit on the old Conan O'Brien show. You can also -- if you really want to waste some time -- read the moronic comments on the video in which people demonstrate exactly what Louis CK is talking about by complaining that he is only funny because the interview/routine is scripted.

OK, noncontributing zero, who scripted it? And how much did you pay to view it? And why am I reading the comments?????

But I am not above being ungrateful. There have been times when I haven't appreciated the amazing in my life, the amazing people in my life. It happens.

It's happened on the card blogs, too.

For years now, David of Tribe Cards, the man who was the first to sent me cards through the mail just because, has been conducting free giveaways. That's basically why his blog exists. To give away cards.

The last three years, he has more or less been opening a different pack a day and distributing the contents to those who have entered. Then he raffles off the unclaimed cards, too. All of this seems to take an amazing amount of time, effort and money, and I've said more than once how impressed I am with what he is doing.

Distributing the cards seems to be the most difficult part, and I certainly understand. When I have five card packages to mail out -- as I do now -- I am forever stalling. Sometimes I'll even do yard work before I finish packaging up a mere three envelopes. I don't know what my behavior would be if I had to package up 30 or more envelopes at once.

Yet, there is that tiny part of me, that noncontributing zero part of me that keeps thinking, "when do I get my cards?"

Back in 2014, the first year of the giveaway, David pulled this for me: 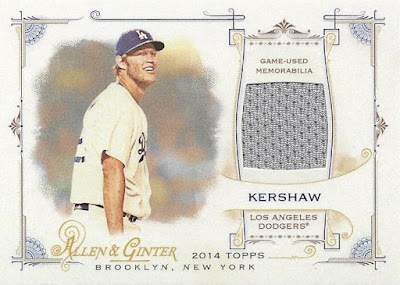 I couldn't believe my luck. David doesn't open anything super fancy during his Pack a Day Circus giveaways, because like just about all of us, he isn't made of money. So I was shocked that he pulled this.

And then I waited for it. And waited.

Most of the time, I was fine with that. It was a giveaway. I was aware how busy he was. He'll get to it. I've gotten cards from him plenty of times. It's not a big deal. It's not even a big deal if I never get the card.

But that was too much for the noncontributing zero to hear. "You WON that card," it said. "When are you gonna git that card?"

There's a line in Louis CK's bit where he says about an airline passenger, "How quickly the world owes him something he knew existed only 10 seconds ago."

That was me and the Kershaw relic.

I don't feel good about that.

So, you know what?

I forgot about it. It left my brain. For months. Maybe even a year.

Then, a few weeks ago, David announced he was sending out those cards from 2014, along with what he had pulled this year, too. I got that package in the mail a couple of days ago, and when the Kershaw relic showed up, I said "oh, yeeeeeaahhhhhhh, I remember that!" I was surprised all over again.

That's what happens when you're not obsessed with gimme, gimme all the time. 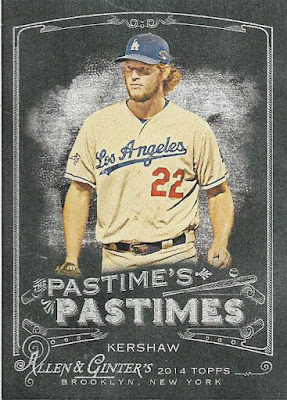 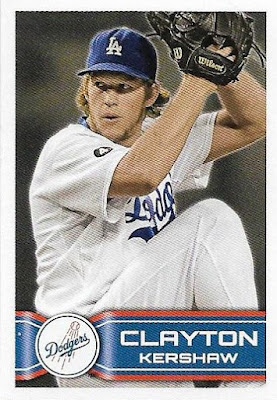 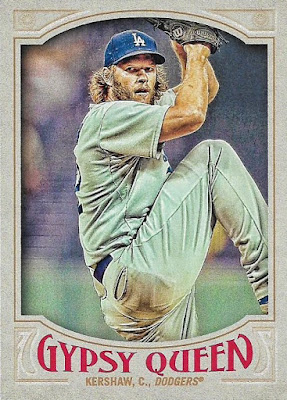 There were several other Kershaws in the package -- good thing I picked him when Dave was asking for players we wanted, huh? These are three that I needed, including my first look at this year's Gypsy Queen Kershaw. It's not bad. The design is only mildly upsetting this year. 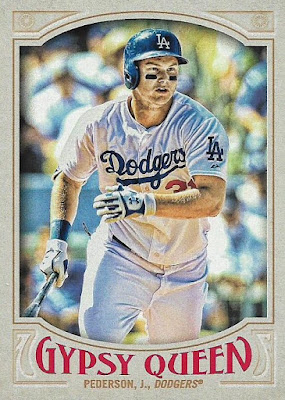 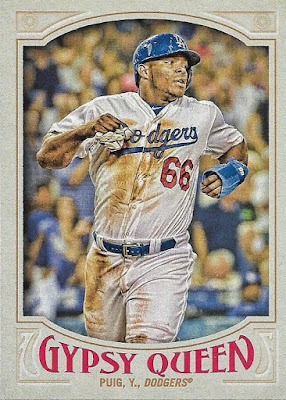 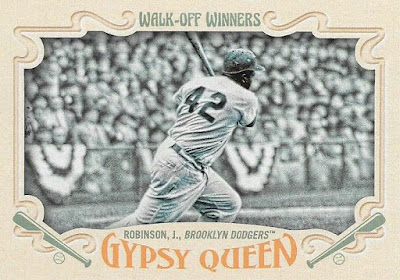 More 2016 GQ. The Walk-Off Winners card is pretty nice. The back informs you that Jackie Robinson played in the era "before the term walk-off was termed." Yeah, so did the teenager in my house. So what? 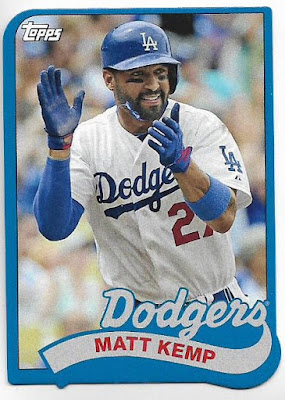 The best cards in this giveaway are the items that have been elusive so long, not because they're rare or anything, but just because they've snuck through the cracks. This is one of those cards.

There were lots of Hanley Ramirez cards. I apparently asked for Ramirez as one of my players. I don't remember. 2014 has pretty much left my brain. 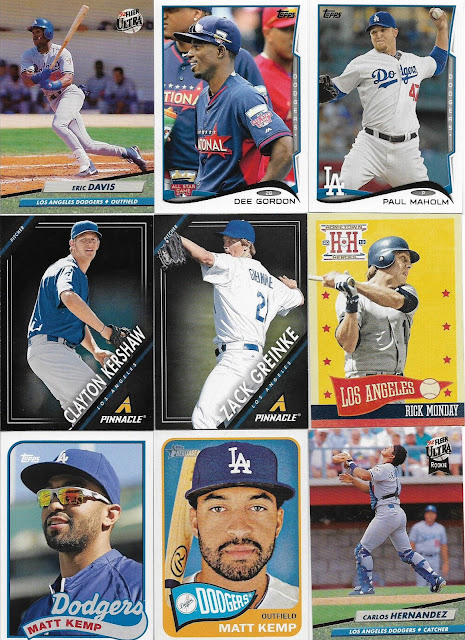 These are here just to give you an idea of the assorted goodies that Dave sent.

I have to say that I enjoyed these a lot more once I let go of the "when are these free cards going to GET HERE?"

I like to think that I'm more grateful than I once was. But I'm still working on that when it comes to cards.

But at least you'll never catch me complaining that my phone is too slow. Like Louis CK, I remember when the phone made sparks when you dialed a number. We're pretty much the same age.

Get off our lawns.

JediJeff said…
I'm willing to endure the mental tomatoes thrown at me for this statement:

Louis C.K. is not funny. At all. I think I have cracked a smile once at a joke of his. I know funny, and he isn't it.

night owl said…
I don't know how that's possible. I laugh so hard at his stuff I have to wipe up spit. I am now questioning every statement you have made based on this one comment.
May 18, 2016 at 8:59 PM

Mike Matson said…
Speaking of free cards.. I got the stack of 87 Topps in the mail a couple days ago.. I'm actually featuring them in my blog post tonight before I go to bed..

That said, humor is fairly subjective. I think Louis CK is funny, but not wiping up spit funny. Lewis Black, to me, is funnier. Now, early Sam Kinison may be the funniest person I've ever seen. The first time I saw him, I laughed so hard, I could not breathe and very nearly passed out from the lack of oxygen. True story. But that's me. But I also know people who feel there hasn't been anyone funny since Abbott & Costello--who were most certainly funny--and you'll never convince them otherwise. Then you have people like Andy Kaufman who some proclaimed a genius while I was scratching my head saying, "I don't get it." And the retort was, "THAT'S what makes him a genius." Really? OK, if you say so. Me, I don't care if he's a genius; I just want to laugh. And Andy Kaufman never made me laugh.
May 18, 2016 at 10:59 PM

JediJeff said…
You both can feel free to try and change my mind with cardboard.

Anonymous said…
It's a Millenial thing to me. I don't get them, and I'm only a year or so older than technically being considered a millenial. From my perspective, they don't want to put in the effort that I thought was necessary and expected of me 10 years ago. From their perspective I owe them something. Even though I'm their boss. Don't get it.
May 19, 2016 at 9:07 AM

The Junior Junkie said…
CK is fantastic. 'samatter, Jeff? Too real for ya?

Honestly, I understand being the only one not in on the joke with certain comedians. I, for one, can't stand Jeff Dunham or that "I'm not fat I'm fluffy" guy. They're both just completely awful.

Louie, on the other hand, is a modern-day George Carlin. And his show on FX is as good as if not better then Curb Your Enthusiasm.

Fuji said…
I enjoy Louis CK, because he keeps things real and makes me question myself with most of his routines. As for cards... that 92FU Hernandez reminded me of just how much I like that set. Solid design. Great photography. And a high percentage of ballplayers with arms, legs, hats, bats, and gloves intact.
May 20, 2016 at 9:16 AM