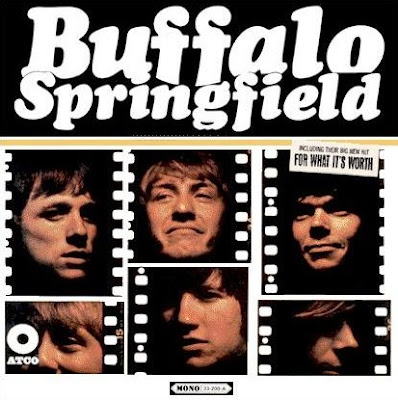 My decision to rename this series, formerly known as "One and Done," to "One-Card Wonders" is a stroke of fortune.

I can now gear my research regarding which players received one card -- and one card only -- toward particular years and focus on the music one-hit wonders from that particular year. That way I get to play music when I'm doing the post, and confining each post to a single year will mean this series will last until we're all sick of Night Owl Cards! (Yeah, some of you are sick of me already, but you're not reading anymore anyway).

This is an exciting development.

Even though I initially planned to focus on years when I collected cards, at least at the start, I decided to go back in time a bit, to 1967. The year '67 is a strange and unfamiliar one for me in terms of cards. I'm still figuring out who is in the 1967 Topps set and the names do not roll off the tongue as they did in, say, 1979.

One-hit wonders often stand the test of time. One trip up the charts is all it takes to last a lifetime in the brain. But you need more than one baseball card to make an impact in the hobby.

Take, for example, these one-hit wonders from 1967:

I know all of those songs. "For What It's Worth," obviously, is a classic of its time. But the others are familiar, even if the artists aren't. Several of those songs are sitting in a dusty box on a cassette tape or two.

Now let's look at the One-Card Wonders of 1967. These guys had just this one card, they weren't on any three- or four-card rookie card, etc. (if they appear on a minor league card or some oddball issue like TCMA, I don't count that.

If you're a Cubs fan of a certain age, you may know Arnold Earley and Ron Campbell. Same with an A's fan and Ossie Chavarria or a Phillies fan and Doug Clemens. But I couldn't tell you a thing about any of those players and I'm sure most collectors or fans couldn't either.

The only one I was aware of before this post is Earley, and that's because his card is an absolute must-have: 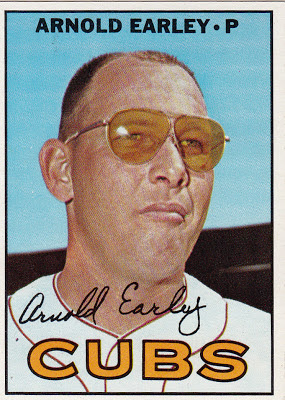 That is almost as unforgettable as "Stop, hey, what's that sound, everybody look what's going down."

But I don't want you to think that every one-hit wonder is more memorable than a one-card wonder.

Let's add 1967 Topps to the other sets I've already researched for one-card wonders:

As always, there is the potential that I have missed a one-card wonder during my research. This is especially true with sets that came before my time, like 1967 Topps. So feel free to let me know if you think I've missed one.

I'm a little more confident with one-hit wonders. Which means I need to have everyone who ever tried to call Procol Harum a one-hit wonder for "Whiter Shade of Pale" to STOP DOING THAT RIGHT NOW.

Jason Presley said…
I think a lot of 50s-60s bands got branded as one-hit wonders in the 80s with the advent of oldies radio. Those oldies stations almost always stuck to the Top 10 or Top 20, but rarely played the lesser known hits. Lesser known only because the radio stations stopped playing them after their first run. I'll take "Whisky Train" over "Whiter Shade of Pale" any day.
May 10, 2016 at 10:21 PM

How the heck do you even do research for this kind of card post? The music is easy... just a few minutes on the internet and you can find several One Hit Wonders lists. However... I have no idea where to begin when it comes down to finding guys with exactly one trading card. This is seriously one of the things that separates your stuff from the rest of us bloggers who look up to you hoping to one day be in your league.

With that being said, here are ten of my favorite one hit wonders that I found on the internet (in no particular order... I'm too lazy to rank them):

a. Take on Me by A-Ha
b. It Takes Two by Rob Base & EZ Rock
c. In a Big Country by Big Country
d. Somebody's Watching Me by Rockwell
e. Bittersweet Symphony by The Verve
f. Rebirth of Slick by Digable Planets
g. Cars by Gary Numan
h. True by Spandau Ballet
i. Just a Friend by Biz Markie
j. Safety Dance by Men w/o Hats
May 12, 2016 at 7:30 PM

night owl said…
Several of those are not one-hit wonders, including two I mentioned previously (Men Without Hats and A-Ha). But that is now part of this series: to educate on the proper use of the term One-Hit Wonder!
May 12, 2016 at 10:38 PM

Fuji said…
Okay... just took the refresher course and didn't realize The Sun Always Shines on TV actually constituted a hit. Just as I'd never really call Men Without Hats' Pop Goes the World a hit either... but it did reach #20 at one point. Based on the fact that Buffalo Springfield's Rock 'N' Roll Woman reached #44, I figured anything Top 40 is considered a hit... #41 or higher isn't.

Here's an updated list based on my updated knowledge:

c. In a Big Country by Big Country
e. Bittersweet Symphony by The Verve
f. Rebirth of Slick by Digable Planets
g. Cars by Gary Numan
i. Just a Friend by Biz Markie

By the way... here are five more to replace the five I took out:

1. Turning Japanese by The Vapors
2. Believe It or Not (Greatest American Hero theme song) by Joey Scarbury
3. Beds Are Burning by Midnight Oil
4. Major Tom by Peter Schilling
5. Tender Love by Force MD's
May 12, 2016 at 11:44 PM