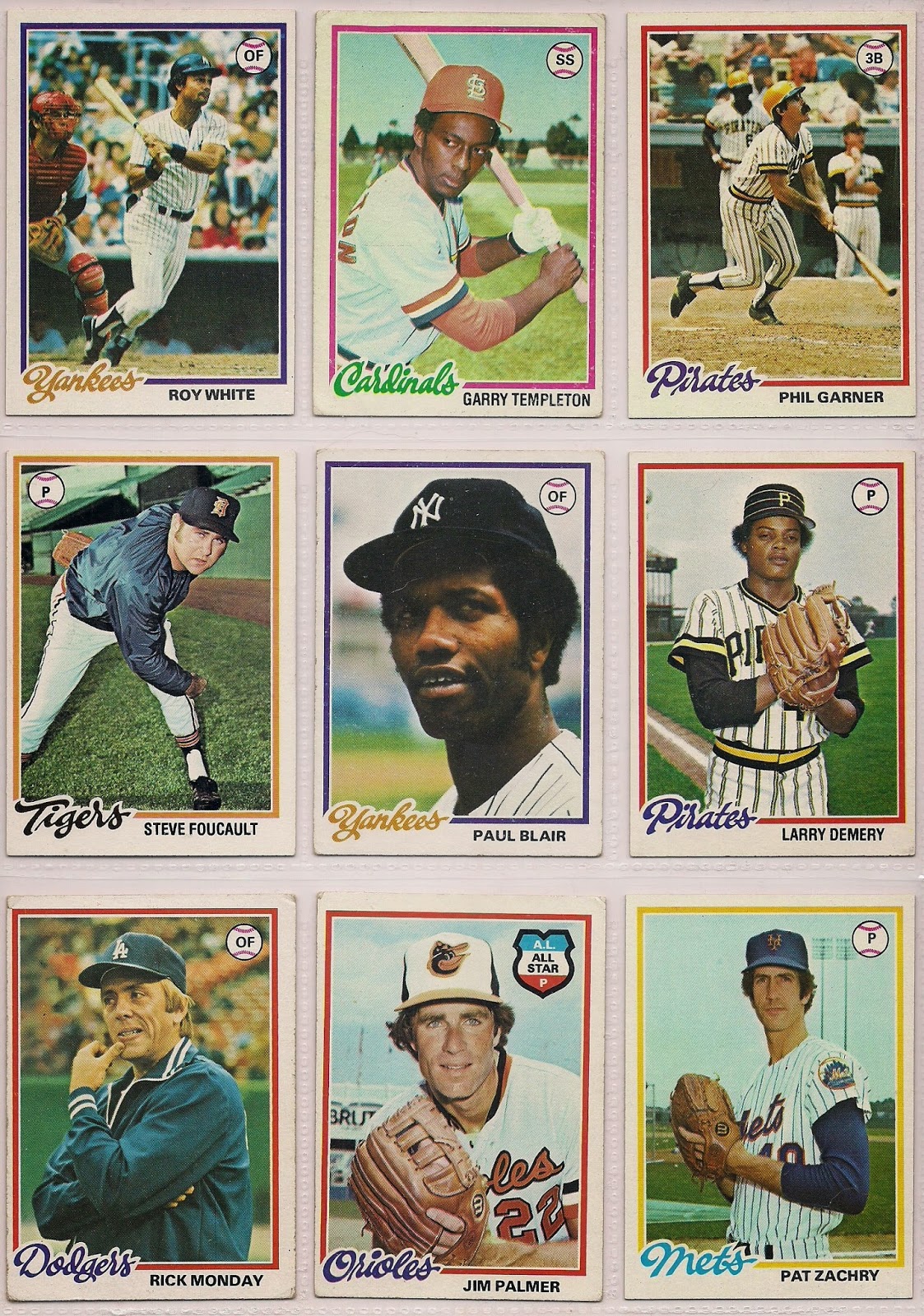 OK, 1970s fans, tell me what these nine cards have in common.

If you collected in the '70s, this should be easy.

The answer is every one of these cards features a home run in the game that you could play on the back of the card! 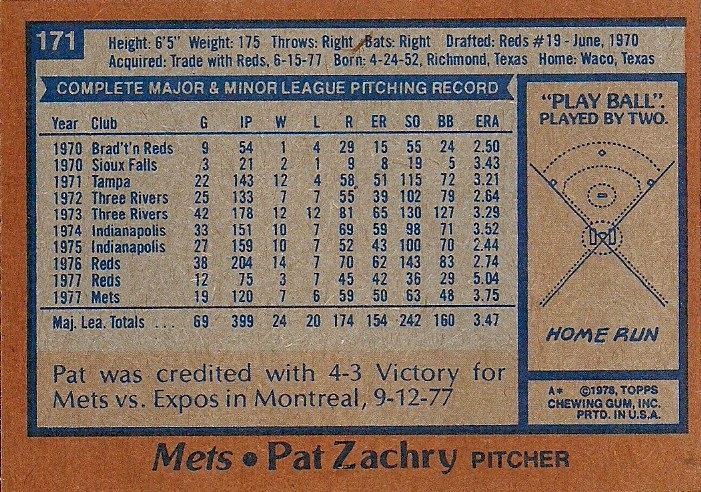 For those who never came across a card from 1978 Topps, it featured a game on the back called "Play Ball". Each player's card displayed a particular baseball play on the back: single, double, triple, strikeout, fly out, ground out, etc.

We played this game many times in 1978 and I even played it once on the blog to answer the nagging question of what would the score be if you played a full nine-inning game from the beginning of the set?

But as I mentioned in that post, there were many other questions that I had regarding the game. For instance, those cards above aren't the only cards with home runs on the back. But how many were in the set?

Well, now I know. Because I counted them.

Which teams have the most? I know that, too.

The Indians, Phillies and Angels each have three cards with home runs featured on the back.

The Braves, Cubs and A's have no cards with a home run on the back.

When we were playing this game as kids we were convinced that there were far more doubles then there should be. So I counted the doubles, too.

There are 28. I don't know if that's a lot or not. I suppose I could count all the singles now to compare.

There are 130 cards with singles. I think. I probably counted that wrong. But at least there are a lot more of those than doubles.

The other thing I was curious about was which team had the most productive cards in the game. My suspicion was the Yankees, since every time I turned over one of those cards it seemed to have an extra-base hit.

I went through every team in the '78 set and played the game with each team to determine how many runs each team would score. I played it like we played it when I was a kid. A single counted one base, a double two. No assuming someone could advance from first to third on a single. No assuming double plays or sacrifice flies. Three outs and that ended the rally.

It turns out the Yankees did OK, accounting for five runs. But they started fast and fizzled out as I got deeper into the set. The top team was a surprise. Here are the results:

There were some other things I came across when I was doing this, like the number of grand slams that occurred (5), and the fact that the Pirates took the longest to reach three outs (card #383 - Mario Mendoza, go figure - was the third out). But I think I've nerded out on this game for long enough. All of the nagging questions that have lingered since 1978 have been answered.

But for those who want to explore more, here is the running tally for each team:

It may not seem like I have a life after all of that, but I promise you that I do.

hiflew said…
The combination of vertical and horizontal stripes on those Pirates uniforms are in the category of "so ugly they are fantastic" in my book. If I were a 70s kid instead of a late 80s kid, I guarantee you that I would have become a Pirates fan.
November 24, 2014 at 9:47 PM

BaseSetCalling said…
I was trying to remember which set had this the other day … don't some other sets have something similar?
November 24, 2014 at 10:17 PM

Zippy Zappy said…
If the Astros actually start earning ten runs a game they might not have to wait until 2017 for their first World Series title.
November 24, 2014 at 11:57 PM

View From the Skybox said…
One argument I hear against modern cards is that they aren't "functional" enough. With every game televised and the internet to fill everyone in on stats, then who needs cards? Something like adding a simple game to today's cards would be too obvious. I'm not talking about a Pokemon-level "Topps Attax" game with insane rules that would turn our ADHD culture away in seconds. Take the exact game from '78 and you've done it. Your cards have an added purpose and incentive for kids to collect.

But that would be silly since handling your cards (much less playing with them) is a sin these days.
November 25, 2014 at 2:48 AM

Ana Lu said…
Really, those were the days..
I think you've already talked about cards being for kids, here in the blog. But I think that even us adults would still play the game would Topps put it back on the card back.
I'm ok with stats but I miss more things like this in the card's back. At least it allows to make great posts like this one.
November 25, 2014 at 4:42 AM