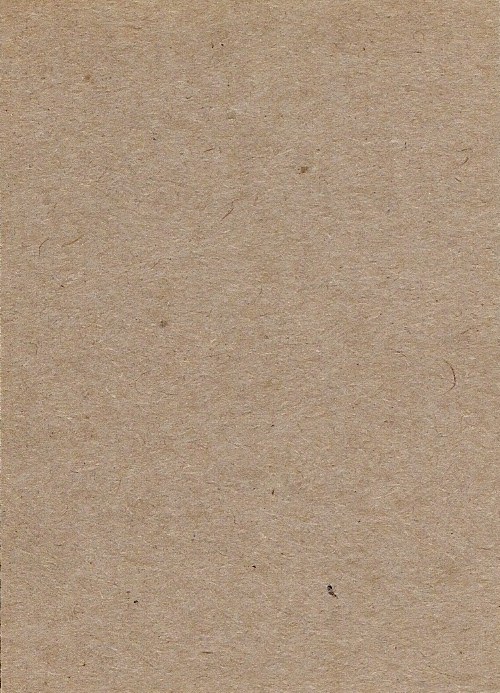 I was buying rack packs of '87 Topps here and there, usually after classes, driving off campus and on my way to my grandmother's. It was then that I pulled a blank-backed card of Tom Nieto. 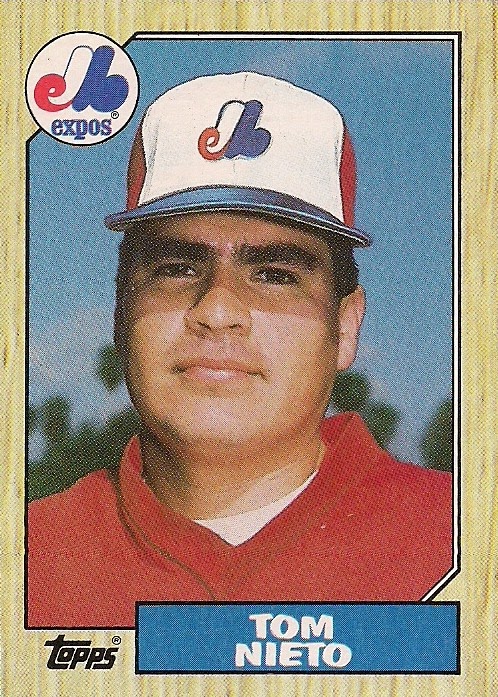 Instead of saying "who the hell is this?", because after all it was Tom Nieto, I said "what the hell is?" because the back was blank.

I didn't like it. I was deprived of the stats and factoids that make a card complete. It was especially important because I had no idea who Tom Nieto was and I wanted to learn. I had half a card here! I was promised a FULL card!

Later -- and I can't remember if it was in the same rack pack or in a different one -- I pulled another blank back. It was another Montreal Expo named Tom. 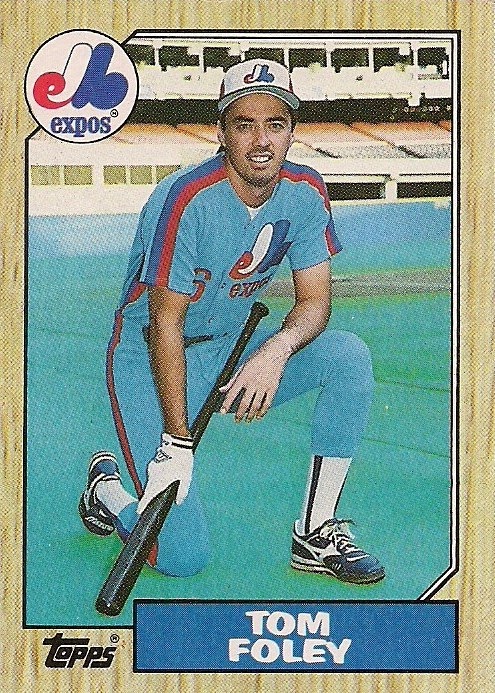 Tom Foley was half a card.

I was flustered. For years, I wanted to pull another '87 Tom Nieto and Tom Foley so I could have a complete version of each of their cards. Of course, I wasn't so obsessed that I had to track one down. But when I finally did pull a second Tom Foley out of a repack years and years later, I celebrated. 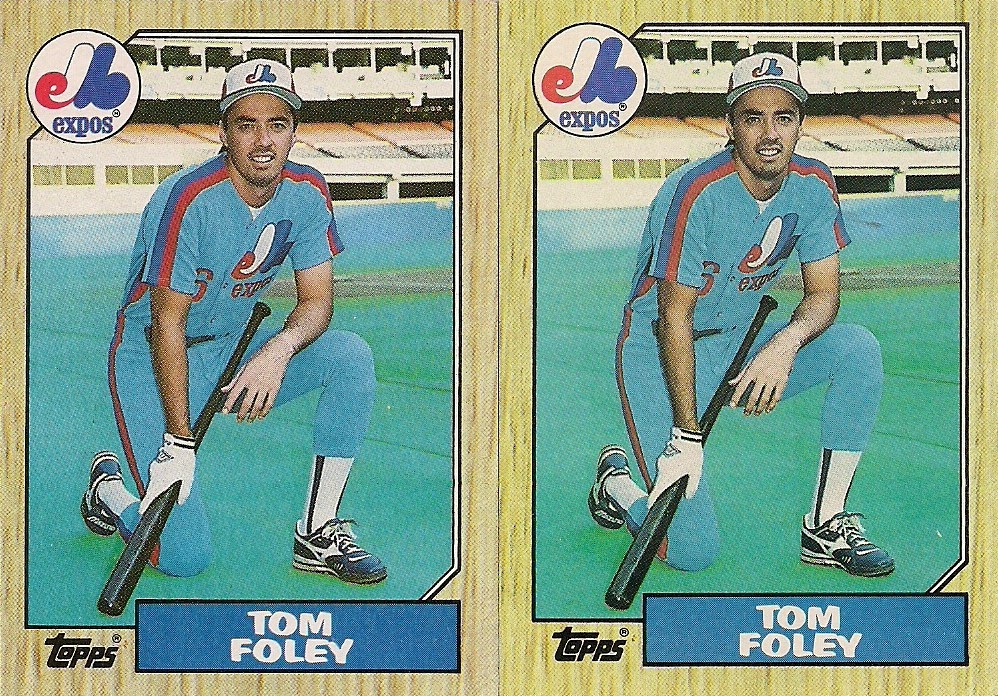 Those are the two '87 Tom Foleys in my collection. 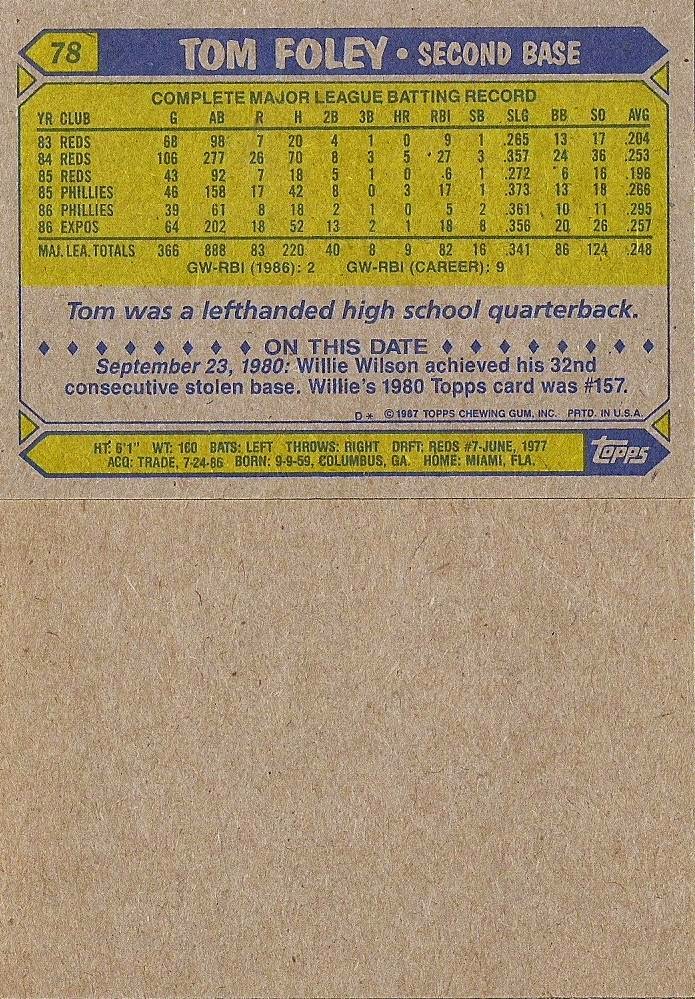 One is blank and one has all of the usual goodies. I went all that time without knowing that Foley threw left-handed as a quarterback in high school, yet was a right-handed second baseman in the majors.

I've yet to acquire a complete '87 Tom Nieto card (or even bother to buy one for the 10 cents it might cost me) and so I still don't know much about him.

But in that time, blank backs have become more of an interest than a nuisance. The blank-back Foley card, which may have been discarded if I found a complete-backed Foley card back in '87, now sits next to the regular Foley with the rest of my '87s.

Blank backs, as you know, have been around for a long time. The '87 set seemed particularly plagued by them. Often they are nothing more than a printing error that escapes into packs. Less frequently (and more expensively), they are proof cards and coveted by some collectors. And if you want to pay some bucks, go on the Topps Vault site and there are blank backs that want your money.

But I was able to find a handful of blank backs through a recent quick trade with Nolan.

Nolan sent me a few Dodgers and also he sent these: 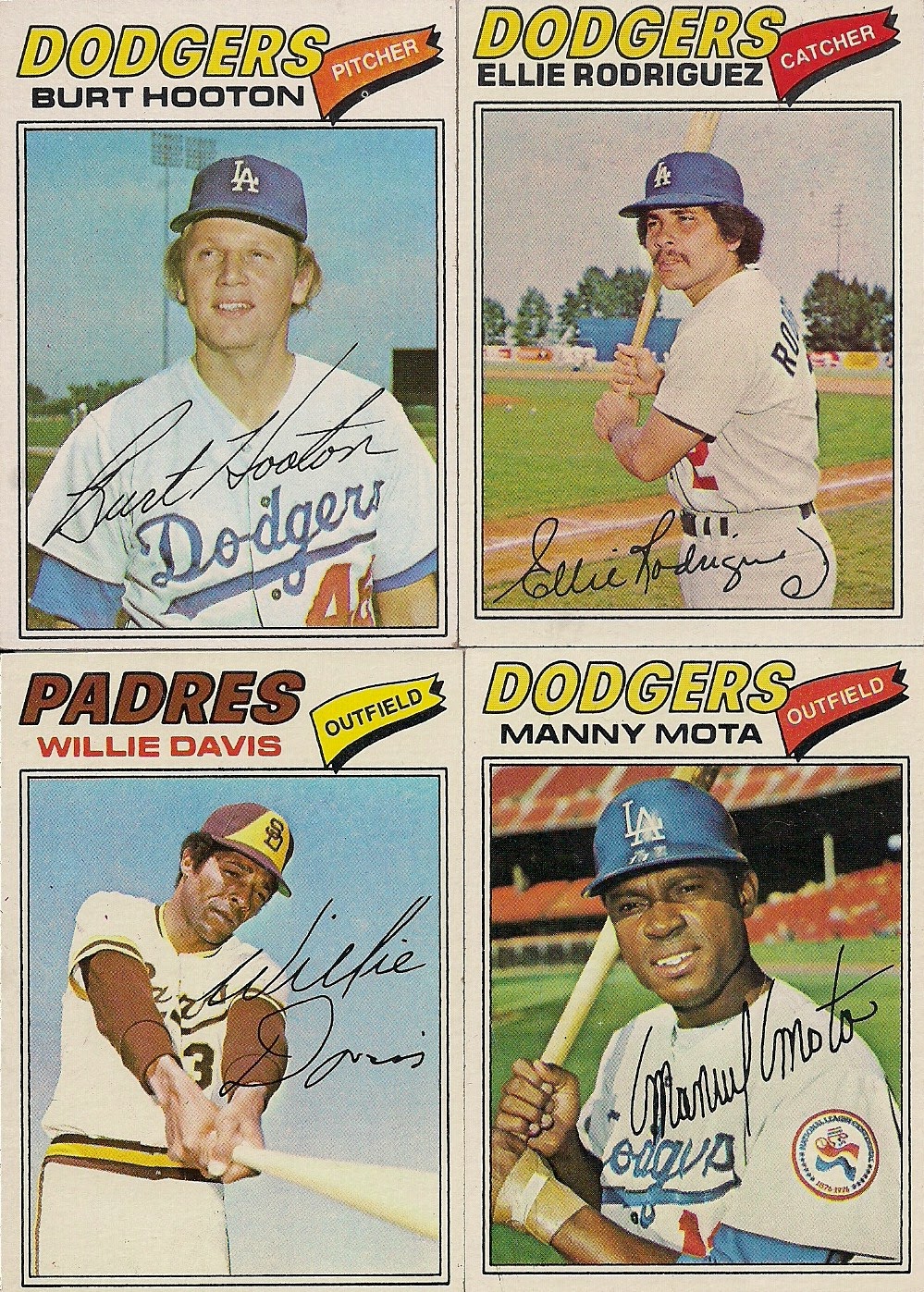 Looks like three Dodgers and an ex-Dodger from 1977 doesn't it?

Well, you're half right. 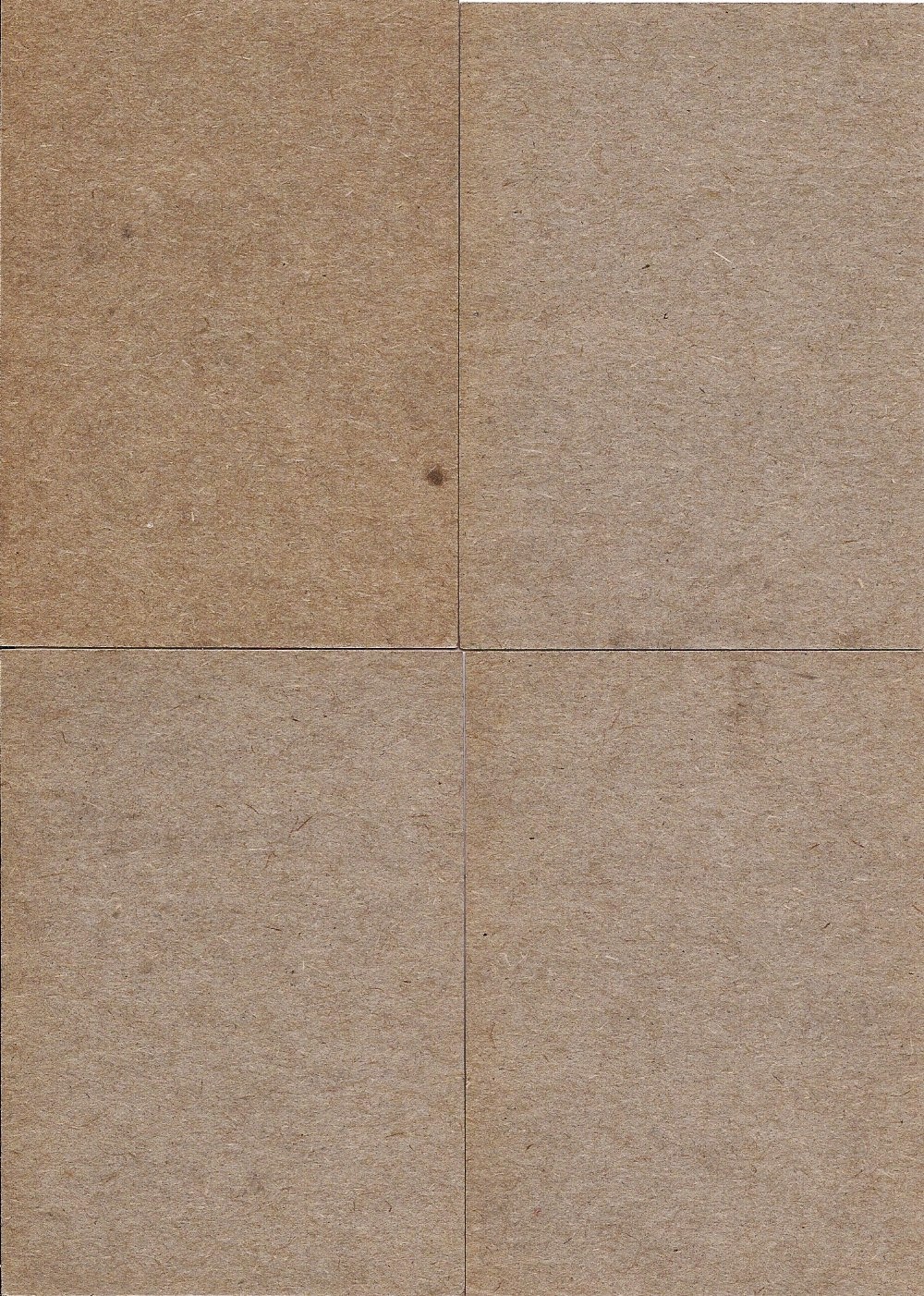 Pretty cool and especially cool since the Rodriguez card was the first Dodger card I pulled back in 1977.

Nolan said he received a bunch of blank backs from an Ebay seller a while back. Probably until I got these I thought of blank backs in packs as an '80s phenomenon. But I guess not.

This is one of those variations that I have no desire to chase. But it's a fun little complement to my Dodger collection.

And, yeah, still looking for a regular-backed Tom Nieto.

(OK, now for those of you who came here because you thought this post was going to be about Taylor Swift going psychotic, here you go. The only kind of drama around here is cardboard drama).

Zippy Zappy said…
Well at least now I know that the blank back 1/1 parallels that are "straight from the Topps Vault" on eBay have been around for a while.
November 23, 2014 at 12:57 AM

Ana Lu said…
I didn't know there were cards like these. In their difference they are cool. Here you just concentrate on the photo an nothing more.
November 24, 2014 at 4:46 AM

Josh D. said…
I was going to be very upset if there wasn't a Taylor Swift reference in there somewhere. Thanks for coming through with it at the end. :-)
November 24, 2014 at 1:14 PM

Anonymous said…
I have a 1983 Topps Reggie Jackson/Gorman Thomas with a blank back. It's a bit strange; the top half of the card is Reggie and the bottom half is Thomas, like half versions of their regular base cards. I've never seen this card anywhere else, and I'm not sure if there is a version with a back. I will try to dig it up and post it on my blog soon.
November 25, 2014 at 5:17 AM