November 06, 2014
(Greetings. Today is "Marooned Without a Compass" Day. The questions you are to ask yourself on this day are: "Do you often find yourself going around in circles? Do you feel hopelessly lost? Do you know where you are?" These are daily questions for me, I don't need to reserve a day. But here's something I'm sure about: baseball cards. Time for Cardboard Appreciation. This is the 215th in a series): 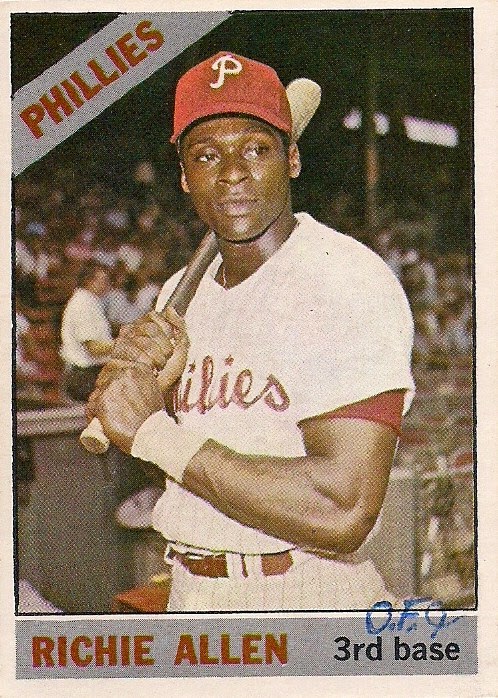 They are old. They are boring. They are filled with capless dudes in crew cuts.

In short, they're like an entire decade of pictures of my dad and his co-workers when they were young. These cards are going to lecture me on the value of hard work any minute now.

It is only recently that my feelings toward 1960s sets has begun to change.

Age has something do with that. But the scrawled-on cards that I picked up at my last card show are helping in my more enlightened viewpoint. Particularly beauties like this 1966 Richie Allen card.

But let's start at the beginning.

The first 1960s cards I ever saw where from the late '60s, Topps cards from 1968 and 1969 that I acquired from a friend of my mine whose older brother collected cards during that time. I liked the cards because they were old. But I wasn't impressed by the design -- a single large circle? Really? And I wasn't impressed by all the blacked out caps and guys who weren't even wearing caps. 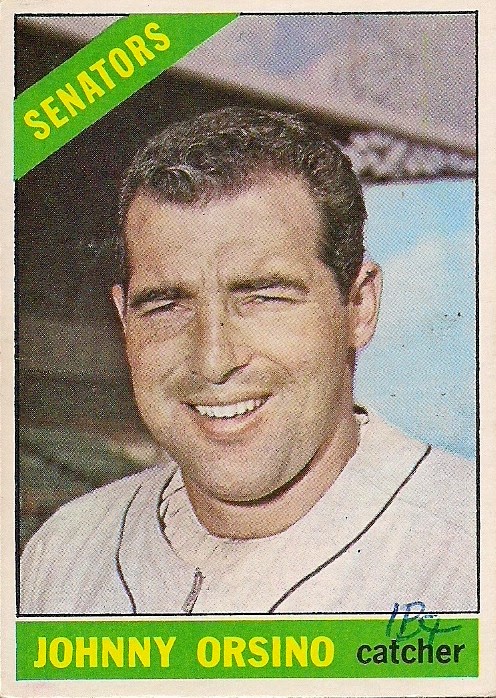 I think if the guys on 1960s cards looked more like baseball players then I would have treated them more favorably. But as a kid I looked at cards like this as if they just put the garbage man's picture on a card. 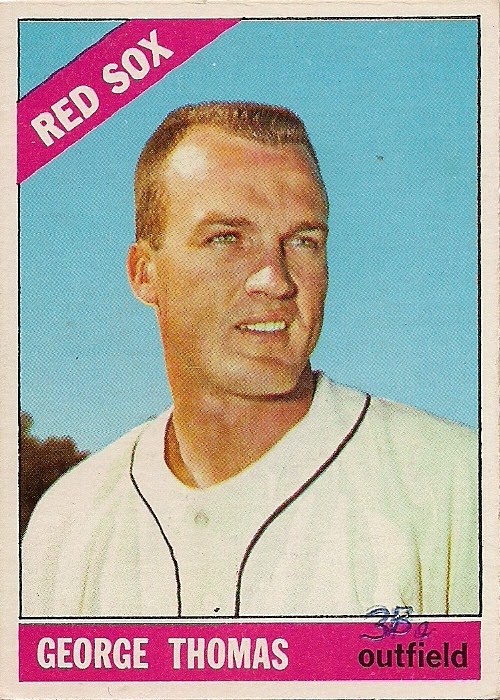 Nothing in this photo tells me that this is a baseball player.

As for 1960s designs, my dim view of those didn't come until later.

Around the late 1970s, I developed an appreciation for card design and I liked the over-the-top 1970s designs the best. I also appreciated understated designs that still had some originality and thought (like 1973 and 1974 Topps). 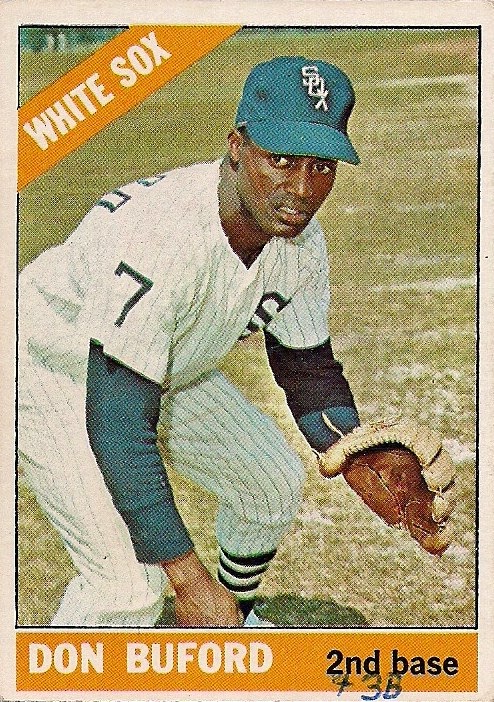 Most 1960s Topps designs appeared to have taken three minutes to develop. Draw a line here. Draw another line there. Done.

I wish I liked 1962 more than I do, because the wood border is an often-copied original. But the design makes the cards and the players look like they should be on a painting on a wall in an 18th century building. They barely look like baseball cards to me.

I enjoy 1960 because it's the rare horizontal set and also because it's colorful as all get-out. It's like the colors are literally pulsing from each card. I respect the 1963 set because the small-photo cameo is inspired, but I don't like the look that much. The 1965 set is genius. It is the 1960s version of "THIS IS A BASEBALL CARD." If there is a template that says "baseball card" use the 1965 design and everyone will know. 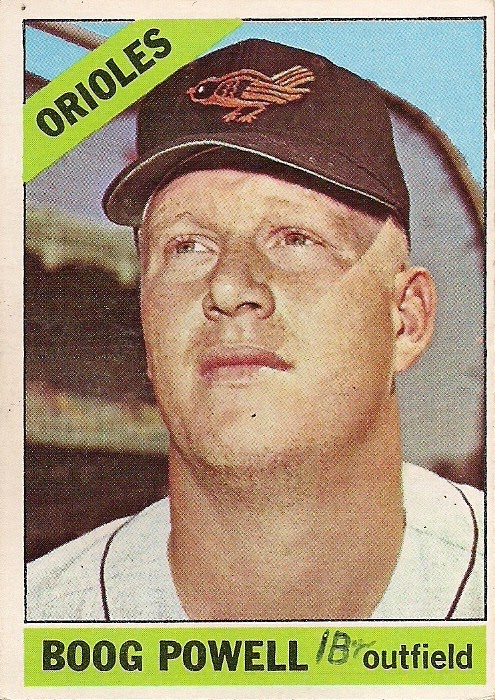 For me, it's been that overlooked, forgotten set of the decade. Much like 1986 Fleer, which I always, always forget exists, the 1966 set is easy to pass over.

The photos are the same as the sets that immediately precede it, but the design doesn't make it very collectible. 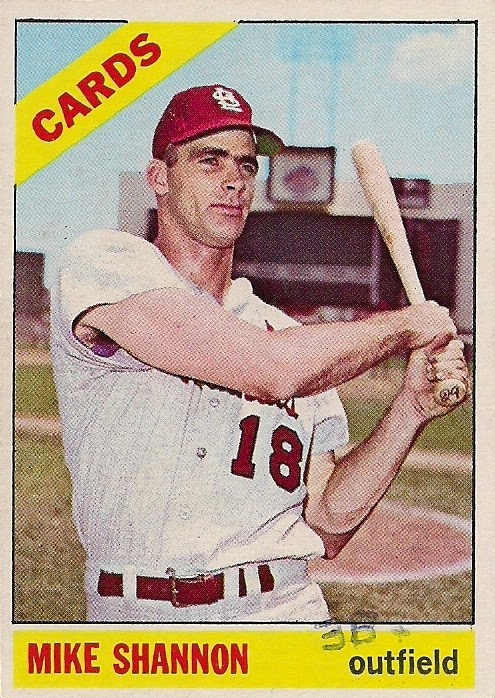 That bad news is that Topps Heritage will be sporting this design in 2015.

As interested as I was in 2014 Heritage because it featured the 1965 design, I grew tired of it rather quickly. Imagine how fast I will tire of 2015 Heritage. 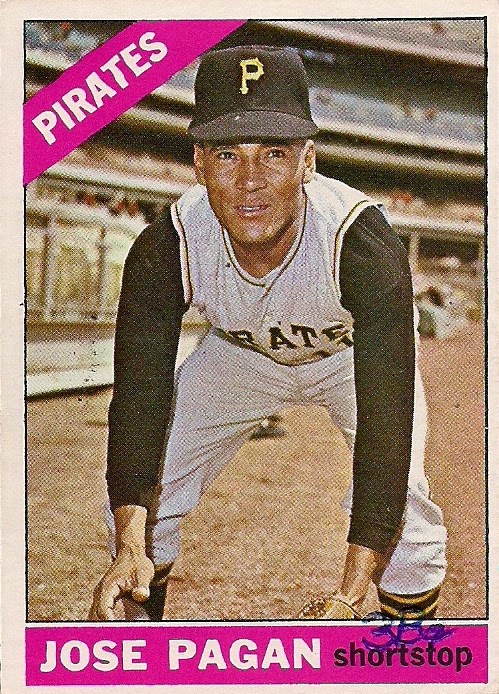 Because I took a chance on these scrawled-on cards, I am developing an appreciation for 1966 Topps. They really do have character.

Maybe it's that thing where hostages feel sympathy for their kidnappers. I brought these '66 Topps into my house and now I've found I have an attachment to them. 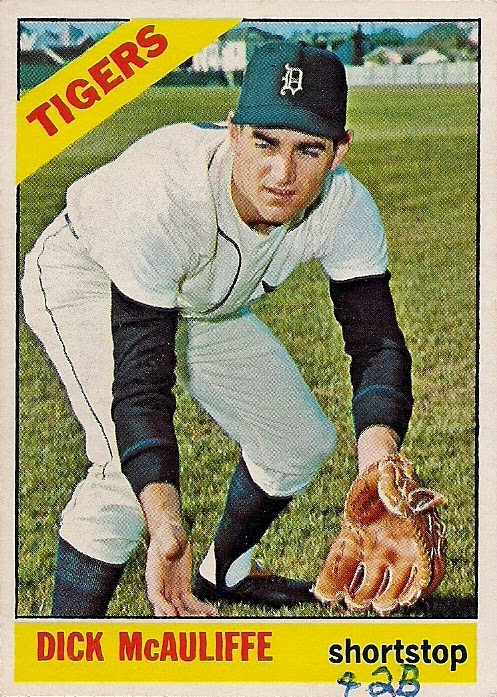 Compare these cards side-by-side with a 2014 Topps flagship card and there is no contest. I will take all of the written-on 1966 Topps you want to provide before I'm interested in an equally random stack of 2014 Topps.

The '66 design may not be inspired, but it's featured on real cardboard. And look how colorful that Dick McAuliffe card is! 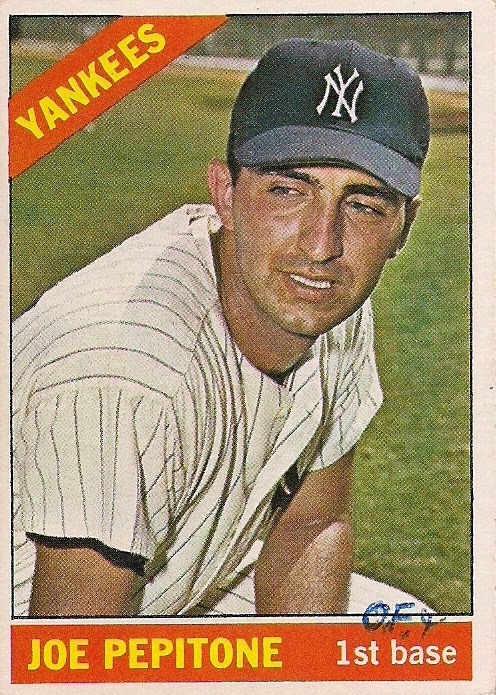 The more I receive randomly, through card packages and card shows, the more I realize that there's something about them that maybe even cards from the '70s and '80s -- my wheelhouse -- cannot touch.

Maybe it's because I'm a dad now. Maybe it's all those Mad Men episodes I've watched. 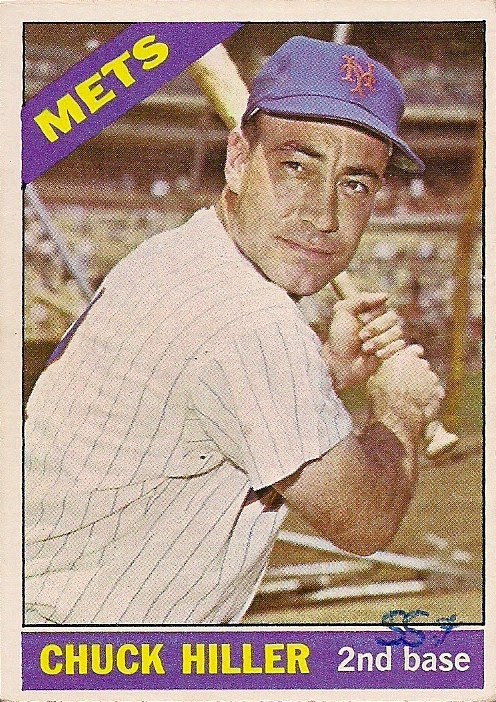 deal said…
1) Must be Dick Allen NIght - just posted his 1967T card over at Phungo. and The above 1966 card was a contender for the cover shot.
2) Maybe it is the power of suggestion but is it me or does Chuck Hiller bear a resemblance to Don Draper?
November 6, 2014 at 8:31 PM

BaseSetCalling said…
Interesting lighting on the Allen card. Overcast day at the ballpark?

I listen to Cardinals broadcasts some and have been thinking about picking up a Mike Shannon card…now I know which one I want.

Stubby said…
I love the '66s. Probably because, although I'd purchased a few packs in 64 and 65, 1966 was the first year I was able to buy a lot and think about putting a set together (didn't get close). But it's also the color. '64, '65, and '66 all had bright colors that were team coded and worked, somehow. As a Mets fan, I dug the purple. And I find few cards as visually appealing as the 66 green and yellow Senators and Giants. The '67s were great, too. Clean, but still with the inappropriate (and therefor perfect) color choices. For the life of me, I can't see how anyone could like the dull, dull, dull designs of the '73s and '74s, and certainly not ahead of the colorful '66s. I'll be buying plenty of Heritage again next year. I don't think the brand will ever get to the 75s, though. I don't think it can survive the '68 design (unless they skip it; I would). The '66s and '67s will do fine. The '69s hold great potential for the brand. I know lots of people don't like the 70s, but I find them criminally under appreciated. '71s and '72s, sure. Even '73, I suppose--dull as dishwater though it is. But, if Heritage survives the '68s, the '74s will kill it for certain. And, frankly, I was never all that high on the completely random colors of the '75s. Just sayin'. Blasphemy, I know. I think 2016 will be the end of the Heritage line.
November 10, 2014 at 4:39 PM