Back in my day 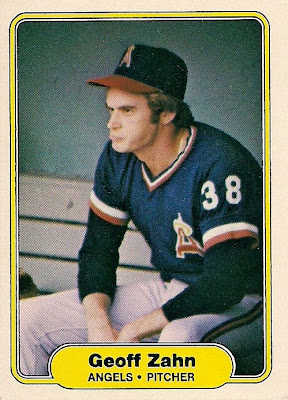 I may not be able to collect cards like I used to, but I still have my ways of repeatedly reminding people of how things once were. Like the time I jumped on my tricycle to buy milk for my folks' goats on the farm. Tricycles were the main means of transportation at the time. Five o'clock rush was a pickle with tricycles lining both lanes of traffic. But during the day, we used to dig up potato bugs in the yard and ride our tricycle to Ed's Mercantile to trade bugs for tassles for our trikes. Another name for bugs in those days were ticks. "Give me two tassles for five ticks," we'd tell Ed. Now, one day I drove my tricycle to Paul's Market and bought a bright, red, shiny wax package of Fleer trading cards. The wrappers were made from real wax from a beehive in the back of the store. Sometimes Paul would invite me into the back to watch as he stood under the humming hive next to a bubbling pot of wax, creating the wrappers right there in the mercantile. "Beet-Face" Paul, we'd call him. Or was it "Red-Welt" Paul? I forget. But anyway ... that reminds me of another story. Sometimes the packages of baseball cards included a stick of bubble gum. But we didn't dare chew it because the gum was as sharp as my Aunt Ginny's tack collection. She had the sharpest tacks around. Why one day she came down the stairs with her tacks and plum spilled all of them down the steps! We had to call the tack man to clean up the mess. And tack men didn't come cheap. Sometimes they cost as much as 20 potato bugs! But where was I? Oh, yes, gum sharp as a tack. The gum was so sharp that sometimes we used it as a dagger when we were out on the streets riding our tricycles. The traffic could get quite rough in those days as some people greased their tricycle wheels with turnip juice. How did they go! Sometimes the only way to stop them was by throwing a shard of gum at their tires. My best friend Jimmy John was the greatest tire-puncturing-gum thrower for 20 counties! But where was I? Oh, yes, Red-Welt Paul. Or was it Beet-Face Paul? Anyway ... I brought that package of Fleer baseball cards home after the wax package had finally cooled enough to touch it. You had to watch for a stray bumble bee coming out of the package, too. Now, back in those days, cards came on real cardboard, the kind that you whippersnappers only see when you're making your hippie signs about cutting down all the trees! You don't know what real cards are anymore! Today's trading cards are as fine as a lizard's hair split three ways. But I digress. After hopping off my tricycle, I cooled my fanny in a mixture of vinegar and pomegranate-scented liniment, to keep from getting tricycle butt. It was a very common affliction of the time. Every home had a few bottles of Vinegar Butt Salve on their shelves. Except for those poor saps on the south side of town. Silly South Siders. They had extra wide chairs. Anyway, while, nibbling on a sprig of sarsaparilla, I carefully opened the freshly cooled package of Fleer baseball cards. And out popped this Geoff Zahn card.

And I thought to myself: "Dadgummit, that looks like an old man getting ready to rant."

Little did I know that I'd be doing the same thing some day.

(I wonder how often people think I sound like Grampa Simpson when I write this blog?)

hiflew said…
Okay we have to come up with a picture of the label from a bottle of Vinegar Butt Salve. If it exists, I might have to forgo collecting cards to collect butt salve labels.

BTW, the first thing I thought while reading was Grampa Simpson and to be honest you were right there with the Simpsons writers in terms of humor. I don't think I could offer a higher compliment.
November 12, 2014 at 7:51 PM