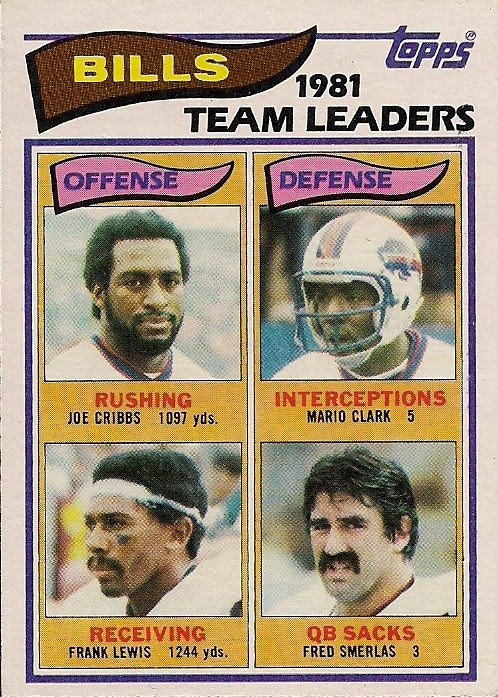 I don't know about you, but for me November has been a weird month, both on the blog and elsewhere.

For one, readership always goes down in November. Always. It's been that way since I first figured out you could calculate such things. I don't know why that is. The weather is almost always crap in November, you'd think people would focus on more sedentary activities.

Third, I'm broke in November. Well, I'm broke a lot of other months out of the year these days, but no money in November has been a constant for the last six years.

Finally, it gets odd for people in November. I don't know if people sense they're getting to the end of the year and they assess their lives and aren't happy with the results, but whatever it is, I sense it. People need to relax.

I say all of this because for me, things are moving along surprisingly smoothly this month. I've kind of struggled throughout the year with blog topics, and I still feel like I'm operating without a net, but I'm having no difficulty writing this month. Stuff is just coming to mind and I'm happy to write it (having both happen at the same time is very key).

And here's another place where the blog is operating smoothly: I'm officially caught up in featuring trade packages.

OK, so a lot of that has to do with the fact that I don't have any money to send out cards, so there's none coming in either. But I'll ignore that so I can show you these ones and act like I'm buried in yellow envelopes. 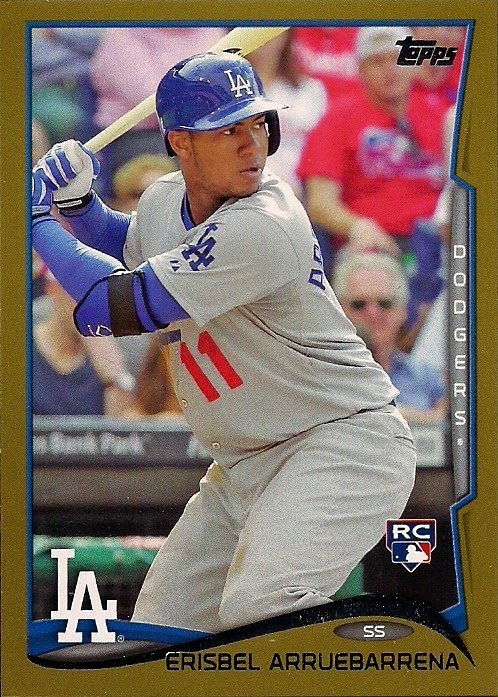 This card and the next two are from Ryan of "O" No!!! Another Orioles Blog. He found time to send me these while keeping his card storage area in immaculately organized shape. If my cards were organized so expertly, there's no way I'd be blogging. I'd have no time. 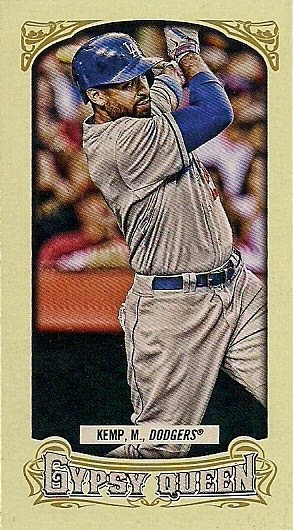 The other two cards are Matt Kemps. This is a mini from this year's Gypsy Queen. I have nothing else to say about it except that I really wish GQ would just give up. 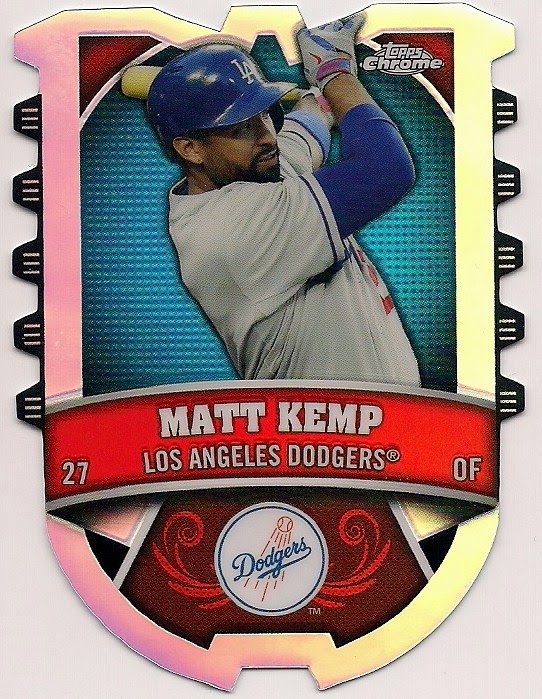 Isn't that wild? This diecut from Topps Chrome is so crazy that it took me several days to notice that the picture is the exact same one from the Gypsy Queen card (one of the most irritating things that Topps does these days). 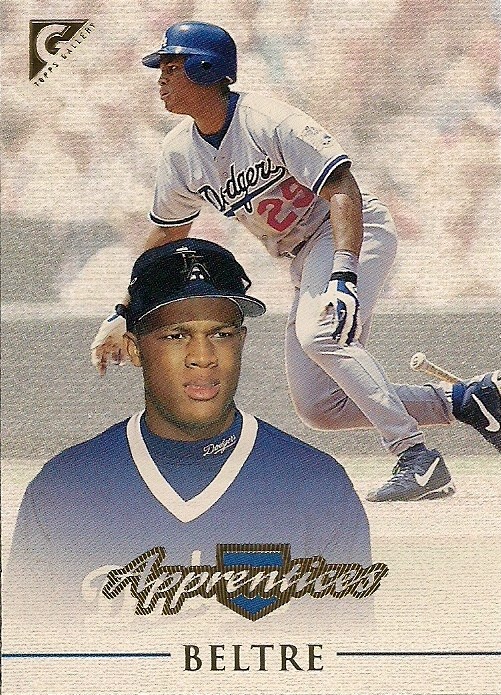 This 1999 Topps Gallery card of Adrian Beltre arrived from Paul of Paul's Random Stuff. He sent me two Beltres in a PWE just because.

This one I needed, and the other one I had. I'd show that one here, too, but it's foil board and they haven't found a scanner that can present those in a manner worth looking at, so let's skip it. If you have a dust fetish, I can send you a scan via email. 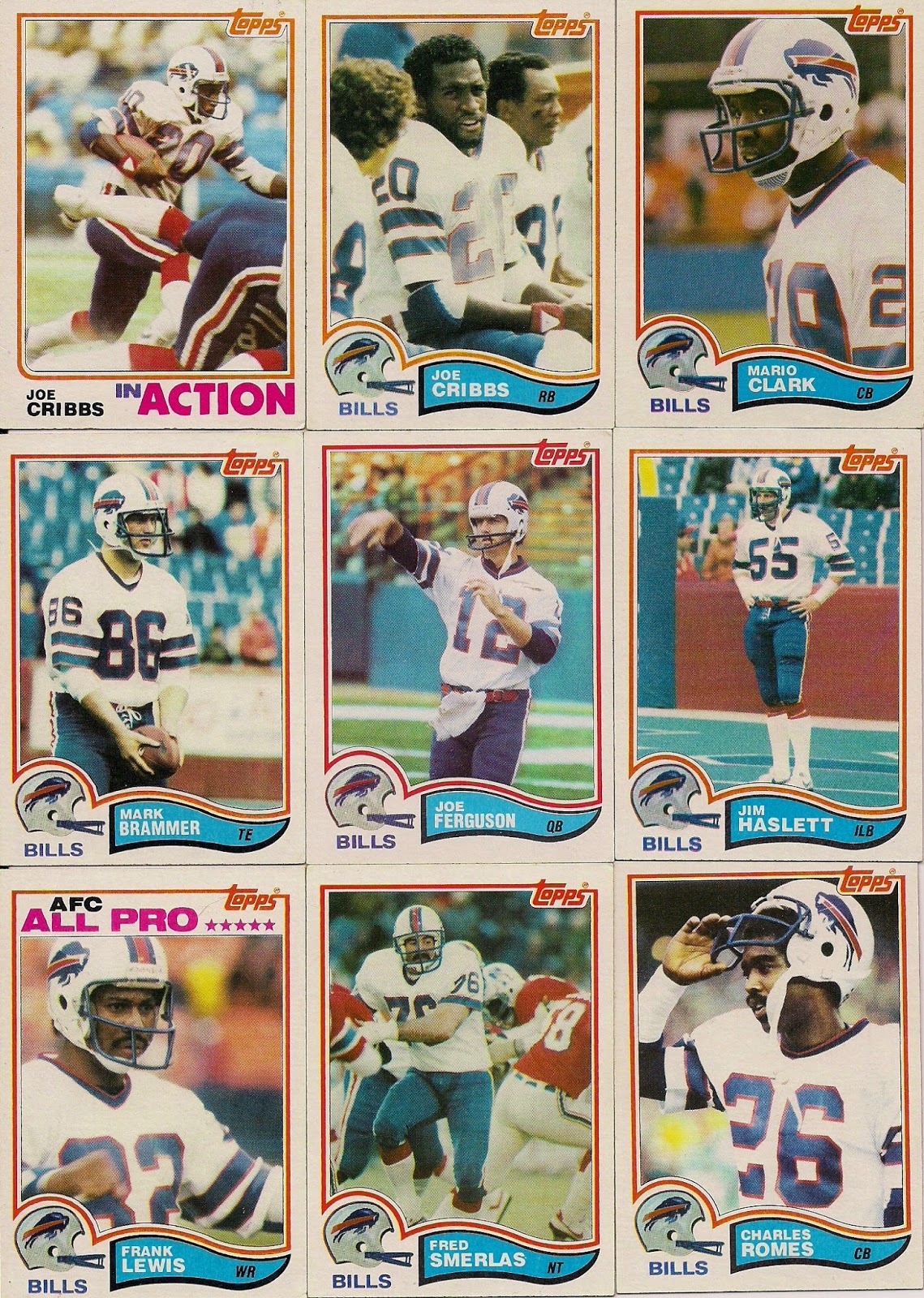 These Bills cards arrived from Jeff at One Man's Junk (Wax). He wanted to know if I had an interest in any early '80s Bills cards.

I pretty much ignored football completely during my high school years, so early '80s Bills don't mean much to me, but I do know the names. And with these 1982 Topps Bills, I realize that all that 1983 Topps baseball is is the child of 1963 Topps baseball and 1982 Topps football.

I'm disappointed. It's kind of like knowing how the sausage is made. 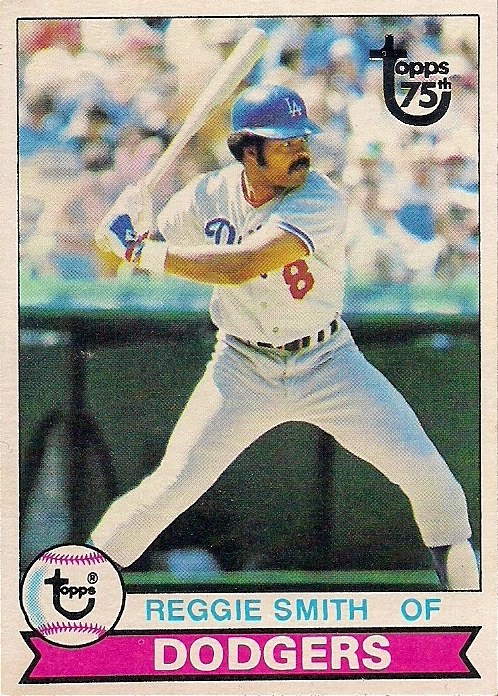 I saved this card for last because it's such a charming one-card package.

It arrived unexpectedly from Judson of My Cardboard Habit. He said he pulled it out of Topps Update.

Of course, it's a buy back (the 75th anniversary stamp refers to Topps starting its cardboard machine back in 1939) and it's a card I already have in non-buyback form. But the combination of the stamp with the fact that it's Reggie Smith makes it pretty damn cool to me in a way that I can't figure out.

I don't know, I guess I'm just in a surprisingly good mood this November.

Now, if only some of the November sourpusses would join me.

The Junior Junkie said…
I like November, but I also like football. And I definitely do my most reading at this time of year.
November 26, 2014 at 11:10 AM