I saw an interesting factoid from High Heat Stats MLB a couple of days ago.

It said that with Clayton Kershaw winning both the NL Cy Young Award and the MVP Award that it was the sixth time that the Dodgers have done that since the Cy Young was first awarded in 1956.

High Heat Stats said it was "astounding," so I assumed that the Dodgers have done this more often than any other major league team.

Eager to latch on to any superior news about my team these days, I did a quick bit of research and the Dodgers do indeed hold the record. The team closest to them is the Tigers, who have won the Cy Young Award and MVP in the same year four times, including twice in the last four years.

In order to accomplish this feat, it helps to have dominant pitchers. There is still a bias against awarding a pitcher the MVP award (I've long since come over from that side of thinking, I mean, who cares). So if you're going to sway a majority of the voters, you're going to have to pitch in an extra convincing way.

Fortunately, the Dodgers have had the pitchers to do just that. Out of the six times they've swept the two awards, three times it was one guy doing it.

But here is the rundown of the six times the Dodgers have achieved the Award Sweep: 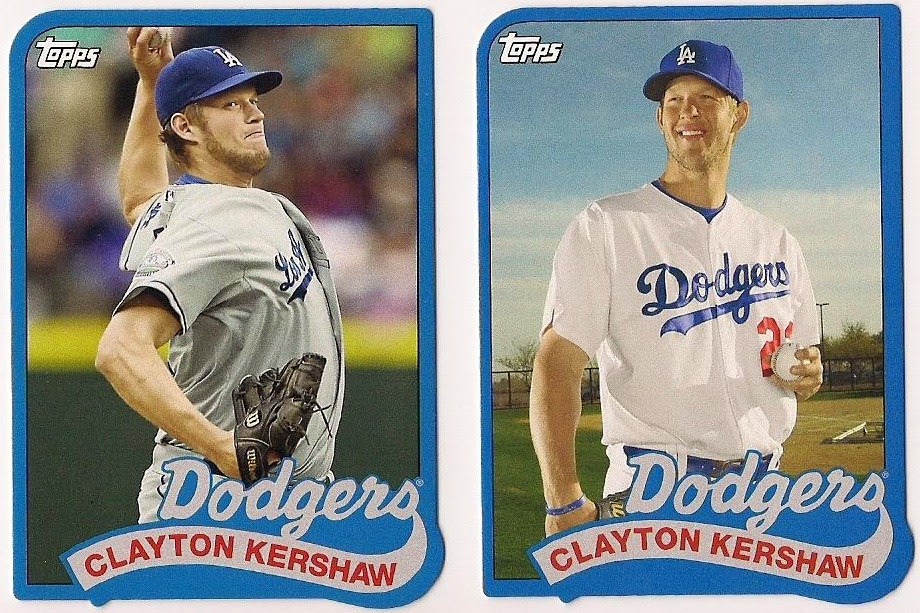 Two diecuts of Kershaw in the same insert set is still stupid, but at least I made it work for me here. 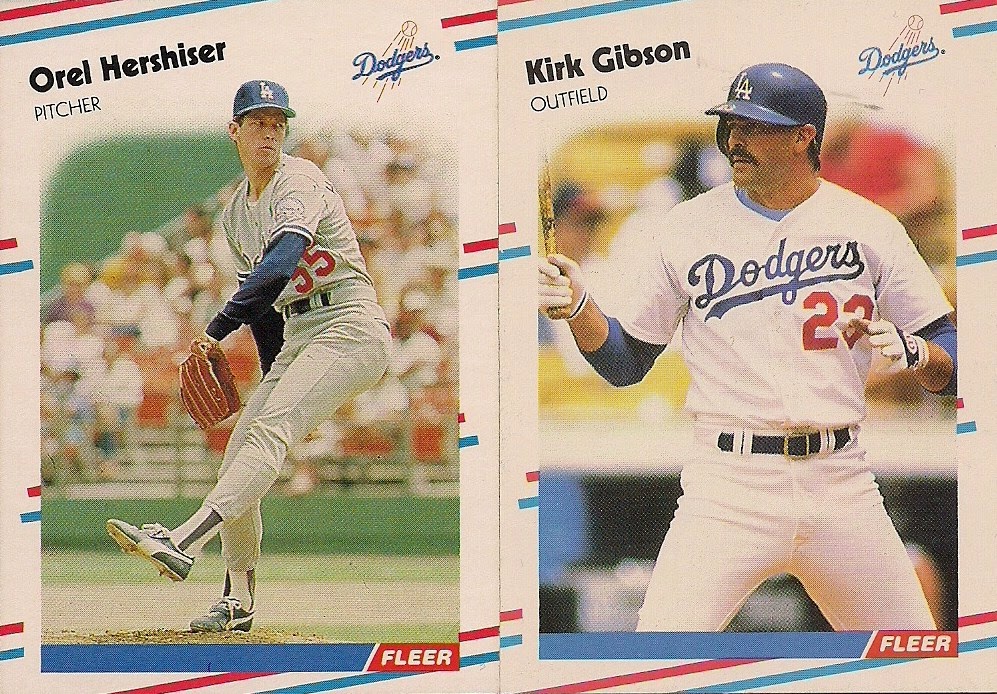 The Dodgers wouldn't have won a World Series without these two. They might have even finished fourth. 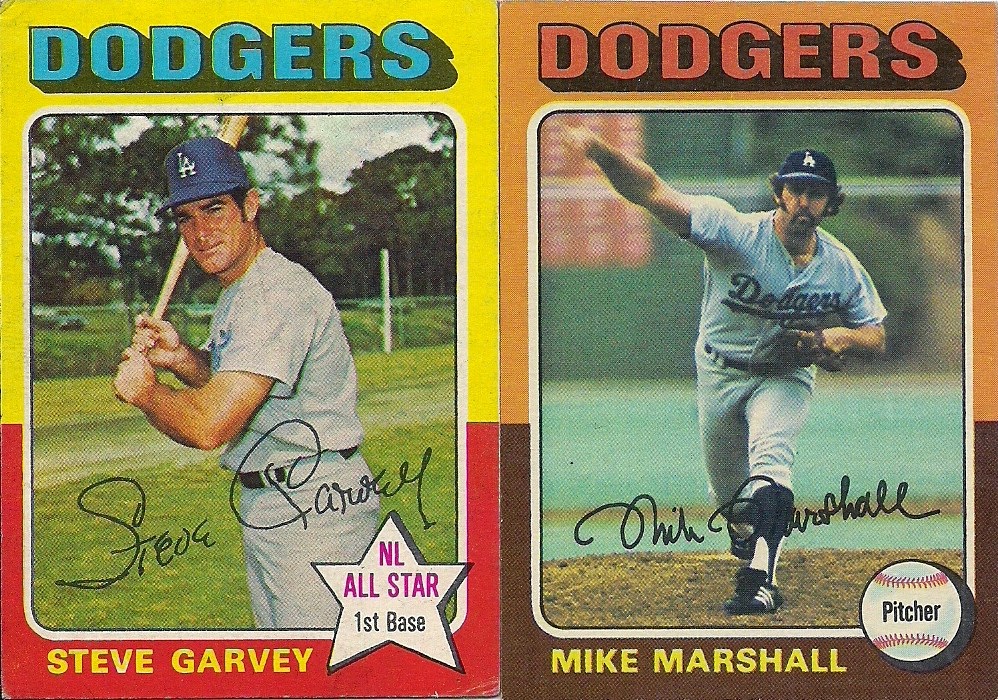 The story of Garvey and Marshall are well-known, but thinking back to 1974 it had to be an absolute surprise when these two emerged as the best of the best. 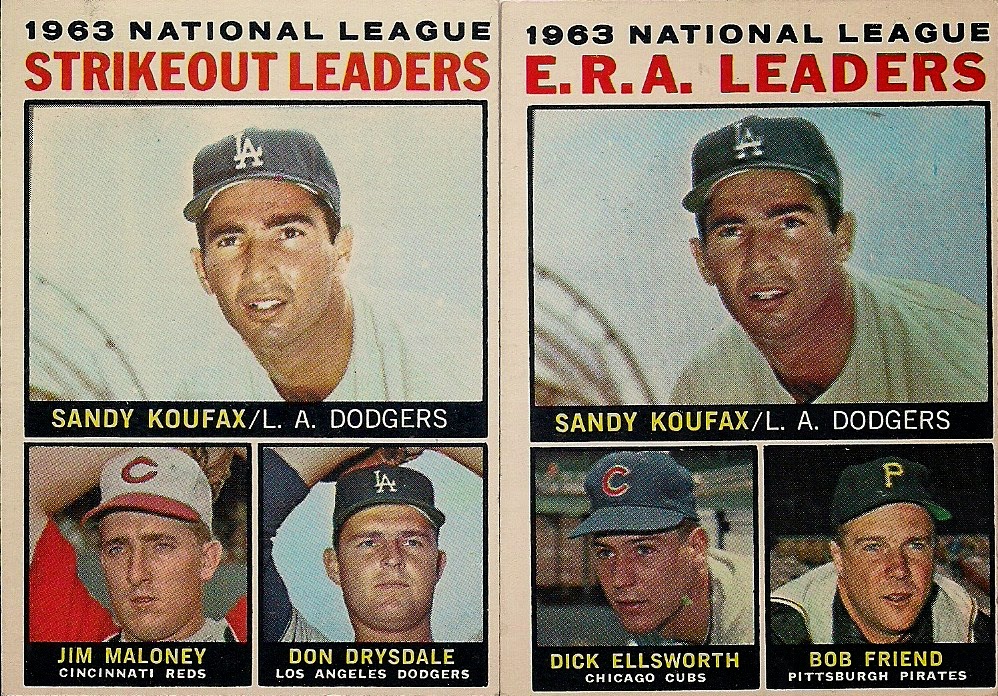 If this isn't incentive to get cracking on acquiring '60s cards of Koufax next year I don't know what is. 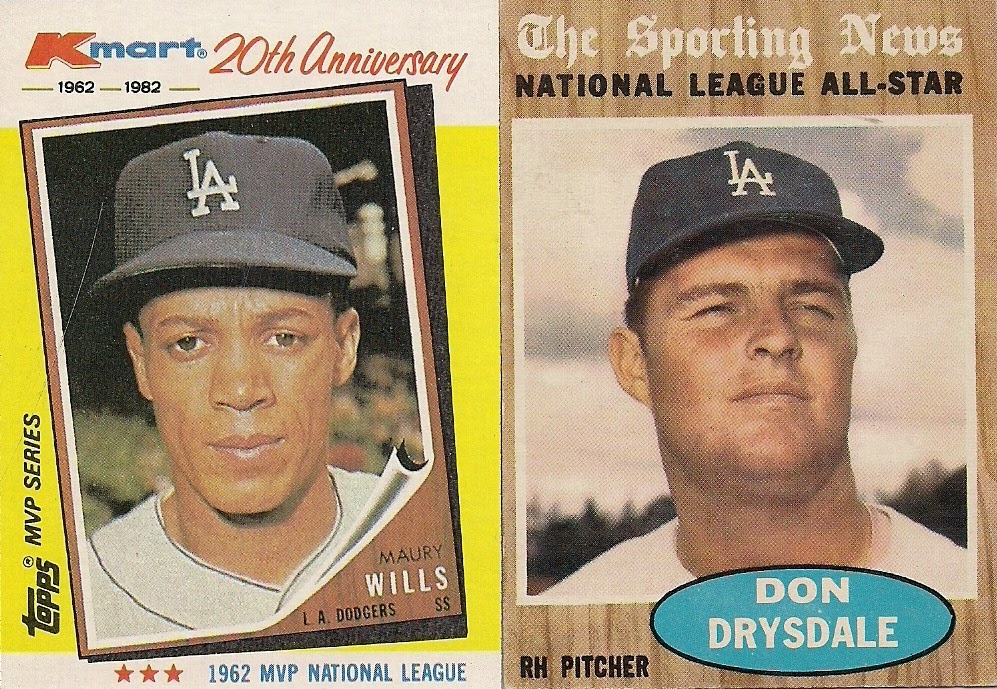 I think Topps should just create a full-fledged 1962 Topps-style Maury Wills card and be done with it. I've seen so many fake versions of the card, it might as well be real. Throw some goofy stamp on it if you have to. If it worked for Alex Gordon, it'll work for Wills. 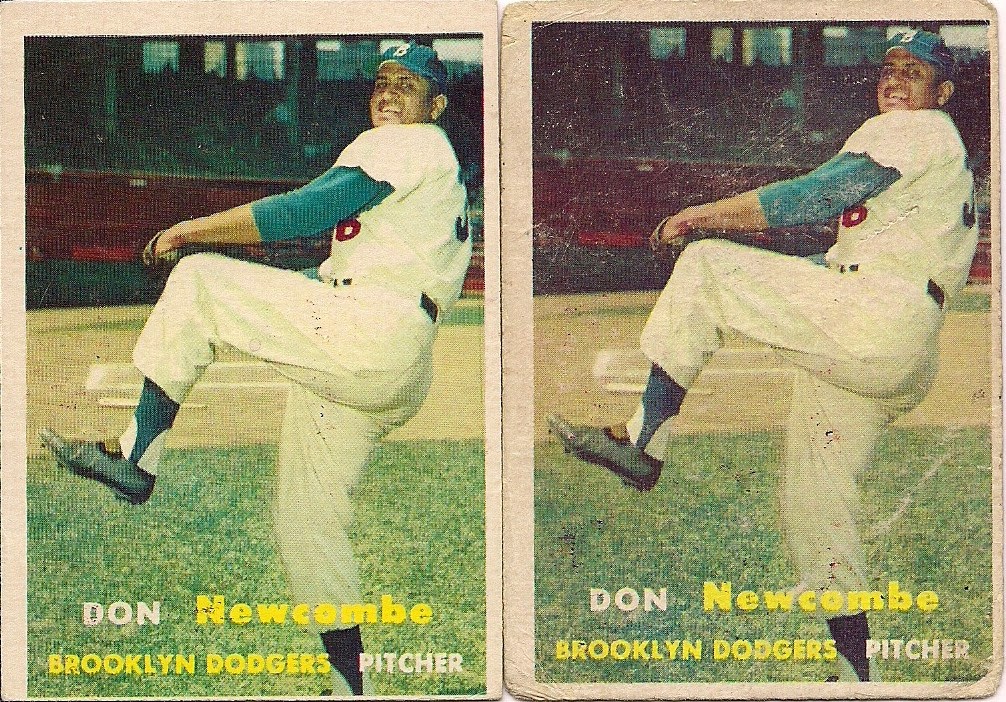 There was just one Cy Young for the AL and the NL to share in 1956 and Newcombe got it after winning 27 games.


One notable fact about these six years. The Dodgers reached the postseason each year (what a disaster if they had both award winners and didn't).

The 1962 team was the least successful, getting knocked out of a berth in the World Series in a special three-game playoff with the Giants.

Or you could say the 2004 team was the least successful. They won their division to make the NLDS, but couldn't do more than that, which you could blame on Kershaw's performance against the Cardinals (I won't) or the Dodgers' horrid bullpen (I will) or the Dodgers' unreliable offense (I will).

At any rate, Kershaw's award sweep is great news for Dodgers fans eager to forget the stupidity of the postseason. And it reaffirms what I pretty much thought back in 2008 about Kershaw: that we were going to see great things from him.

My prediction back in February 2009 was only a little over the top:

He does have three Cy Young Awards and 2015 hasn't happened yet. And he is the greatest Dodger pitcher since Sandy Koufax.

As for that World Series prediction, I guess that would work only for the Giants.

Zippy Zappy said…
I thought this post was going to be about how the Dodgers acquired some of the smartest front office personnel in the industry this offseason.
It's only a matter of time before Kershaw passes Koufax as the greatest southpaw the majors ever had.
November 15, 2014 at 9:19 PM