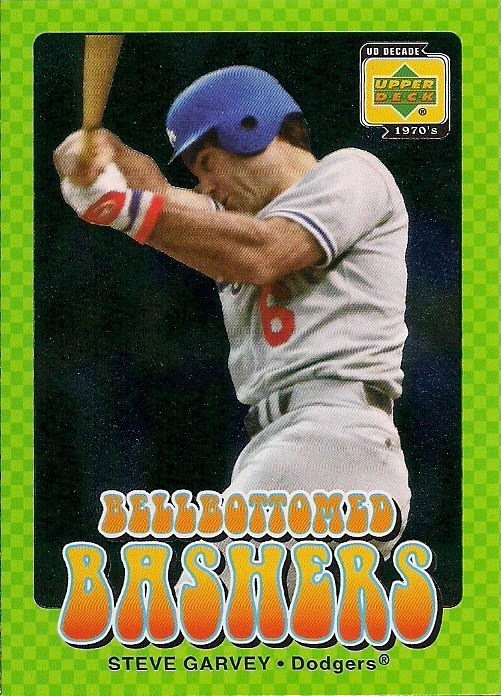 The National has come and gone for another year and it still doesn't know me.

I've never been and, realistically, I don't see myself attending for a long time.

It doesn't have to do with location. Sure, if the National came to Syracuse or Buffalo, I wouldn't hesitate to zip over there for a day. But even Cleveland, Baltimore or Atlantic City are not far enough to be a deterrent.

It doesn't have to do with cash. Even though I never have money in August, I could save up if I knew I was attending a year in advance.

It doesn't have to do with work. Yeah, I have a limited amount of vacation time, but it's not so limited that I couldn't take off for a couple of days during the slowest part of the year.

No, it has everything to do with family.

I am married. With children.

If you are married -- with children -- then you know where I'm going with this.

When the summer comes, each member of the family wants to do certain things. There are negotiations and arrangements and budgets. But the key above all of this is that we must make contact with other people in my extended family. This is especially important to the extended family. They are keeping track and counting the days. Mothers, fathers, grandmothers, grandfathers, uncles, aunts, cousins, cousins' friends, nieces, nephews NEED to be seen.

The summer is the time to do this. So appointments are made and vacations planned and we try to schedule the fun stuff in the same general area as where we're making the necessary family visits.

If my kid would have gotten in line a long time ago and picked up a card collecting addiction by now, I could use her for an excuse. But that didn't happen, and now everyone is taking a number this summer to see her. I should have thrown more packs at her when she was 3. Then I could whisk her off with a single "GOTTA GO TO CLEVELAND! SHE COLLECTS, YOU KNOW!"

So this is where it stands.

I will not be able to travel to a National as long as my kid is under my roof. After that I could possibly make arrangements with the wife, but that's a very large gray area as well.

As long as it's somewhere in the Northeast.

You single people have no idea how fortunate you are. (Disclaimer: I love my family. HI, HONEY!).

Anyway, Robert of $30 A Week Habit is one of the fortunate few who was able to zip off to the National for a day. My guess is close proximity was why he was able to get away.

He spread around his fortune by sending out cards that he found in Cleveland to various bloggers.

The Steve Garvey Bellbottomed Bashers card at the top of this post was one of those cards (I really need to start concentrating on the 2001 UD '70s Decade set).

Here are the other cards he sent: 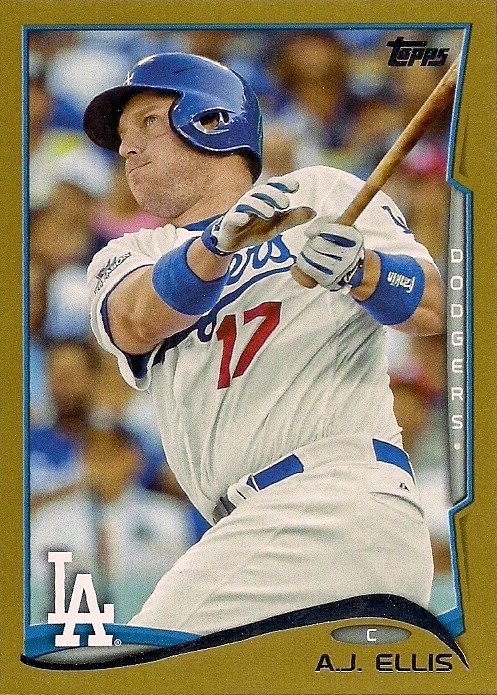 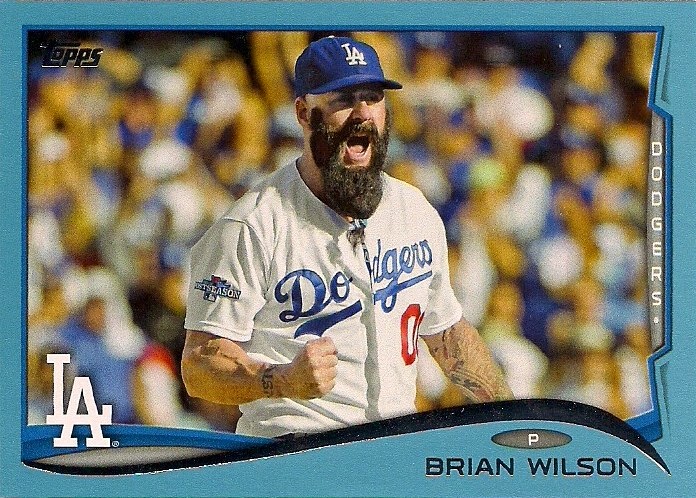 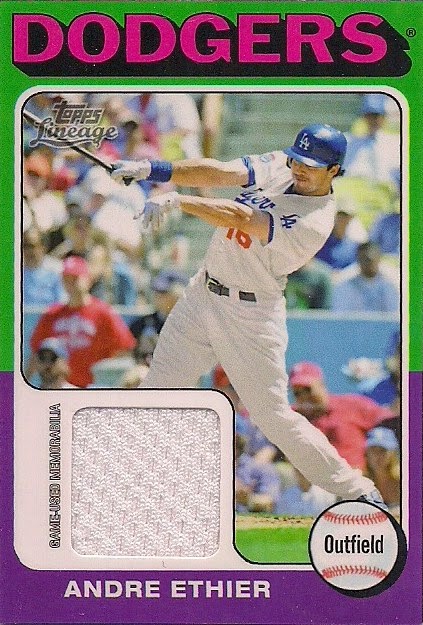 I still need the base cards for both Ellis and Wilson. I've been such a slacker on Series 2.

The Ethier Lineage also came from the National. It's a card that makes me smile because the summer of 2011 was a wonderful time of chasing fake 1975 cards and Ethier could actually hit then, too!

Thanks, Robert, for thinking of us folks who can't get to the National themselves.

Every year, especially when I hear that the National is taking place in the eastern half of the country, I think "this will be the year." "I might be able to swing it this year!"

And then the spring comes and the "When are we going to SEE you?" questions hit.

But I'll get there. You wait.

They'll still have cards then, right?

JediJeff said…
Can always crash at my place 2015. Plenty of room now that my son and daughter are out of the house. Your daughter needs to experience Chicago.
August 26, 2014 at 10:24 PM

AdamE said…
You just are not playing the right angle. You need to plan on spending more time with the niece and nephew. "Hey kids Uncle Greg is taking you guys on a road trip".
August 27, 2014 at 10:13 AM

Swing And A Pop-up said…
Can't you just have a family reunion and cross them all off at once? I just had one a few weeks ago. It's brutal, but now I'm free until Thanksgiving.
August 27, 2014 at 1:36 PM

Mark Hoyle said…
Greg, I have 5 kids. Didn't even collect much for years. Except the occasional trip to the LCS so my sons could buy the latest over priced cards of the 90's
August 27, 2014 at 8:16 PM