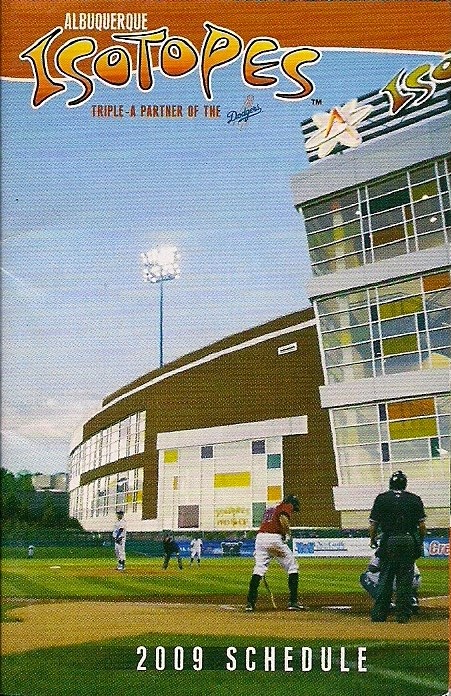 There was a story out of Oklahoma City yesterday that the Dodgers are moving their Triple A affiliate from Albuquerque to Oklahoma City for next season.

The Dodgers have been affiliated with Albuquerque for the last six seasons, and before that, the city and the Dodgers were together from 1972-2000. I grew up thinking that Albuquerque had been the top affiliate for the Dodgers for forever (although most of those great '70s Dodgers actually played Triple A games in Spokane, which was L.A.'s top affiliate throughout the '60s through 1971).

Even though I've never been to Albuquerque, I don't like that the team is moving from there. The word is that Dodger management wants a better place to evaluate talent. Albuquerque, with its high altitude ways, has always been known for inflated batting stats, and that often doesn't translate to the majors.

Of course that was an issue the first time the Dodgers were in Albuquerque (see Greg Brock/Mike Marshall), which makes me wonder why they returned in 2009 if it was such an issue.

But I understand the Dodgers are under new management and one of their objectives is to shore up the minor league system.

And with the move to Oklahoma, it will be the closest the Triple A Dodgers have been to me since the Dodgers' top prospects came out of Montreal in the 1950s (and it wasn't even Triple A then).

But to say farewell to the Dodgers in Albuquerque, I thought I'd count down the top 10 successful players that went through Albuquerque during their second stint with the Dodgers, which would be 2009-14 (when they were known as the "Isotopes", not the "Dukes").

I'm using the minor league cards for this countdown and most of those come from 2009-11. So you won't see Paco Rodriguez, Scott VanSlyke or Tim Federowicz here.

You may be asking yourself "why would THOSE guys be in the top 10?"

Heh, you don't know the Dodgers' farm system in the last 10 years, do you?

Presenting the top 10 major league "successes" of the Albuquerque Isotopes: 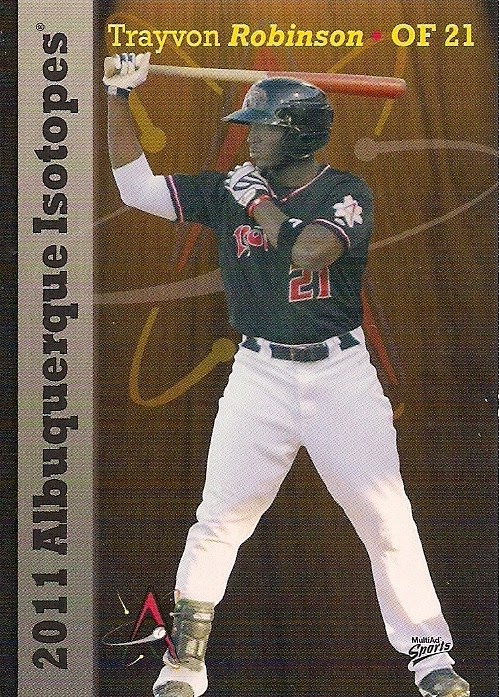 10. Trayvon Robinson: Robinson spent 90 games with the Seattle Mariners in 2011 and 2012, mustering a .215 batting average. He is now an Albuquerque Isotope again, with absolutely no chance of cracking the Dodgers' outfield. 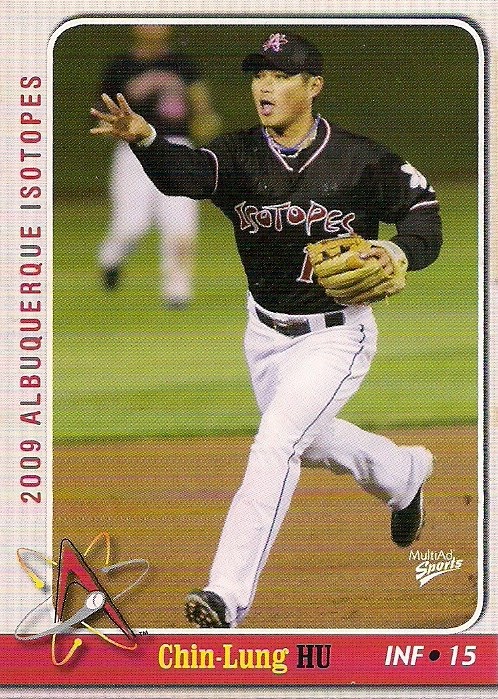 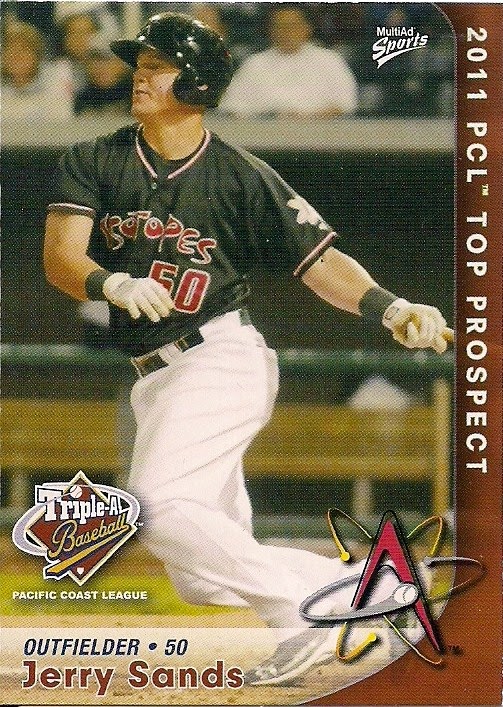 8. Jerry Sands: The great hope for Dodger fans right around 2011, Sands fizzled pretty quickly. He was dealt to Boston in the big Adrian Gonzalez-Carl Crawford-Josh Beckett deal to the outrage of several prospect-loving fans. But he never played for the Red Sox big league team and hasn't hit above .200 since. 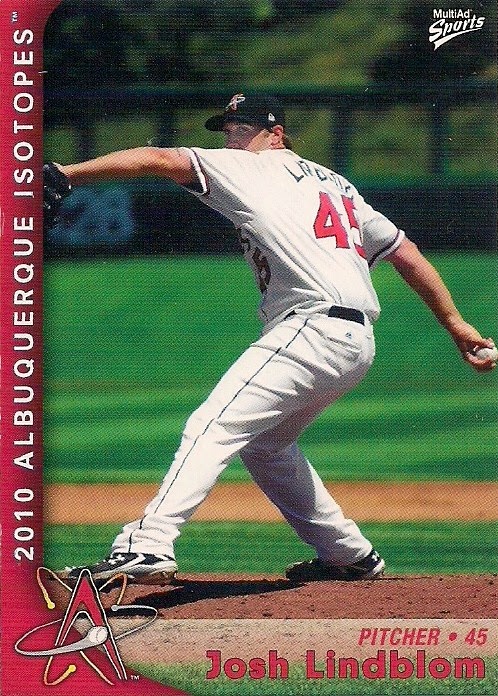 7. Josh Lindblom: I don't like it when the Dodgers trade relievers who appear to have talent because L.A. has so many who don't. But the Dodgers sent Lindblom to Philadelphia for rent-a-player Shane Victorino. I feared that Lindblom would make L.A. pay. But after stops with the Phillies and Rangers, he's now a minor leaguer for Oakland. He owns a 3.82 ERA in 110 big league games. 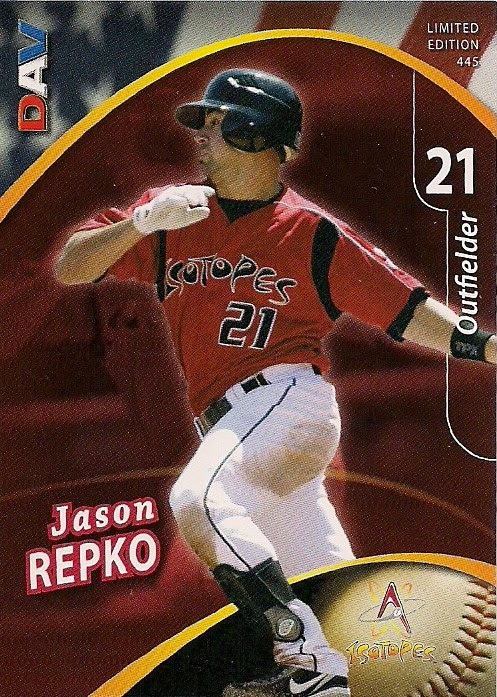 6. Jason Repko: With the exception of 2005, which was a bizarre year in Dodgers history, Repko never received regular playing time. But from 2005-12 he managed to appear in 360 games for L.A., the Twins and the Red Sox. With a scorching .224 batting average. 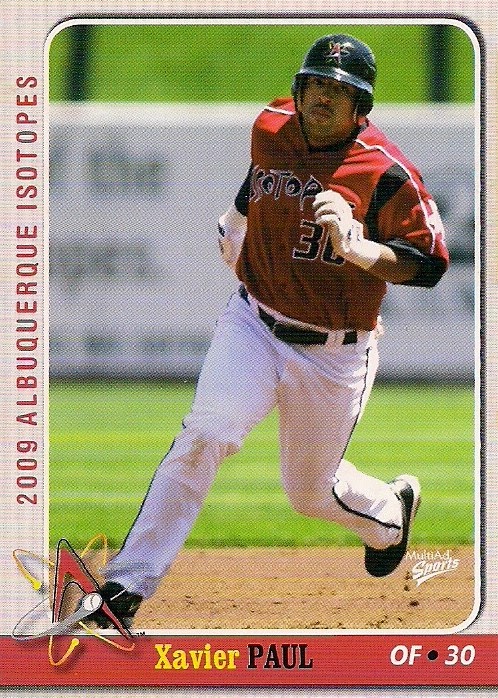 5. Xavier Paul: Another outfielder who couldn't crack the wall of Dodgers all-stars, Paul was moved to Pittsburgh in 2011. He's bounced around with the Reds, Orioles and most recently, Diamondbacks, batting .251 in 346 games between 2009-14. 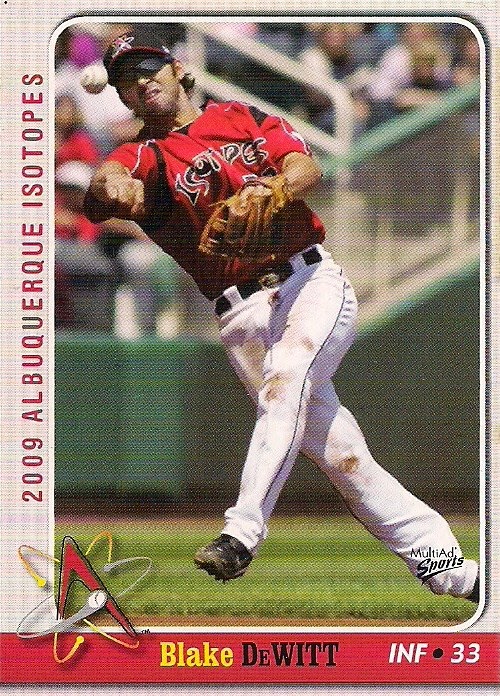 4. Blake DeWitt: I don't know if anyone actually thought Blake DeWitt would be the successor to Adrian Beltre at third base, but I'm sure for a period in 2008, armed with my autographed cards of DeWitt, I hoped it might happen. DeWitt was traded to the Cubs for Ted Lilly (and Ryan Theriot -- gah!) in 2010. He finished up in 2013 with the Braves, with 426 total games and a.257 average. 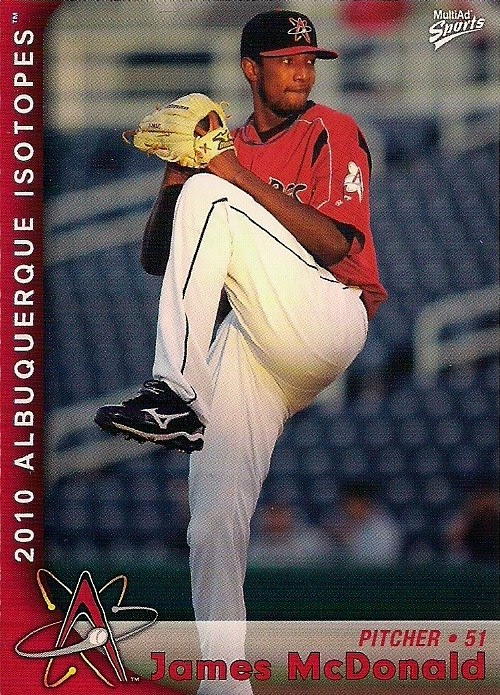 3. James McDonald: I really wanted McDonald to crack the Dodgers starting rotation in 2009. But his appearances with L.A. were borderline horrifying. And then he was dealt to the Pirates in a trade that actually was horrifying at the time (McDonald and hyped prospect Andrew Lambo for -- what? -- Octavio Dotel). McDonald did have an OK season with the Pirates in 2012. He signed with the Cubs as a free agent, but got injured in spring training. So far he's pitched in 131 games, including 82 starts. 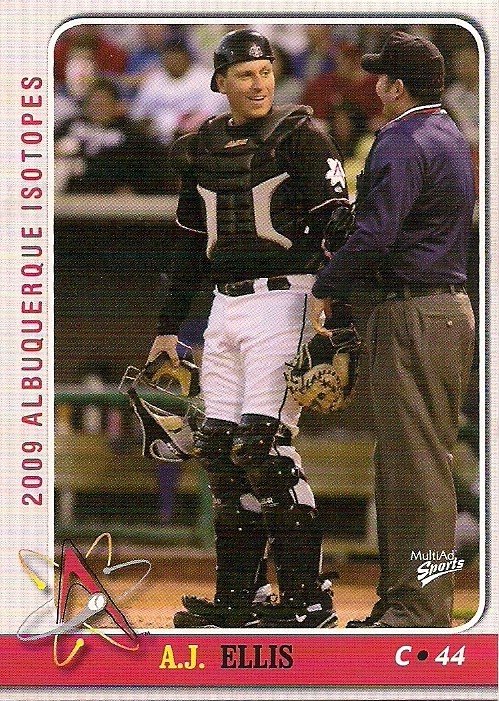 2. A.J. Ellis: The surprise starting catcher for the Dodgers in 2012 with a solid .270 season in 133 games, he's been on the decline lately, especially this year with injuries. But I'm not ready to give up on him yet. He's smart, funny as hell, and if this catching gig doesn't work out, he'll be a broadcaster easily. 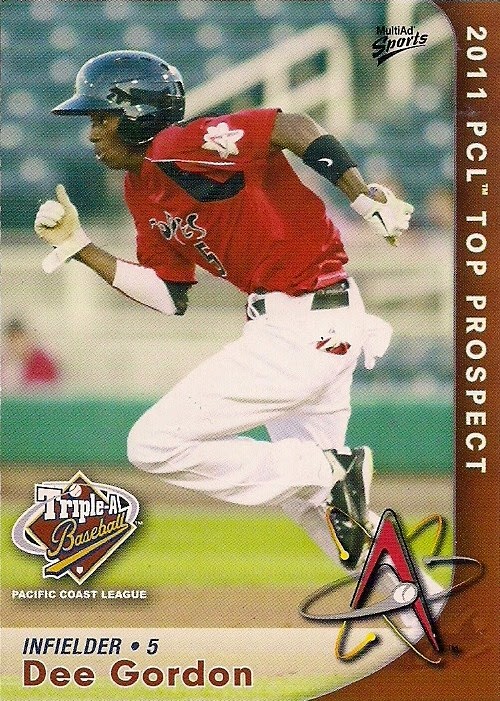 1. Dee Gordon: One year ago, I would have never placed him on this list. He might not have even made the top 10. But this year has been a revelation. I'm counting on him to reach 70 stolen bases in a season, which would be the best damn stolen base season since the 1980s. Gordon is a comfort at No. 1 in the order, a throwback. And most of the problems he had last year seem to have been worked out.


So that's the top 10. Not exactly a stellar group. And after wincing through all of that, both you and I know now why the Dodgers are moving to Oklahoma City.

Because after what I've seen out of the last six years in Albuquerque, I don't think I should believe anything that happened there.

Jeff said…
That's actually surprising to me, not from the Dodgers' standpoint, but from Oklahoma City's. OC was affiliated for a number of years with Texas, then with Houston. Outside of Kansas City, which has been affiliated with Omaha for its entire existence, the two Texas teams are the closest geographically. So it made sense for them. Maybe they just got tired of the Astro rebuilding project.
August 23, 2014 at 8:26 PM

BaseSetCalling said…
You would think this famous Dodger played in Albuquerque:

steelehere said…
On a technicality, you could argue that the #1 spot should go to Kenley Jansen but this was pre-position change and he was still a catcher. A case could be made for Chris Withrow, Javy Guerra, and Scott Elbert being on this list.
August 24, 2014 at 2:17 AM

carlsonjok said…
I think this is a good move. I'm already planning to watch the Dodgers DL, so I can try to watch some big leaguers as they come through on rehab assignments. Too morbid?

Although, I hope the Dodgers don't add OKC to their home viewing area. The area is already considered home viewing area for four MLB teams (Rangers, Astros, Royals, and Cardinals) It is amazing how many cames I can't stream because they are blacked out on MLB.TV.
August 24, 2014 at 10:15 AM