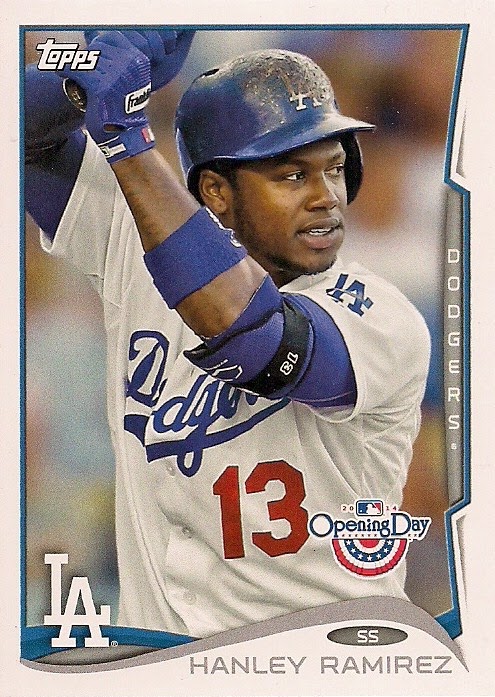 Down in the dumps. That's late August for me. The dumps.

Then there are those reminders of what's coming. Preseason football talk won't let you forget. Neither will preparations for high school sports. Nor will -- wait a minute -- are those ... are THOSE colored leaves on my LAWN????

Summer's ending. Fall's beginning. And winter, which just ended in late April around these parts, is planning an early start, according to those freakin' farmers and their damn precious almanac.

Baseball helps a little, but not much because at this time of year either your team is out of it or you're so stressed out over your team's offense/bullpen/injury-prone rotation/manager that you could plunge yourself into the dumps just watching the sport.

And cards, known for their restorative powers, can't help me much at this time because I can't spend any money.

But despite all of that, under all of the grousing that I do is someone who tries like hell to remain internally positive. Even now.

And that's why I'm focusing on some cards someone gave me. They sent them of their own free will. To me. And I haven't even sent any cards back to them. Because there's a cash embargo. The cards that I have for this person are just sitting on my desk. Waiting. In fact they're the first group of cards that will go out when the embargo ends. But they're still waiting. And this person sent me the cards anyway. Because collectors are cool.

Introducing Brian, from Base Set Calling, and the cards he sent. That, at least temporarily, got me out of the dumps. 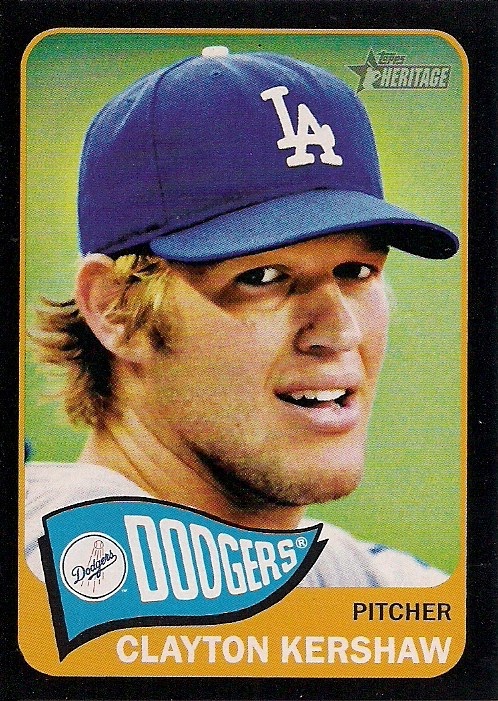 See? Look at this card. How can I not be happy when someone sent me this card. It's the '65 Heritage design. It's black-bordered. And it's the guy holding up the Dodgers all by himself. Sure it's all going to come down tragically on top of everyone as the Giants convince MLB to make them the champions instead of the Dodgers since baseball ALWAYS listens to the Giants. BUT NEVER MIND THAT, THAT'S THE DUMPS TALKING! I love this card a lot. 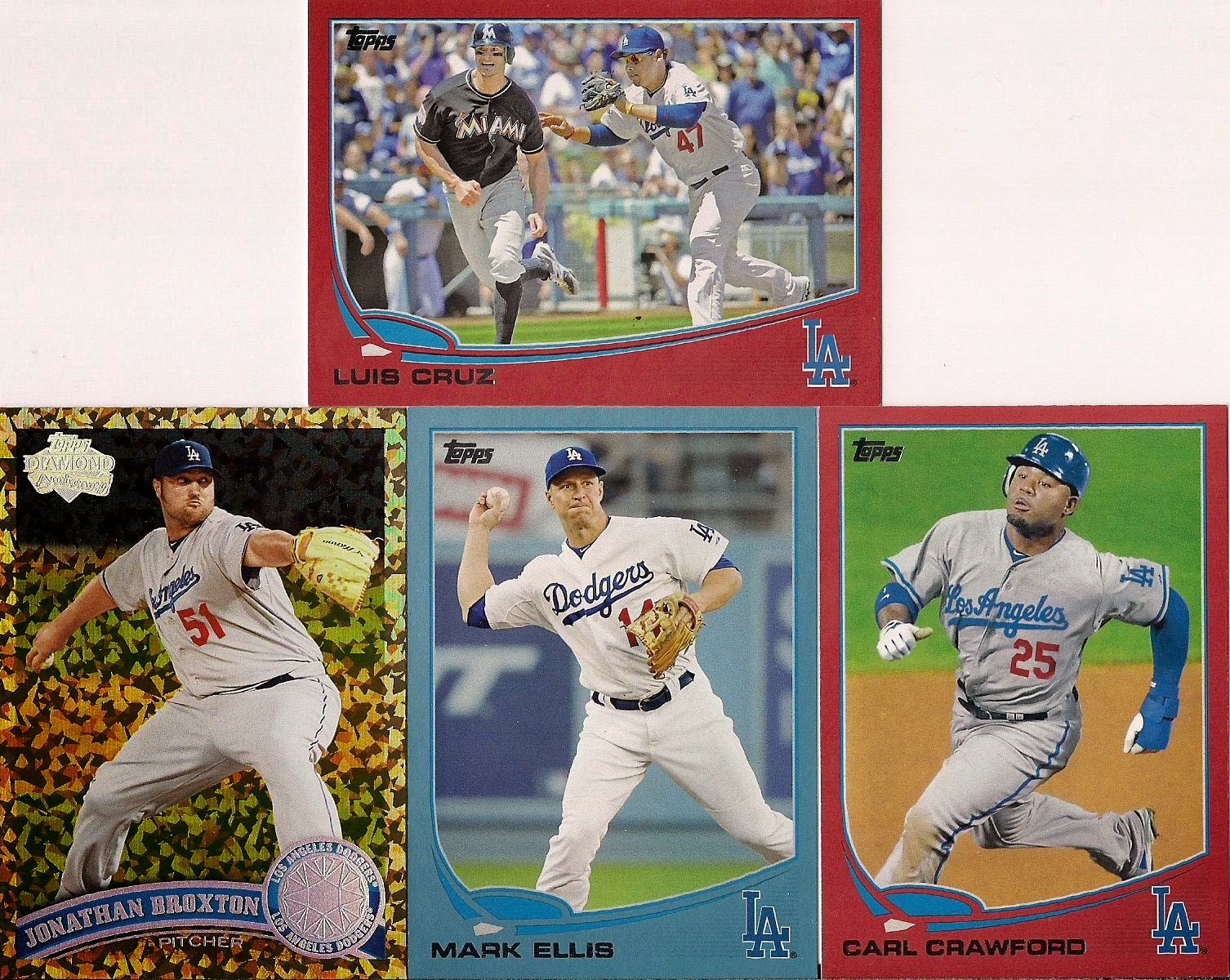 Ooooooh. More parallels. I'll finish all of these sets yet. See? I'm starting to feel re-energized ... which will last until I open up the binder and realize how far I am from actually completing everything BUT THAT'S THE DUMPS TALKING. 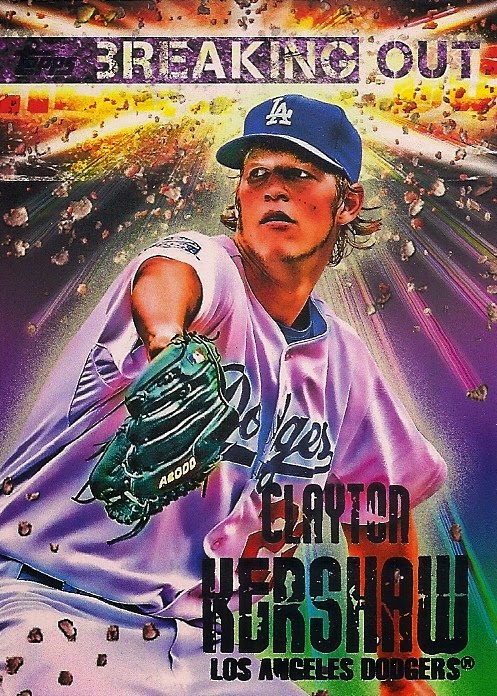 More Kersh. All electrified. That's a pretty snazzy green glove he has there. Much like a Green Lantern ring, the NL West will be rendered powerless when he's on the mound. 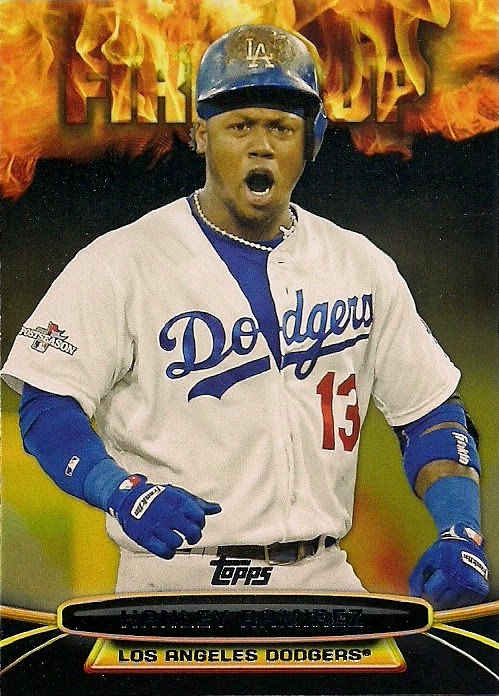 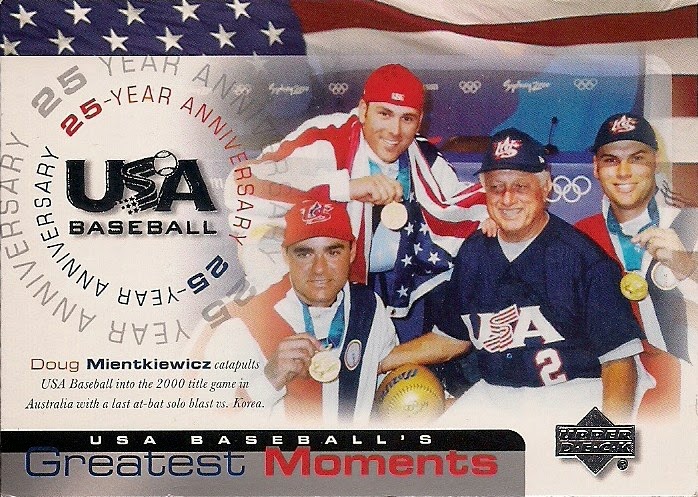 Yes, I will put this in my Dodger binders. It's a good thing Lasorda is there because I'm drawing a blank on the others. I think Mientkiewicz is at the top. 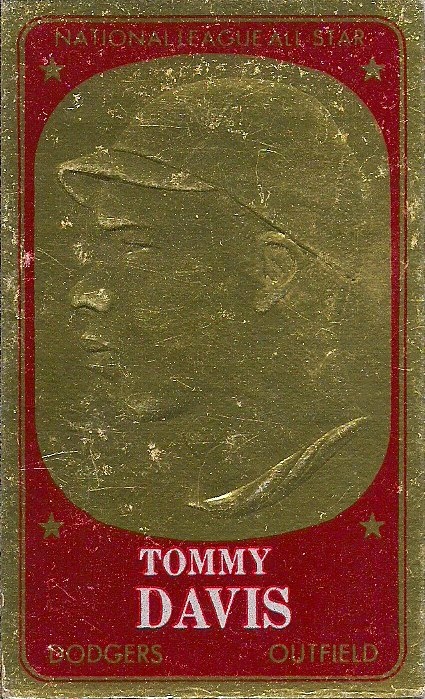 Final card. It's what happens when a 1965 Topps Embossed card lasts for almost 50 years! Scuffage!

The scanner, in it's usual rude way, is pointing out all of this card's flaws. You can't even see the scuffing in person unless you tilt it a certain way.

As you might have noticed, I forgot that I was down in the dumps somewhere while I was showing the cards. That's what happens to me when I'm immersed in cards.

It's the secret to getting rid of the dumps. At least temporarily.

BobWalkthePlank said…
Seeing mail from other bloggers always makes me feel better.
August 22, 2014 at 7:56 AM

AdamE said…
Around here I can't wait till summer is over. Once fall starts we can finally get under 100 degrees AT MIDNIGHT again and once glorious winter begins we get 70s during the day. I can't wait. To bad fall doesn't start for another month still.
August 22, 2014 at 12:00 PM