When the news moved a lot more slowly 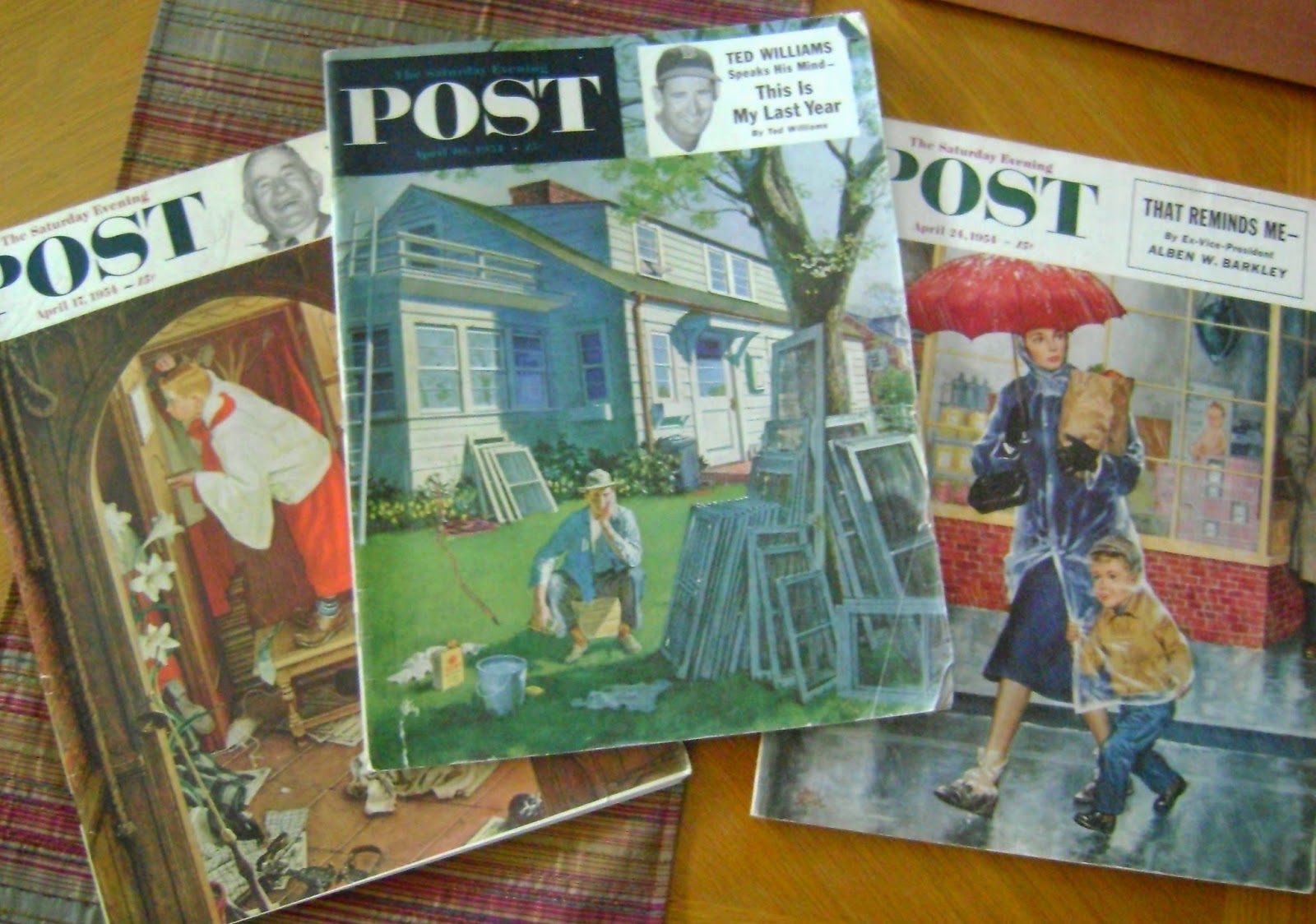 I've mentioned before that my folks have been known to collect. I'm sure that's why I've collected cards for most of my life. I simply inherited the gene.

Although my dad had baseball cards when he was a kid (I believe his mom actually did throw them away), neither he nor my mom know anything about them now. But they know I like baseball and that I like to collect, so every once in awhile they'll throw something baseball-ish my way. "Maybe you'll like it, maybe you won't" they sort of say with a shrug of their shoulders.

This I thought was fairly cool, and directly from my dad's stash.

He was a Ted Williams fan growing up and he kept some Saturday Evening Posts from 1954 that he bought back then. The SEP published a three-part series of an interview with Williams, titled "This Is My Last Year".

I'm sure this caused quite a stir. The articles appeared over three weeks in April, right at the beginning of the season. I haven't done any research on whether there was a commotion over this, but my guess is Boston fans were very flustered by the news.

But back to the magazines. When I saw them, I was immediately struck by how large and heavy they were. Each magazine is about a foot long. And each is at least 100 pages long. And these came out EVERY WEEK. 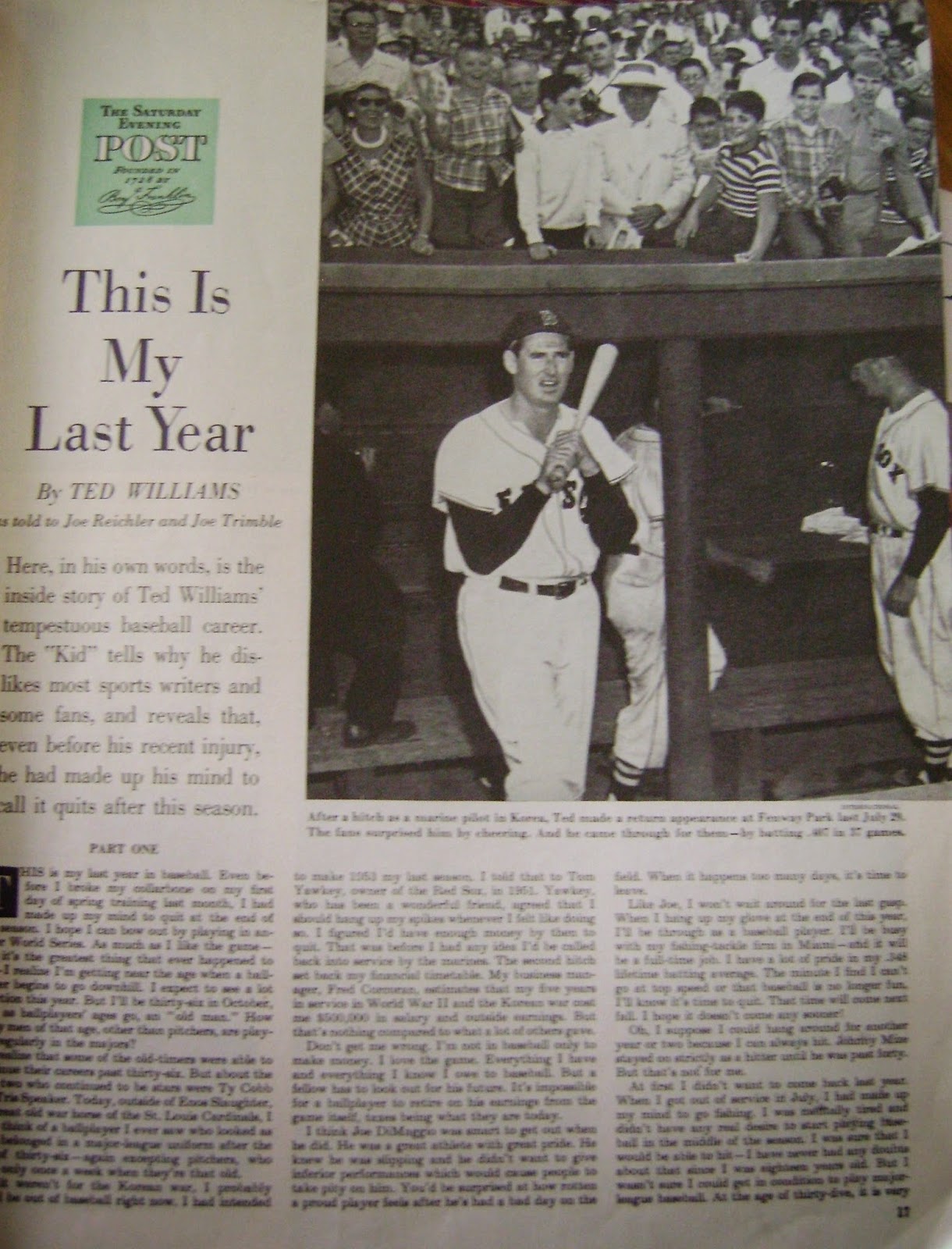 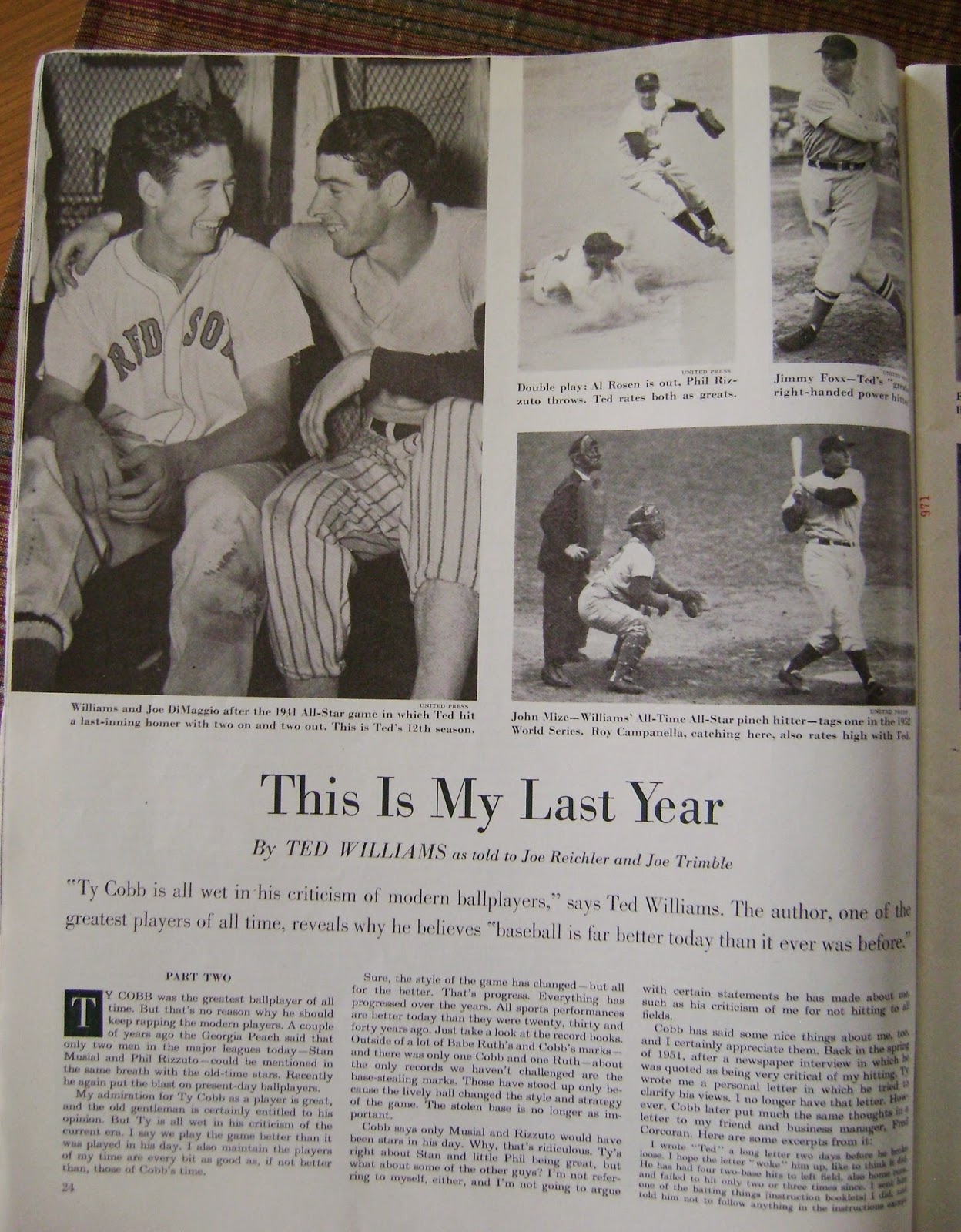 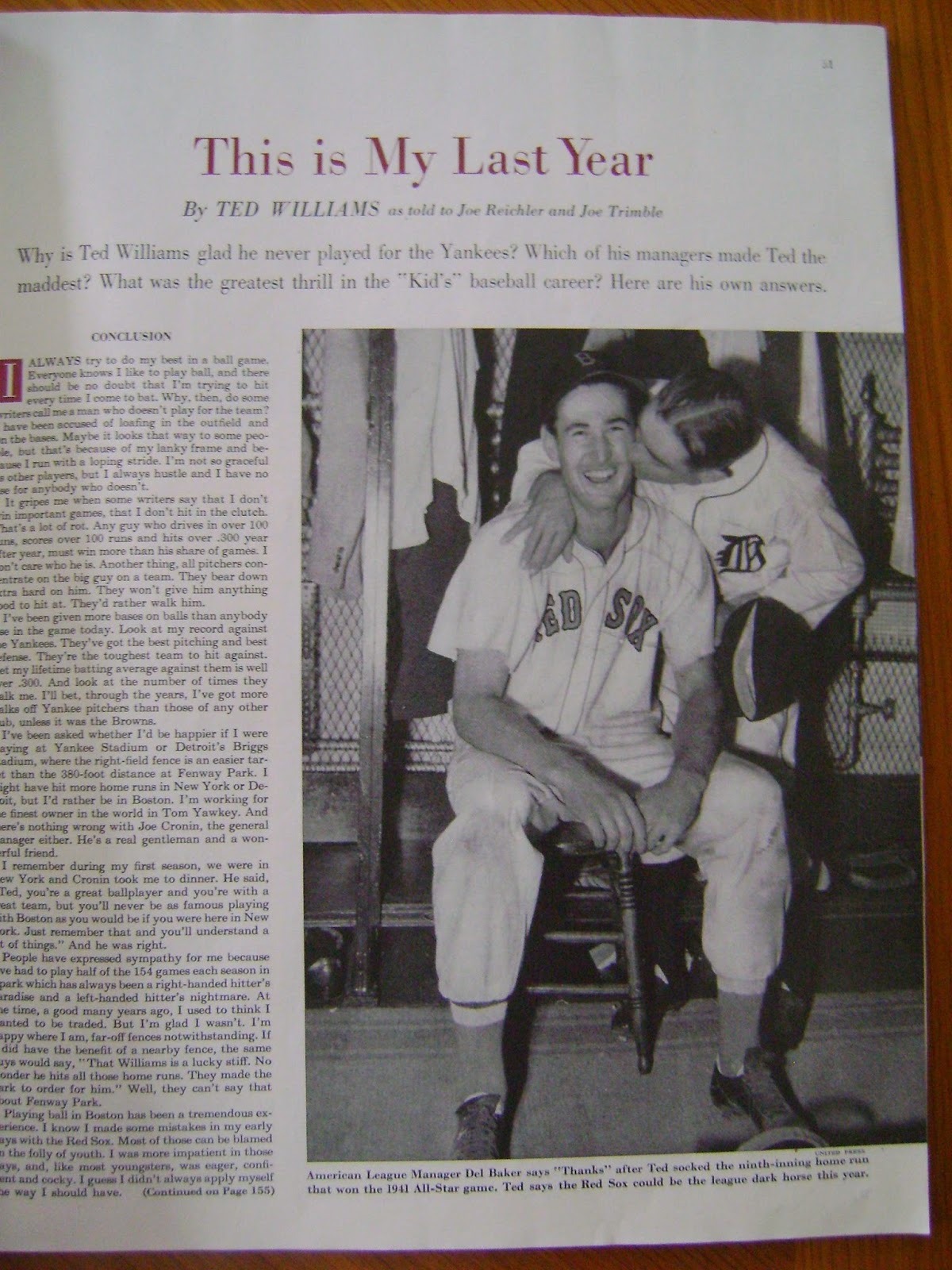 I haven't read through the articles yet -- who has time to sit with a giant, 100-page magazine on their lap and read a five-page story? -- but I do know that Williams covers a lot more topics than just his playing status. As you can see, he thinks Ty Cobb is "all wet".

I think I'm more interested in the presentation of the magazines back then. It's not like I didn't already know this, but each magazine was an ode to artistry. Large, well-drawn illustrations in every issue, for fictional stories or advertisements. 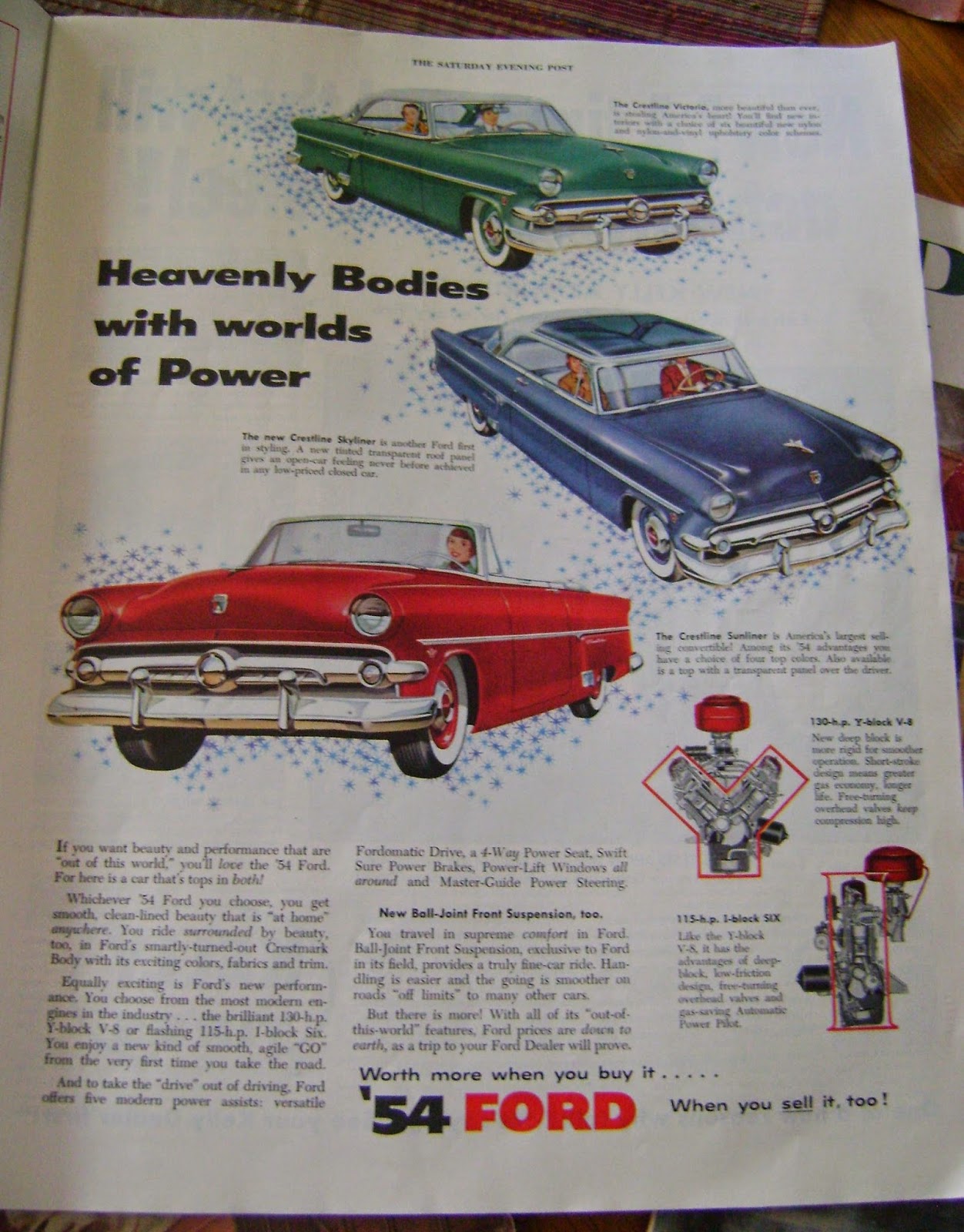 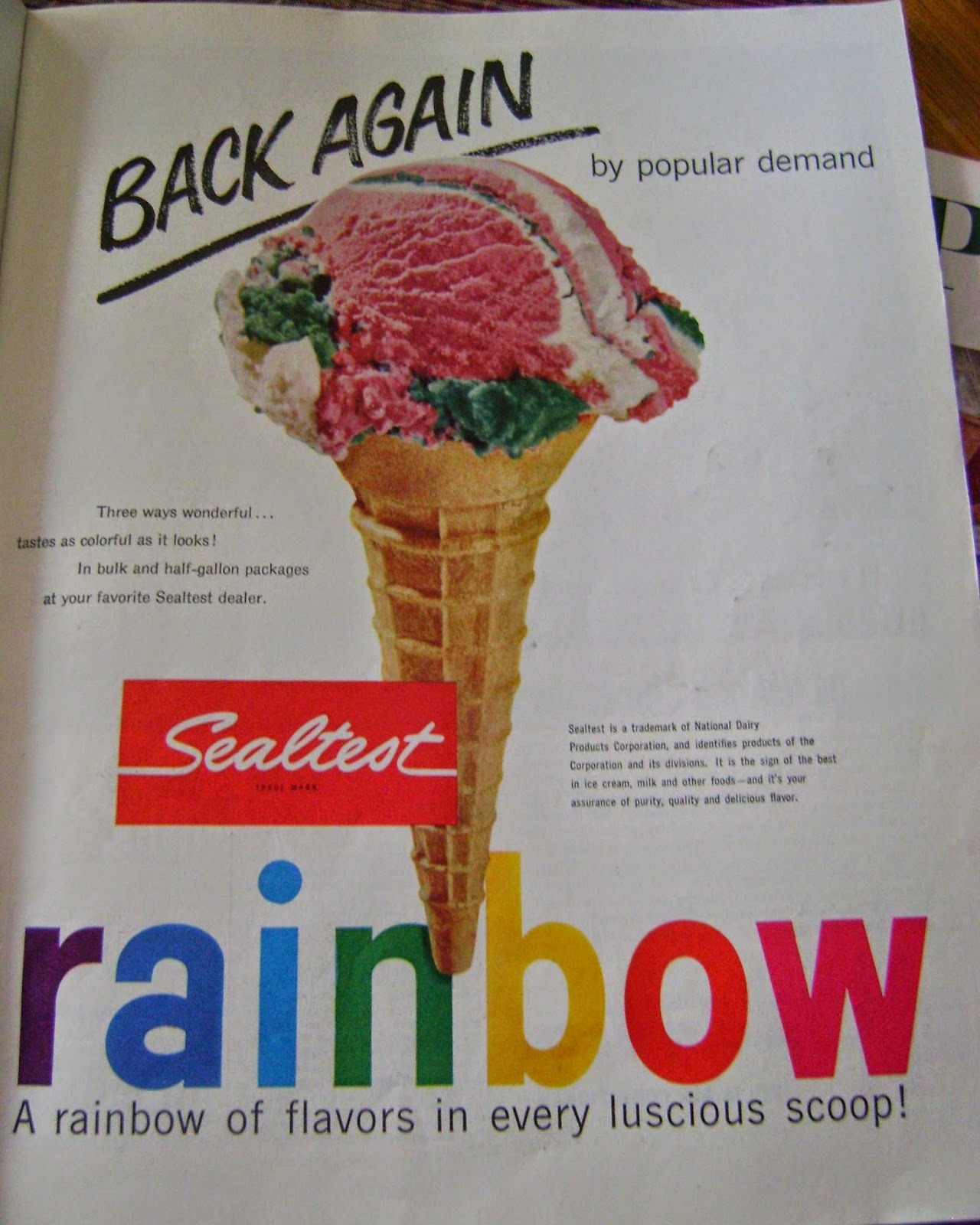 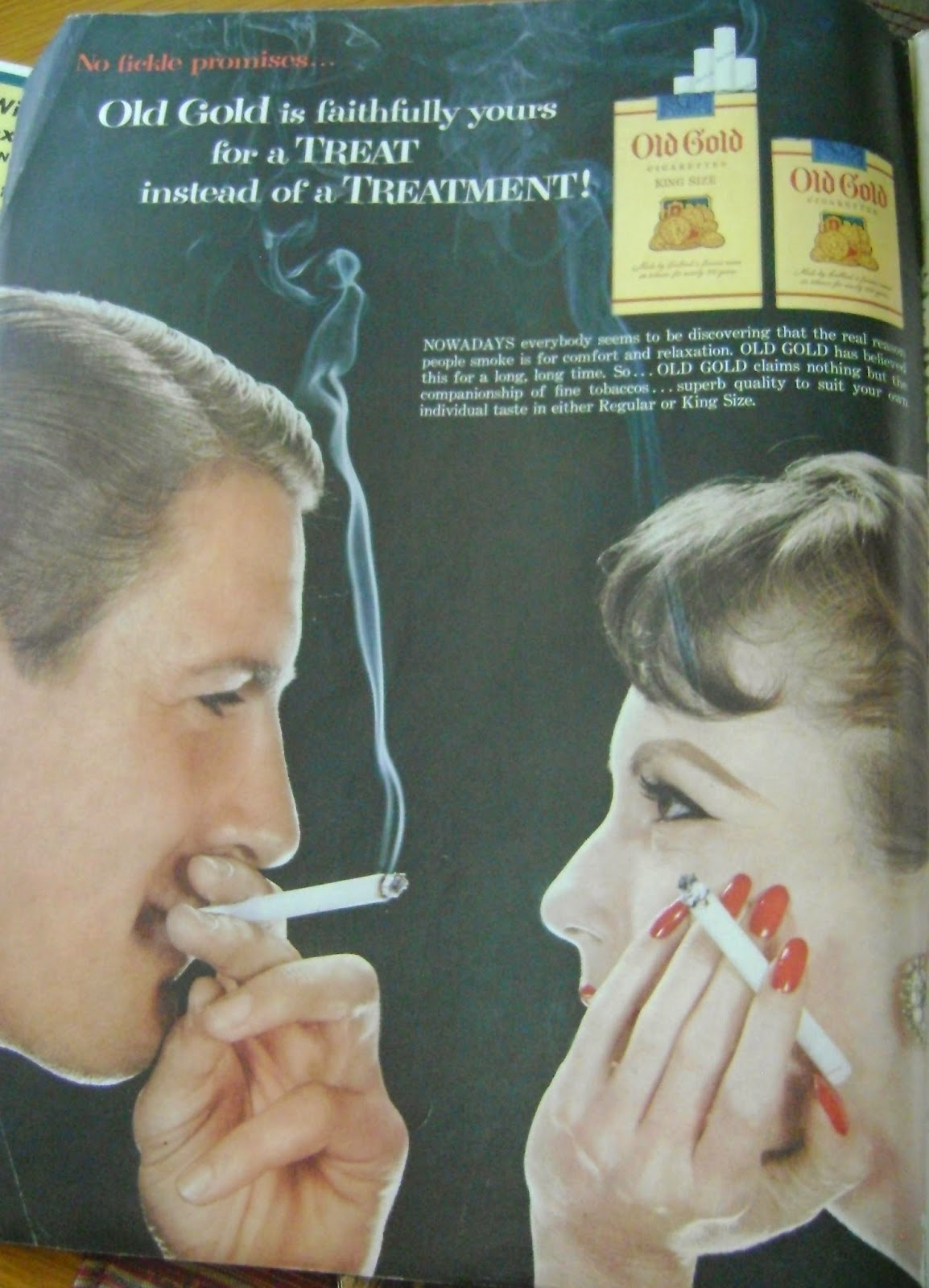 Not a word about the surgeon general on that last ad.

As for Williams, as everybody knows, 1954 was not his last season. He played until 1960. One of the SEP's rival magazines had an inkling: You'll note that the Collier's article came out after the season.

Of course, these kinds of articles are the same sort of thing we see today. Except that instead of taking six months to play out, as a story did in 1954, you see the "point" and "counterpoint" to a big sports story in the span on a single day, or even an hour or less.

Looking at these magazines, I often wonder what it was like to live back in that time where news traveled that slowly. It seems pretty relaxing.

Then again, not a lot has changed.

Here is a cartoon I found in one of the magazines: 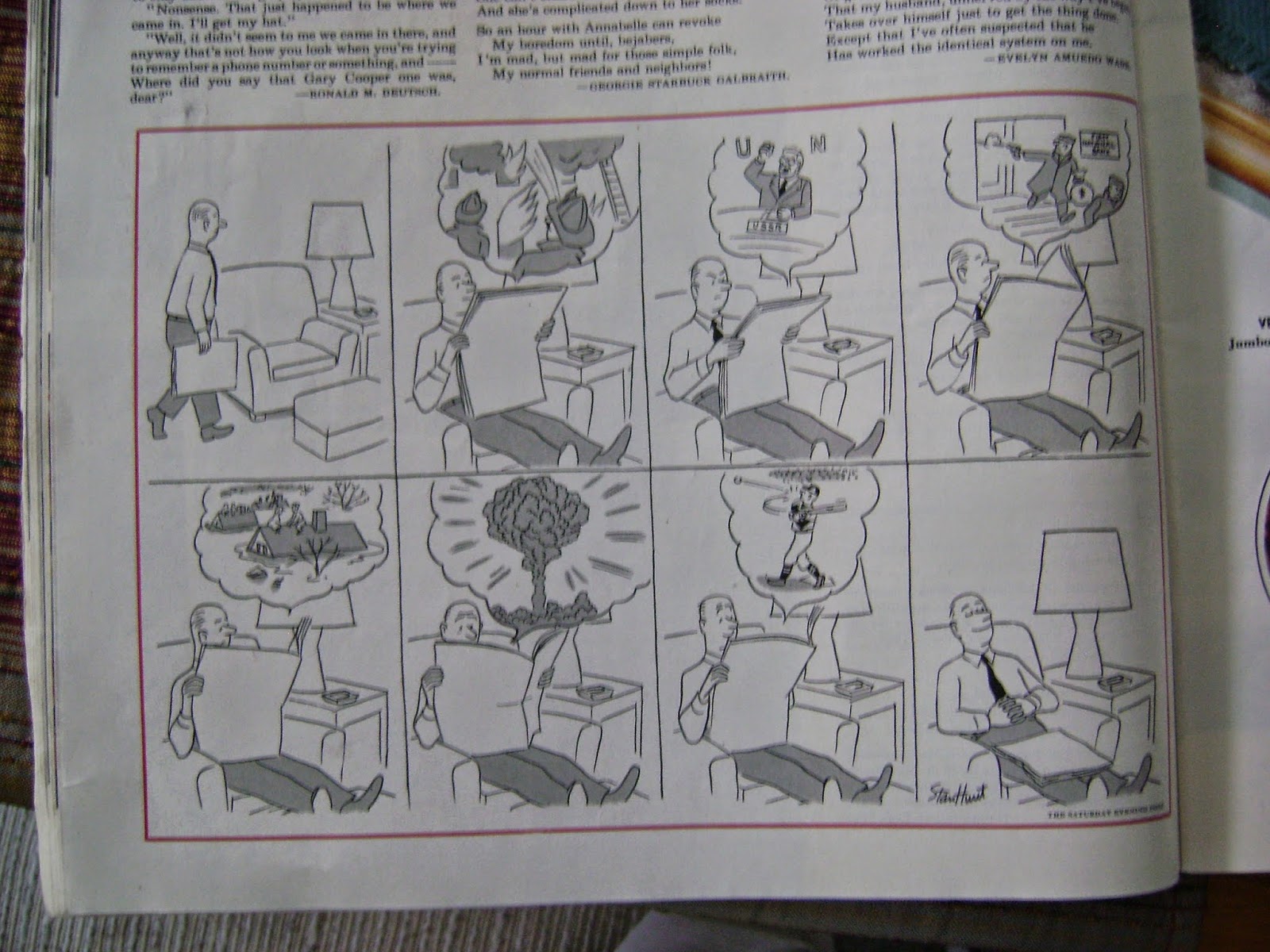 Yup. Baseball, take me away.

Jeff said…
Those are awesome. Although the articles were most likely just a tactic in his divorce proceedings.
August 2, 2014 at 8:48 PM

Anonymous said…
This is also in a day when the Sunday comics were something to be spread out on the floor and pored over, rather than a series of postage stamps that tell a single joke or story (often not very well).

Fuji said…
You captured one of my favorite things about vintage magazines... the advertisements.
August 3, 2014 at 11:26 AM

Commishbob said…
Great stuff, thanks for posting these. Sealtest was our ice cream of choice
August 3, 2014 at 9:09 PM