The man who wrote the rule 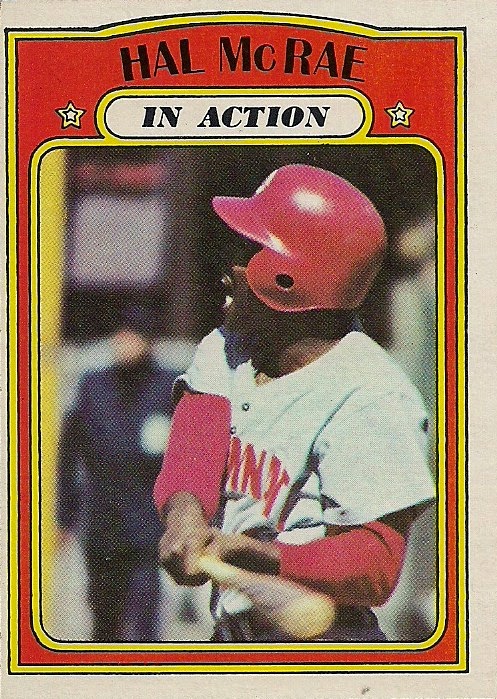 I don't have a lot of nice things to say about the new play at the plate rule. Some call it the "Buster Posey rule," and although I never need an excuse to dislike a Giant, this just gave me ammunition that will probably last a lifetime.

But Posey isn't the first player to lead to the creation of a new baseball rule. It's happened a few times. And it's happened regarding violence on the basepaths, too.

In 1978, baseball created a rule that required base runners who are attempting to break up a double play at second base to make an attempt to touch second base in the process. This was created because of what the Royals' Hal McRae did in the first game of the 1977 ALCS as he landed a cross body block on the Yankees' Willie Randolph well beyond second base.

How far beyond? Well this screen capture pretty much explains it: 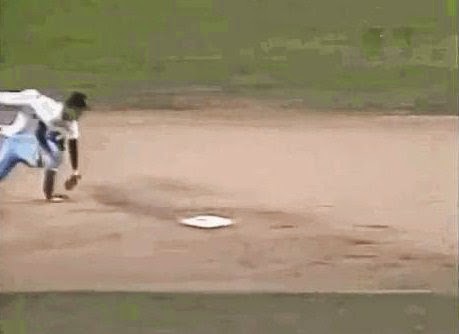 You can see second base in the middle of the picture. And McRae, bottom, and Randolph, top, aren't anywhere near it. That's all McRae's doing.

The rule became known -- and is known -- as the Hal McRae rule.

Unlike the Posey rule, I can understand the reasoning behind it. The objective of a slide into second should be to get to second. Anything else is just mayhem. (And note, the rule doesn't say the shortstop or second baseman must "allow a lane" or do anything differently).

McRae is probably known most for that play, flipping out during a press conference and destroying a phone, and for being the father of Brian McRae. But before all of that, he was one of my favorite non-Dodger players.

It helped that McRae was one of the first cards that I pulled out of a pack of 1975 Topps on the day I bought my first packs of cards. (For awhile I thought his card was actually the first, but through exhaustive searches of my brain, I've realized the Darold Knowles card was the first one).

Looking back, McRae was just a 1970s kind of player. He was aggressive on the bases, he was a doubles machine, and he played for two of the top baseball teams of the 1970s, the Cincinnati Reds and the Kansas City Royals.

McRae was traded to K.C. too soon to enjoy the height of the Big Red Machine days, but he was the focal point, along with George Brett, of Kansas City's three straight AL West championships during the late 1970s.

He has some interesting cards, although not as interesting as they could be. For one, I would like to know how he got five years younger between 1982 and 1987. I guess beards really do make you look like an old man. Secondly, this will crack me up forever.

He also has some repetitious cards, mostly in the 1970s. And that's where I'd like to go with this. Yup, it's finally time for another Best of the '70s poll.

Which Hal McRae Topps card do you think is the best one?

Here is a look at all of them: 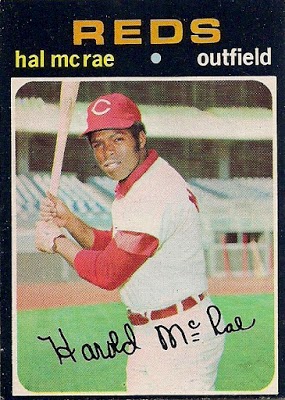 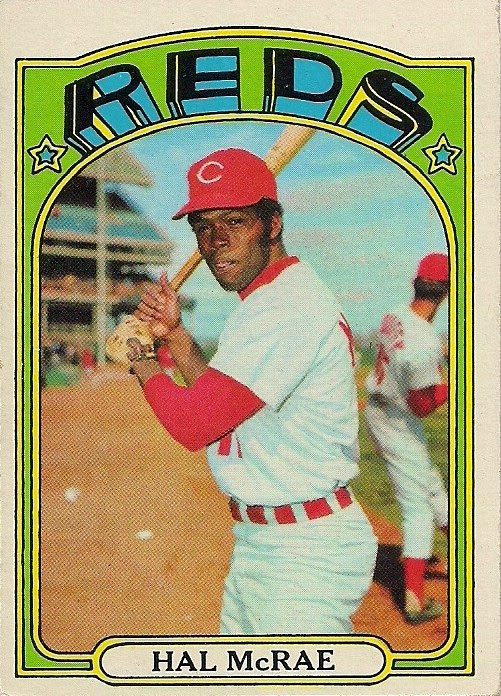 1972: Still relying on the batting pose. I believe that is shortstop Frank Duffy behind him. (McRae also appears in an In Action card in the set, which you saw at the top of the post). 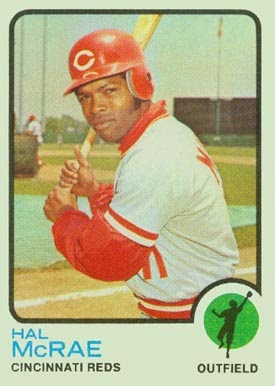 1973: Oh for crying out loud. Are you going to stand like that all day, sir? This is the only McRae card here that I don't have. Yup, it's a filched image. 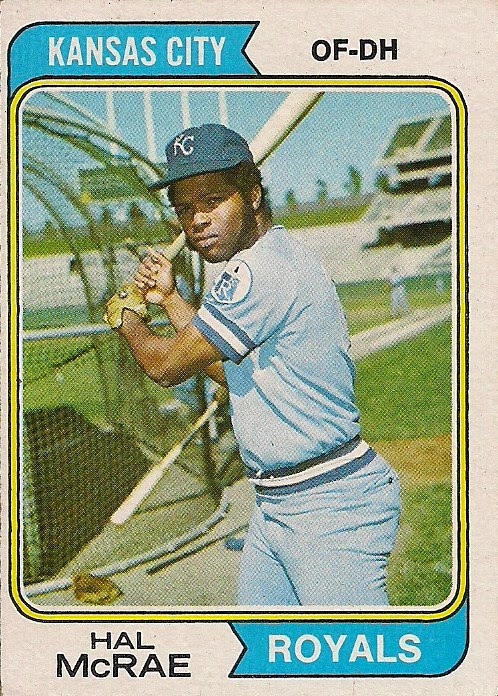 1974: By now you're asking yourself what the point is of voting on these cards. Even a change of teams can't get McRae to do anything different for the photographer. This is a man who practically maimed people on the basepaths! Get him doing SOMETHING. 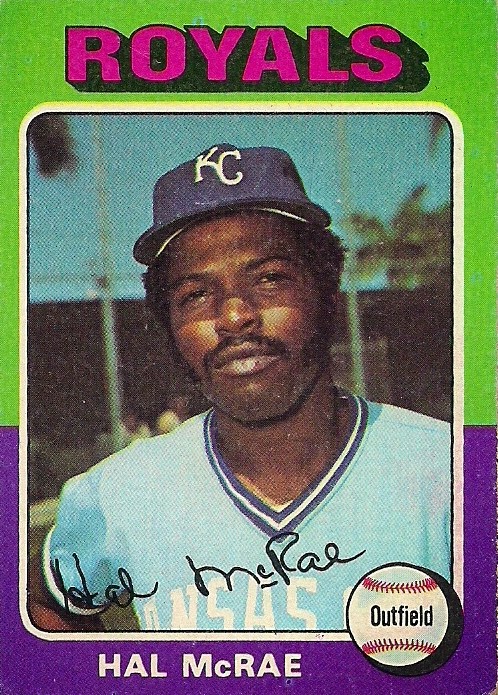 1975: Finally. No batting shot. This card may be boring to some, but I have a super squishy soft spot in my heart for this card because of the circumstances behind it. As a kid, it seemed like McRae filled the entire photo. There was no palm tree or people or fence behind him. It was all McRae. I'd have a difficult time not voting for this card. 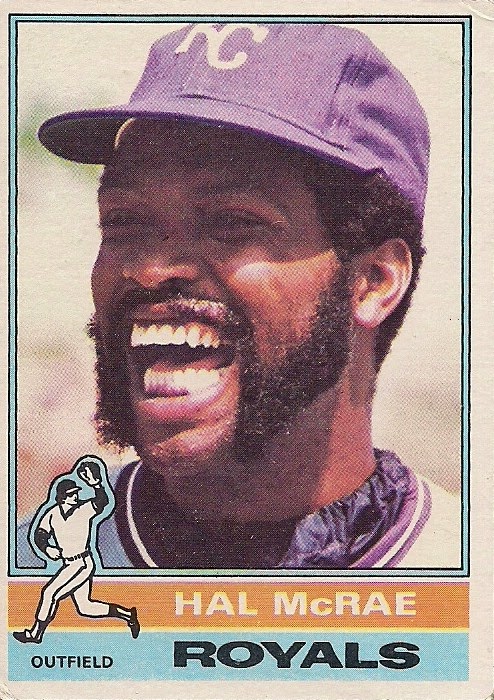 1976: This is the card that I think will win. Perhaps even in a landslide. Have you ever seen a larger guffaw on a baseball card? And those chops! You could serve garlic mashed potatoes with those things. What a glorious card. 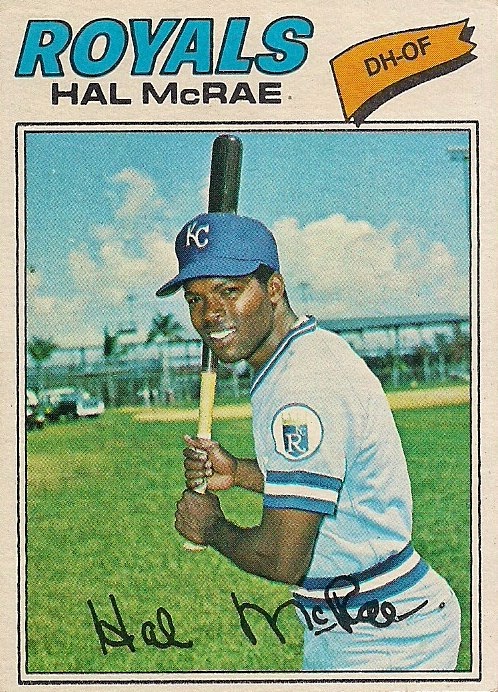 1977: OK, back to the batting pose. I actually like this card a lot and always have. You didn't see black bats much at this time, so this was certainly unique. The spring training atmosphere behind is fantastic, right down to the cumulus clouds. 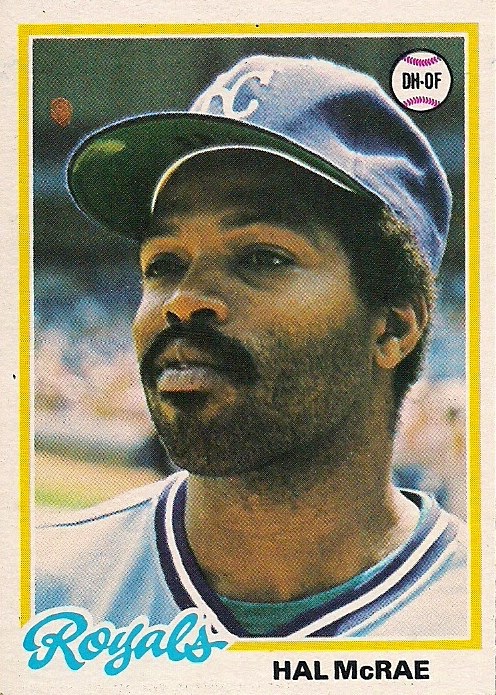 1978: I guess I'll call this "sedate McRae." It contrasts nicely with the '76 McRae and I noticed that right away when I pulled this card. This came out the year of the Hal McRae rule. He seems so calm about it. 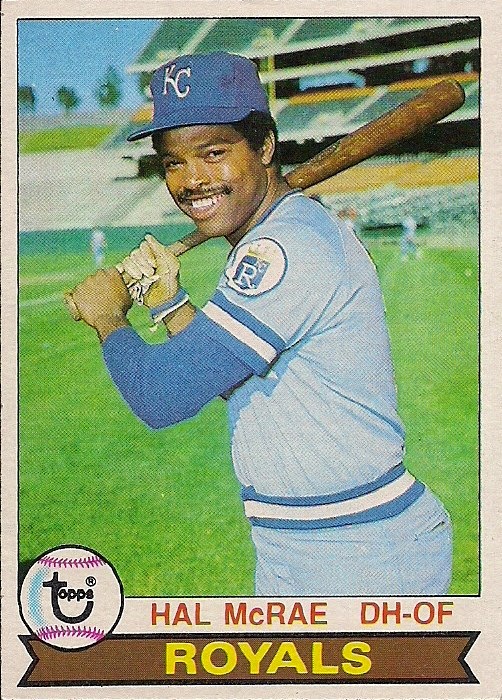 But it won't be until his 1982 card that McRae is featured on the basepaths.

Maybe Topps figured what's the point? After all the Hal McRae rule is in effect. 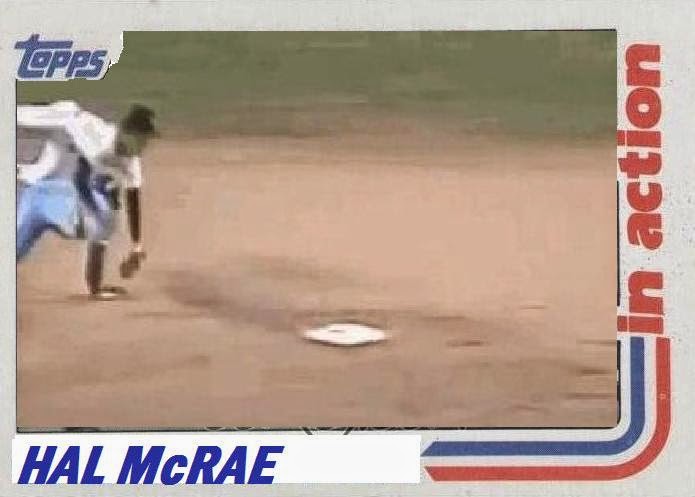 Although something like this would have been terribly excellent. (Pay no attention to the horridly sloppy MS paint action).

So now it's time to vote.

There is a poll on the revamped sidebar. It'll be there for a week. Vote for the Best Hal McRae card of the '70s!

You can even vote for one of those bat pose shots.

Jupiterhill said…
I like the 75 card. It reminds me of 20 years later when he would throw that tantrum in KC with the phone. DO I LOOK LIKE A FOOL? That will always be my memory of Hal, I was still a kid and the Royals were (and still are) my team. I must say though I have never been a fan of the color schemes of the 75 set.
August 21, 2014 at 5:13 AM

The Royals organization has given McRae a big "eff you" and vice versa, which makes me really sad. I hope it's fixed in his lifetime.
August 21, 2014 at 4:59 PM