August 13, 2014
(In all the time I've written this blog, I've never written a post more than two days ahead of time, with the exception of one vacation period. You'd think I would have made this easier on myself by now. I guess I always need that deadline. Anyway, it's Cardboard Appreciation time. This is the 211th in a series): 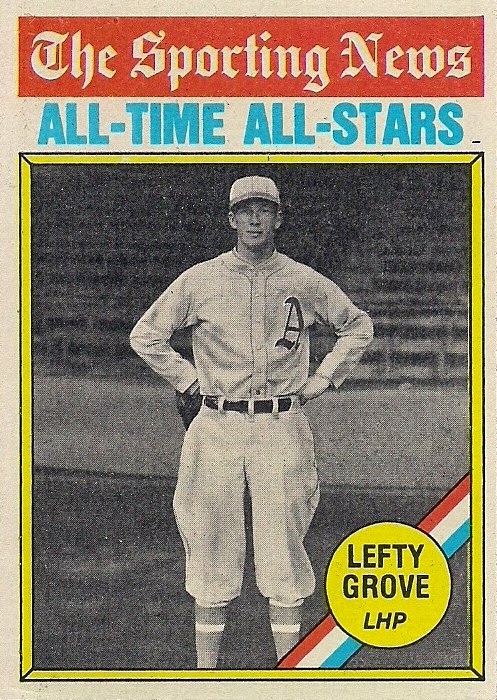 Today is National Left-Handers Day. I addressed this day with a post a couple of years ago, so I won't rehash ... much.

After all, it's well-established that baseball needs left-handers, possibly more than any other team sport. I would hope that every fan knows that the sport wouldn't be the same without them. And I'm not just talking about nicknames, like Lefty Grove here.

To illustrate how dependent baseball and baseball history is on lefties, I thought I'd take a Frank Capra-esque "It's a Wonderful Life" tour through the 1976 Topps set. (It just seemed to be handy as I pulled out the Lefty Grove card). What would happen if the lefties in this set never existed?

But I limited it to more than just "lefties". I wanted TRUE lefties, like me. Lefties who both threw and batted left-handed. And none of this "both" stuff. Yes, I know switch-hitting helps your resume as a ballplayer, but I wanted nothing but serious lefties here. What would happen if just those kind of lefties who appeared in the '76 set were never born? 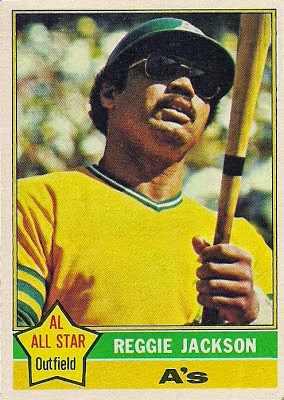 Well, let's start big. We would never know "the straw that stirs the drink." Because Reggie is a lefty through and through. No three-home run game in the World Series. A less colorful brash, brawling Swingin' A's team. Fewer Billy Martin disputes. 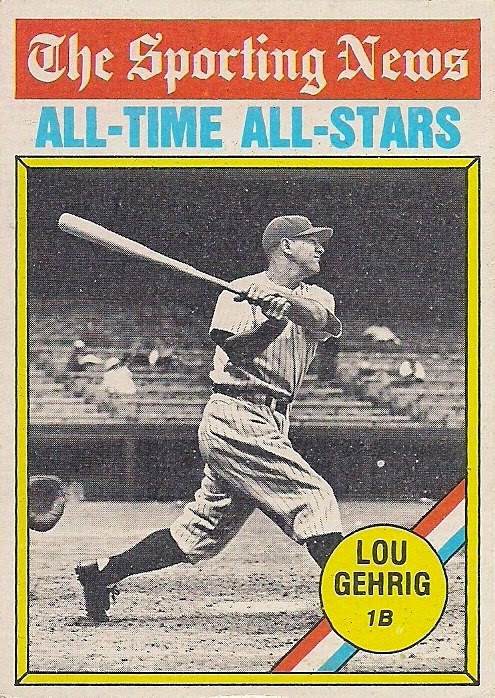 The most famous speech in baseball history would never be read. Because that was a lefty who considered himself the luckiest man on the face of the earth. And Cal Ripken's mission to break the consecutive games played record would have been a little easier.

Rickey Henderson would break not the single-season stolen base record of Lou Brock -- because who had heard of lefty Lou Brock? -- but that of Maury Wills. The Nationals' Adam LaRoche (and his brother Andy LaRoche) would not exist, because their lefty throwing dad, Dave LaRoche would have never been born.

The No. 8 spot in the batting order of the Big Red Machine would have to go to someone else because there would be no Cesar Geronimo. The awesome rookie season of Fred Lynn would not have happened because Lynn was a lefty. 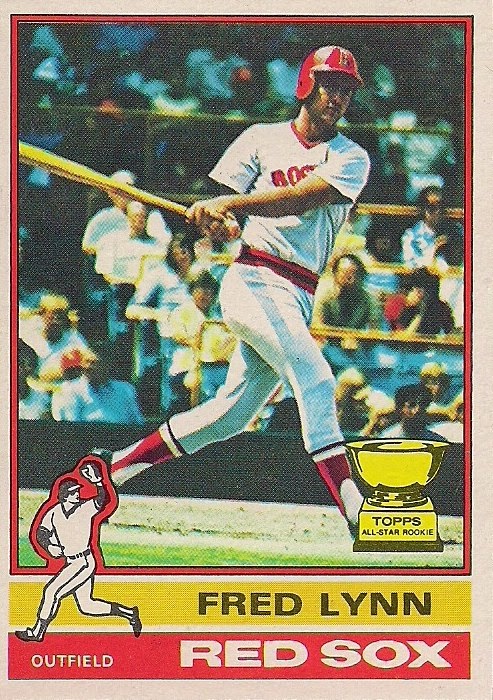 I'd still be waiting for a former major leaguer to comment on my blog because the one who did (Jerry Reuss) batted and threw left. Harvey's Wallbangers from 1982 would be much less potent because Cecil Cooper and Ben Oglivie were each diehard lefties.

Forget about a delightful character who practically limped to plate and sprinted around the bases. Mickey Rivers was a lefty. We would never know one of the greatest fielding pitchers and a darn good announcer, too. Because that would be lefty Jim Kaat. 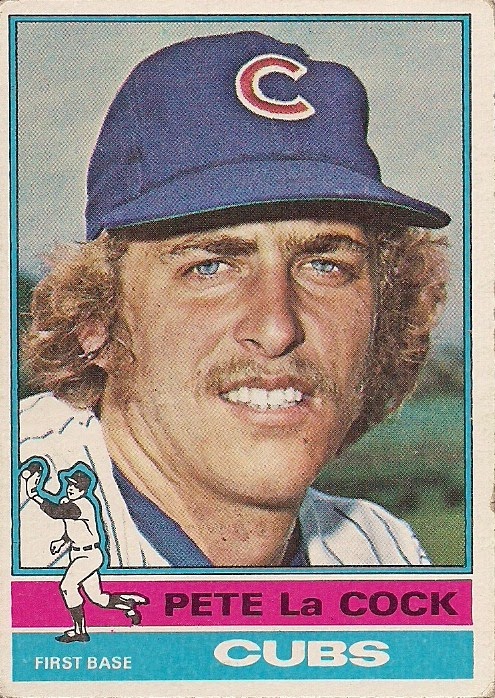 Who would bloggers talk about? Certainly not Pete LaCock. Or Tippy Martinez. Or Bill Lee. Each of them went about their tasks left-handed. Just think: nobody around to call Don Zimmer a gerbil.

When people recalled "hot dogs" of the past, Willie Montanez's name would never come up. Hank Aaron's record-breaking 715th home run would not be caught by Tom House, because who was left-hander Tom House? And speaking of the career home run mark, Aaron wouldn't be chasing home run 714 because that was hit by Babe Ruth. 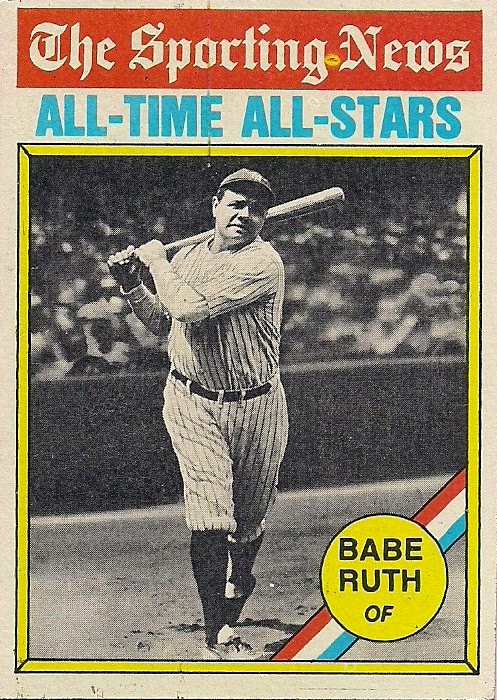 Babe Ruth was a lefty. That's right. There was no Bambino if lefties didn't exist.

There would be no one to save the flag from being burnt in center field in 1976 because the guy who did that (Rick Monday) was a lefty. The Red Sox might have won the World Series in 1986 because Bill Buckner wouldn't have been playing first base in Game 6. He was a lefty. We wouldn't have Rowland's Office or Scuzz because the inspiration for both those names (Rowland Office and Ross Grimsley) were lefties.

Two talented Dodgers outfielders of the '60s would never make Hollywood because Willie Davis and Willie Crawford were both lefties. Oh, and back to Aaron for a minute. He might have never become a Brewer. 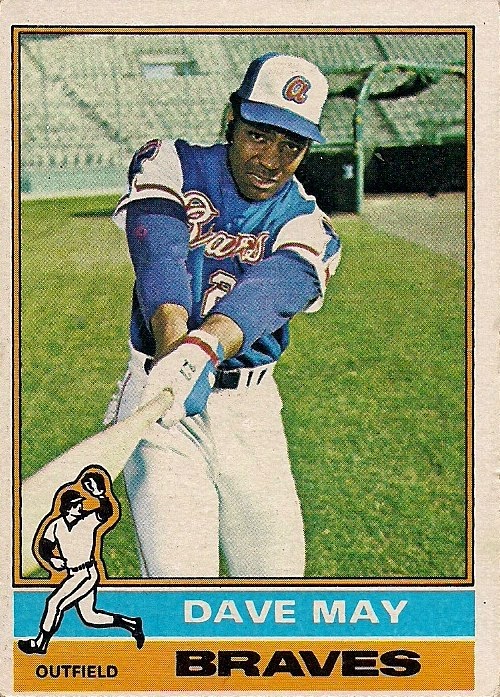 We wouldn't be citing the grand slam pitcher Mike Cuellar hit in the 1970 ALCS. Cuellar was left-handed. No Houston Astros fans would be chanting Cruuuuuuuuuuuuuuuuuuuuuuuzzzzzzzz during the early 1980s because Jose Cruz played lefty. And forget about seeing stars on the pillbox caps of the Pittsburgh Pirates. Willie Stargell was left-handed.

Mets fans could not boast of life-long New York Met, Ed Kranepool. He played left-handed. There would have been one-less Yankee killer on this earth. Larry Gura threw left-handed. No one would talk about Steve Carlton's 1972 season in which he won 27 games for a team that had only 59 wins. Because Carlton's nickname was "lefty."

Ron Guidry's 1978 season never happened. Johnny Bench never leaped into the arms of pitcher Will McEnaney to end the 1975 World Series. McEnaney threw left-handed. There would never be a Fat Tub of Goo (Terry Forster). Someone else would have to write the Bronx Zoo (Sparky Lyle). And Ball Four would be slightly less colorful (Mike Hegan). 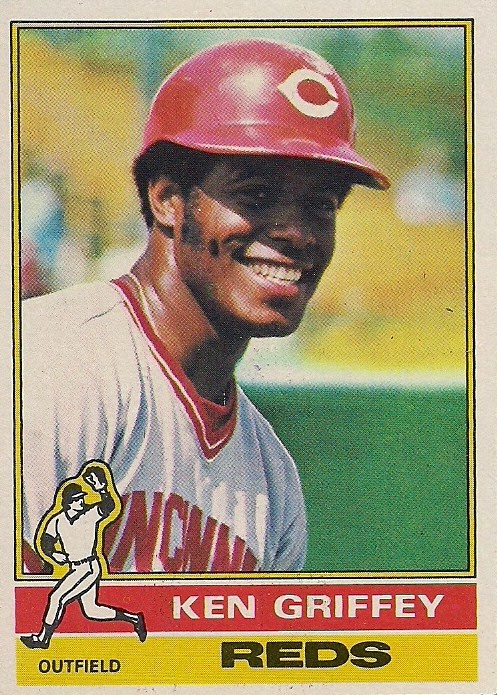 His dad was a lefty.

The game would be a lot less cooler (Frank Tanana) but possibly managed a little better (Mike Hargrove, Tony Muser). And Mets broadcasts would be much less entertaining (Keith Hernandez).

This comic strip may have never been drawn ...

... and perhaps the outcome of the 1962 World Series different. Because Willie McCovey was a southpaw.

In short, the 1976 Topps set would have 117 fewer players in it. Because all of them listed themselves as throwing left and batting left.

Fortunately, we don't have to concern ourselves with what didn't happen because it all happened. Because baseball needs left-handers.

It's just another reason why I love baseball.

There's always a place for a lefty.

As long as you don't catch, or play second, third or short, I guess.