One and done players, update 2 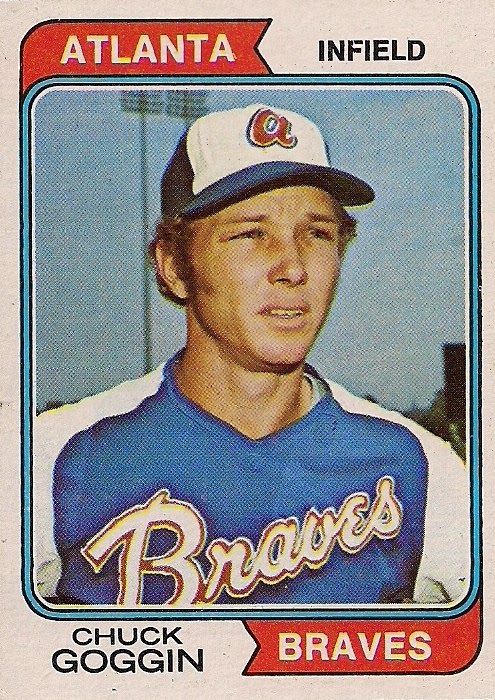 With no ability to buy cards right now, the next best thing I can do is research them. I have several card research projects stagnating, and I decided to do a little bit with one of them.

The "One and Done Players" project involves researching which players received one -- and only one -- card during their playing career. There are a few guidelines that go along with this that I outlined in the original post, but I'll repeat them here.

I have another rule to go along with the above, but I'll wait until it comes up later in the post.

A few people have been nice enough to help me with what is sure to be a very long-term project. Bo of Baseball Cards Come To Life! and Chris of baseballcardpedia.com have each produced lists of one-and-done players for me that will come in handy. In fact, I'll be implementing one of Bo's lists in this post.

I am approaching this research in bite-sized chunks because it's very time-consuming and time is not something I have. So, for tonight's post, I limited my search for one-and-done players to three anniversary Topps sets -- the 1974, 1984 and 1994 base sets.

The differences in the '74 set and '94 set are vast as you can imagine.

But let's start with the 1974 set. Here are the guys who received a card only in this set and none other: 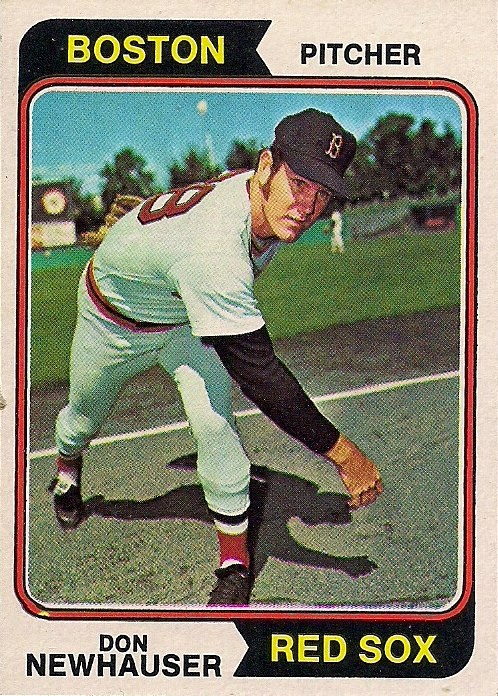 Notes: The Goggin card is one of the greatest one-and-dones of all-time. Goggin is one of only two major league players to be wounded in combat in Vietnam. The back of his card notes that he won the purple heart and a bronze star. I referenced it last Veterans Day. ...The Phillies' Mike Rogodzinski appeared in the '76 SSPC set so I disallowed him from this list. ... Troedson also appears listed as playing for "Washington, N.L.", but I consider that a variation, not a separate card. 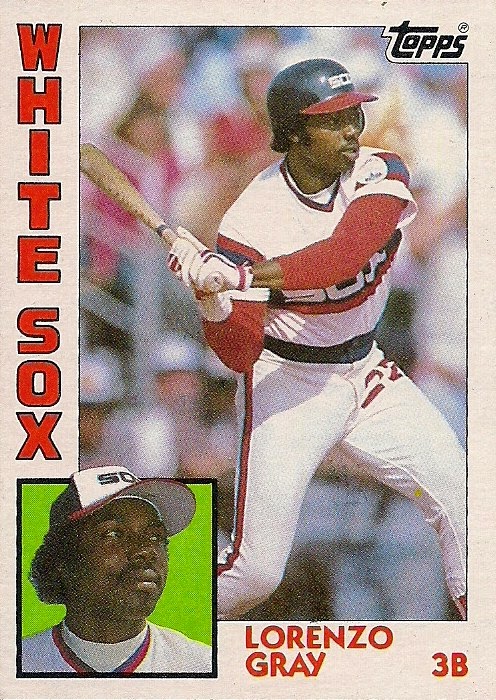 Notes: This list checks out with the one that Bo gave me. It was a relief not having to search for these guys all by myself. ... One day I'll see which team has the most one-and-doners. Right now the White Sox are in the lead. ... It's a bit surprising to see so many OADs in '84, given that Donruss and Fleer were operating at the same time and that there are so few OADs in 1981 and 1982. 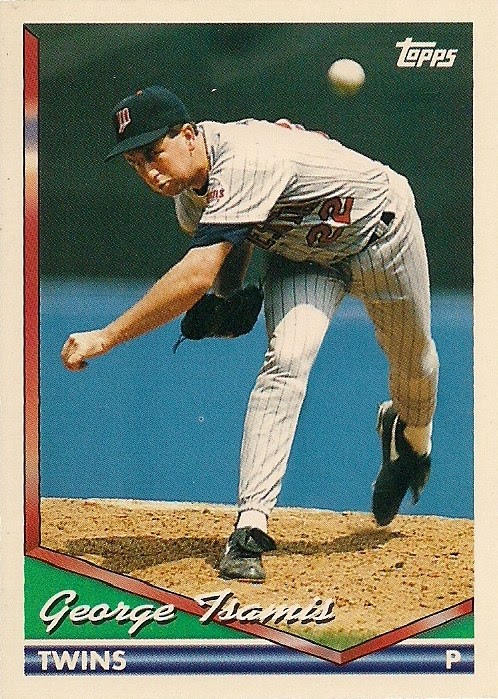 This is where it gets tricky. Because of the sheer number of cards and sets in the '90s, I don't expect to find very many one-and-doners. Even the most forgotten players, like George Tsamis here, has multiple cards because multiple sets were issued by the same company in 1994. Add the fact that since 1989 or 1990, companies were issuing cards of players much earlier in their careers than before and there are innumerable players who own a dozen or more cards who would have never received a card 10 or 20 years earlier.

I was painfully aware of this as I searched the 1994 checklist and kept turning up six or seven cards for players I never knew. 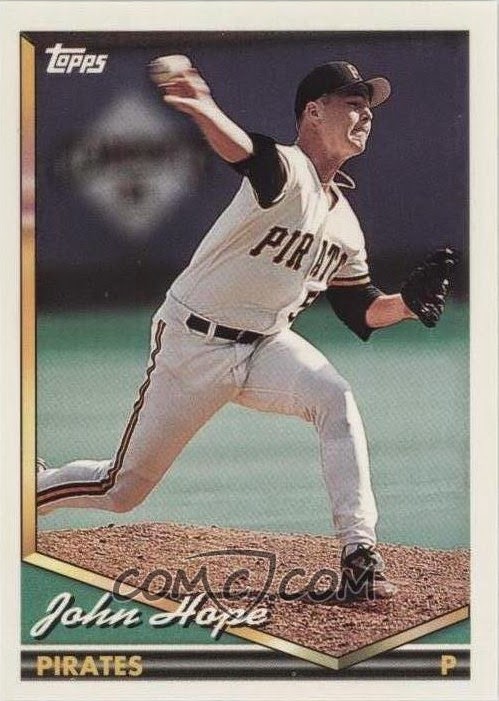 This is John Hope's only Topps card. It is also his only card in a major released set. But it is not his only card from a set released by a major card company.

Hope also appeared in the 1994 Fleer Major League Prospects set, which I think was either a separate issue or an insert set (I wasn't collecting much in '94). Part of me wants to disallow Hope because of this. But if I do that, I might never find a one-and-doner from the 1990s.

So I'll include him.

While going through the '94 set, I automatically ruled out Draft Pick cards because most hadn't even reached the majors yet. And, I decided to rule out Future Stars cards from '94. A lot of those players had barely played a major league game, too. I'll probably continue to do that for '90s sets.

With that determined, here is what I have so far for the One-and-Done cards:


As usual, this is an exercise where I could easily miss someone or miss the fact that the player already had a card in a major set. So if anyone sees anything like that, let me know.

At some point -- probably way in the future knowing how long it takes me to do things here -- I will link the list in the tabs up top or on the sidebar.

Maybe I'll even put some card images with the list.

After all, we've seen cards of the all-stars all too often. Time to see some common one-and-doners.

The Ox said…
Great post. Fun topic.
One correction for ya. According to the Trading Card Database Jim Howarth had a card in 1973 as Jimmy Howarth:
http://www.tradingcarddb.com/Person.cfm/pid/2728/Jim-Howarth
August 16, 2014 at 8:25 PM

The Lost Collector said…
Cool concept. Can't imagine many guys nowadays are one and done with all the different sub-brands that Topps offers.
August 16, 2014 at 8:34 PM

cardstacks said…
Neat post. Would be interesting to read the stories on some of these players. I appreciate that the back of the 74 cards have their minor league stats also.
August 17, 2014 at 9:27 AM

Anonymous said…
Brilliant post. I appreciate the research you're doing. Keep up the great work.
August 17, 2014 at 7:54 PM